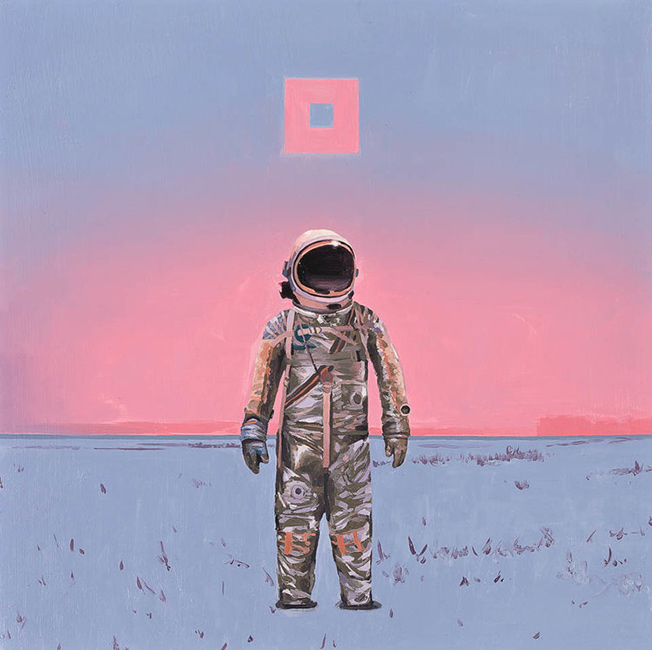 Scott Listfield is known for his paintings featuring a lone exploratory astronaut lost in a landscape cluttered with pop culture icons, corporate logos, and tongue-in-cheek science fiction references. Scott grew up in Boston, MA and studied art at Dartmouth College. After some time spent living abroad, Scott returned to America and, shortly before the real life, non-movie version of the year 2001, began painting astronauts and, sometimes, dinosaurs.

Scott has been profiled in Juxtapoz, Wired Magazine, the Boston Globe, New American Paintings, and on at least one local television station. He has exhibited his work in Los Angeles, Chicago, London, New York, San Francisco, Miami, Boston, and many other nice places.

“I paint astronauts and, sometimes, dinosaurs.

Stanley Kubrick’s 2001: A Space Odyssey was released in 1968, well before I was born, so I have no first-hand knowledge of how it was received. I don’t know if people really believed we’d be living in space in 2001, if we’d have robot butlers and flying cars, geodesic lunar homes, and genetically reconstituted dinosaurs helping or eating us. But from Lost in Space to the Jetsons to Jurassic Park, it seems that popular culture has fostered this space-age perception of the future. Generations raised on these TV shows, movies, comic books, and novels are now grown and living in a future filled with mini vans, Starbucks, iPads, and Hip Hop videos. In many ways, the year 2001 failed to live up to expectations. And yet the world today is peculiar in ways unimagined in 1957, when Sputnik was launched, or in 1968, when 2001 was released, or even in 1994, at the dawn of the internet. The present is in fact a very unusual place, and it’s strangest in the ubiquity of things we take for granted.

The astronaut in my paintings is simply here to explore the present.” – Scott Listfield 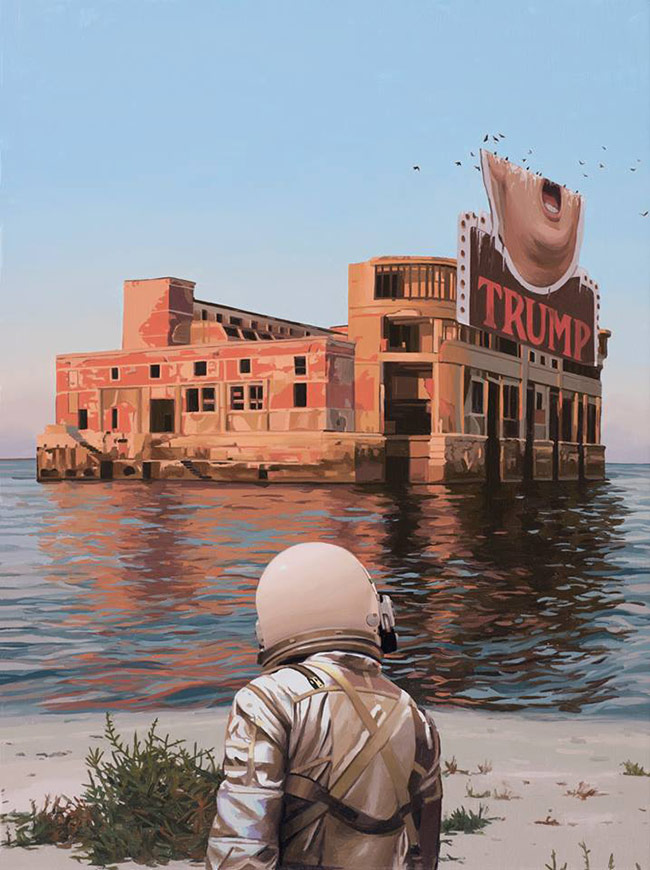 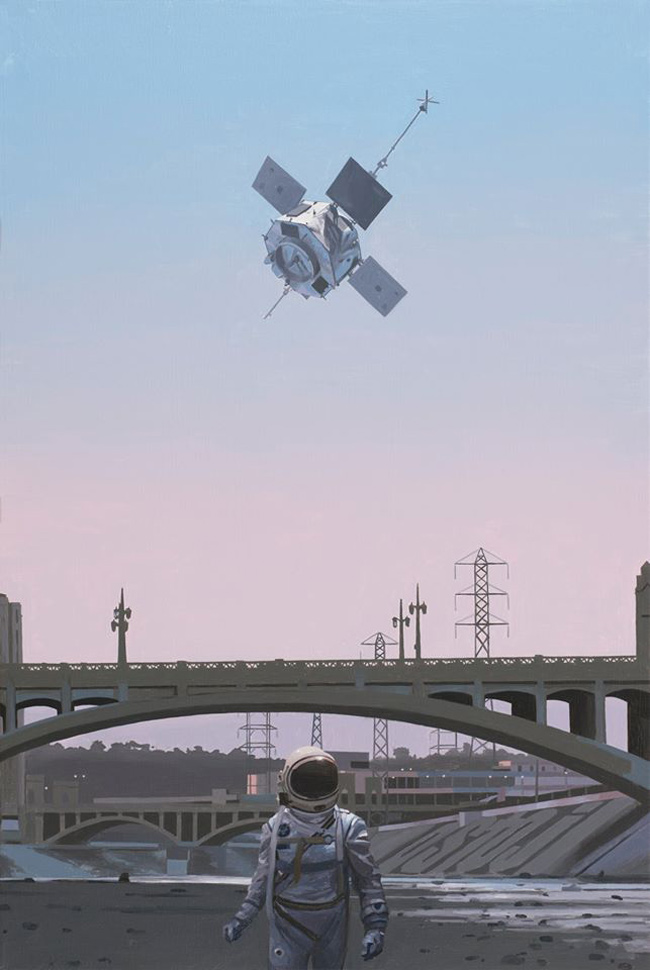 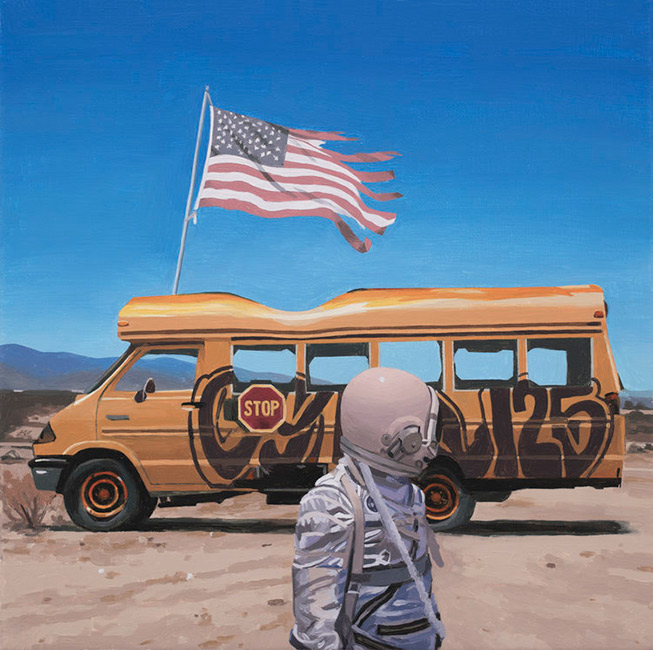 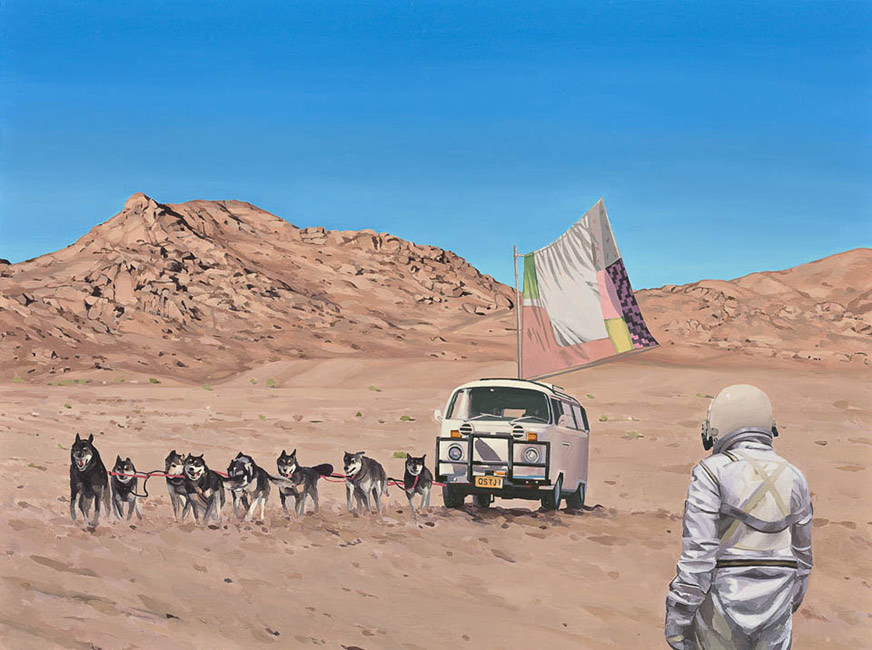 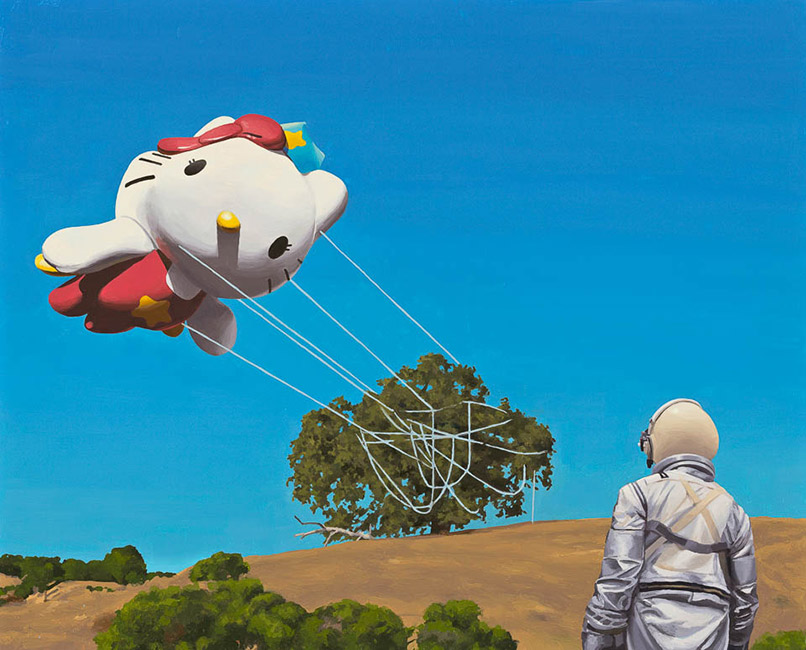 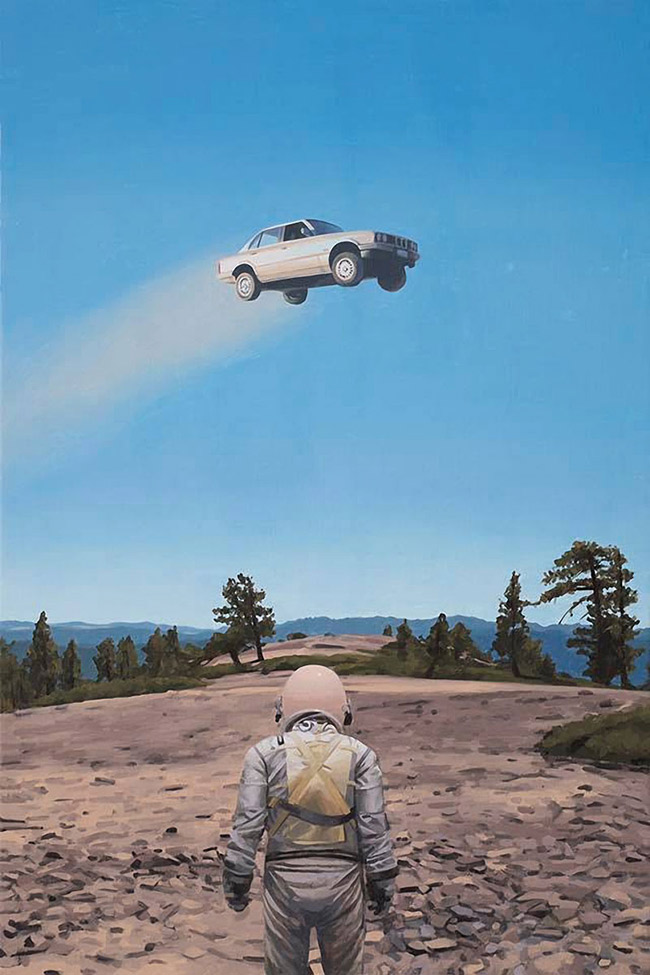 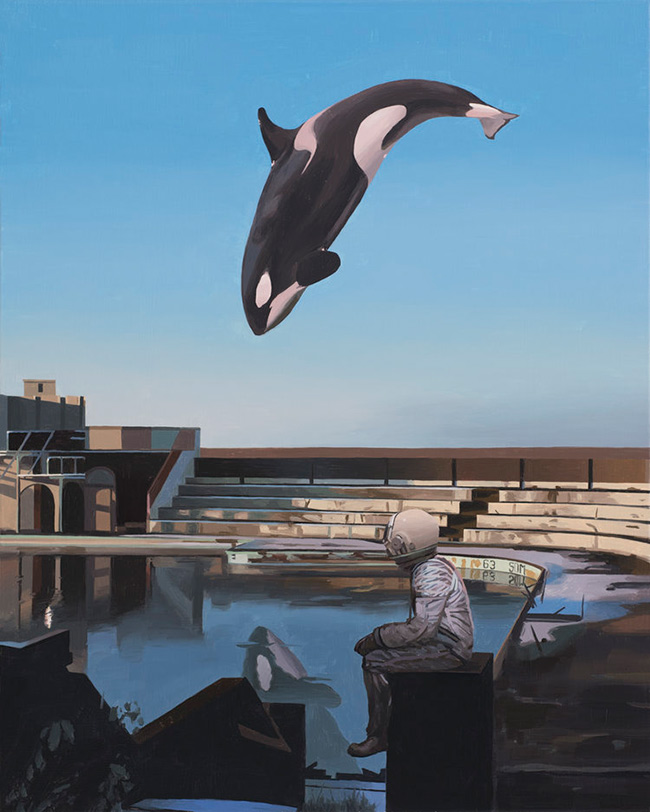 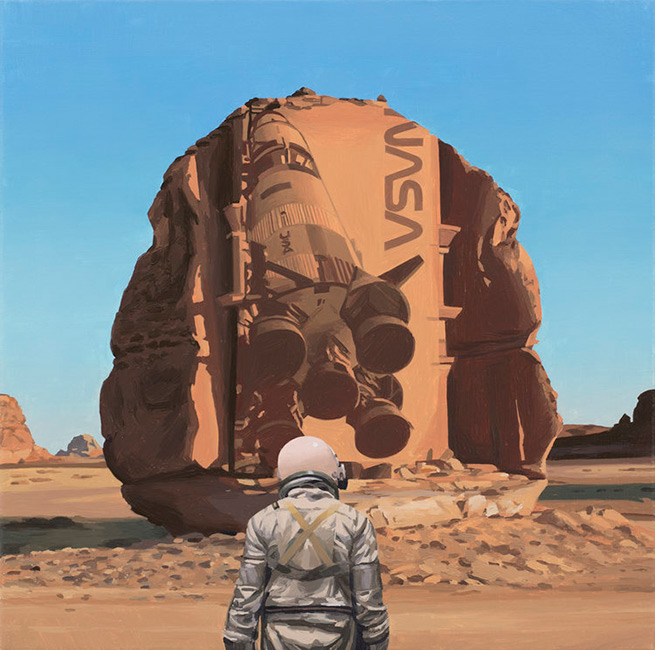 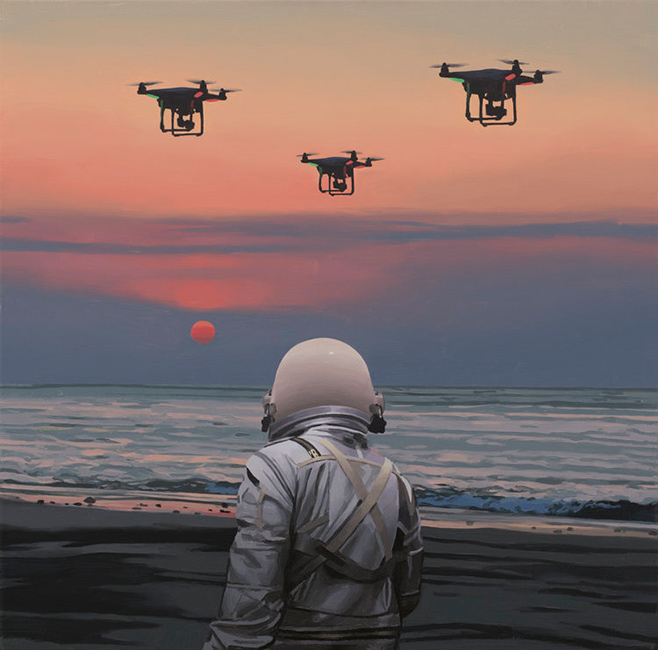 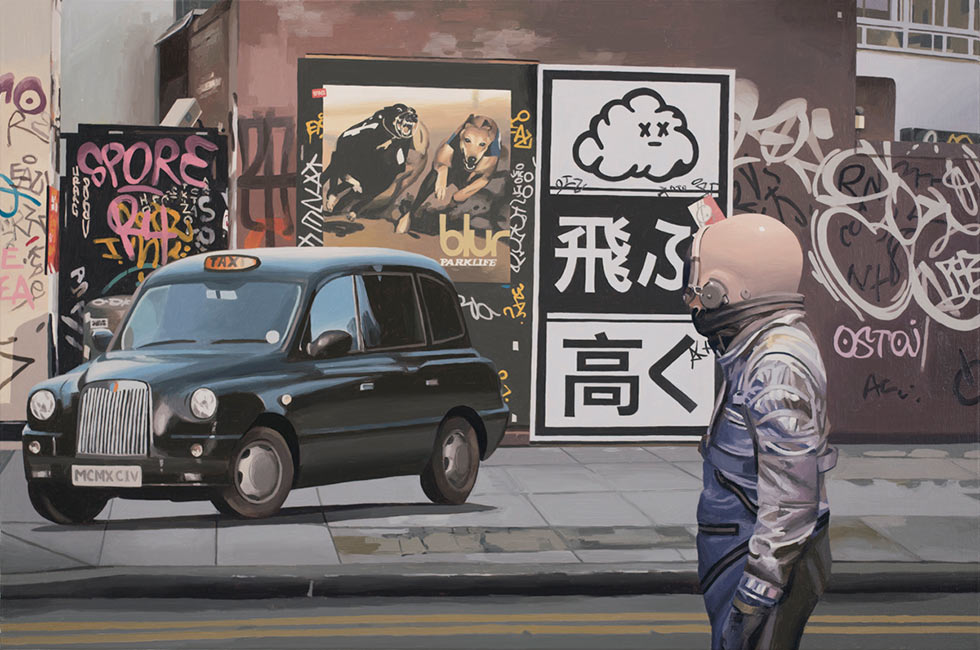 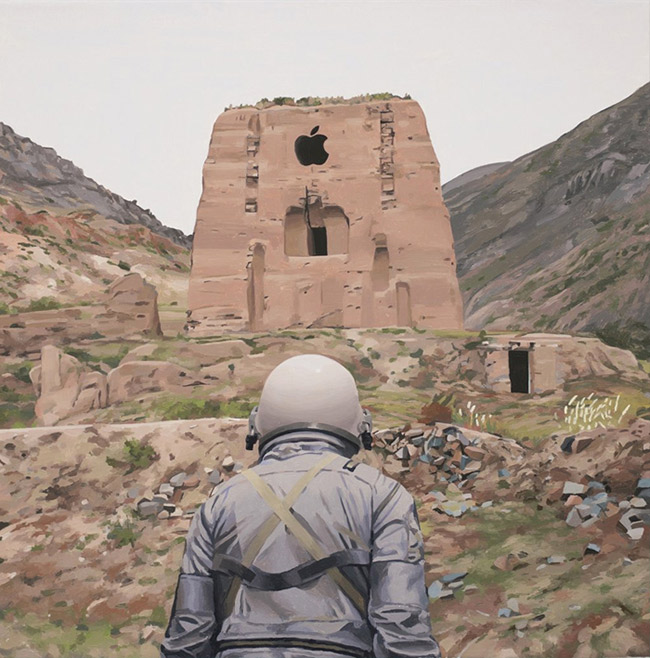 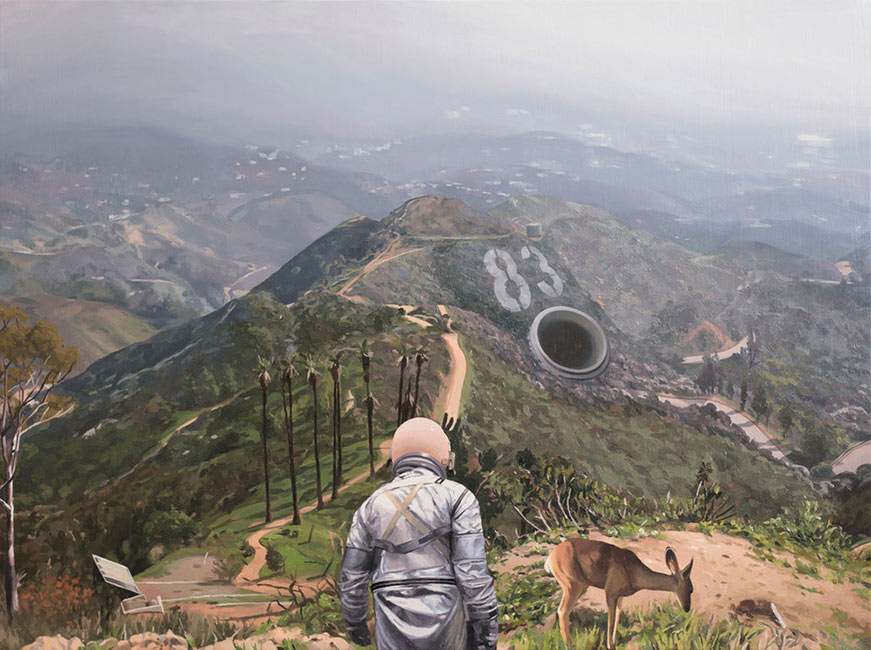