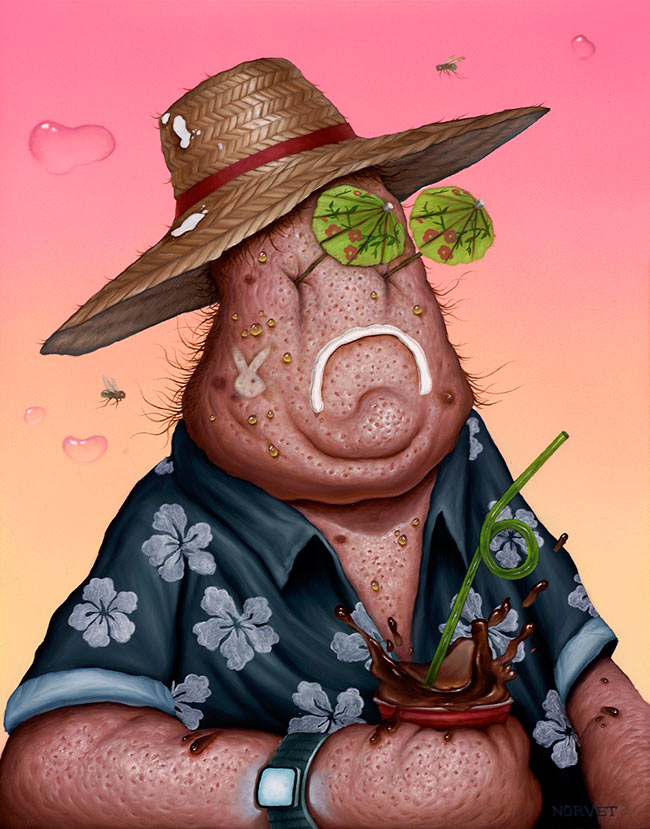 Sean Norvet is an artist and illustrator born and raised in Los Angeles, CA. His paintings are usually precisely executed in oils on panels, but his style and subjects reflect the media-saturated, commercialized environment we inhabit today. His work is often deconstructive and simultaneously jarring, intense, hilarious and disturbing. His work is sometimes explosive, sometimes still, and often mashes up elegant photo-realism with two-dimensional cartoon buffoonery. His three-dimensional sculptural installations, usually involving food, offer a satiric, ephemeral cheapness in which the medium is the message. As urgent and commanding as his images are, he playfully invites viewers in to share the laugh; he doesn’t preach.

“It really started to develop once I graduated art school. A lot of my early work started with attempts at distortion and warping of the human anatomy. I would stretch out body parts and push them around. I then became interested in surrounding figures with clutter-filled space (random objects, food, shapes etc). Eventually, the backgrounds and the figure switched places and I started mashing-up objects into the figures themselves. I started to become more fascinated by the everyday items that make us who we are than I was in the person’s actual appearance.” – Sean Norvet (We Heart) 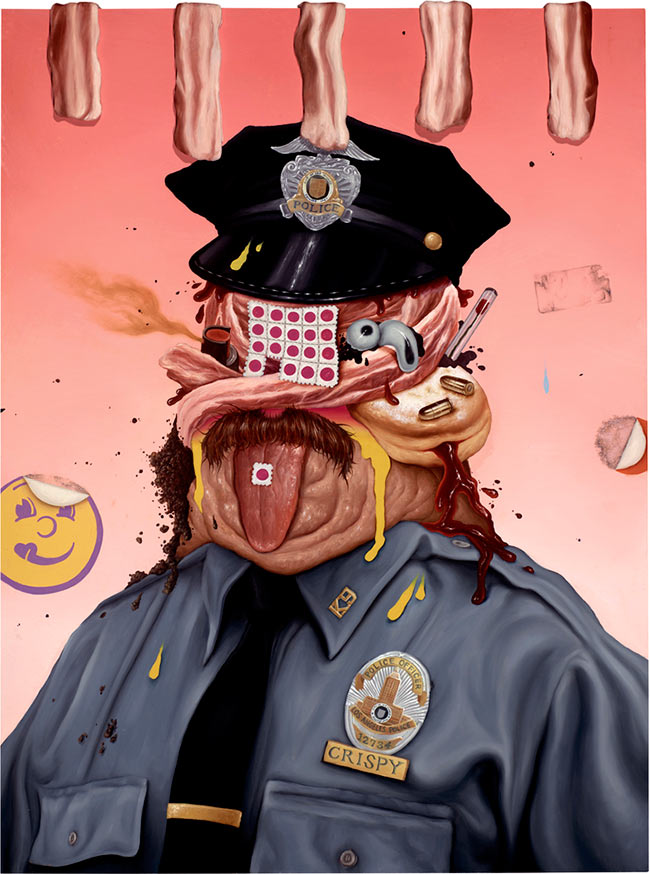 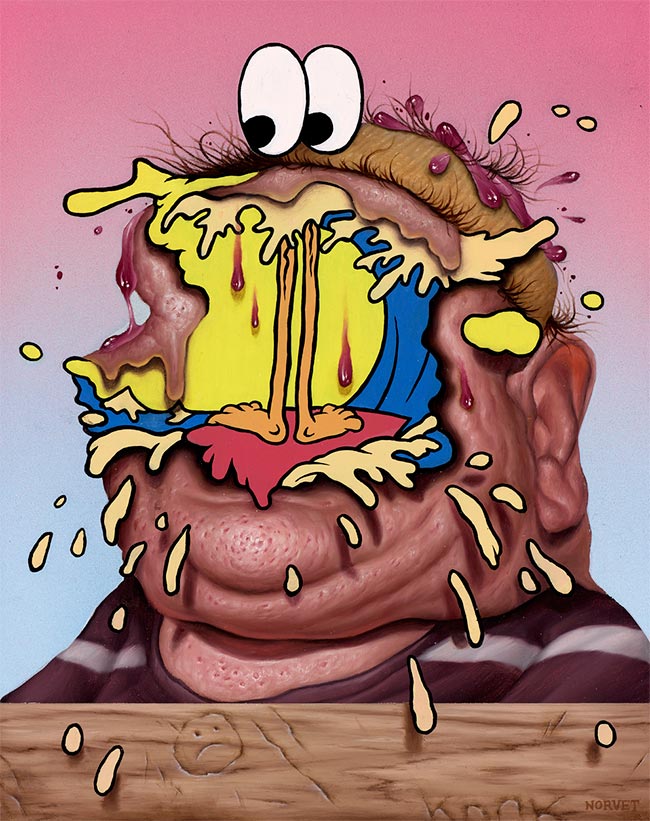 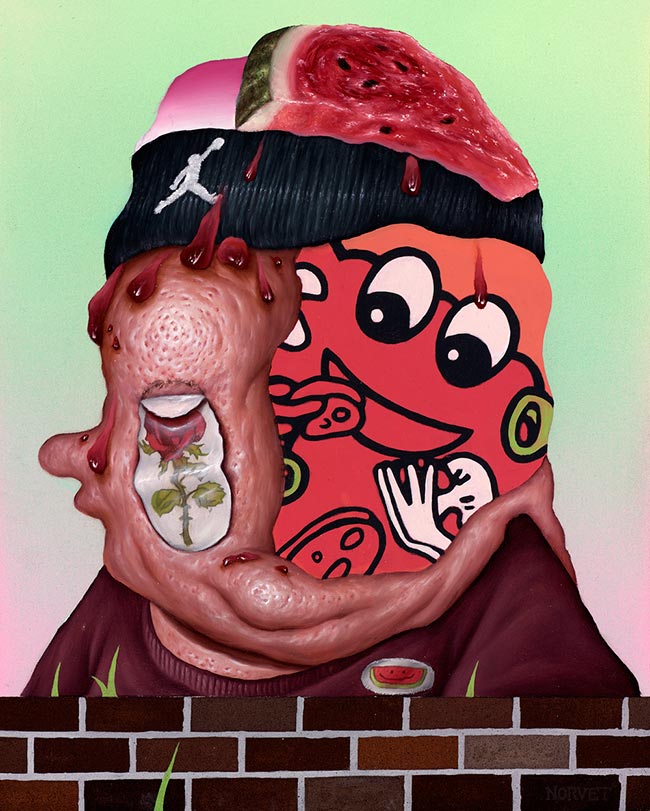 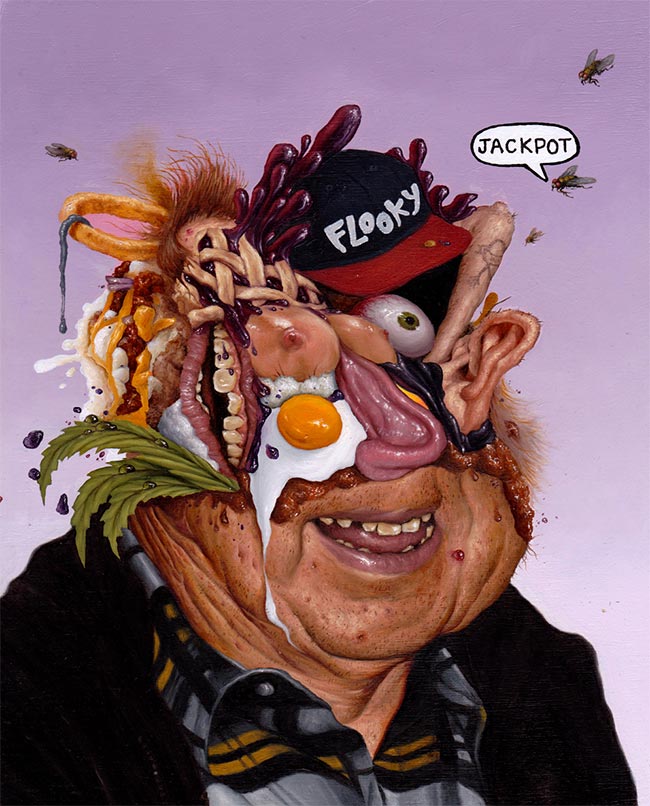 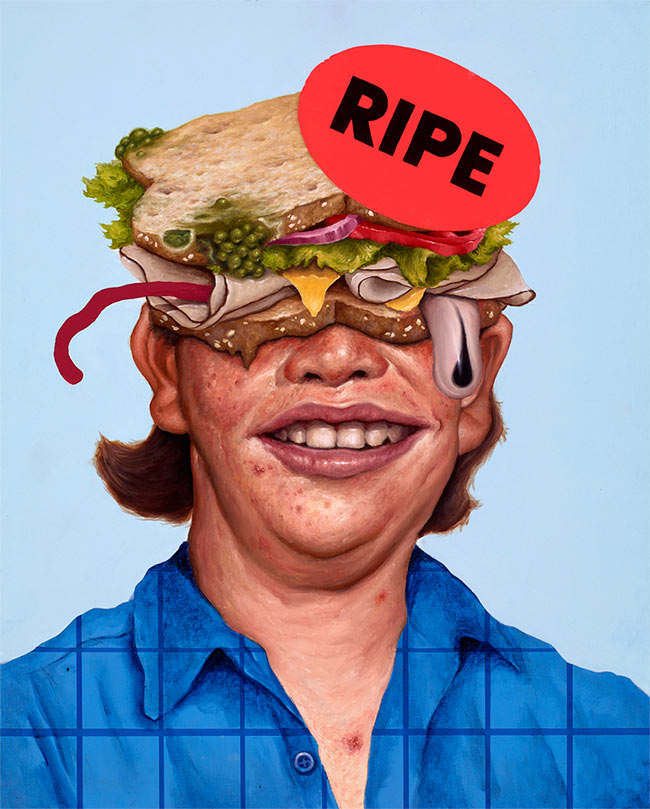 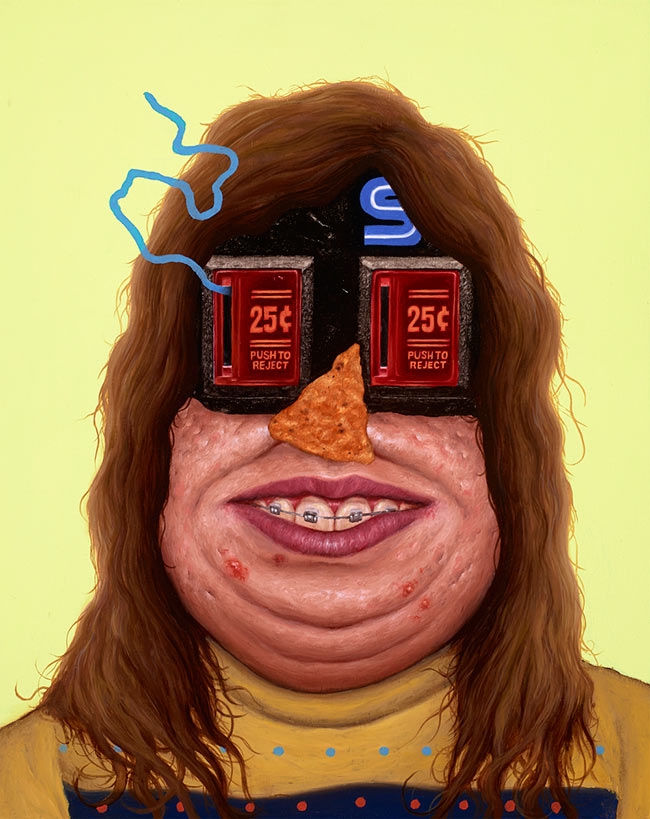 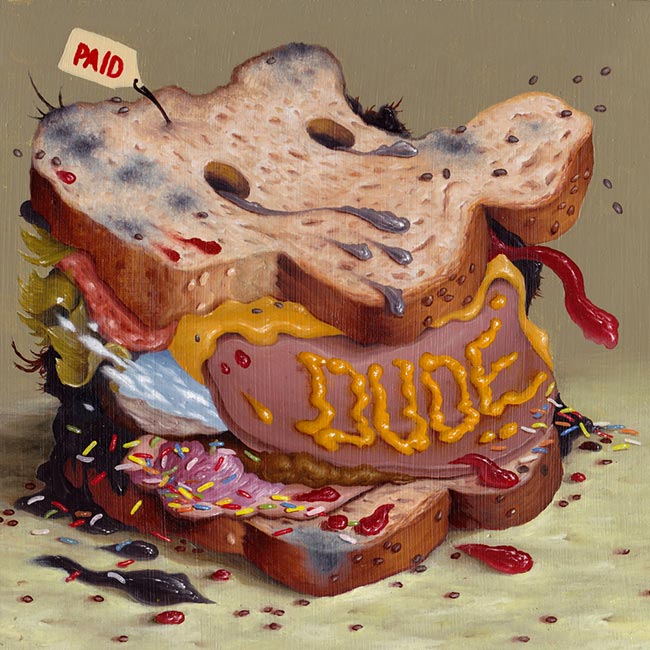 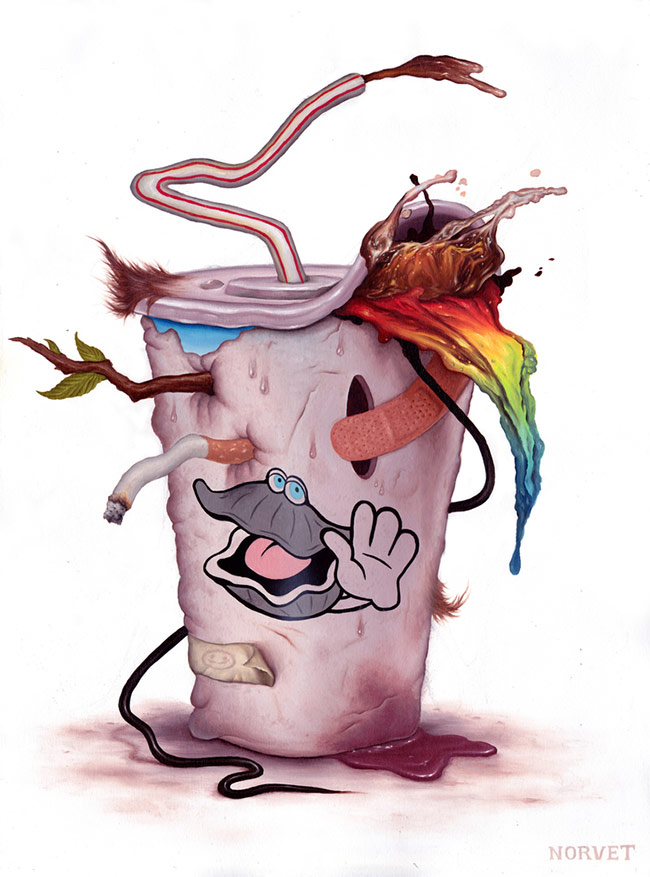 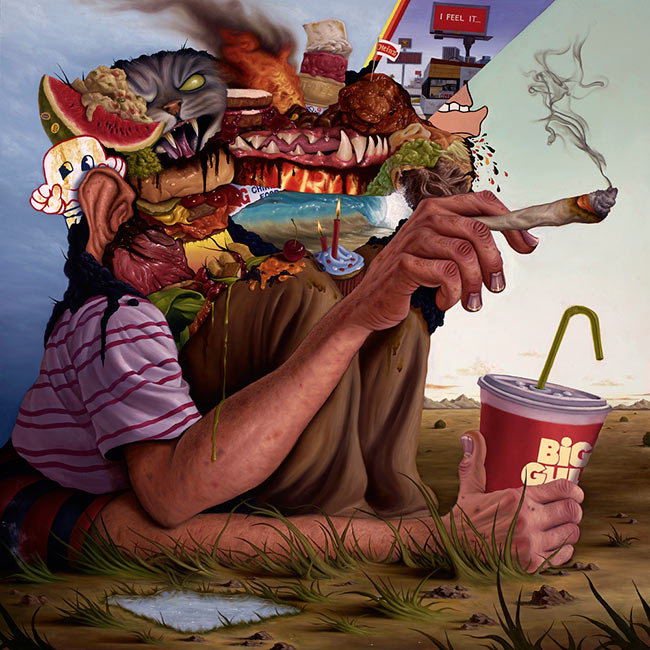 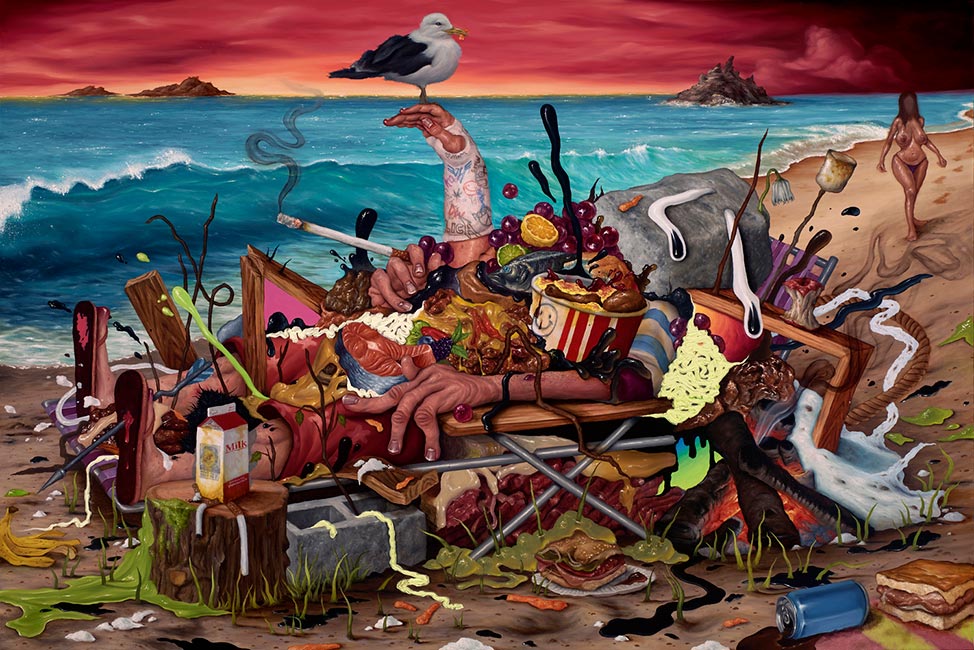 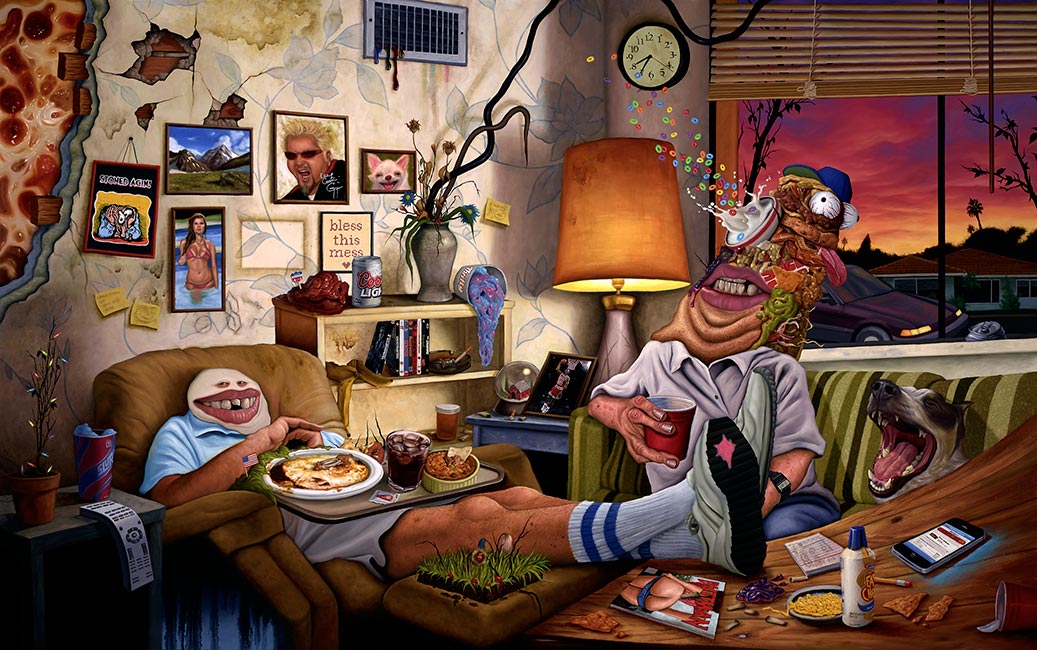 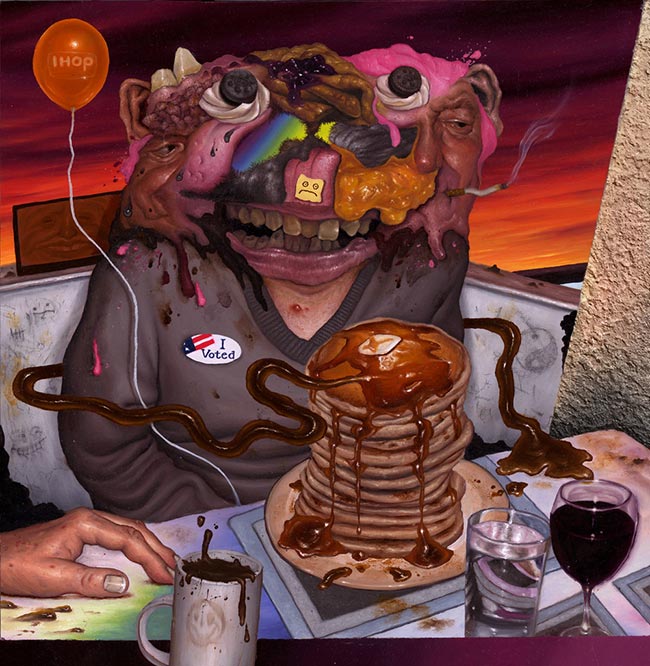