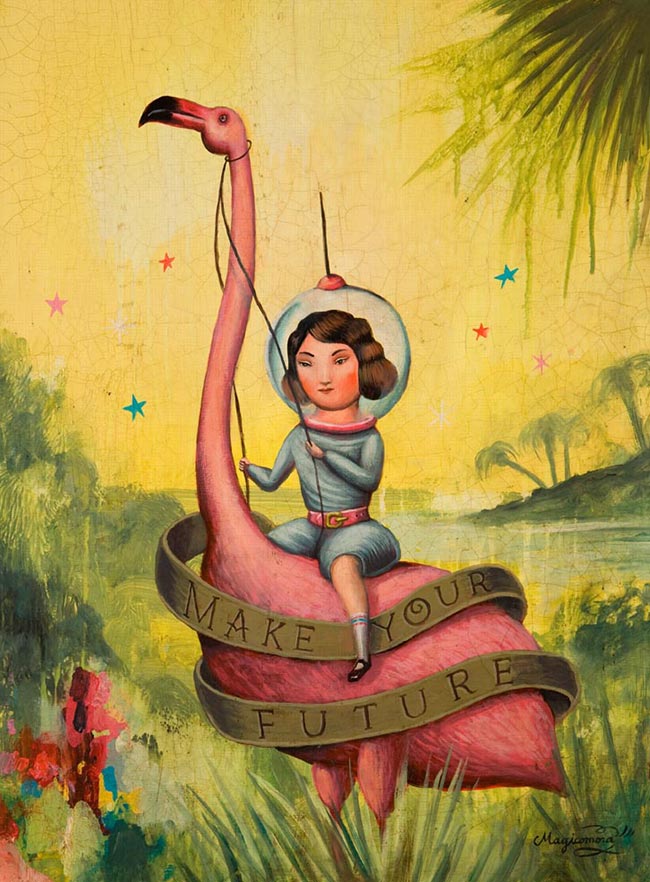 Sergio Mora is a visual artist who is currently based in Spain.

There are people who do not settle with what is generally called reality. Due to this their life becomes complex and therefore is enriched extraordinarily, by having an attitude of not limiting themselves to accepting reality without questioning it, that external reality facing each one of us which presents itself as an accomplished fact that we have to accept and submit to.

Practical people that limit themselves to a realistic register maybe ignore that by doing this they are renouncing the opportunity to reinvent reality day after day and discern many ‘other worlds’ within reach of those who have ‘metarealist’ and surrealist desires, of those who have access to other sensual experiences because they feel in all its depth the music of the world, the magic and poetry which existence can offer.

Many of these people tend to propose other possible realities, less limited, more free or tending towards the infinite. They feel the need to express their conceptions and visions, and therefore they write, compose, draw, carve, act, film, dance.

Sergio Mora is one of these people that, like the protagonist and the director of the film ‘Big Fish’, who know the value of the light of fiction and the energy of daydreaming. Magicomora (as he sometimes signs his work) we could say, like Nick Drake’s song: ‘I was made to love magic’. The difference is that he has not given up and successfully fights the melancholy that stalks around us: he creates his own magic and recreates himself in its figures and colours.

But maybe the most important factor is that Sergio Mora has conserved the child within himself, he has not lost it, and as he is, he will never lose it. In the work of this cartoonist, illustrator and painter, various ages and tones live together: transgression and tenderness, explicit sex and lyricism, seduction and weirdness, beauty and a little bit of monstrosity, everyday immediacy and fantasy, truth and game, surrealism and pop art. We should never miss any possibility of increasing pleasure and clarity, reality should not be impoverished in exchange for comfortable tedium.

“I am interested in artists who are evolving and taking risks. Those who are able to sell what they do, not just being satisfied to do what sells well.  Many artists will repeat a painting a thousand times and as such are working to create a limited product. I am interested in artists who are not afraid to change and evolve. My biggest influence are artists like David Bowie, Picasso, etc.” – Sergio Mora (Oh So Surreal) 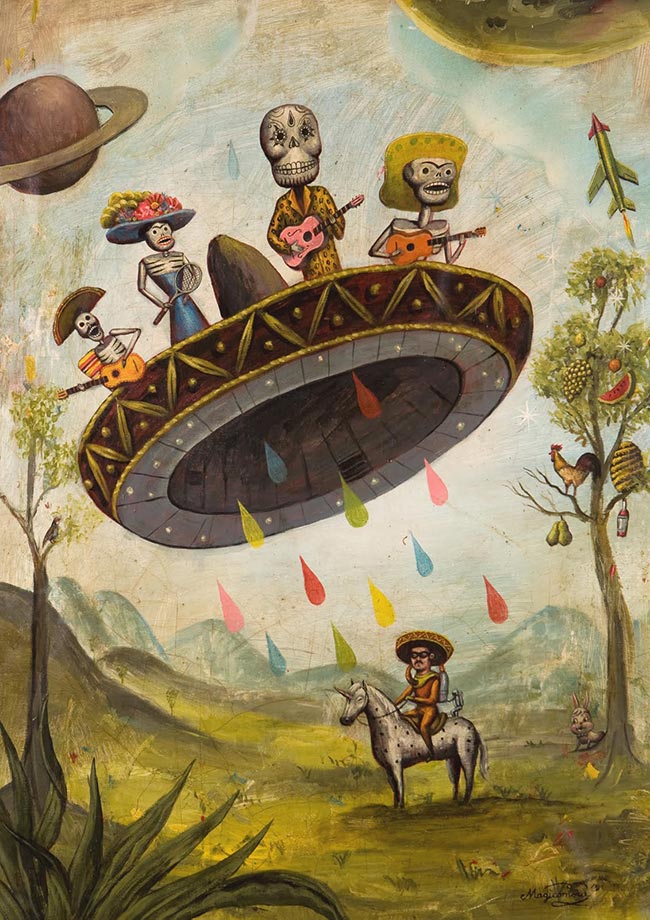 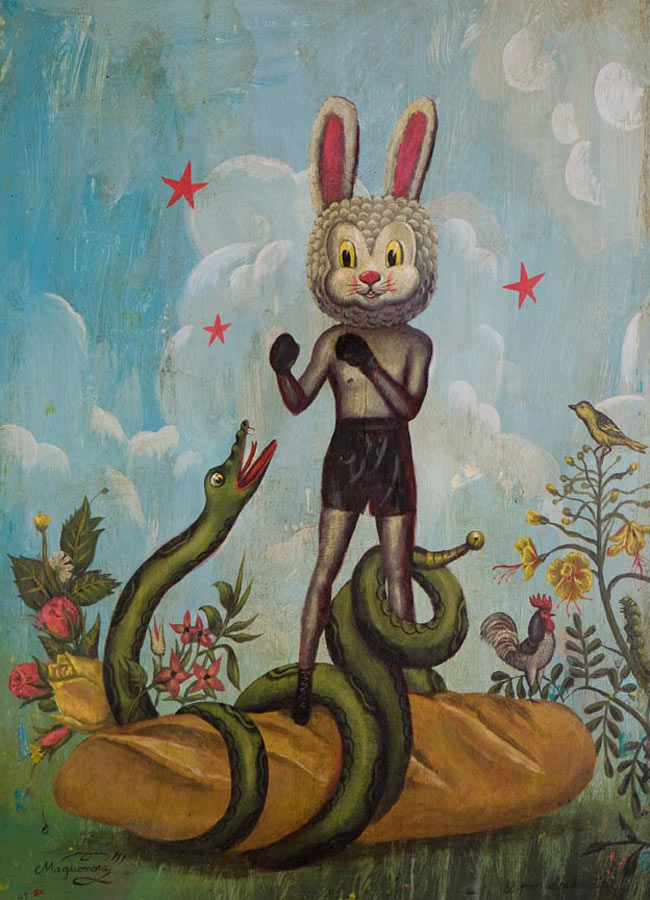 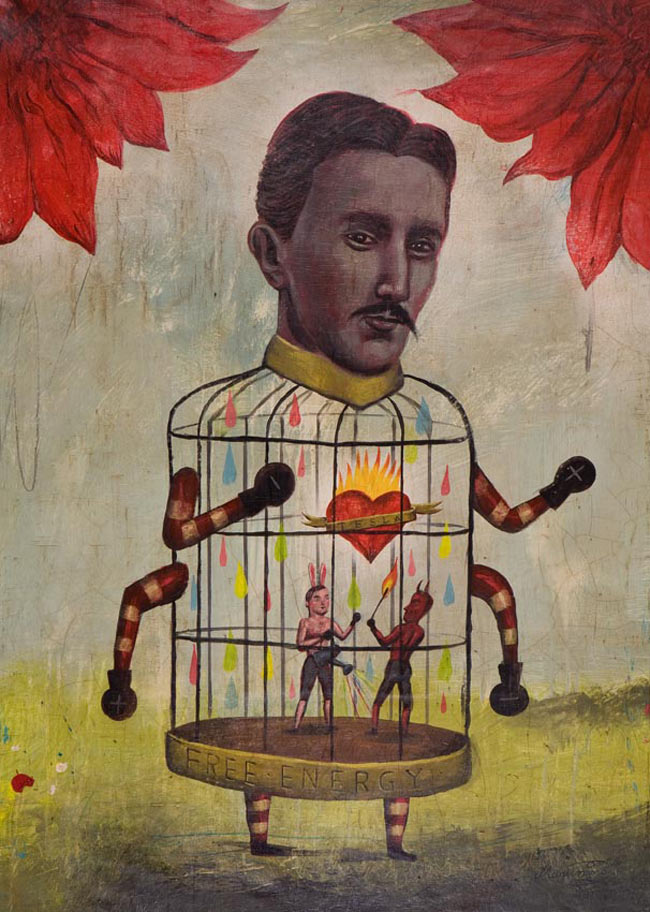 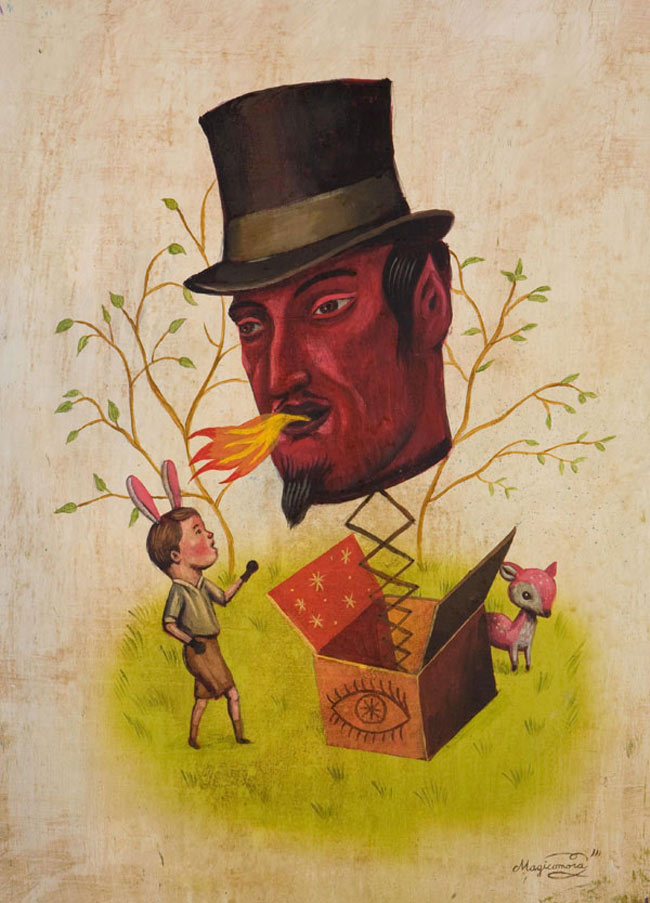 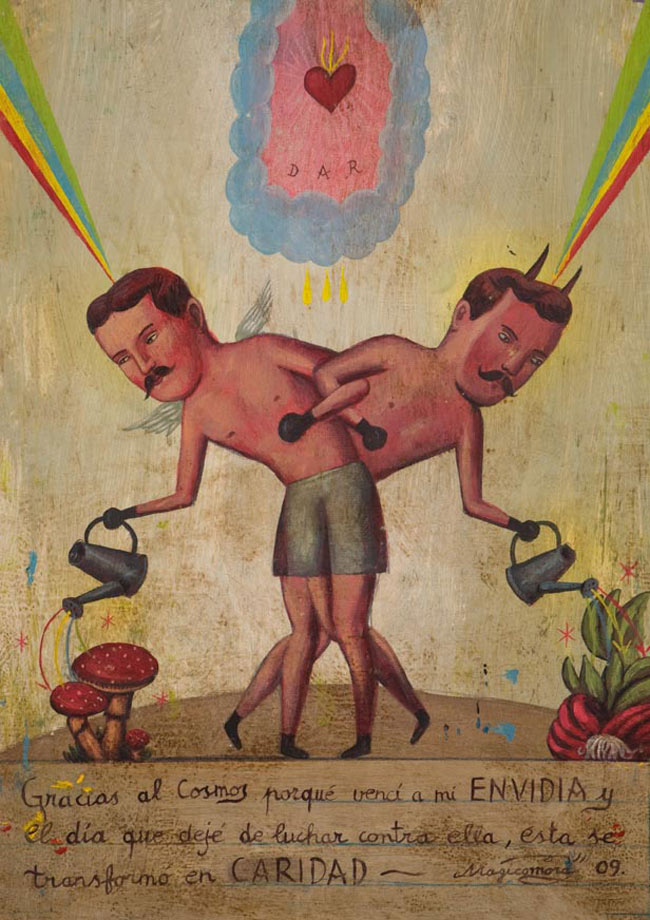 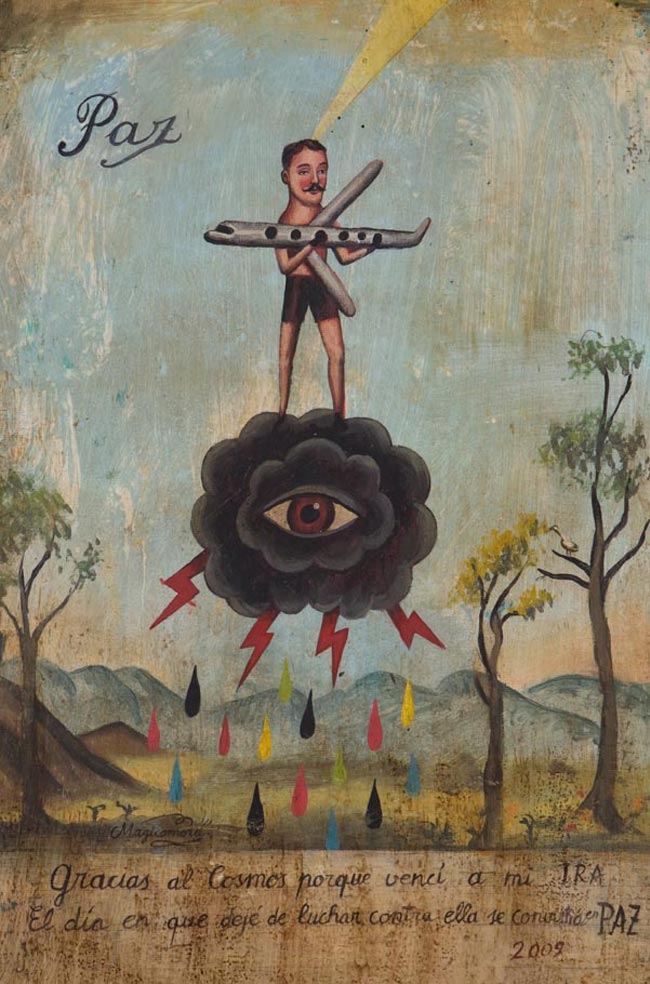 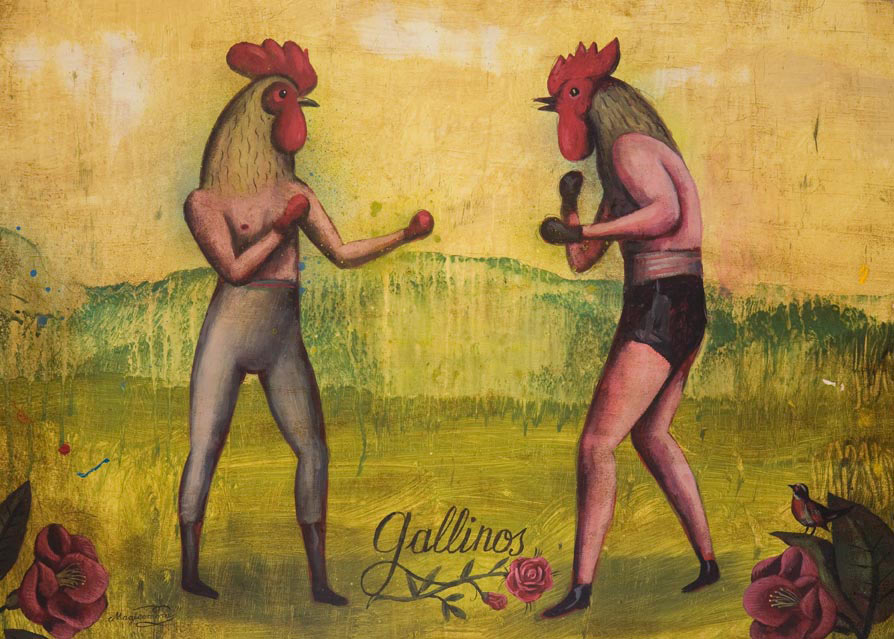 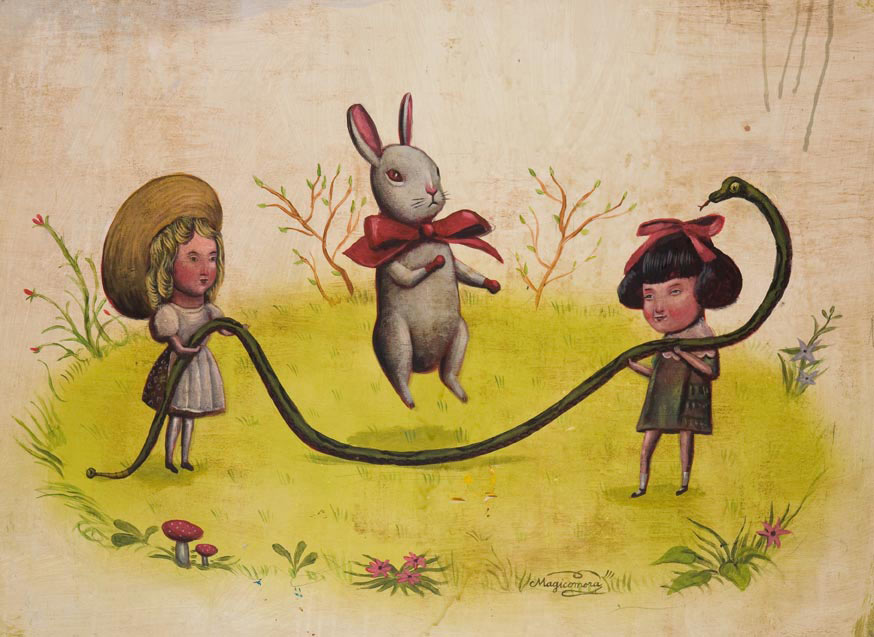 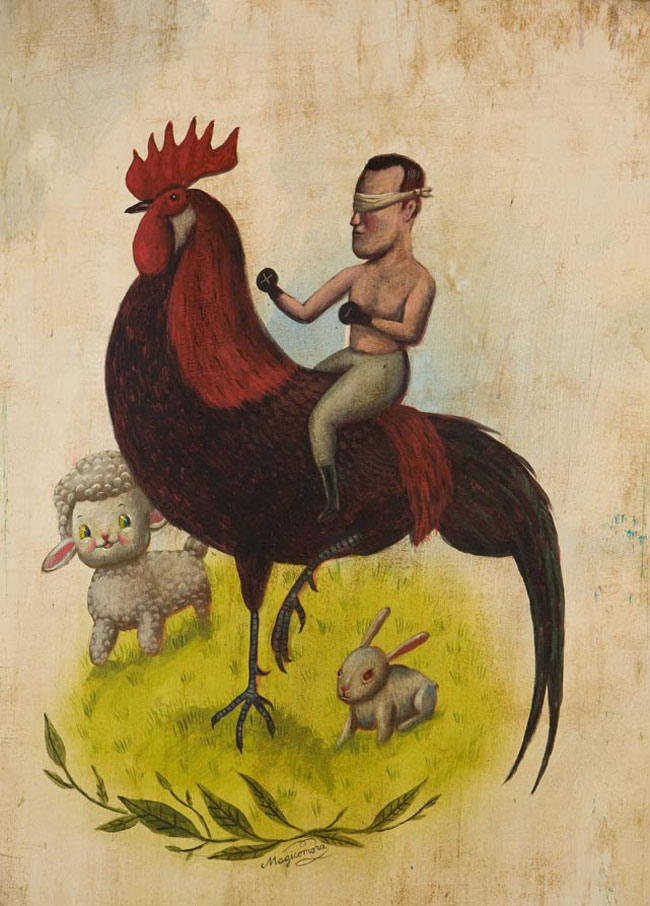 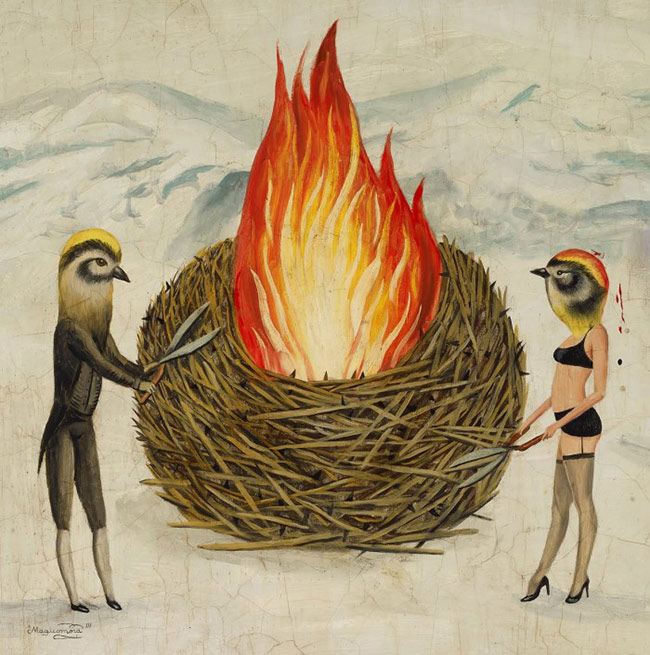 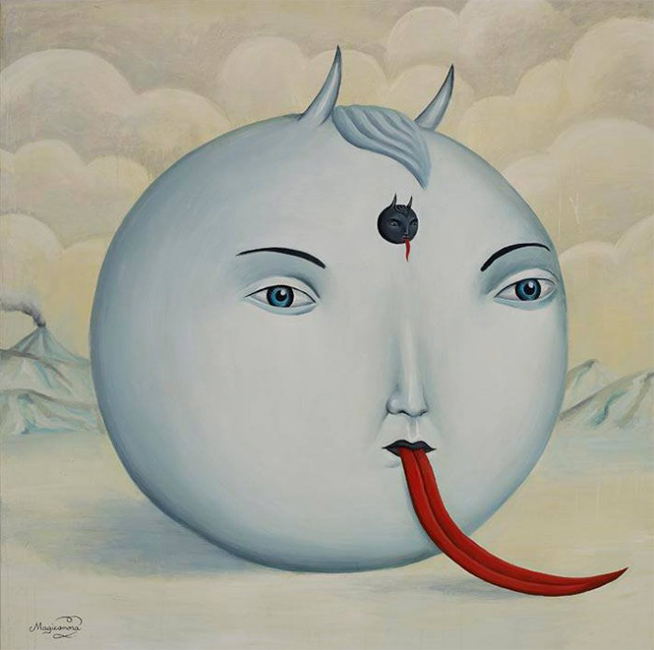 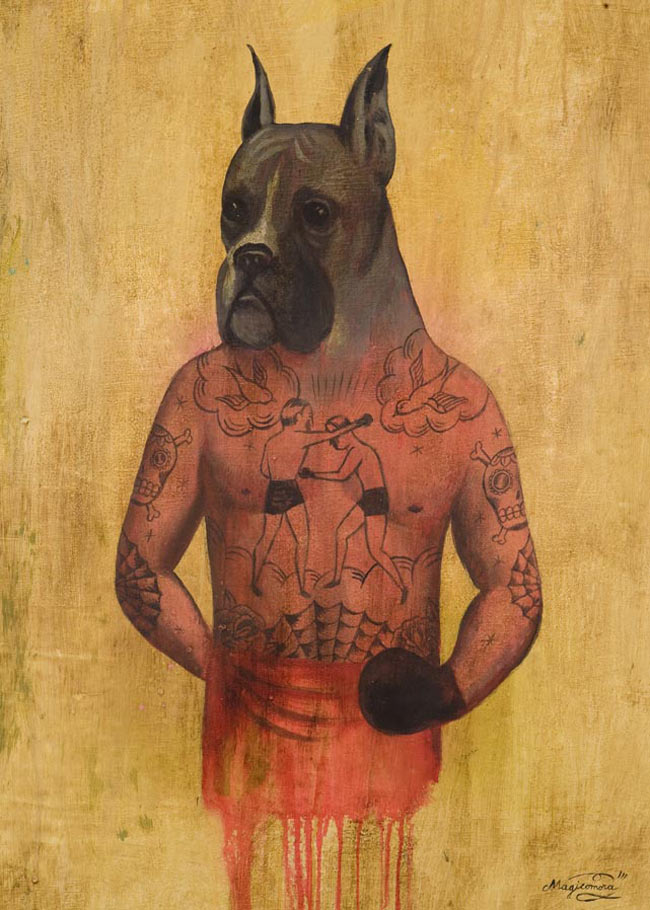 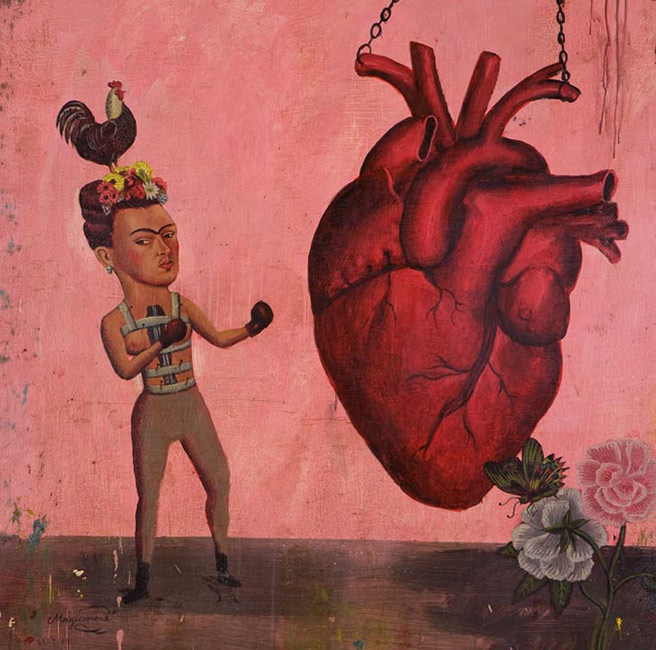 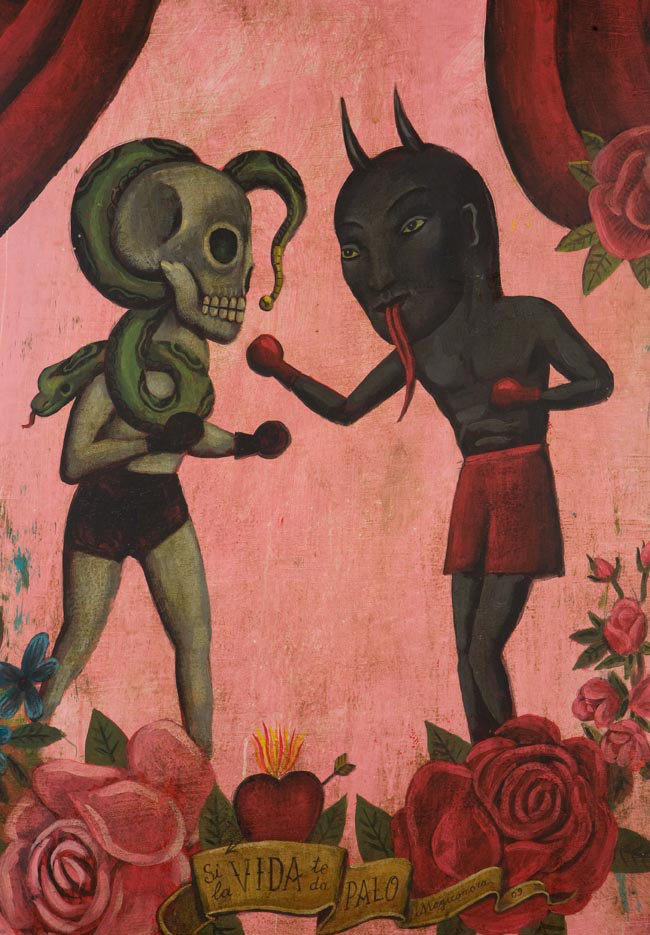