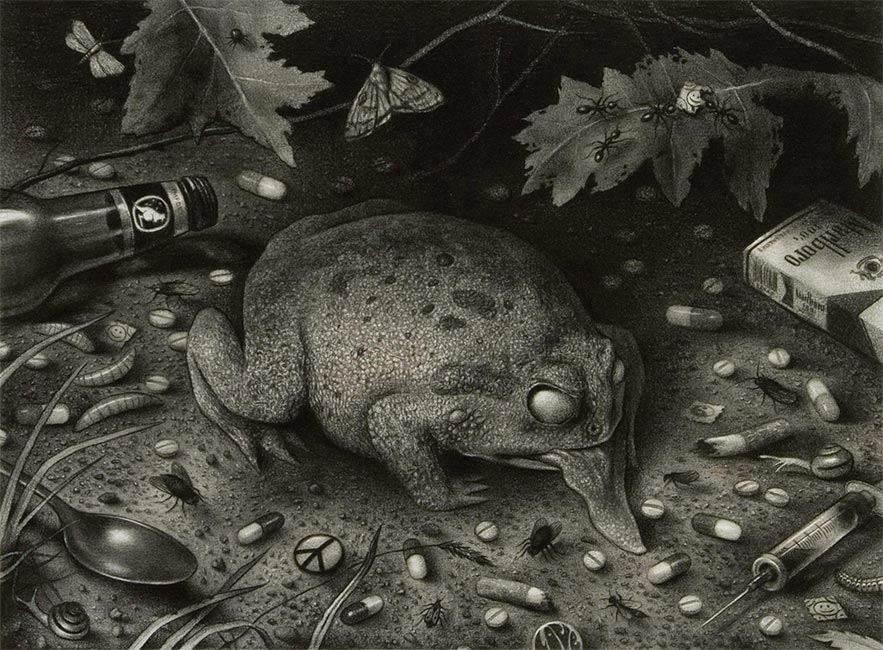 Sverre Malling was born on 4th September, 1977. He is a Norwegian visual artist and his work, notable for its precision and intricacy, incorporates references from classical art, botany, the occult, psychedelia, folk art and children’s illustrations.

After an early debut at Oslo’s prestigious exhibition Høstutstillingen at 17, he went on to study at the Einar Granum School of Art (1996–97), SHKS (1997–2000) and the Norwegian National Academy of Fine Arts (2000–2004). He has since attracted acclaim on a national scale and has sold works to the National Gallery of Norway, the Nordnorsk Kunstmuseum and Drammen Museum.

A recipient of the Jakob Weidemann scholarship in 2009, Malling worked and boarded at the late artist’s farm in Lillehammer, concluding his year-long tenancy with a solo exhibition at Lillehammer Kunstmuseum as well as another, called ‘The Piper’s Call’ (after one of his works), at the Galleri Haaken in Oslo. ‘The Piper’s Call’ exhibition contained artwork that ‘challenged the viewer to reflect on the good and evil’, according to one review. Malling made his fifth appearance at Høstutstillingen in 2010, as well as a solo exhibition at the Kunstnerforbundet in Oslo. In 2011, Malling had another solo exhibition called ‘The Seasons Have No Fear’, at the Galleri Thomassen in Gothenburg. The exhibition featured drawings representing the banality of popular culture, exemplified in works such as Malling’s ‘Hotel California Postcard’.

“My mind is creating art continuously. For instance, I can see a motif at the store, tram or right before I fall asleep. I bring my notebook everywhere I go and write down my thoughts. My notebook looks confusingly similar to a shopping list. A friend of mine who was visiting thought one of my little notes was a shopping list. But “bread, milk, fruit and toothpaste” had been replaced with “dead rat, banjo, peacocks and carrion.” She thought I had lost it completely.” – Sverre Malling (NattOgDag) 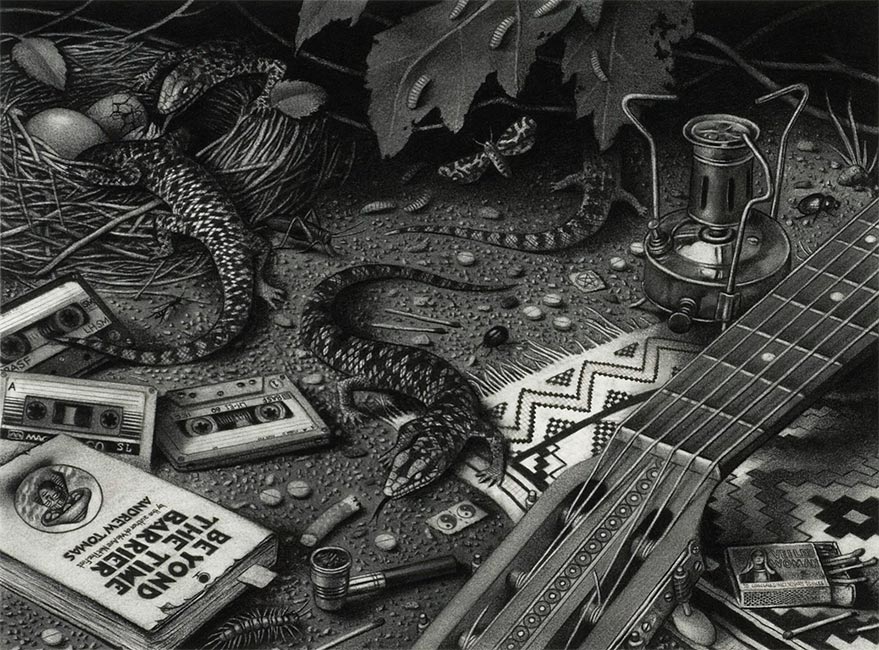 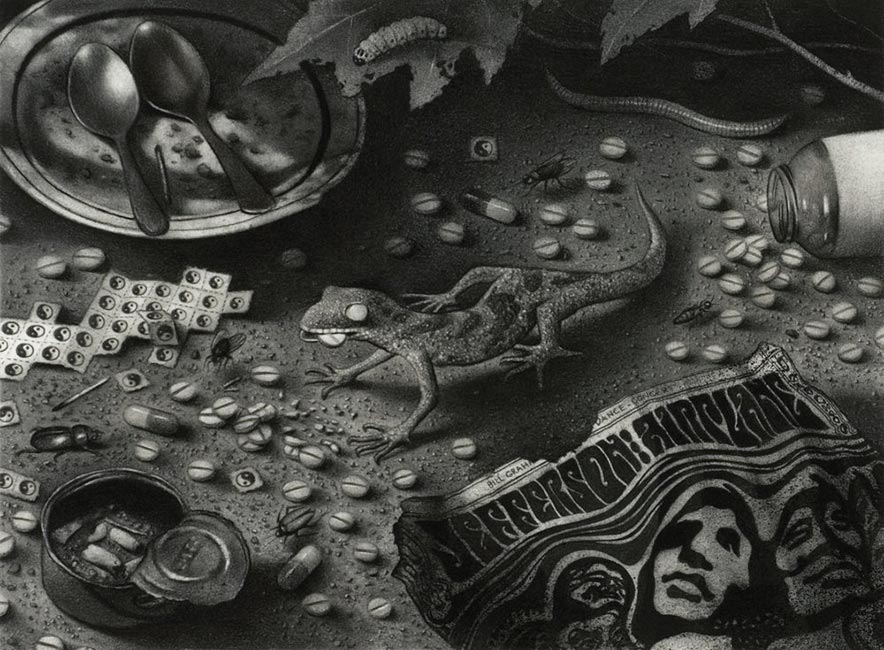 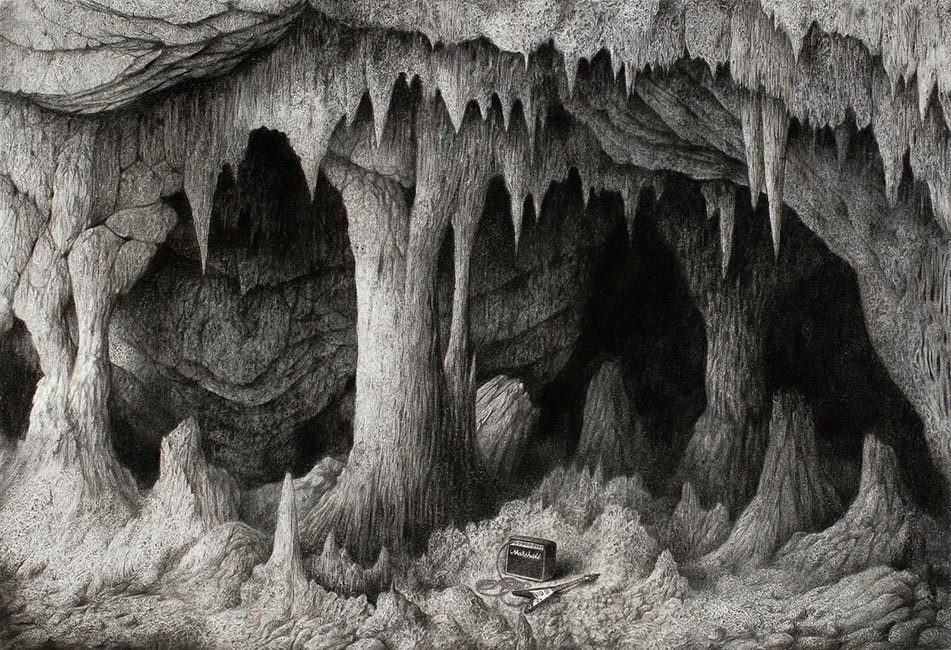 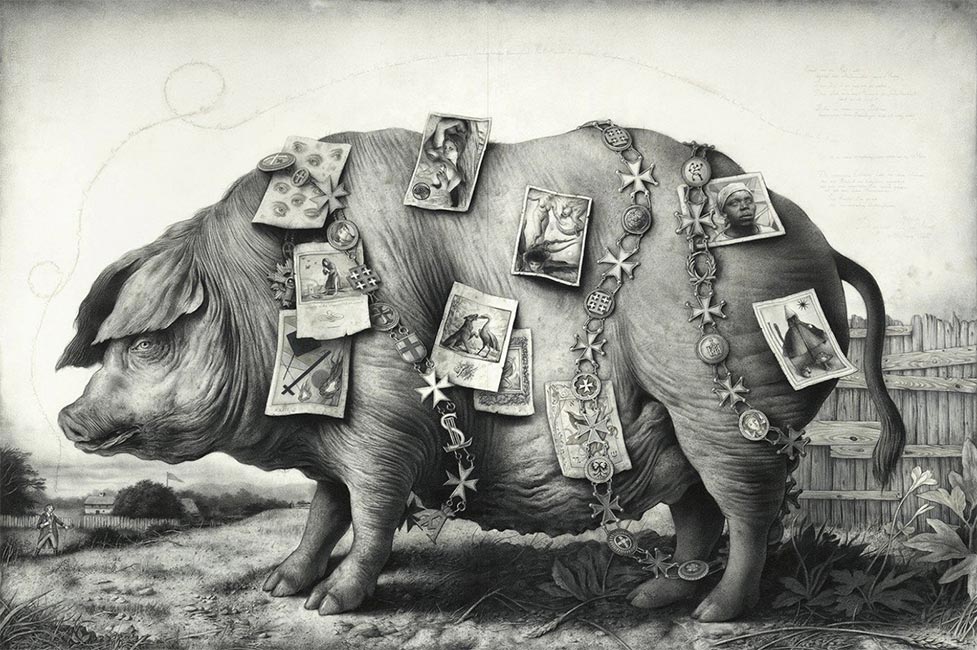 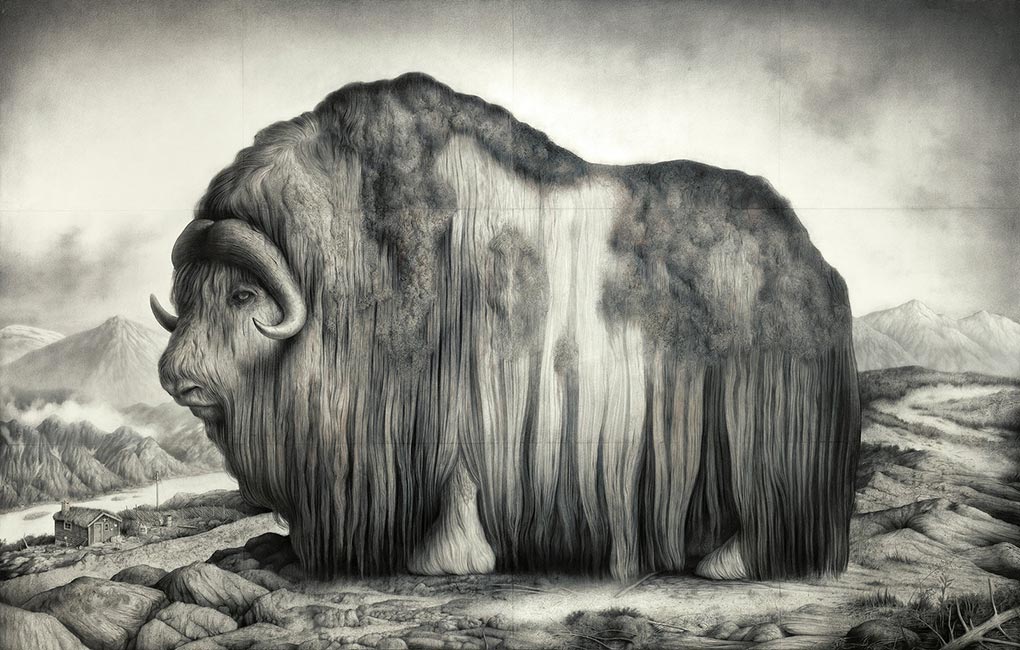 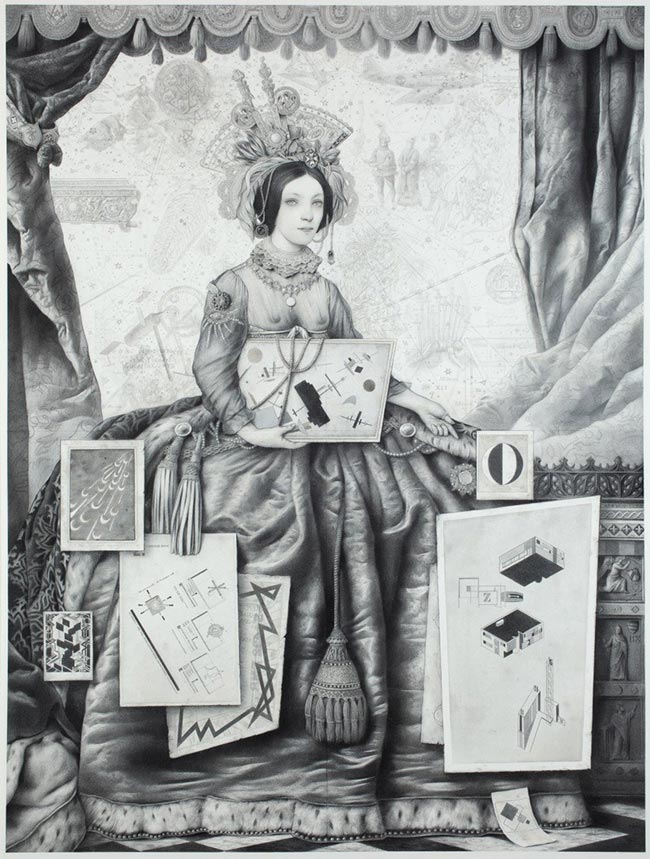 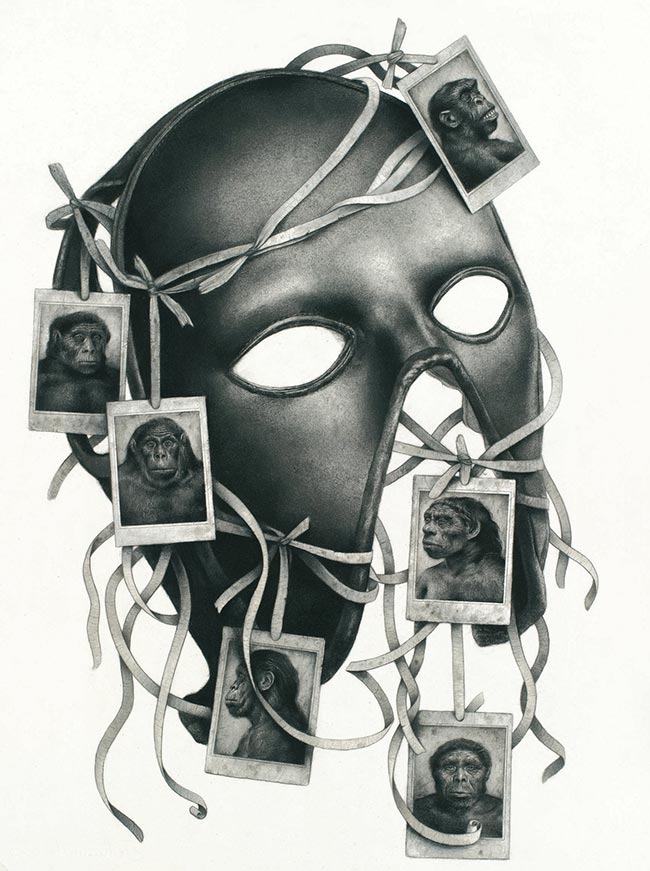 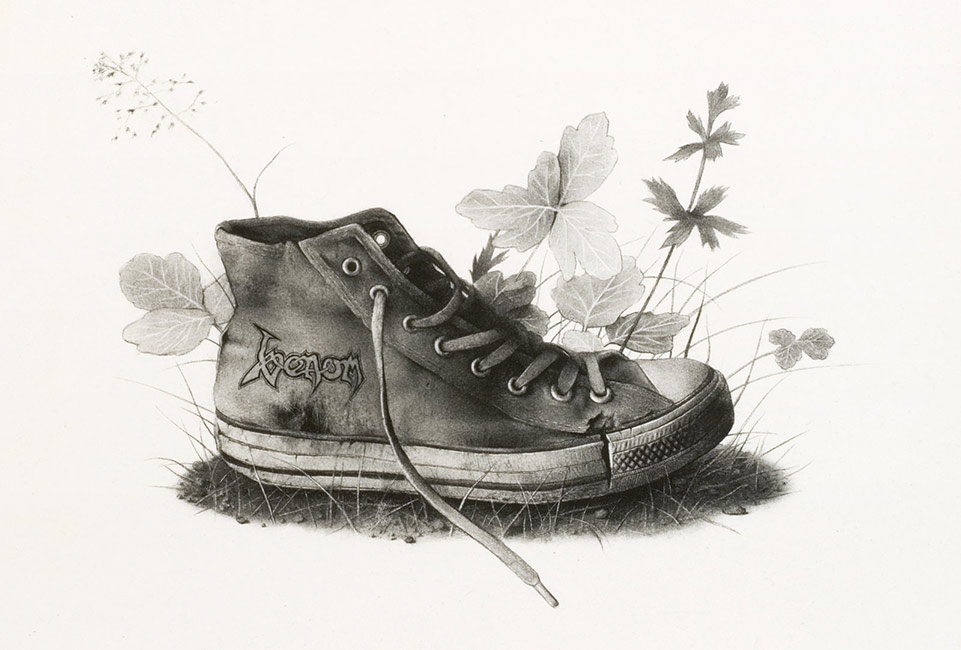 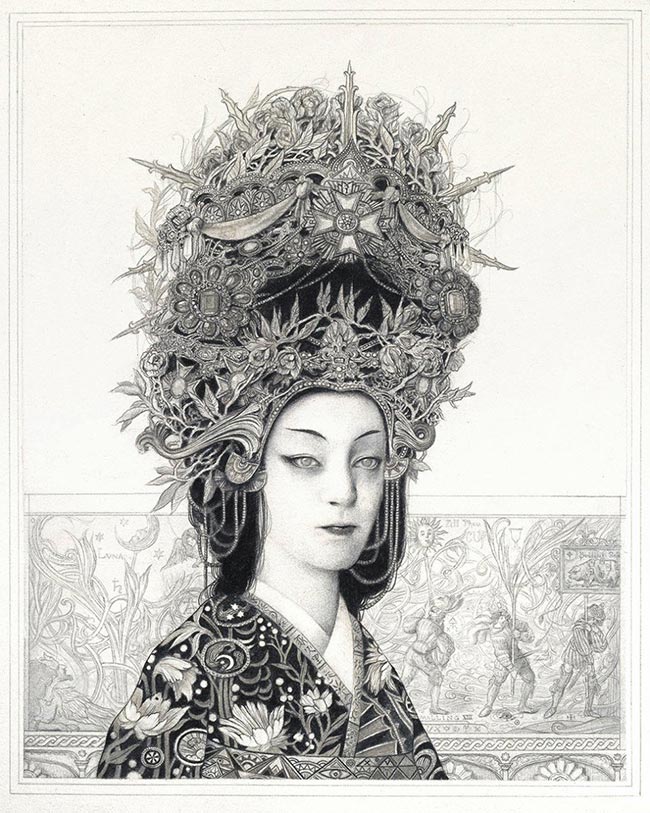 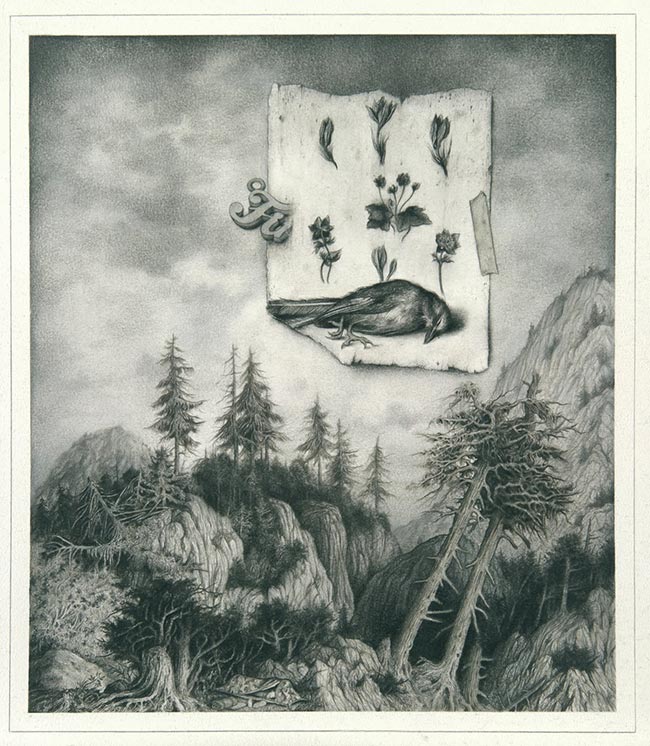 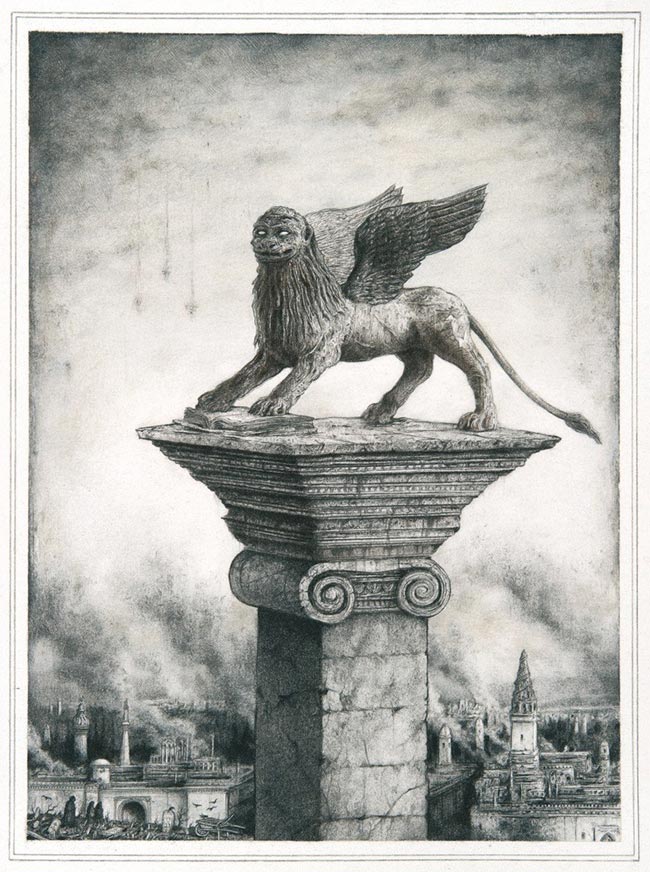 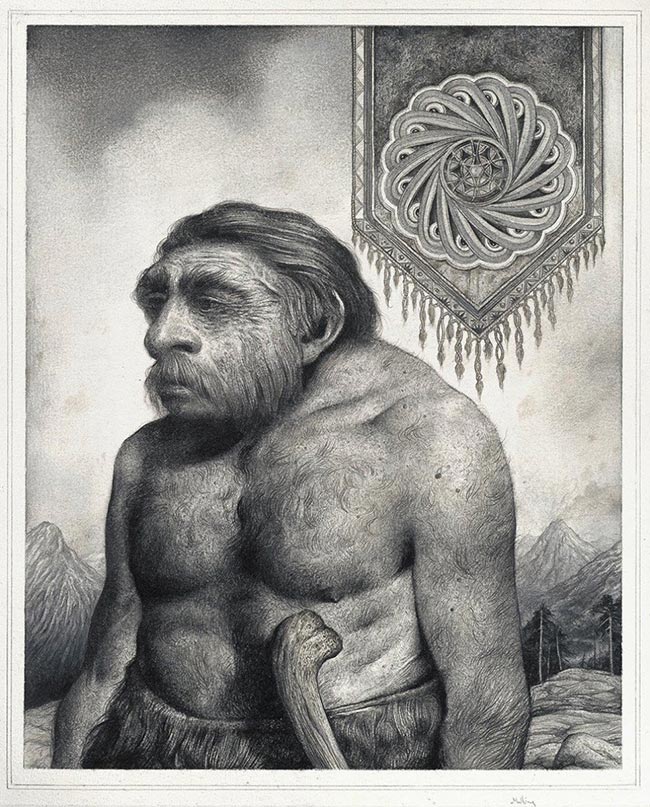