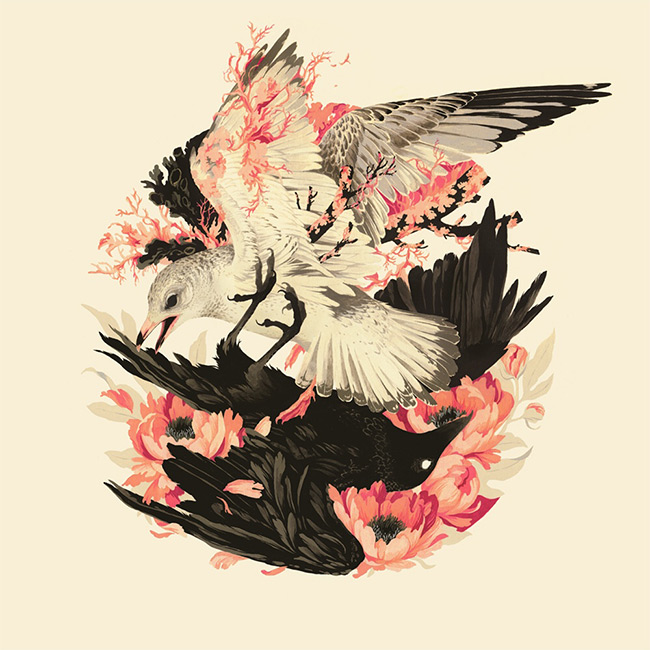 Originally from Chicago, Teagan now lives and works in Minnesota, where she received a BFA in illustration from the Minneapolis College of Art & Design in 2012. She spends her tiny amounts of free time following tangled animal paths through forest and field, squishing along reedy riverbanks, attempting to befriend gulls on rocky lakeshores, delighting in the routines of local bunnies and squirrels, picking wildflowers, and collecting animal bones.

“Nature has been such a powerful inspiration for me that I can’t even imagine creating work without habitually adventuring outdoors and immersing myself in natural environments. Whenever time allows, I seek out new places to explore around the Twin Cities, whether forests or fields or lakes or riversides or swamps or pockets of overgrown industrial road, and I leave each experience brimming with ideas for new work. The inspiration can be as nebulous as the feeling of the weather that day or as specific as the scrape a deer hoof left on a fallen log, as ordinary as a patch of moss or as elusive as the delicate musical tone of bits of ice clinking together at the edge of a frigid river moments before they dissolve. For years I had been channelling these types of experiences into my illustration work; that work tends to be very serious and poetic or macabre.” – Teagan White (Bird Meets Worm) 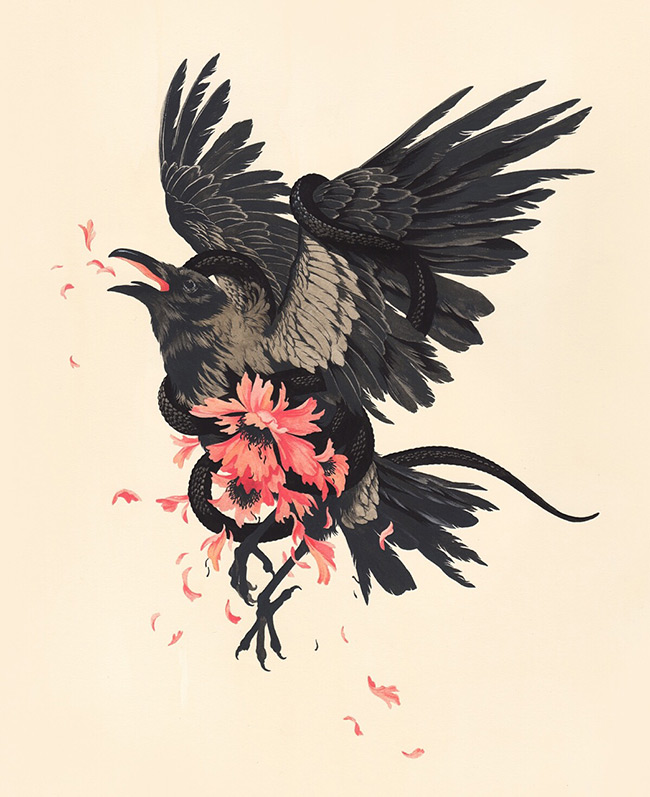 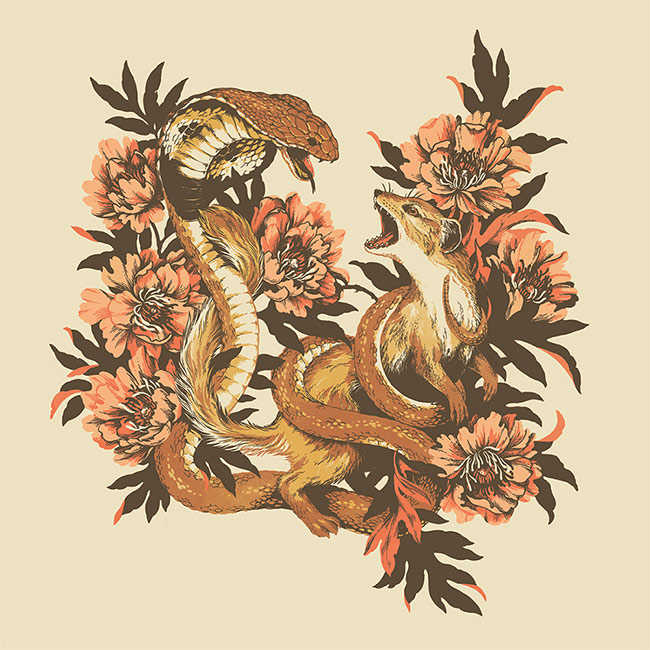 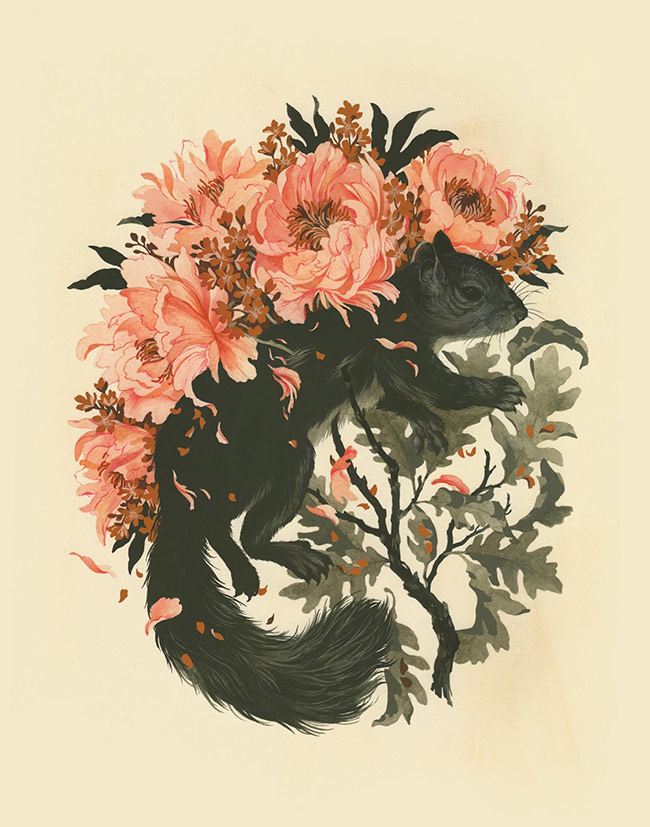 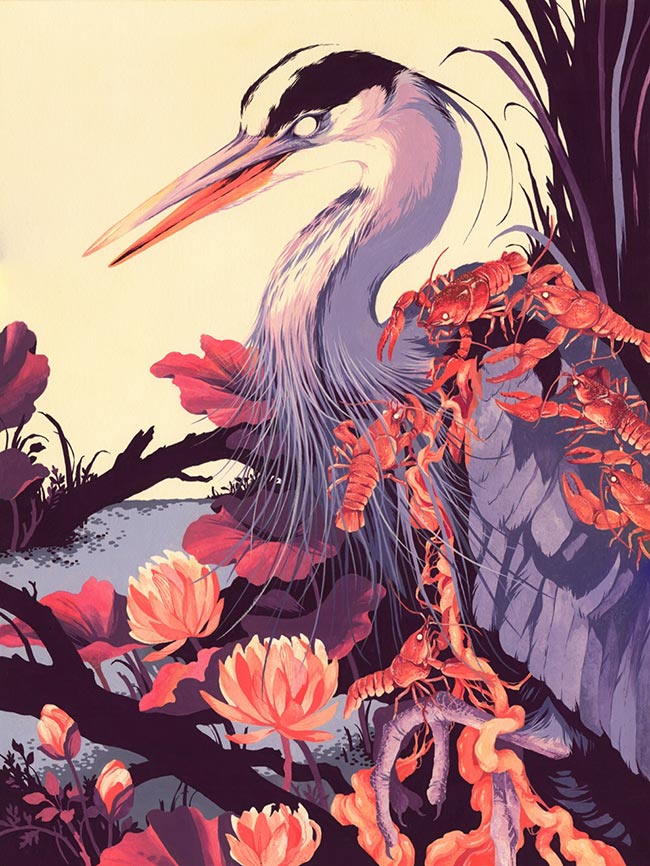 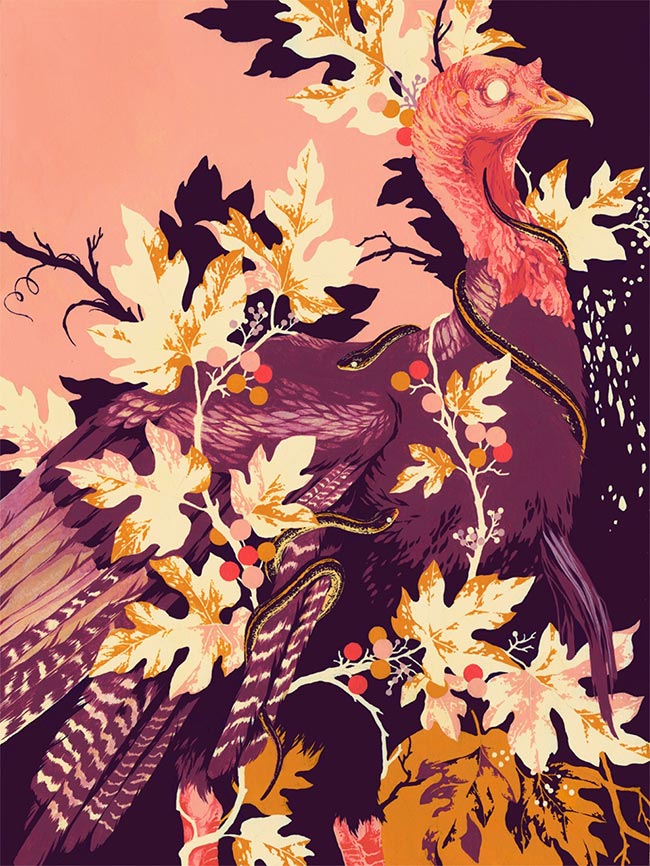 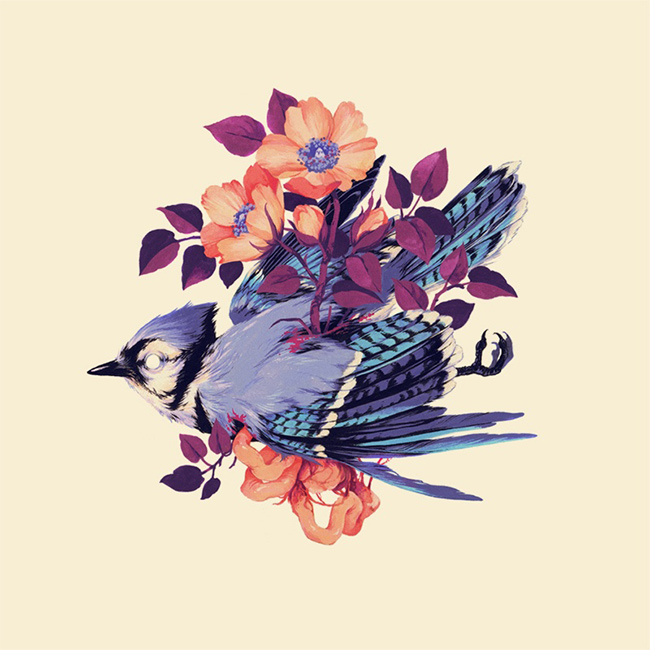 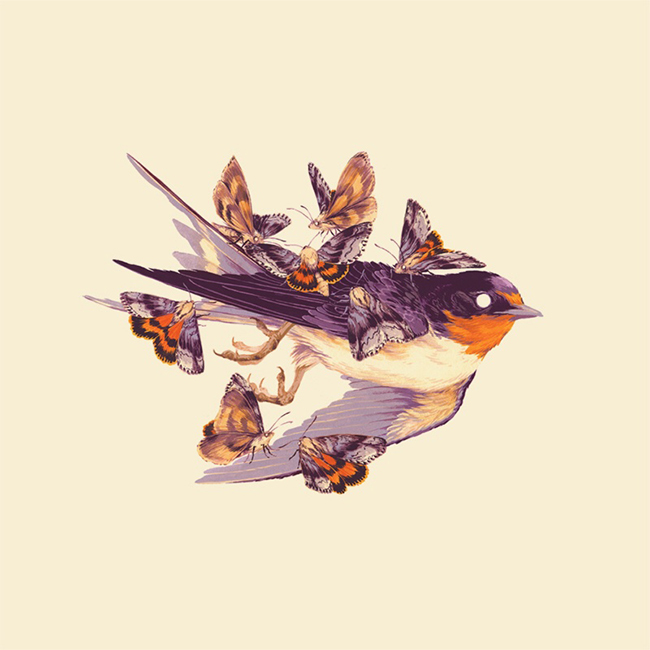 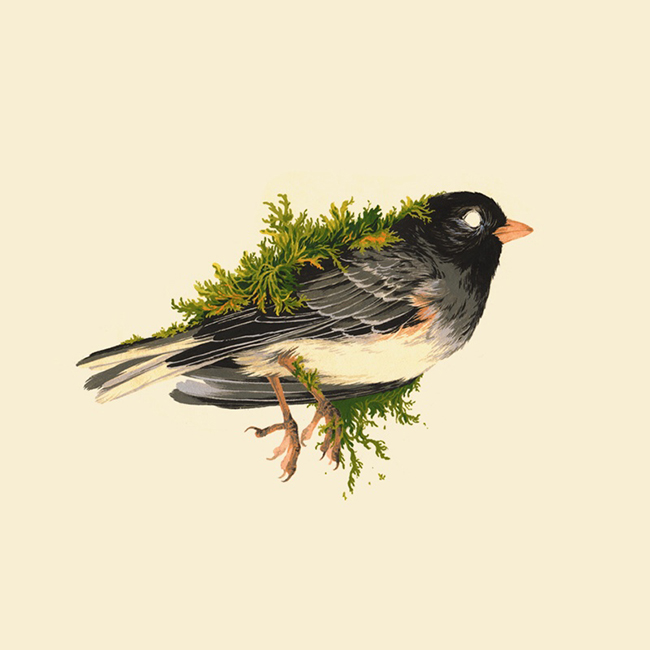 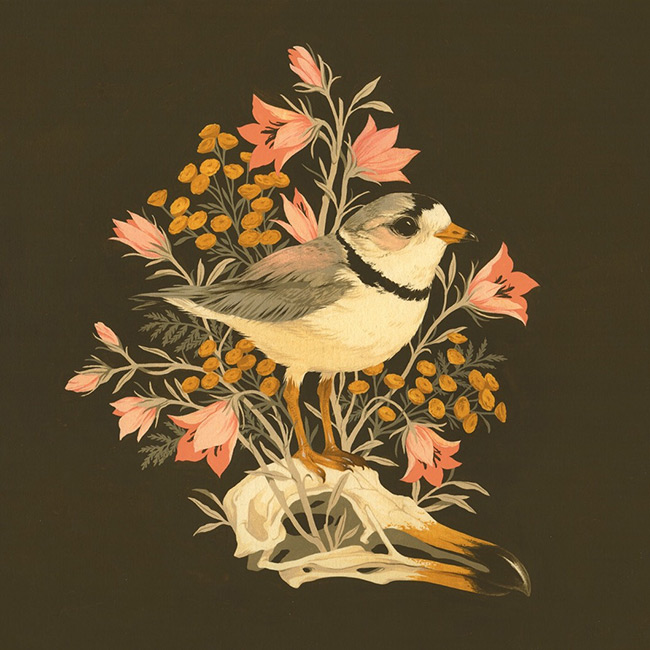 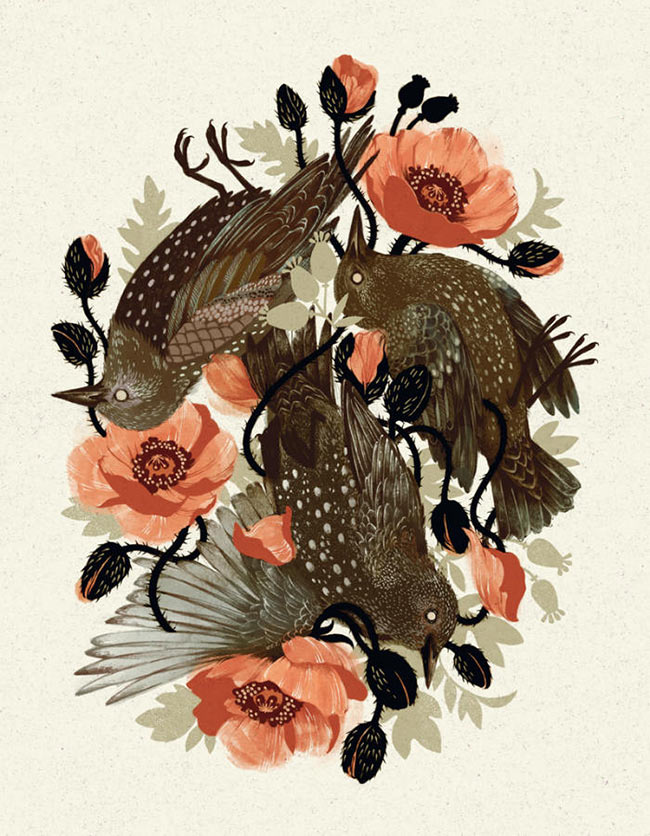 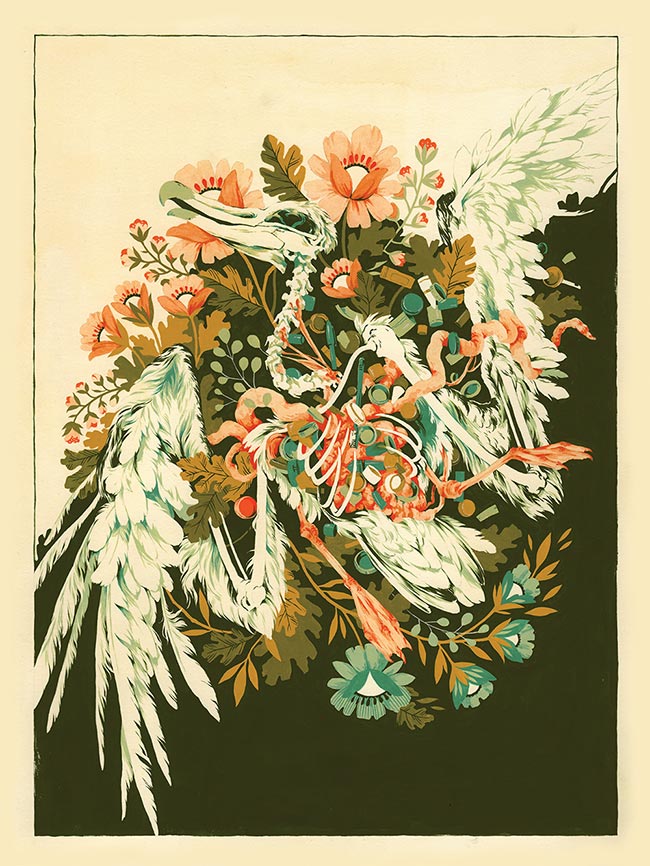 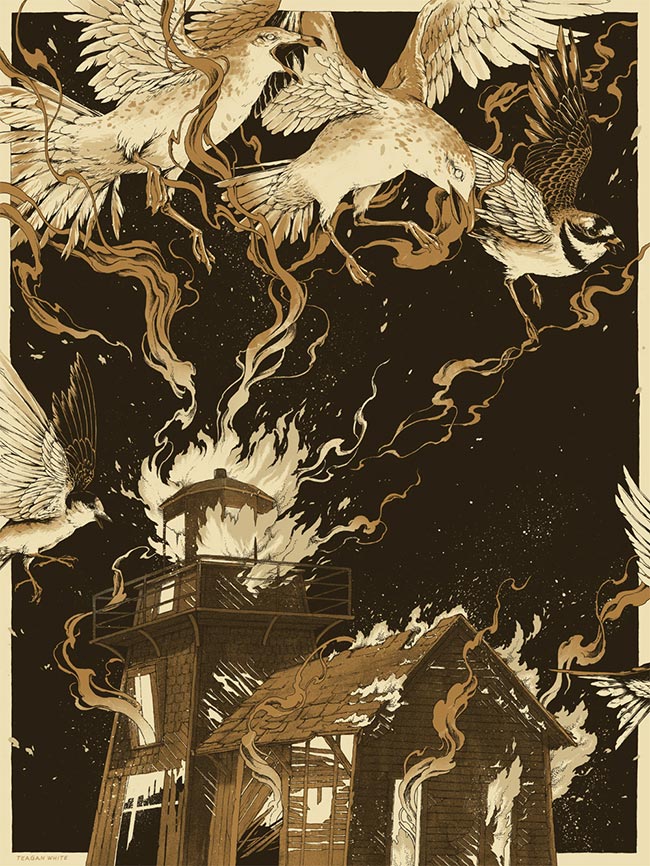