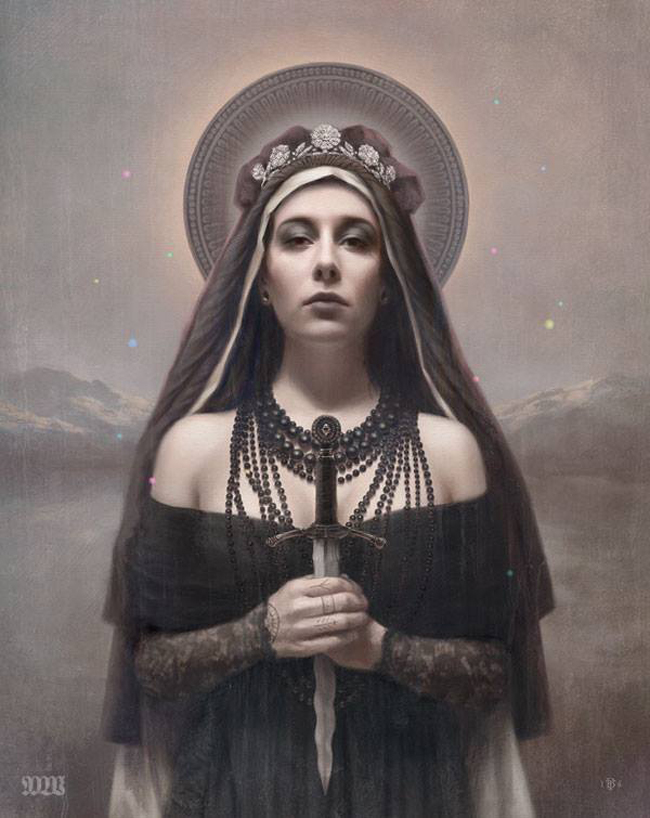 Based in the Georgian city of Bath, England, Tom Bagshaw works as a commercial illustrator under the moniker Mostlywanted and is represented by The Central Illustration Agency. His talents are sought after by clients in fashion, advertising, editorial and publishing, and include Saatchi & Saatchi, Sony, the BBC, The Daily Telegraph, Kraft, GQ, Future Publishing, Scholastic and Random House.

For his personal work, Bagshaw has developed a highly rendered digital painting style through which he explores themes of fantasy, beauty and mysticism. While his work deals with imaginative content, it also aims for a strong level of realism in its presentation. Feminine beauty and portraiture play a large role in his work, but the women Bagshaw depicts are never frail damsels in distress. More often than not they are strong, intriguing characters, with an air of mystery to them.

“I’m self taught, my father was a commercial artist at one point and I would occasionally turn to him if I felt I had a specific problem. Other than that I had one art teacher at school who was a big influence in terms of encouraging me to do the work I wanted, after leaving school I went on to college at 16 to study graphic design (which was the only way I could do a course with an element of illustration at that point) but very quickly found it wasn’t for me. I discovered digital art about 8 years ago and taught myself Photoshop, Painter, etc. everything I know now.” – Tom Bagshaw (Montague’s Gallery) 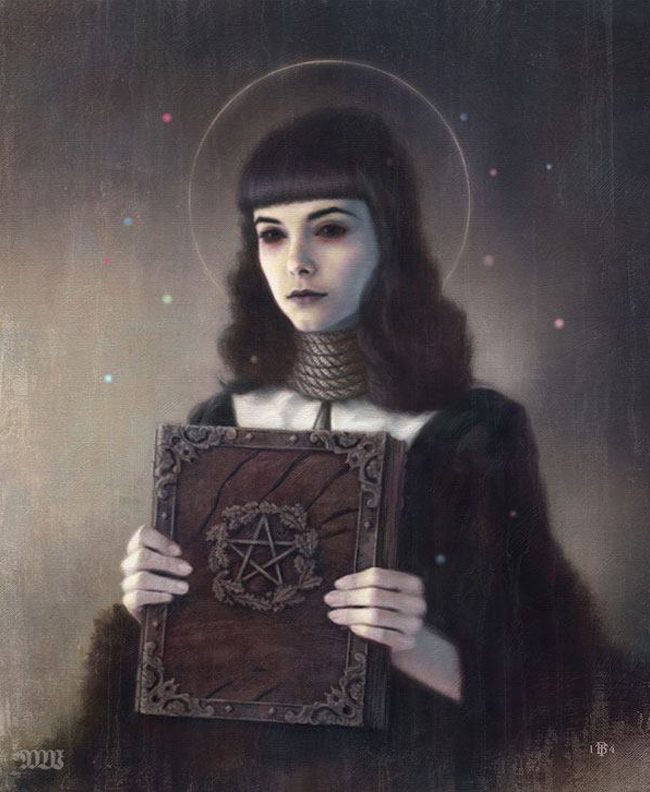 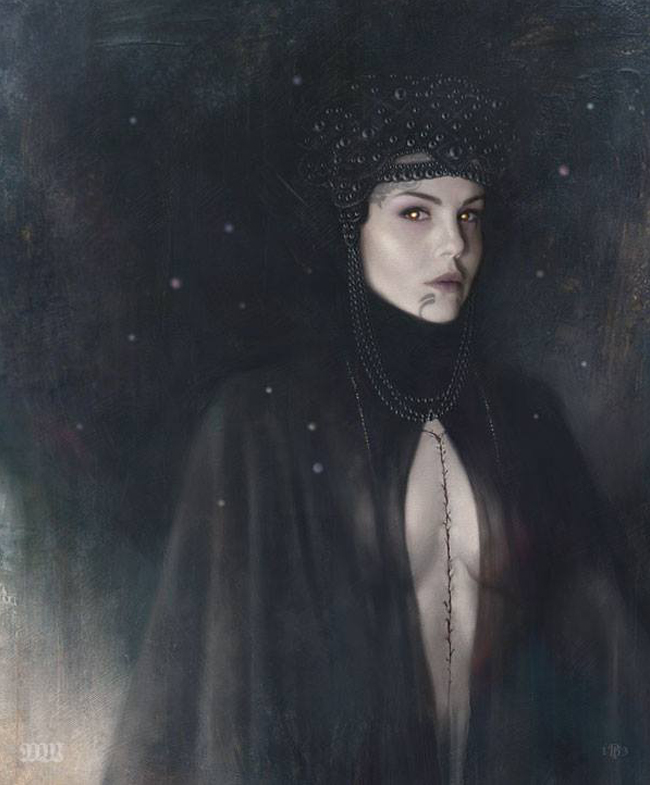 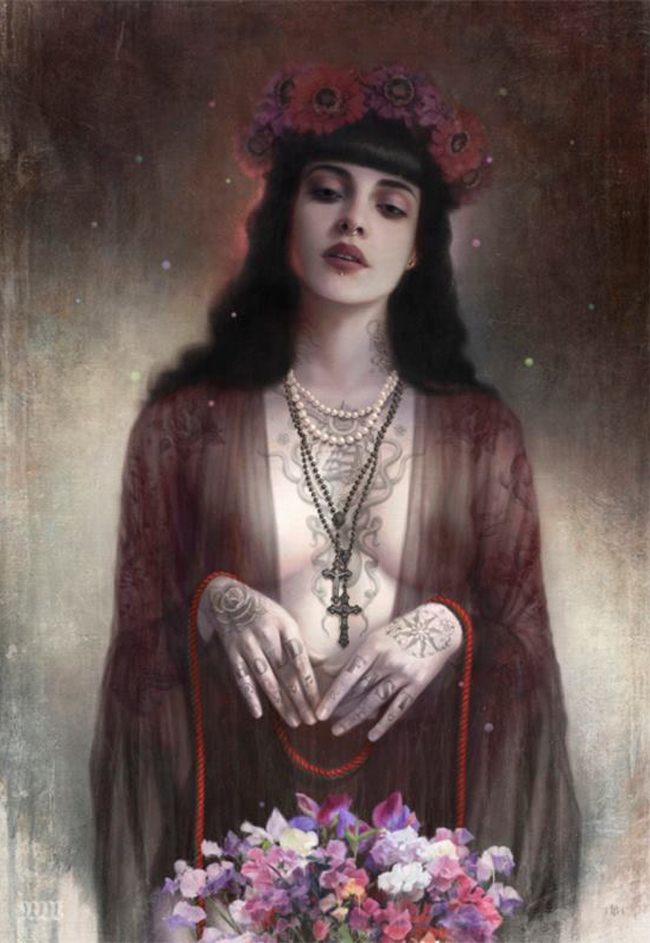 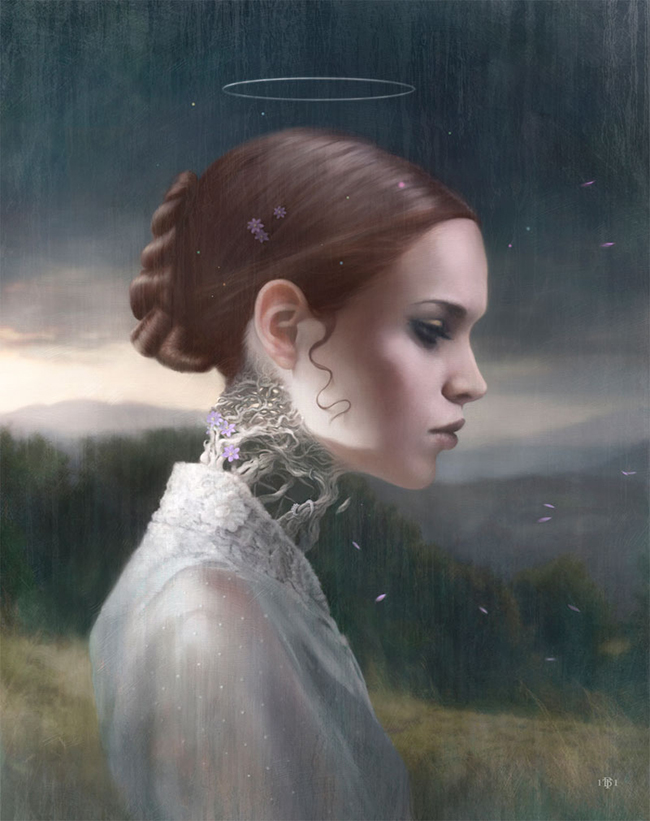 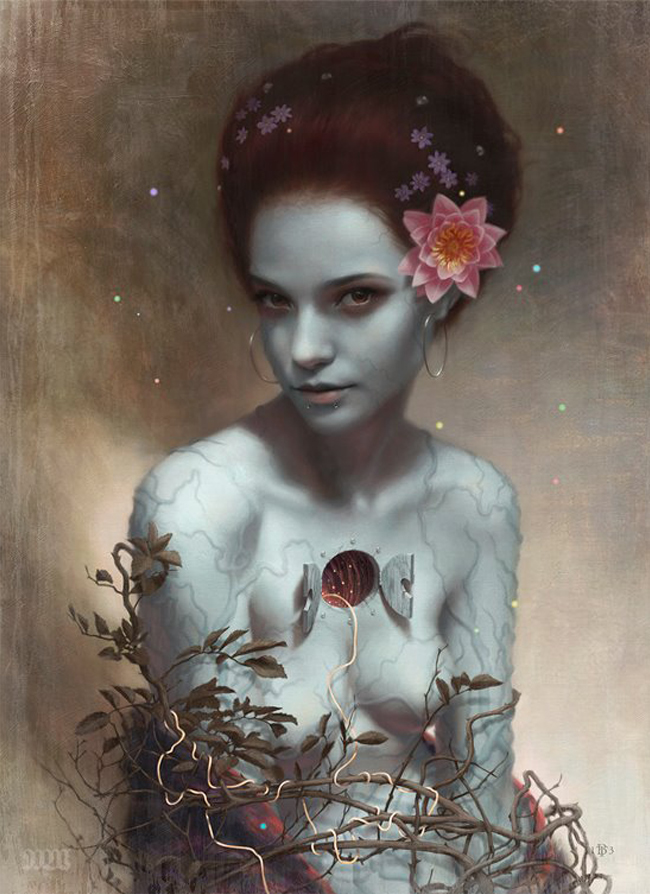 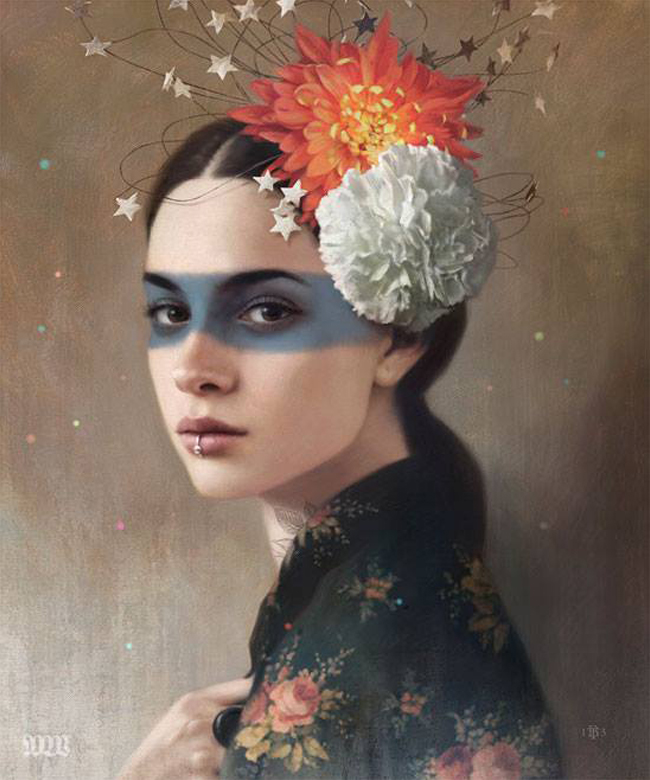 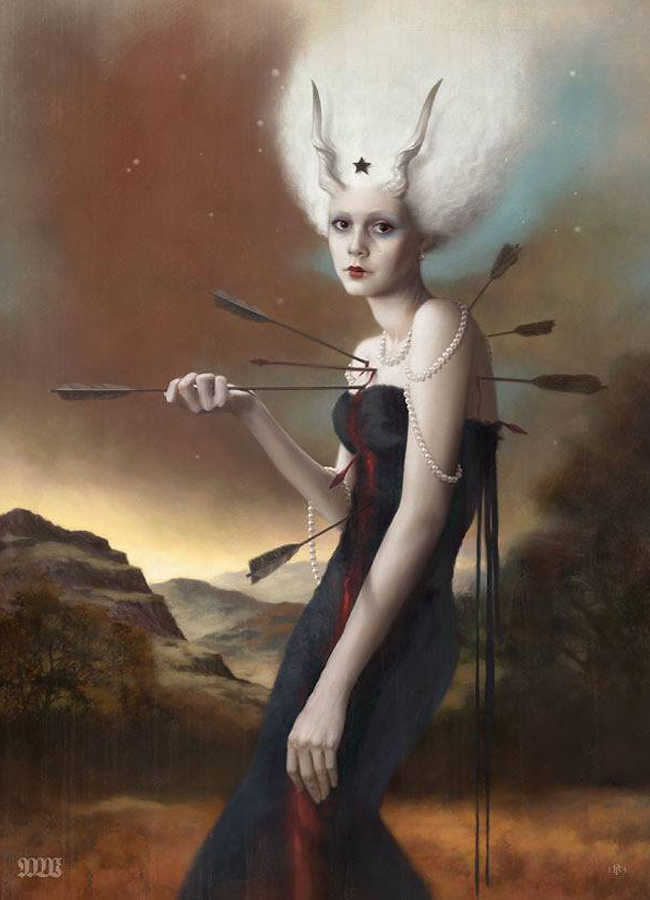 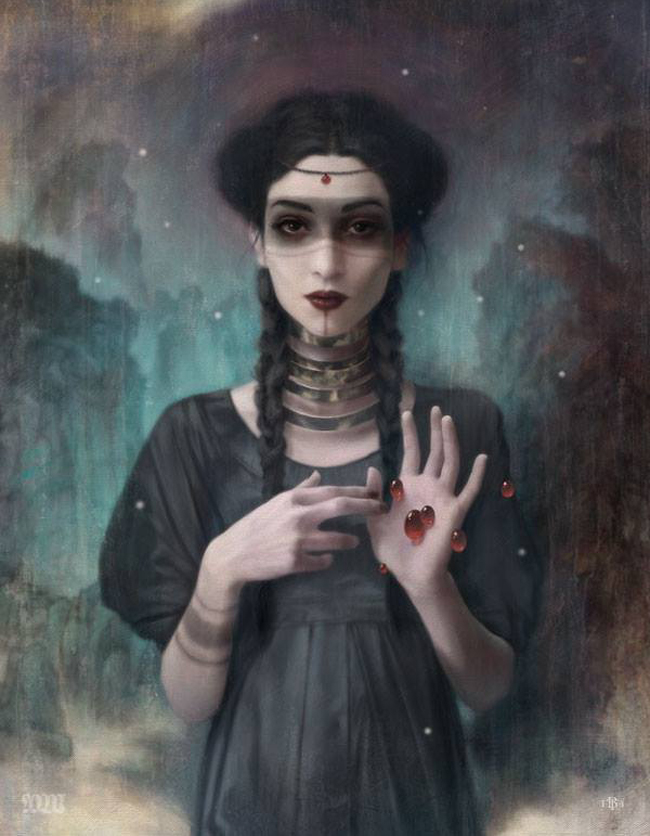 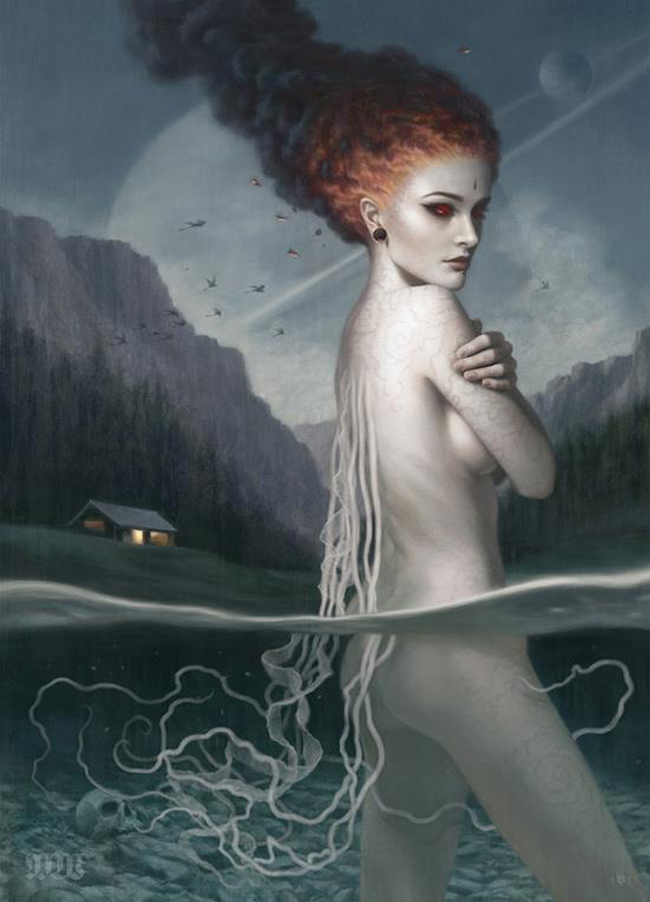 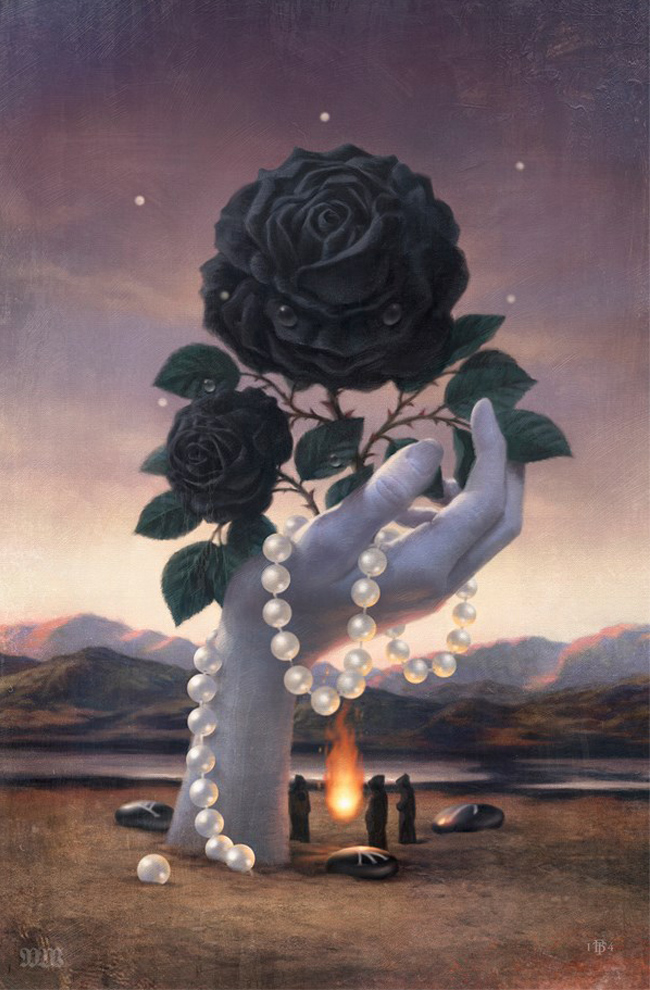