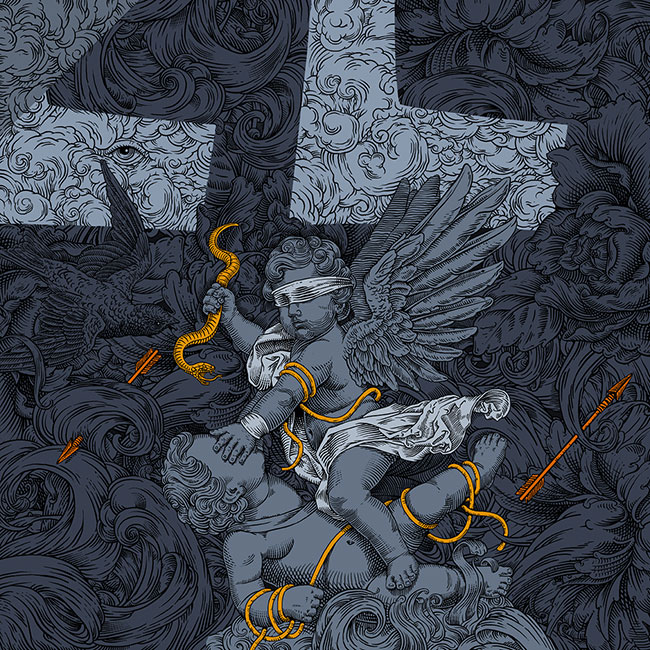 Valentin Leonida (Valle) is an illustrator and visual artist who was born in Romania and who is currently based in London, Canada. He graduated from the University of Arts in Bucharest with a BFA in decorative art and design in 2003, and after graduating, worked as a digital artist for almost twelve years. He is now totally dedicated to the creative process of illustration, and follows with passion, a fluid technique using ink and paper that combines digital and traditional processes.

Valle depicts a world inhabited by unusual figures, sometimes with oneric accents or personalized with unexpected elements. He explores themes such as the human personality, the journey in search of the inner self, or the relationships which exist between humanity’s limitations and freedom. Within his imagery we can often observe the presence of boundaries, depicted by ropes or straps, coupled with a lack of gravity, which serves as a constant reminder of our freedom.

“The ‘Heads’ series was waiting quietly in a drawer in my mind, and it was only recently that I found the time to express it visually. Initially, I had planned for there to be more expressions in the project, but there is always the limitation of time. Therefore, I chose what seemed more significant. The blinders are the mechanisms, the mental prosthesis that we mainly receive through education. They represent those limits that, because of habitude, have almost become ‘ornaments’. In terms of the color scheme for the series, it was chosen while thinking of the models as possible indoor murals. Having said this, I also have to admit that the monochromatic nature of my work is largely is due to the fact that I am semi-colorblind.” – Valentin Leonida (The re:art) 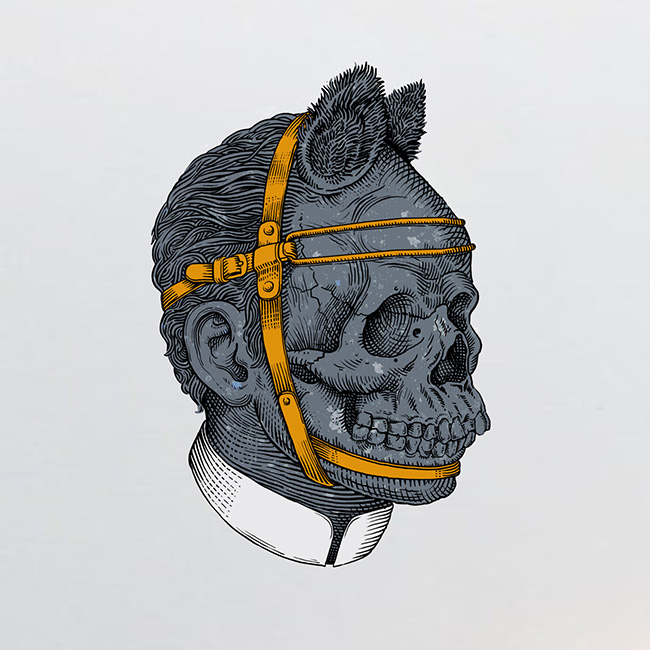 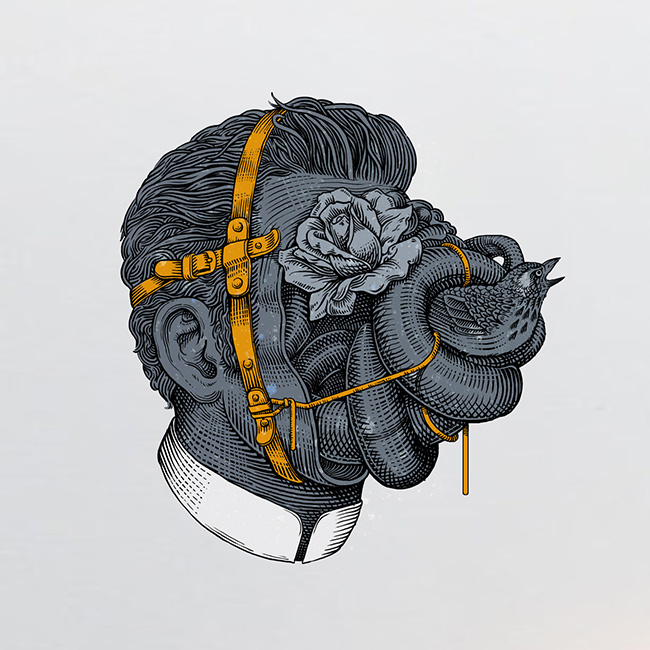 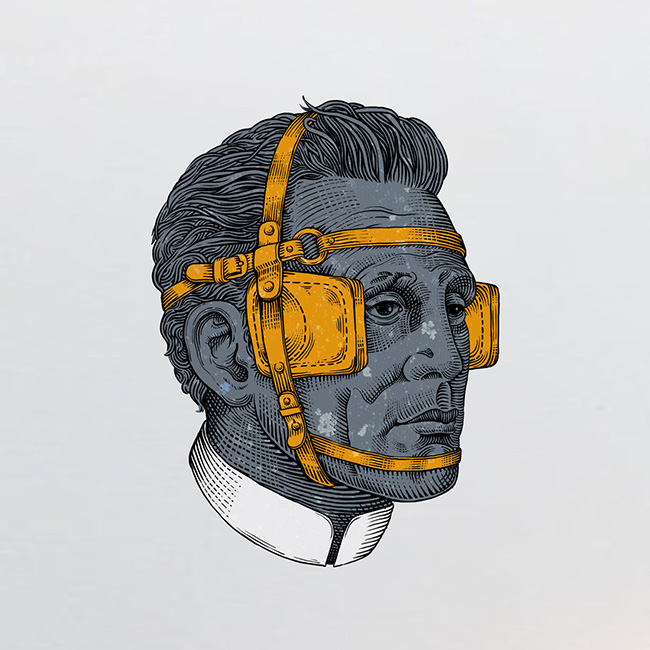 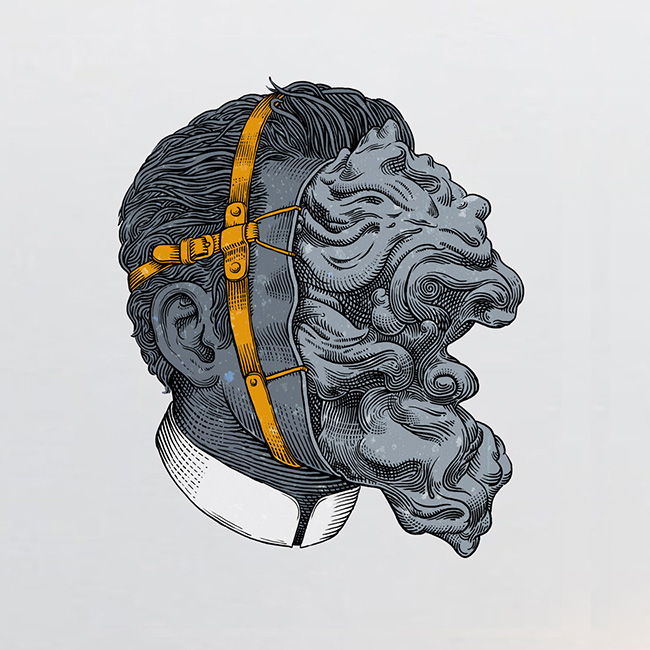 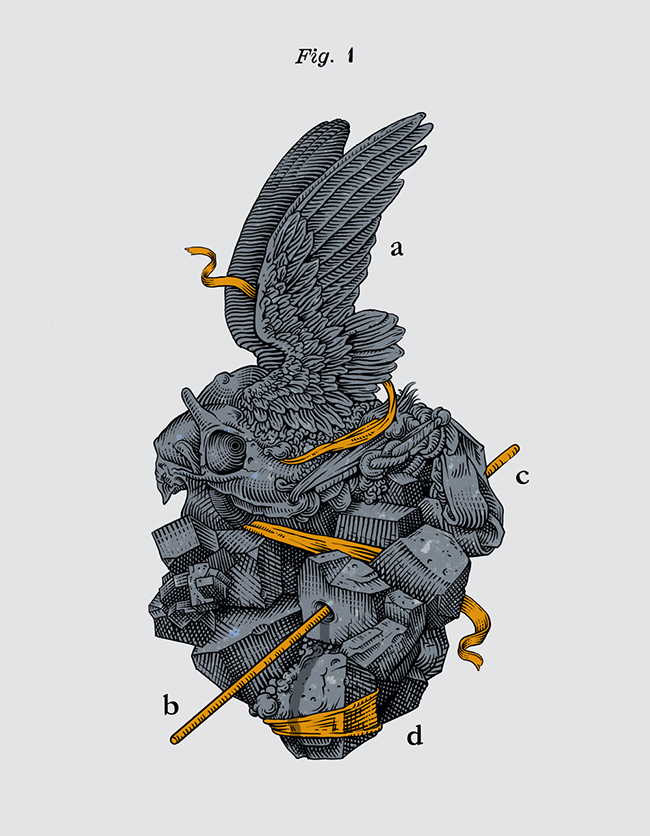 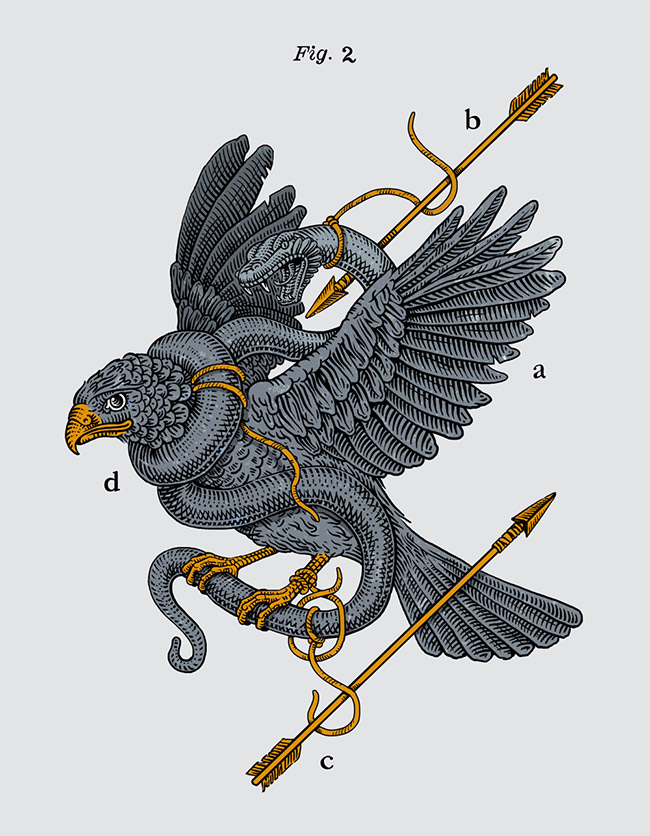 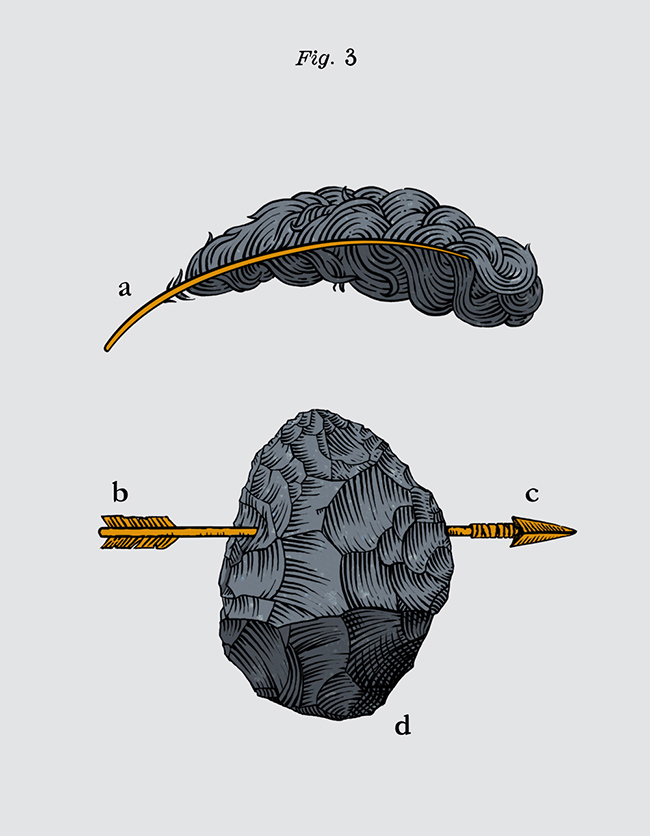 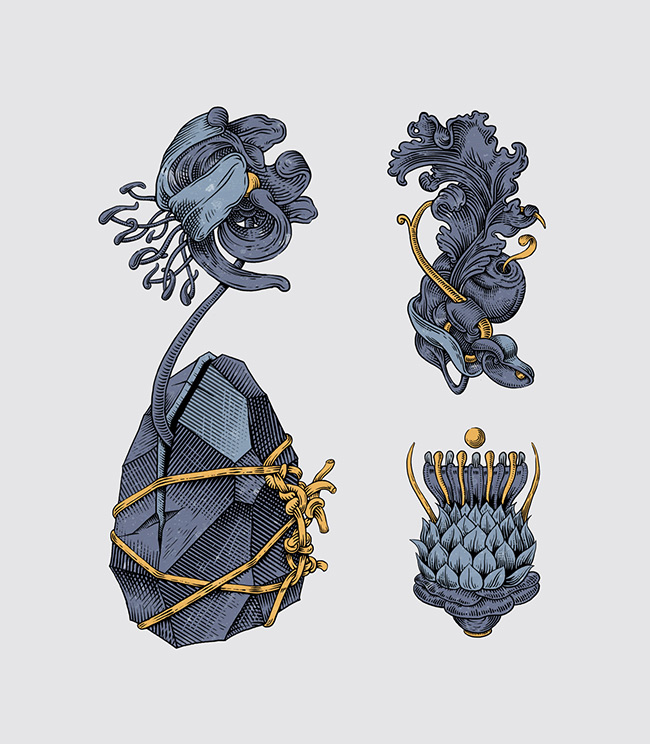 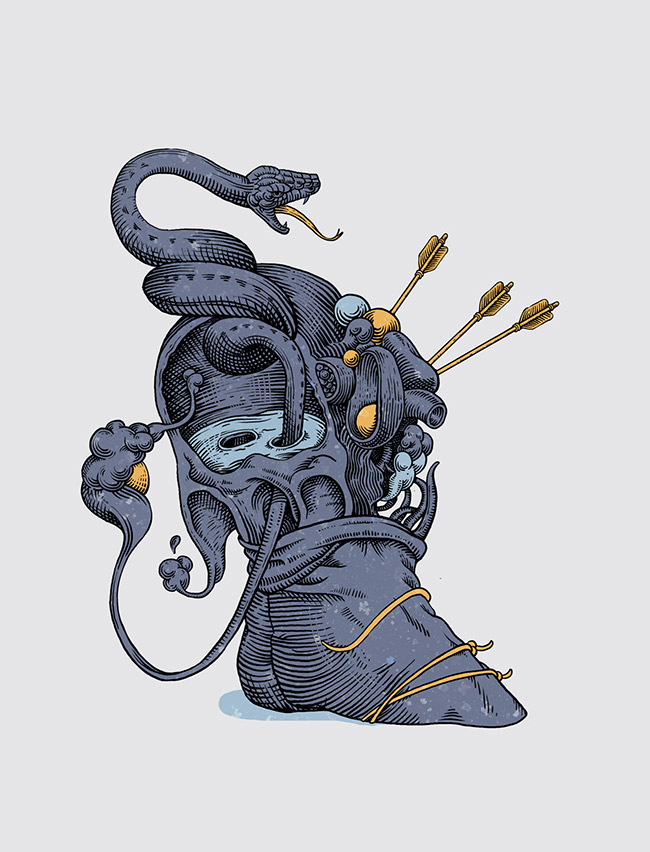 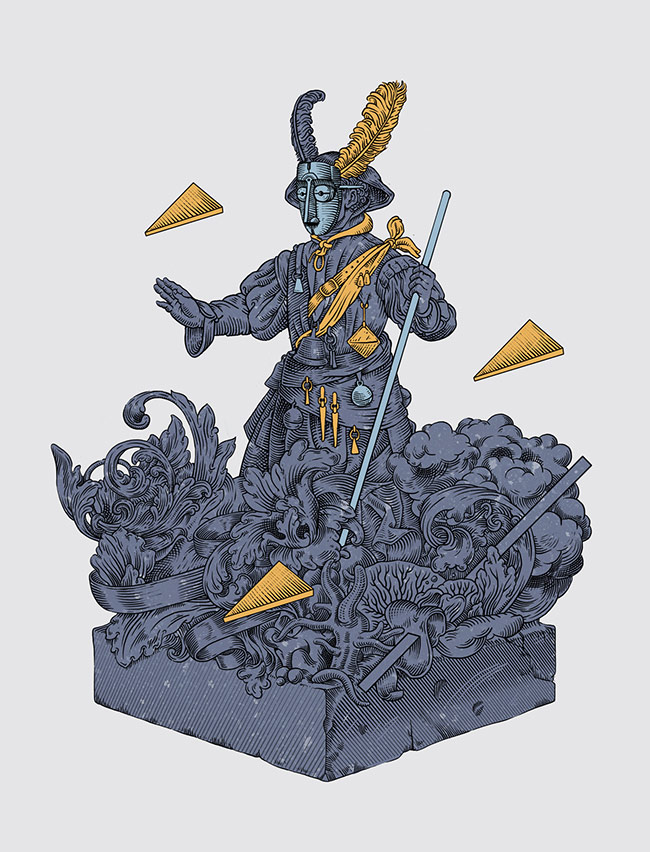 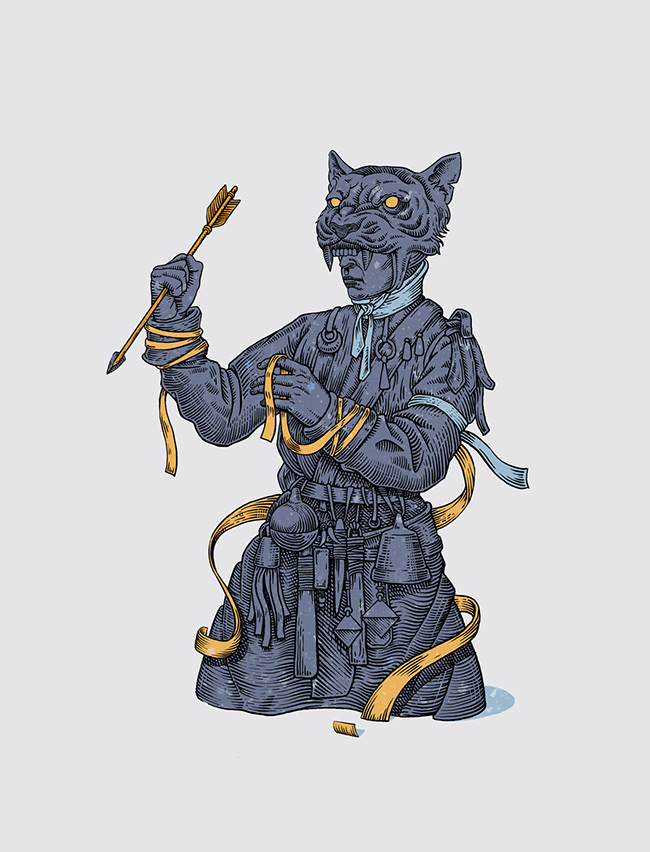