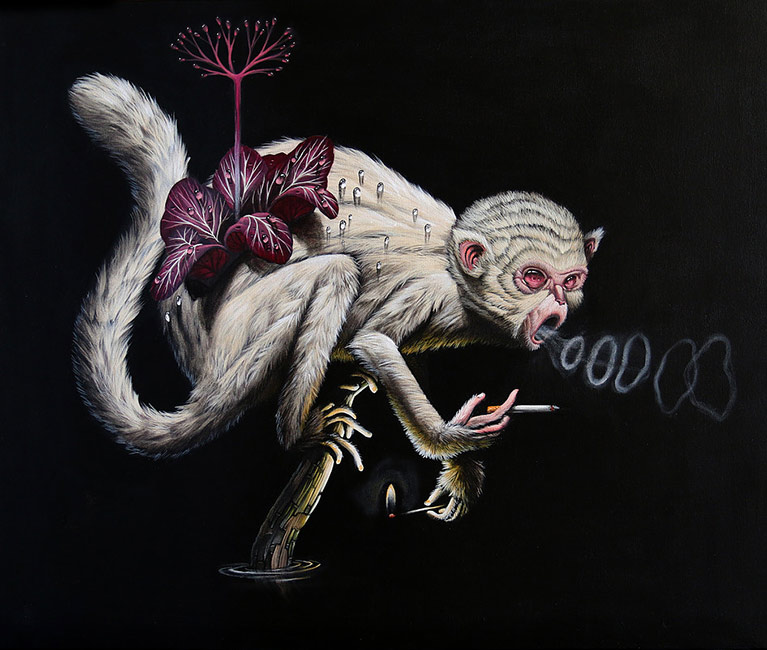 Veks Van Hillik was born in 1988, in a small village of the southwest of France. Influenced by his elder brothers, he takes up drawing at a young age and finds his first source of inspiration from the nature surrounding him, its fauna and flora.

Veks later develops his own style: an oneiric, surreal one, while integrating other various influences. Artists such as Gustave Doré, Ingres, Caravaggio, Dalí or Breton are constant inspirations from the past centuries but, as cursed by his generation, his work is also tinged by pop culture: video games, comics, street art and tattoos.

Since 2010, when he did his first exhibition in Toulouse (where he now lives and works), he has taken part in many exhibitions throughout France. Recently, his work crossed borders through installments at the MondoPop Gallery of Rome (Italy) in 2012 and Salerno, the Gristle Tattoo Gallery in Brooklyn (New York) and Melbourne (Australia) in 2013.

Each painting or drawing from Veks Van Hillik presents itself like an ode to fantasy, like a secret window to his dreams and chimeras, of which each scene and character is a subtle mixture of innocence and darkness.

“I work primarily with animals because their forms, their colors and their diversity is much broader than the human figure. Therefore I love the idea of animals playing human characters. There is also the fact that the animals are by nature fantastic creatures and supernatural! This inevitably evokes for me the universe of dreams and the unconscious, subject to what they are particularly fond of. The most used animal is certainly the fish. I don’t really know why, but it comes back very often in my work. He is floating everywhere; in water, air, not really flying, but levitating! Since I was a child I have been a lover of fishing and I imagine that this discipline as a child has marked me.” – Veks Van Hillik (Juliet Art Magazine) 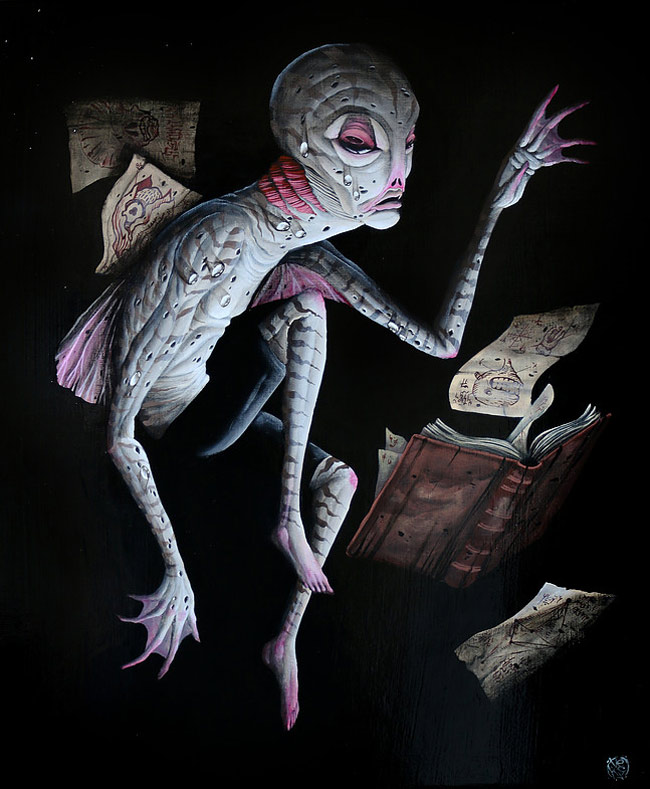 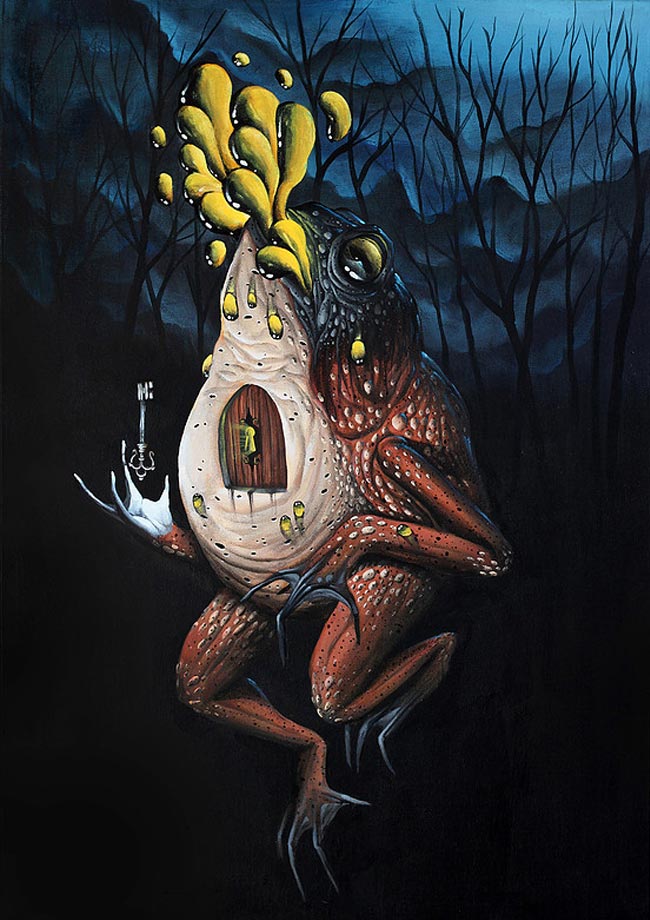 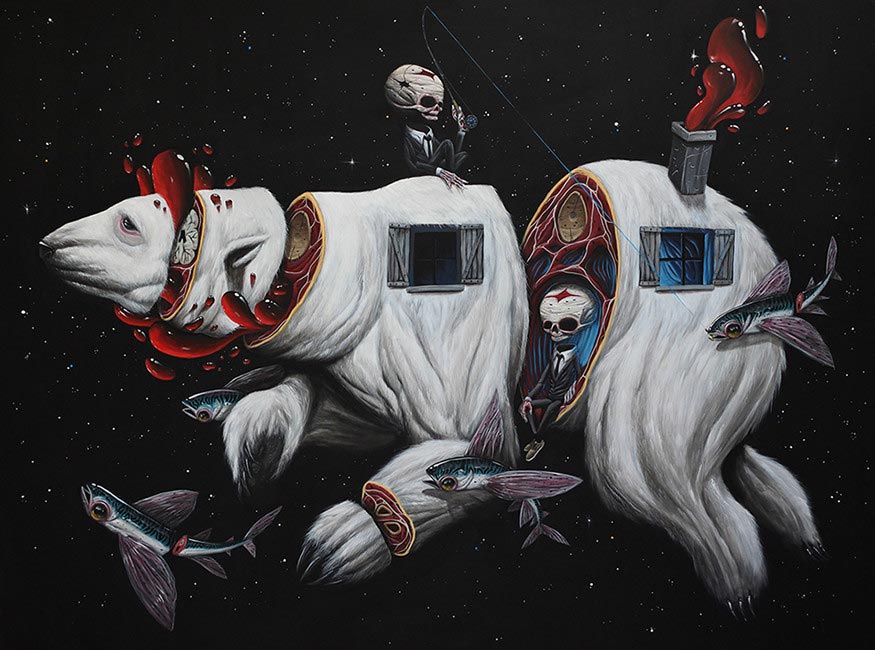 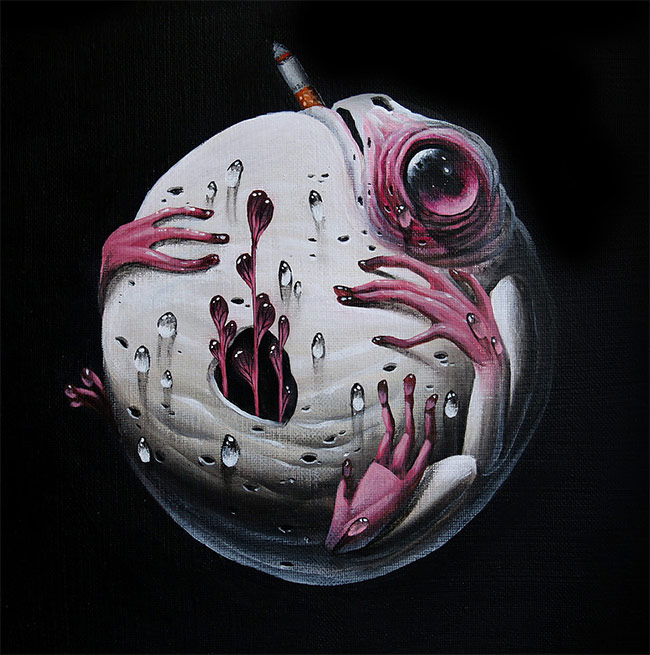 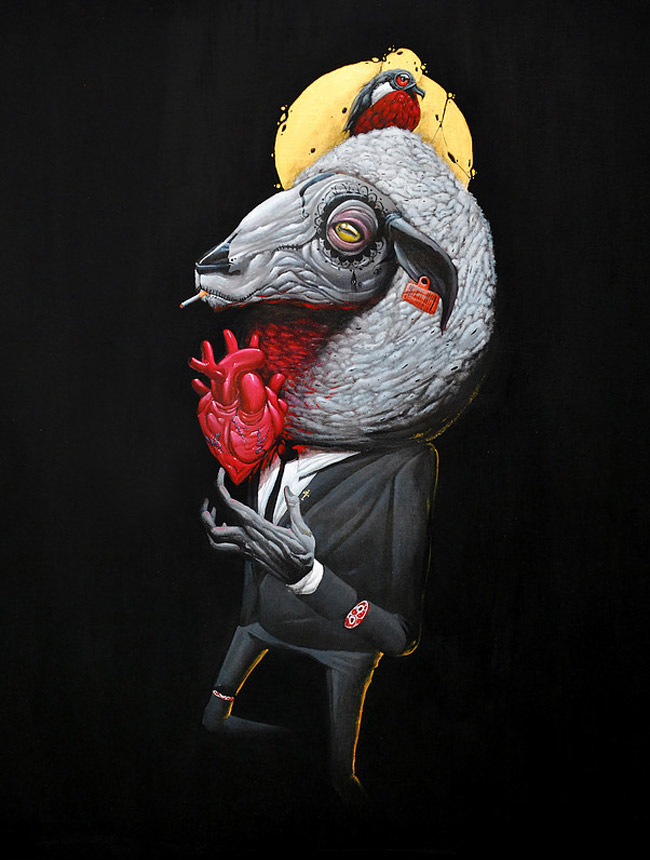 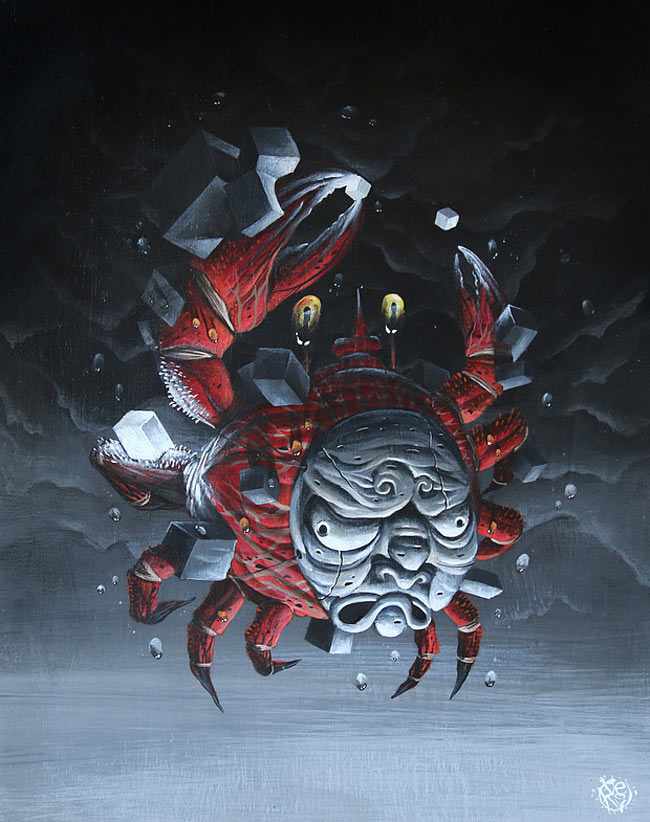 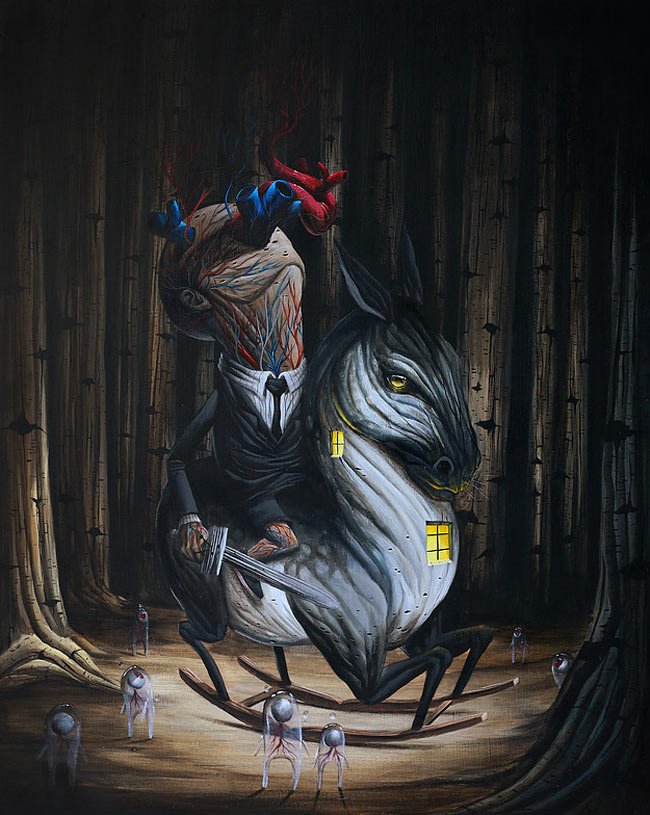 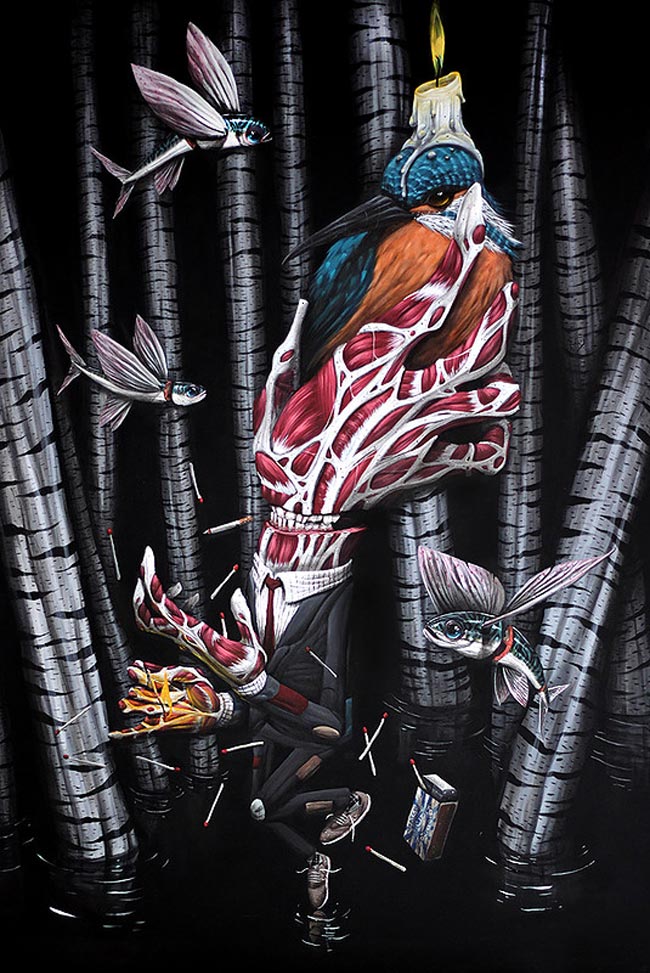 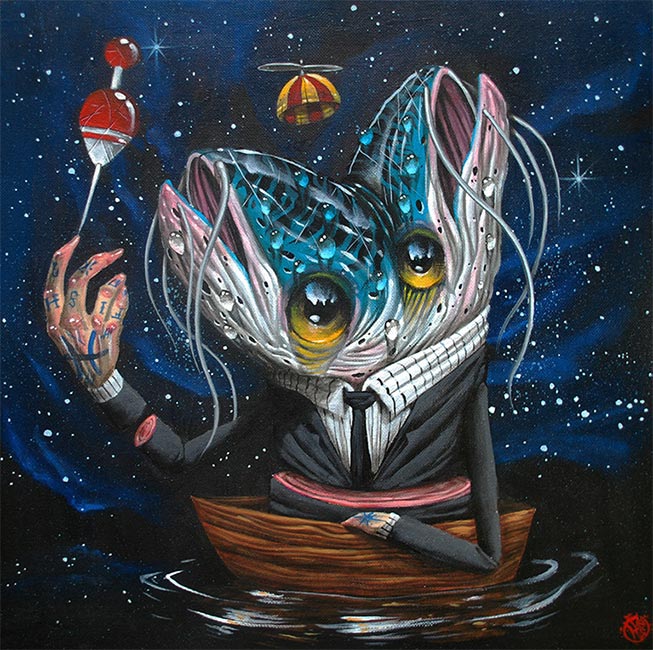