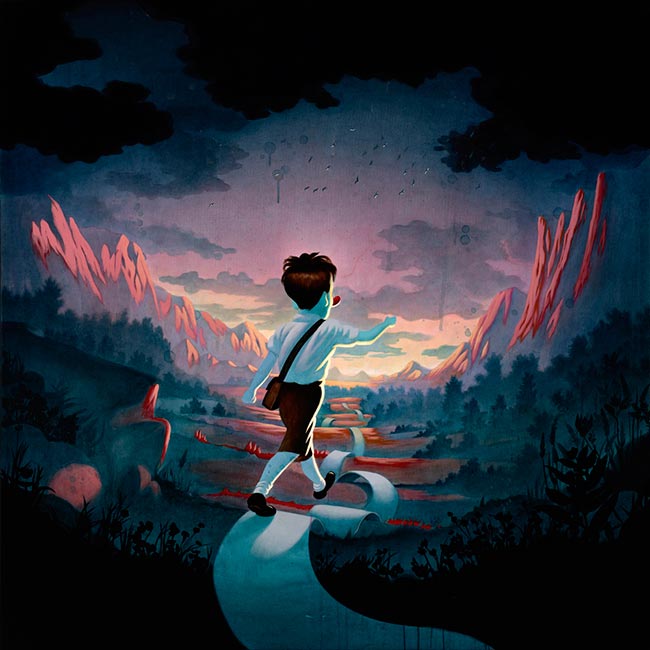 Victor Castillo is a Chilean painter currently residing in Los Angeles, California. He was born in Santiago, Chile in 1973.

He began drawing obsessively at the age of five, inspired by the animations he saw on television, science fiction movies, and the illustrations on his family’s record covers such as Pink Floyd’s “The Wall”. Following a disillusive experience with art school, Victor participated in an independent experimental art collective in Santiago, creating mixed media sculpture and video installations.

Victor moved to Barcelona, Spain in 2004, where he established his painting style with references to comics. After seeing the Prado Museum in Madrid, particularly Goya’s Black Paintings, he adopted aspects of classical painting in his work. Working with the legendary Igaupop Gallery until its closing in 2010, Victor began to show his work internationally.

Victor Castillo is currently represented by Merry Karnowsky Gallery in Los Angeles and shows with Helium Cowboy in Hamburg, Germany and Jonathan Levine Gallery in New York City among other galleries worldwide. His work has been exhibited in museums and galleries in Chile, Spain, the United States, Germany, France, England, Italy, Belgium, Denmark, China, Argentina, Brazil, and Columbia, as well as in numerous newspapers, magazines, and publications.

Victor has created large-scale indoor murals for the National Museum of Fine Arts (MNBA) in Santiago, Chile; the Museum of Modern Art in Chiloé; and the Center for Contemporary Culture Barcelona (CCCB), Spain among other installations.

“I find it much more entertaining to paint children as a reflection of who we are. Adults for me are already completely corrupted. That’s why if you see adults in my work, it’s like the old animations of Tom and Jerry where you never see the faces of the adults, maybe only their feet. It’s a little bit of this idea that the child world and adult world are different universes. In the painting ‘Written, Forgotten’, I was inspired by the idea of indoctrination – the guy is reading a book, a black book that could be the Bible or a history book or a book on good customs. I think a lot of these books that teach children what is good always hide something; they are part of indoctrination. I distrust institutions so much that I think even education can sometimes be a part of manipulation!” – Victor Castillo (Swide Magazine) 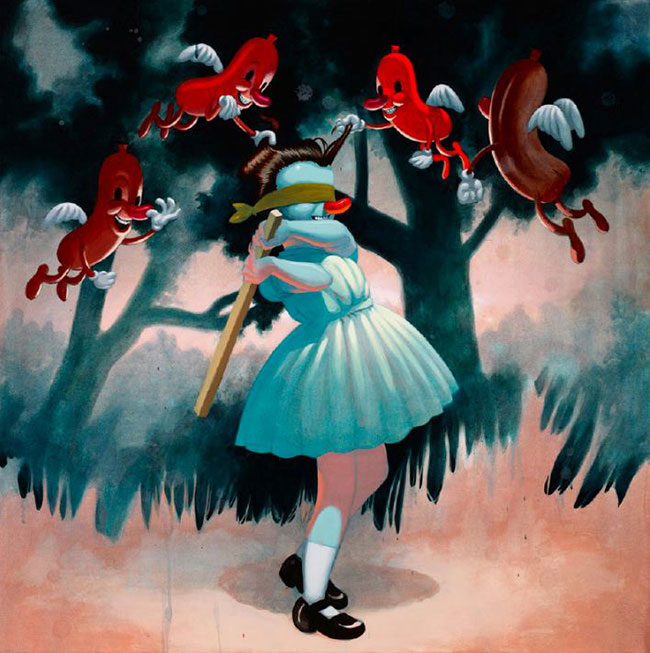 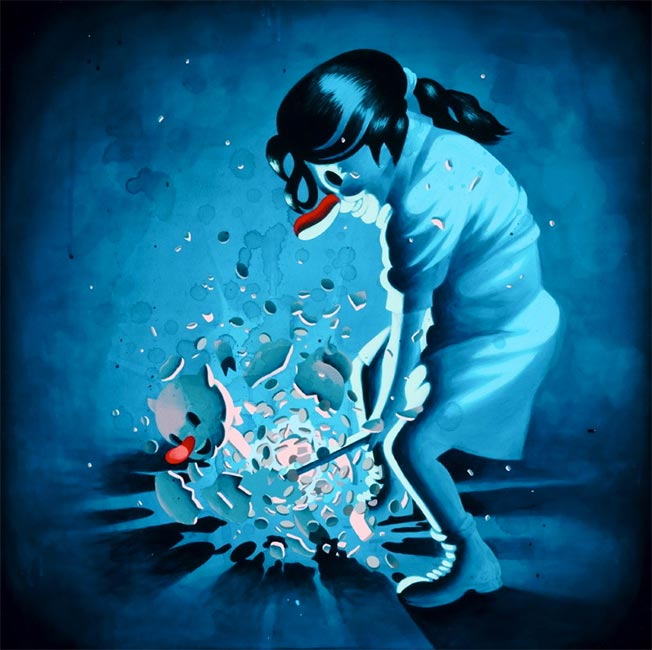 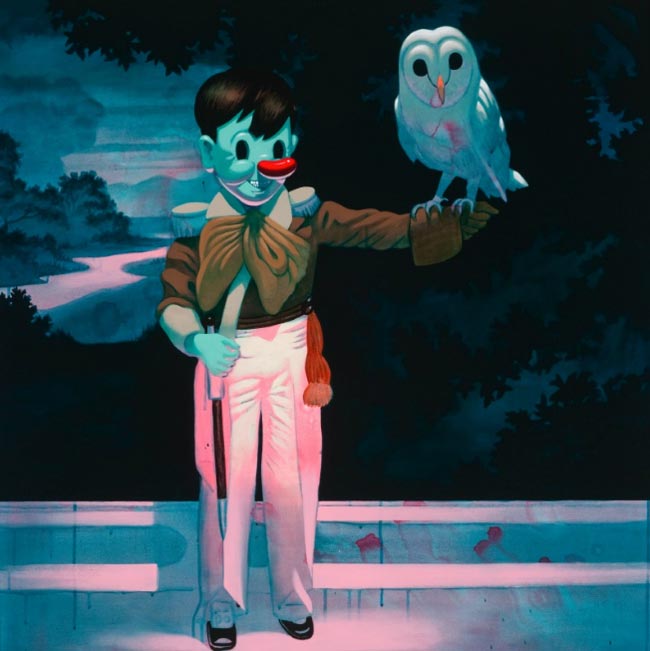 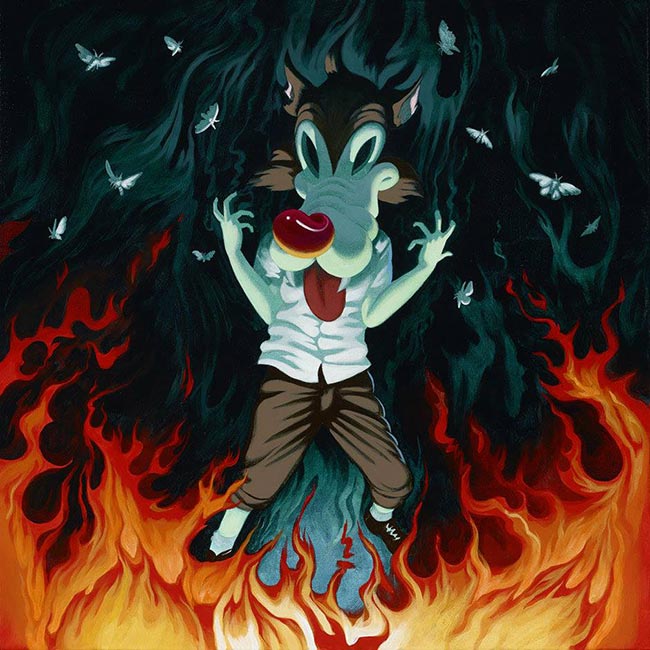 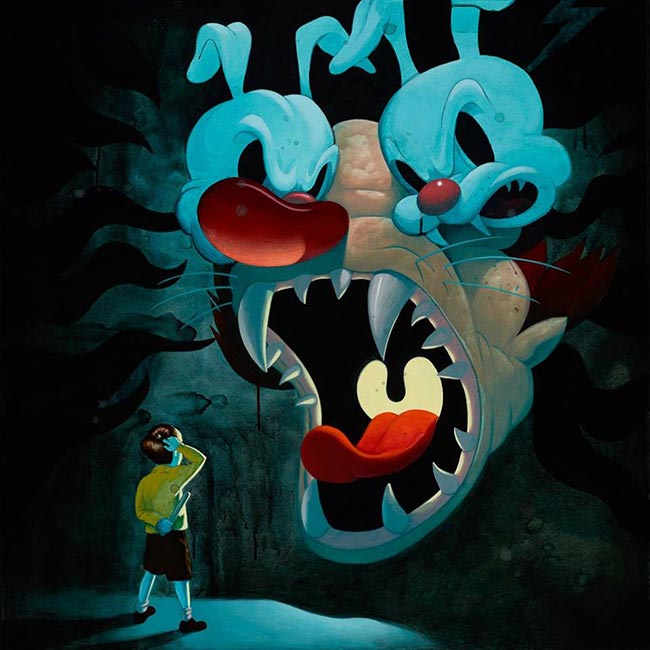 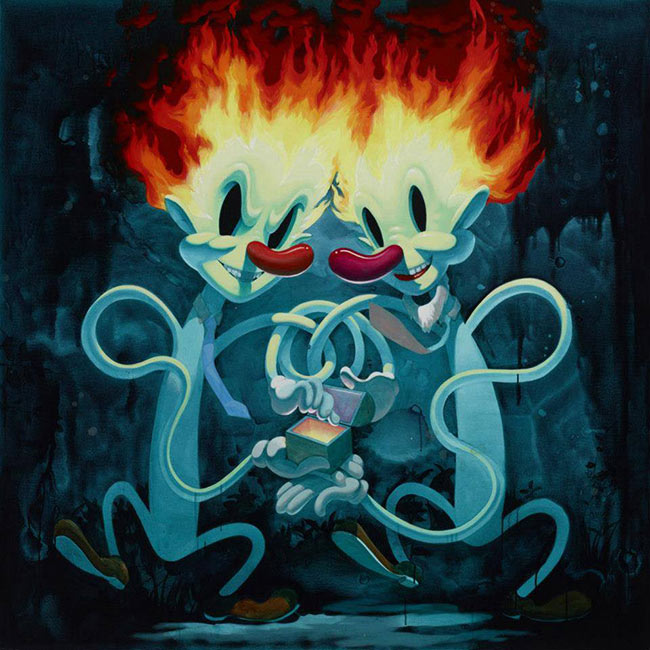 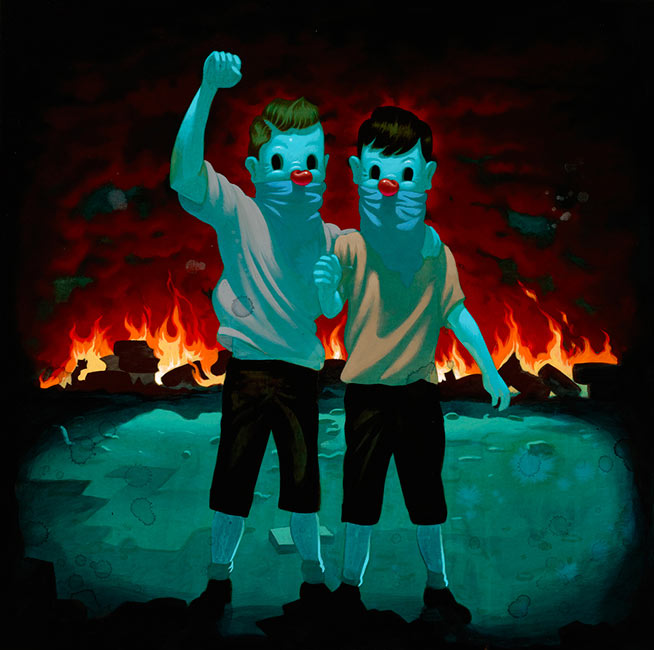 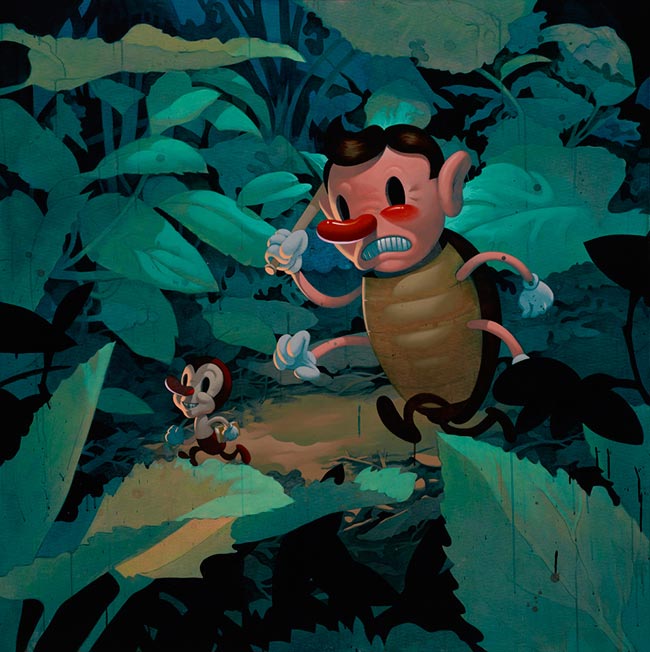 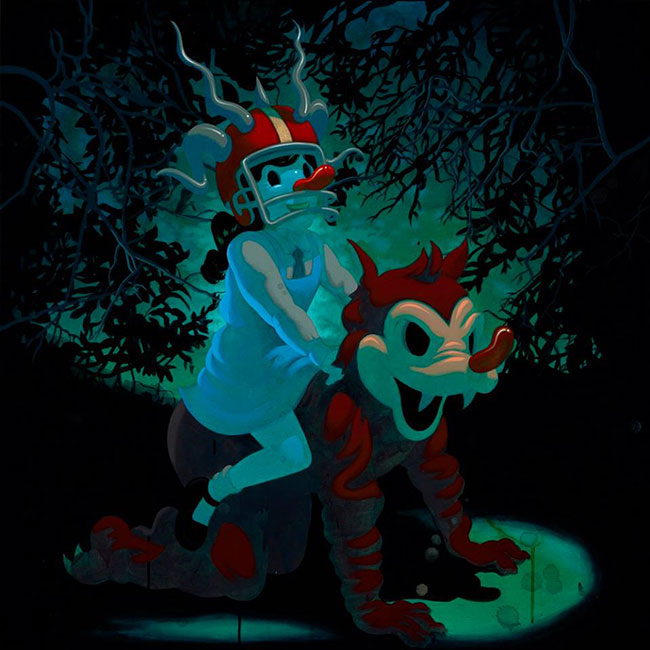 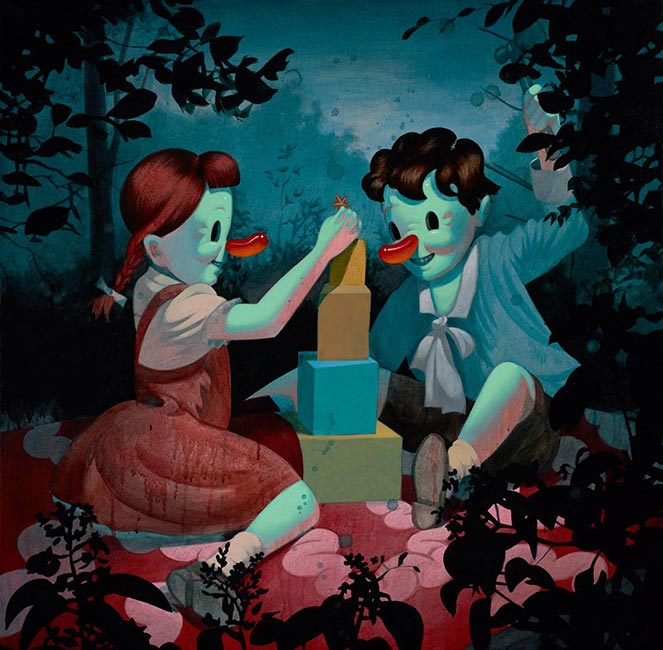 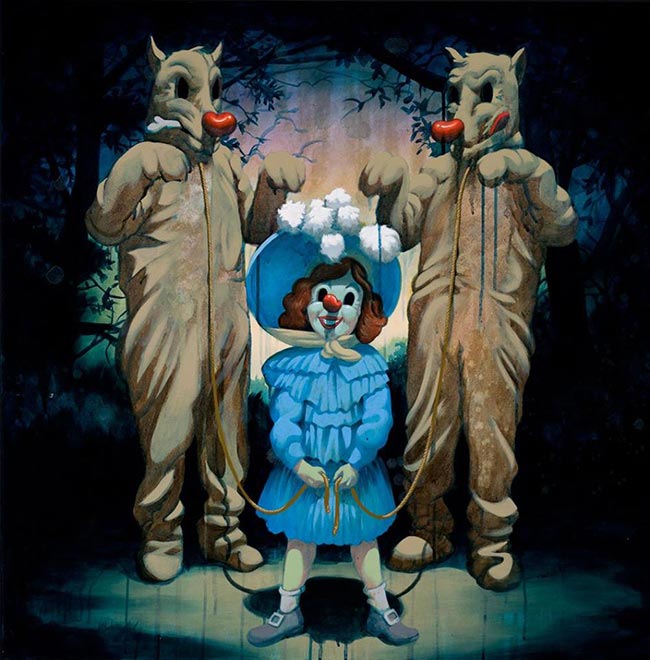 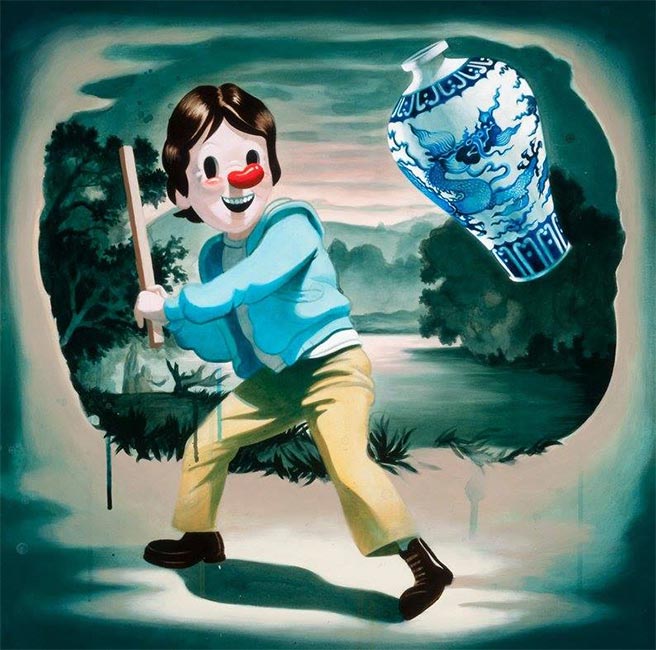