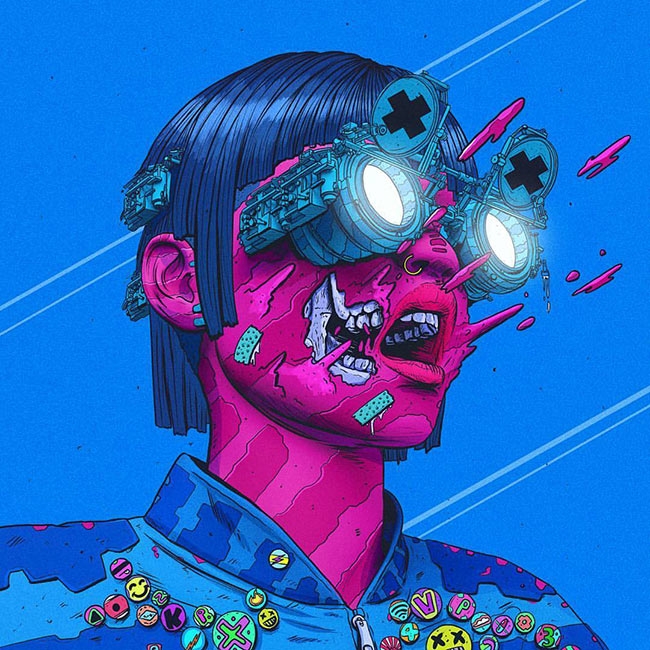 Nick Sullo aka xsullo, was born and raised in California where he went to art school at the Academy of Fine Art in San Francisco and subsequently started his career in visual effects for film. He’s been working as a digital artist within the film industry for close to a decade, undertaking jobs in San Francisco, Vancouver BC, Los Angeles, & Portland OR.

In the 90’s xsullo started experimenting with traditional mediums; oil paints, pen & ink, printmaking, and photography. Then in the early 2000’s, he began gravitating more towards digital work, with a growing passion for film. Since then, he’s been motivated by the future of technology and how it can help push the craft for clients and his personal creative endeavours.

xsullo’s personal artwork explores both issues close to home and those happening in the world at large. He injects these inspirations into a visual aesthetic which combines surrealism with cyberpunk and techno-dystopian signifiers, all rendered with confident lines and fantastically vivid colour palettes. xsullo utilises his skills in both traditional and digital domains, often taking digital pieces that resonate with him deeply and bringing them to life in the real world through the use of acrylics and spray paint on canvas.

Within the field of visual effects, xsullo has contributed to projects such as Taboo featuring Tom Hardy, Netflix original Stranger Things, Pirates of the Caribbean: Dead Men Tell No Tales, San Andreas and Iron Man 3.

“Art plays a major role in my life, it puts food on the table, and pays the bills as well as being very enriching and allowing me to personally grow and progress through my life and help me get past things. Artwork in general, especially when seeing others, helps open up my world to see things differently and it reminds me to be open-minded and to never corner my style or creativity.” – xsullo (Ballpitmag) 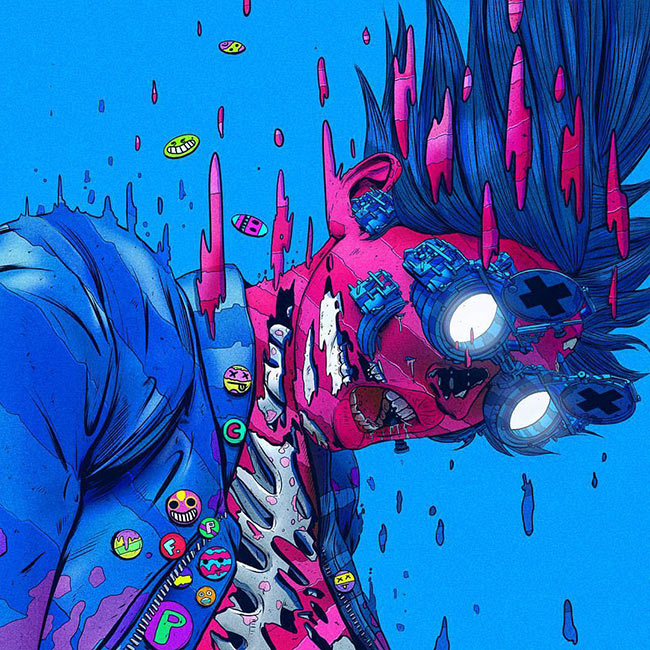 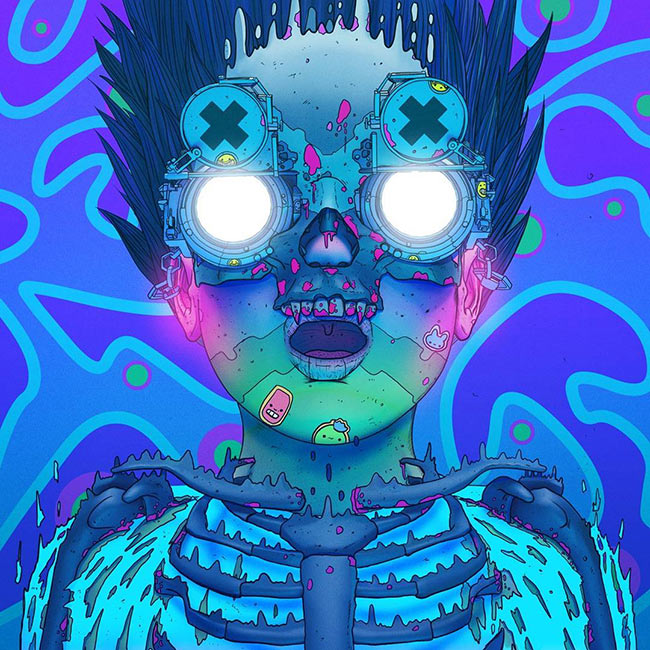 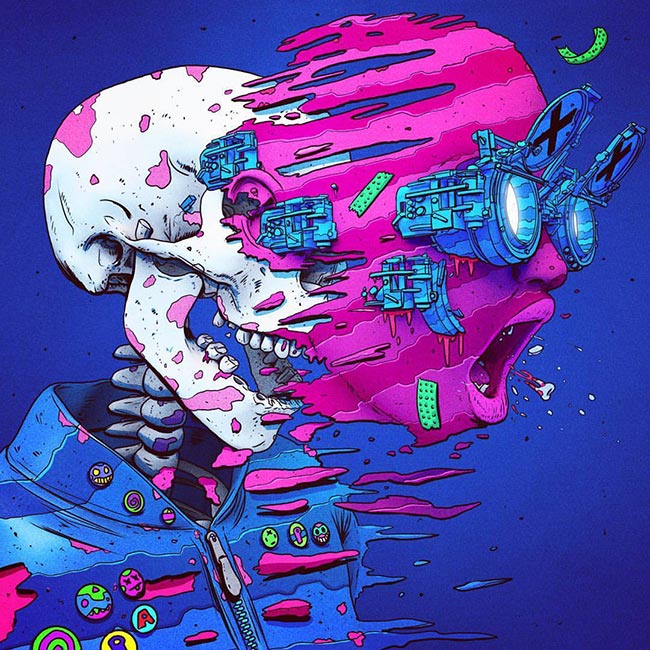 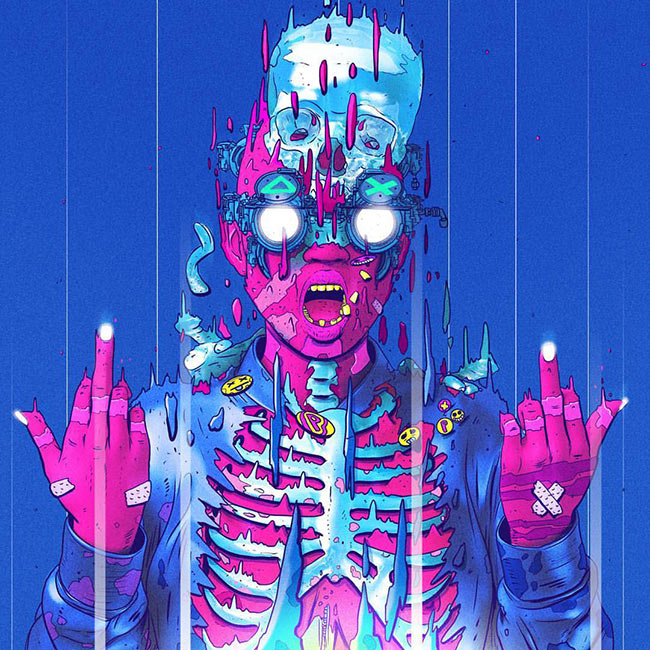 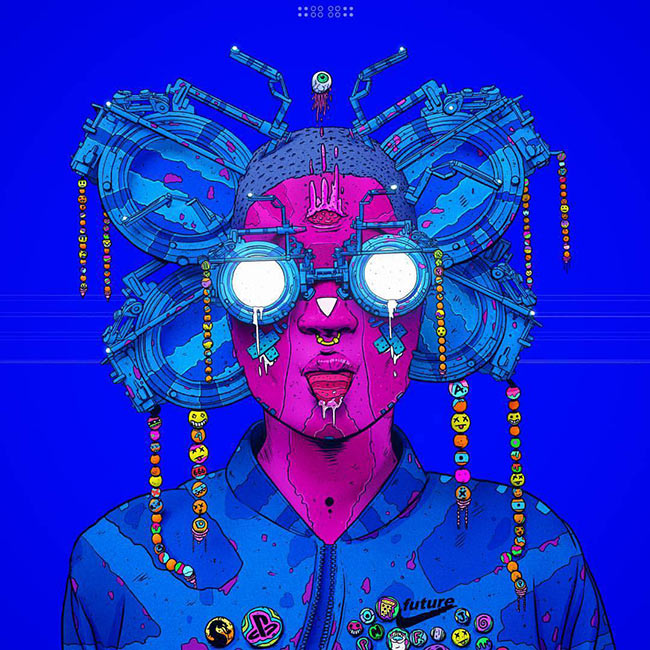 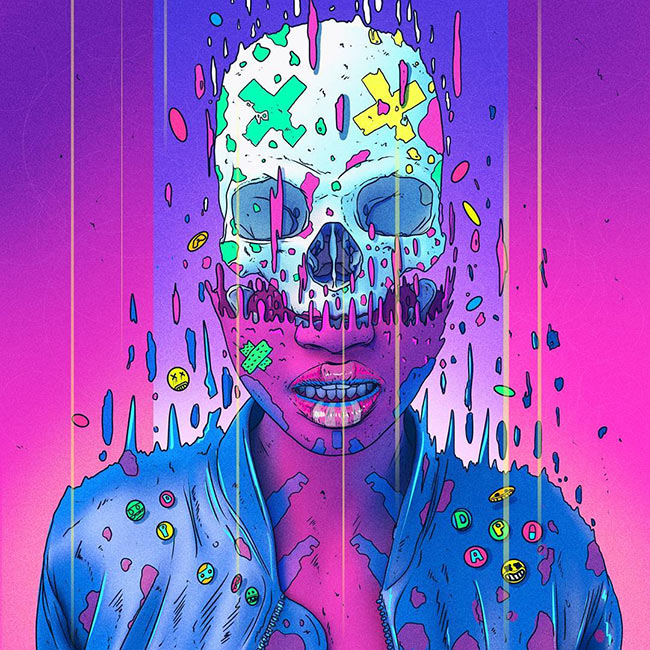 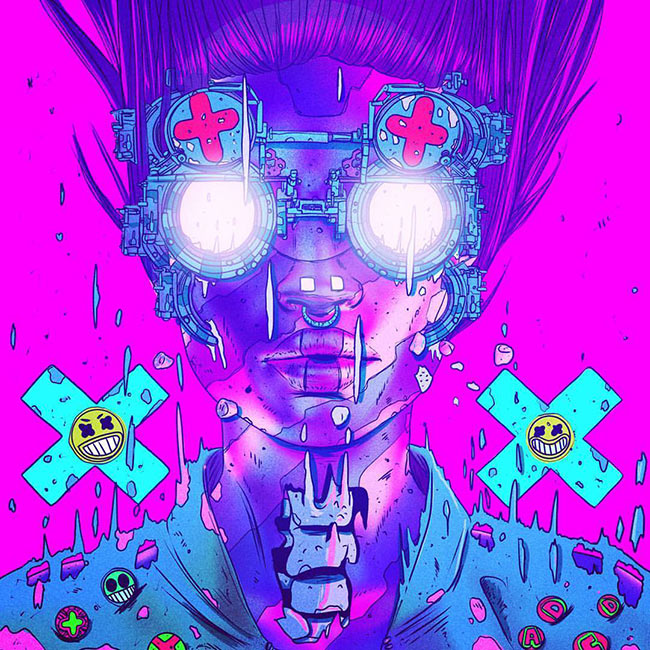 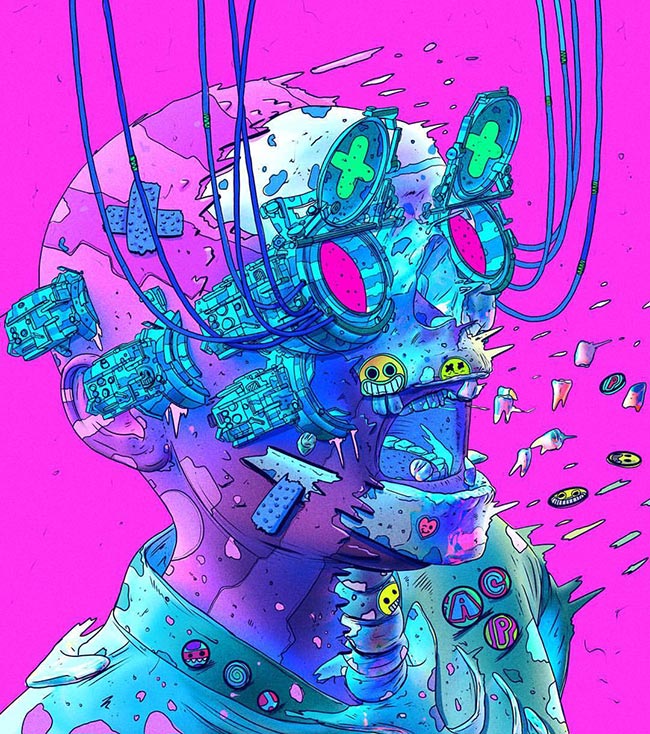 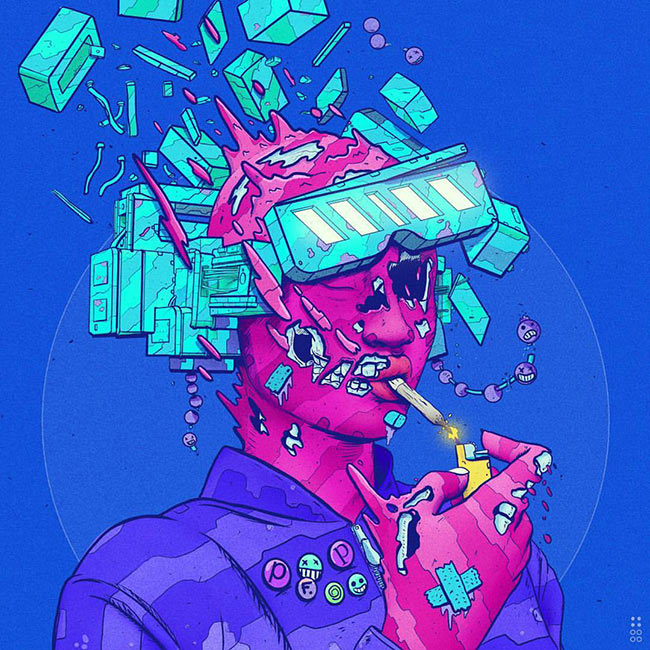 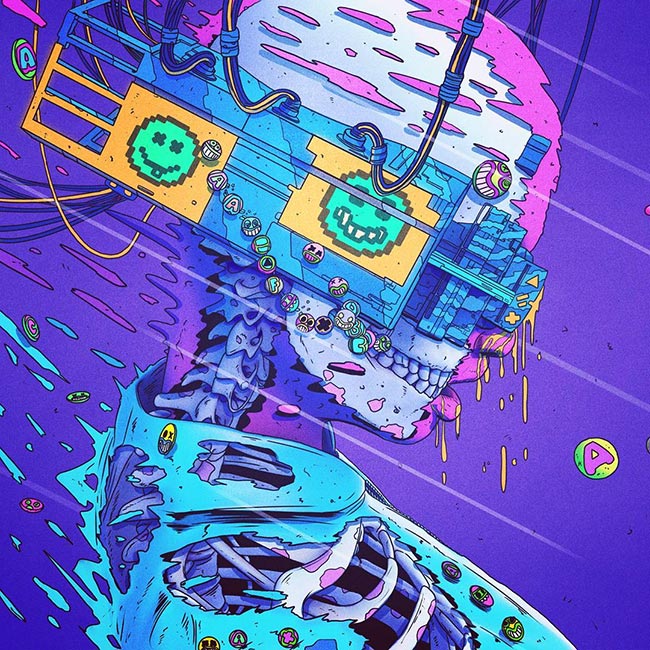 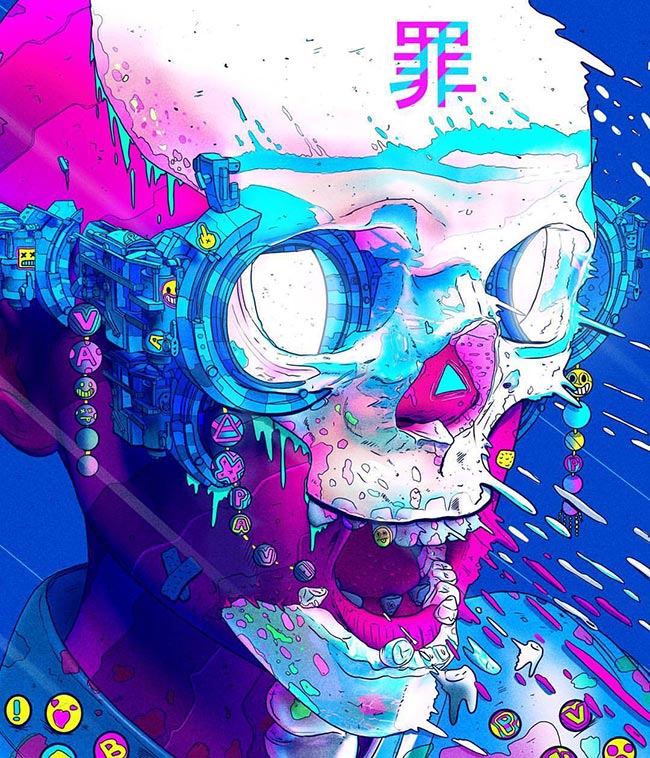 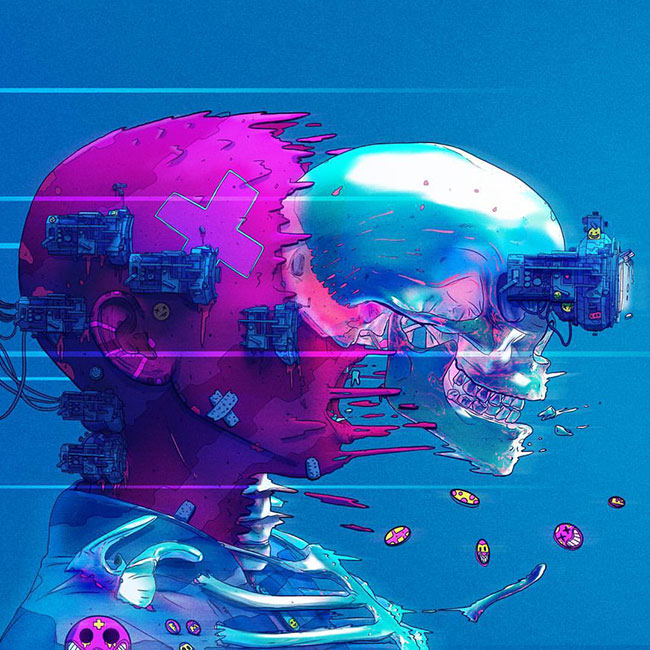