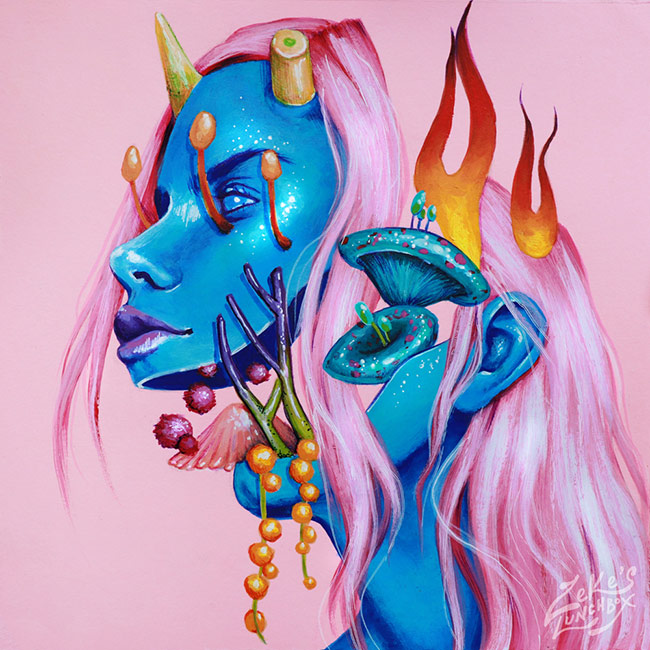 Zeke’s Lunchbox is an art pseudonym for Sydney based artist, Julia Rich. Under this name she creates work that is influenced by kitsch art and the space age while extrapolating ideas with imagery from everything B-grade. The work is triggered by schlock artists and draws inspiration from illustrators of Goosebumps and Garbage Pail Kids. Zeke’s Lunchbox is primarily a painter, illustrator and street artist specialising in portraiture of alien-like women and strange creatures that reside on distant planets.

Zeke’s work has been exhibited in a multitude of local and international group shows, including Miami Art Basel, Booty Worship in the US and Soft Matter in the UK. Some local highlights include her installation with fellow artist Rel ‘Terhor’ Pham on their ongoing project TeeZee (Terhor & Zeke), which includes art festivals; Art, Not Apart & Critical Animals. In 2016, both artists practised a three month residency TeeZee Turf with Brand X that allowed them to take over a multi-functional space that was used as a gallery, shop and studio. In 2017, Zeke’s Lunchbox was selected by Avant Card as a featured artist for their postcards which ran ten thousand copies Australia wide.

Zeke has also collaborated with designers, musicians and fellow artists both locally and abroad. Ranging from an artwork commissioned by boutique marketing agency Wild Minded, to creating bespoke garments with Sydney maker Spunky Bruiser and a design collaboration with nail art company Personail.

“My creative process is very much about writing lists and key words to drive home concepts. I typically have really strong ideas that come to me randomly and I usually stick to them because that initial surge is almost hypnotising. I’ll research colour combinations or search for stories that are similar in concept then sketch everything out until I’m happy with the idea. I tend to not finalise the drawings most of the time because I like to leave some mystery and problem solving when I’m painting.” – Zeke’s Lunchbox (Wild Minded) 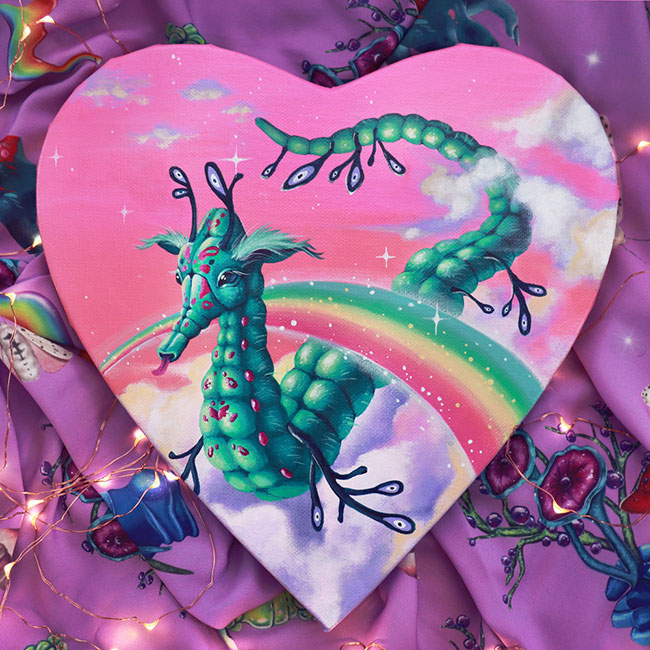 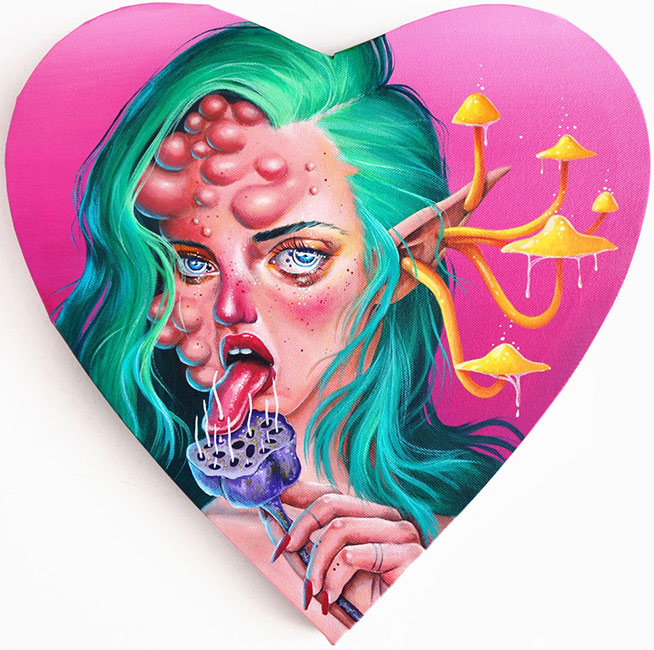 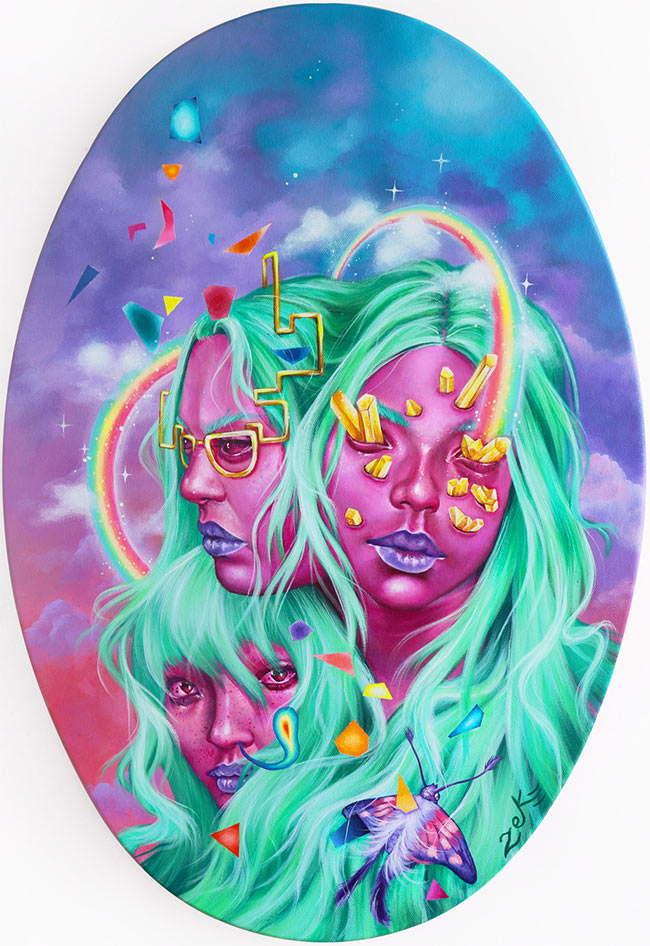 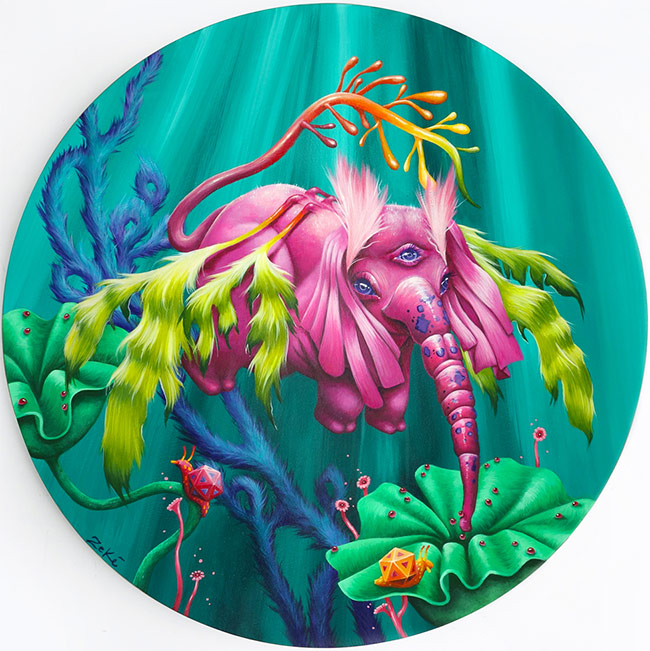 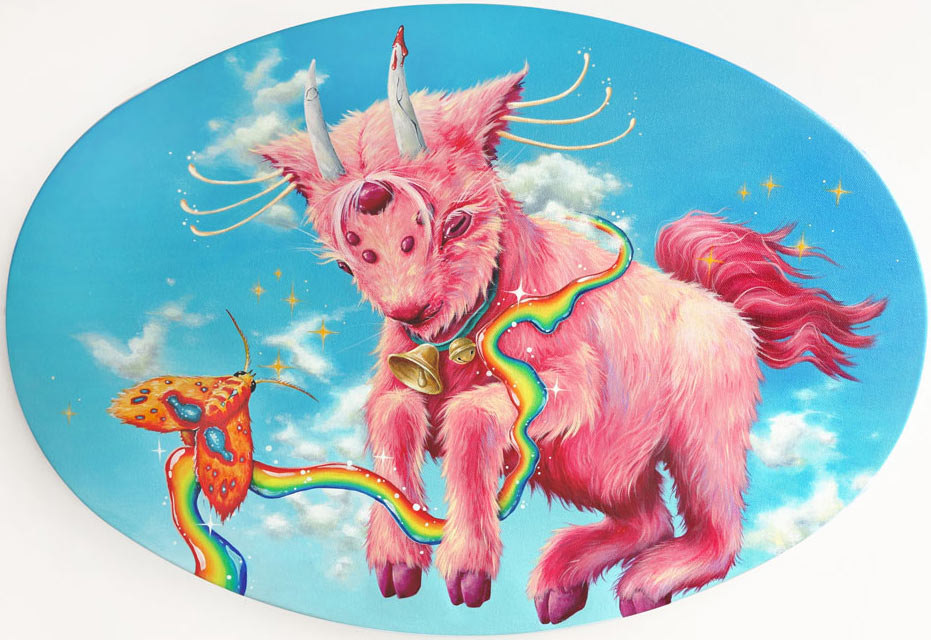 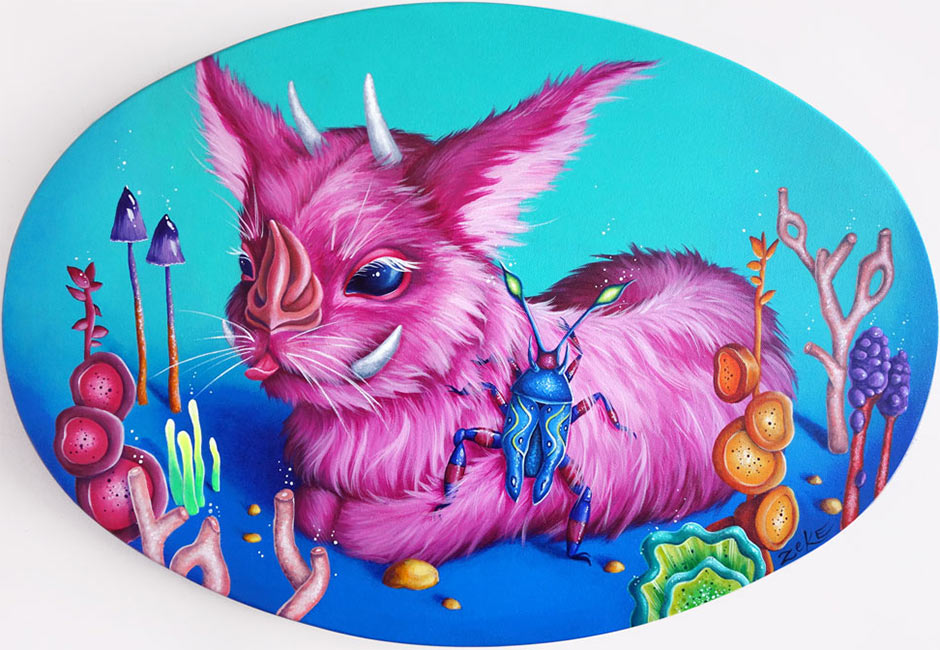 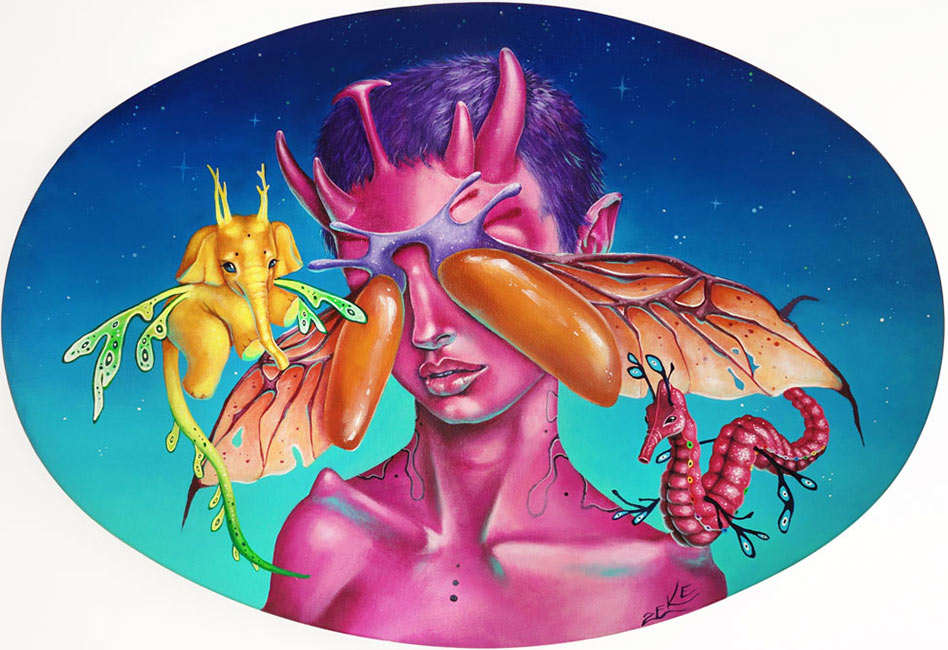 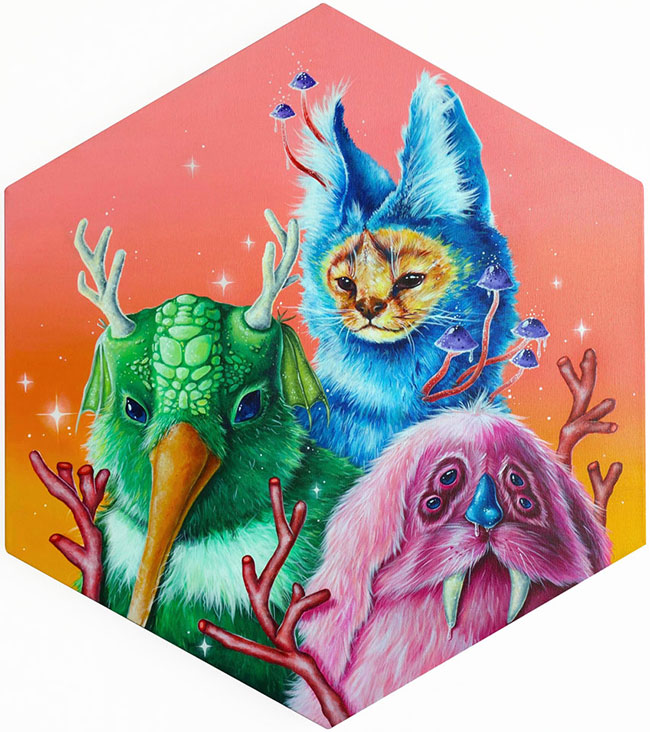