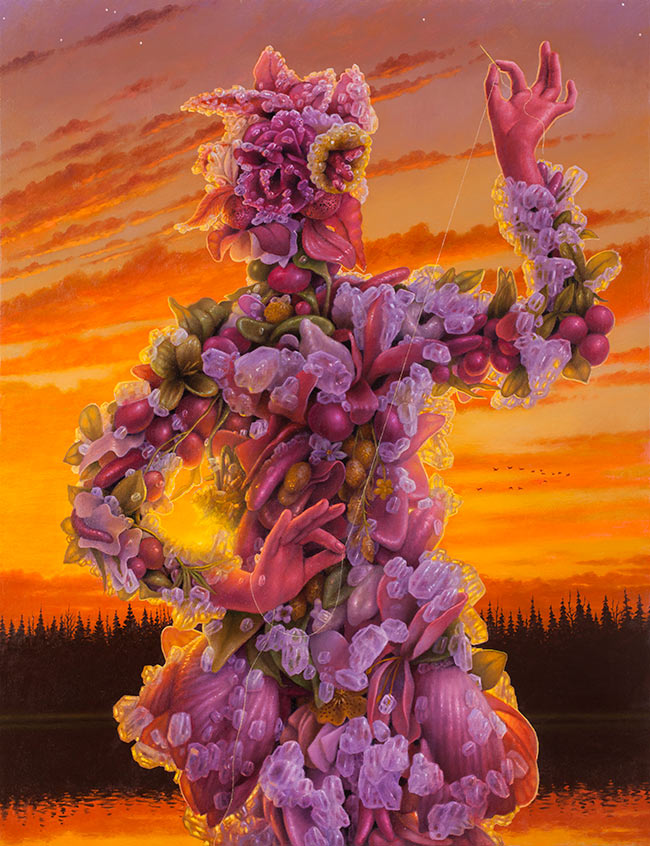 My current solo exhibition at Corey Helford Gallery, Terra Incognita, continues the mythic narrative of the Border Creatures, a race of hybrid beings that populate my work. I’ve long considered my artistic practice to be rooted in the traditions of narrative painting, but in this show I found myself more heavily invested in myth-making than ever before. In order to fully consider the shift that these new paintings represent, I’d like to reexamine the path that led me to the myth of the Border Creatures. 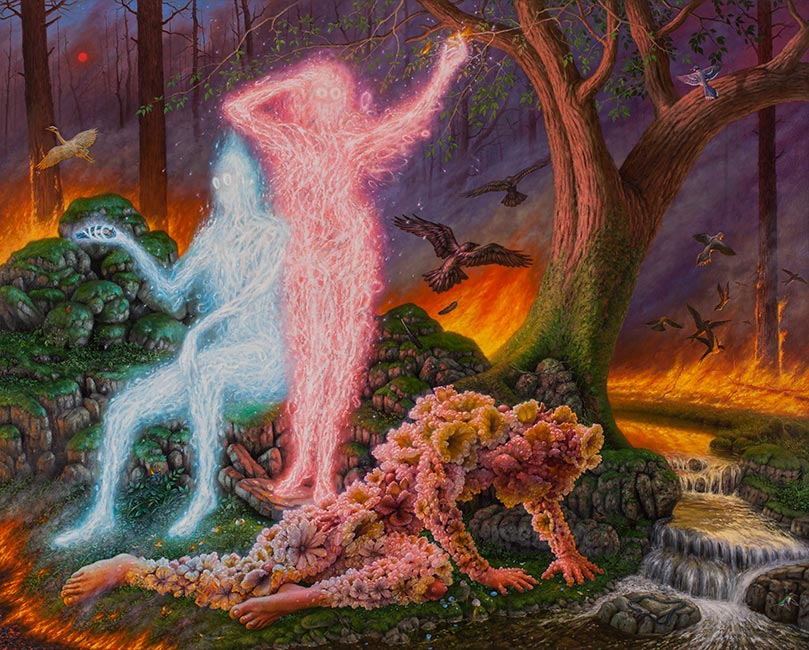 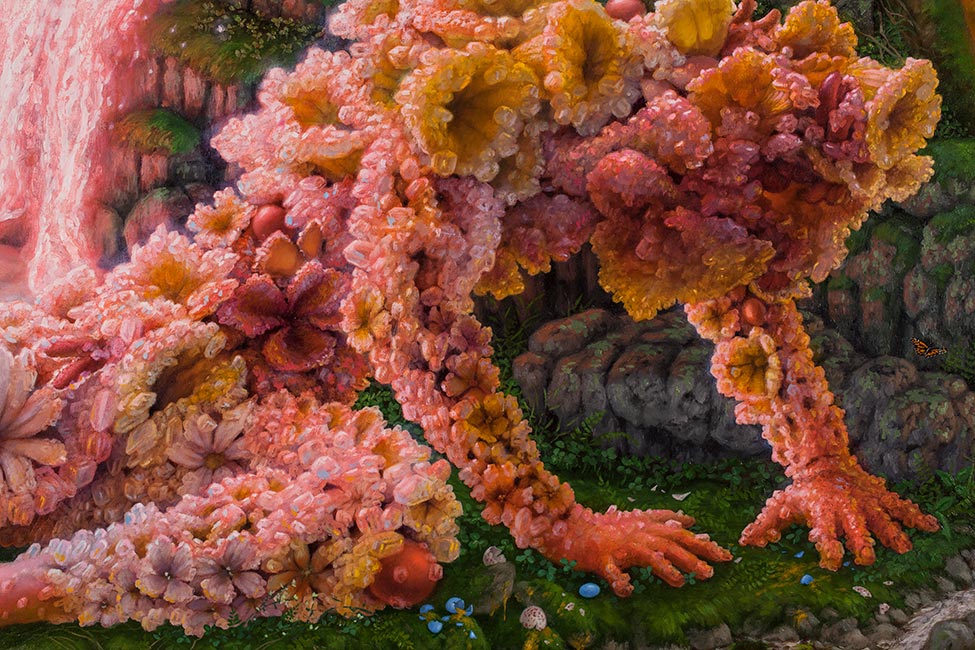 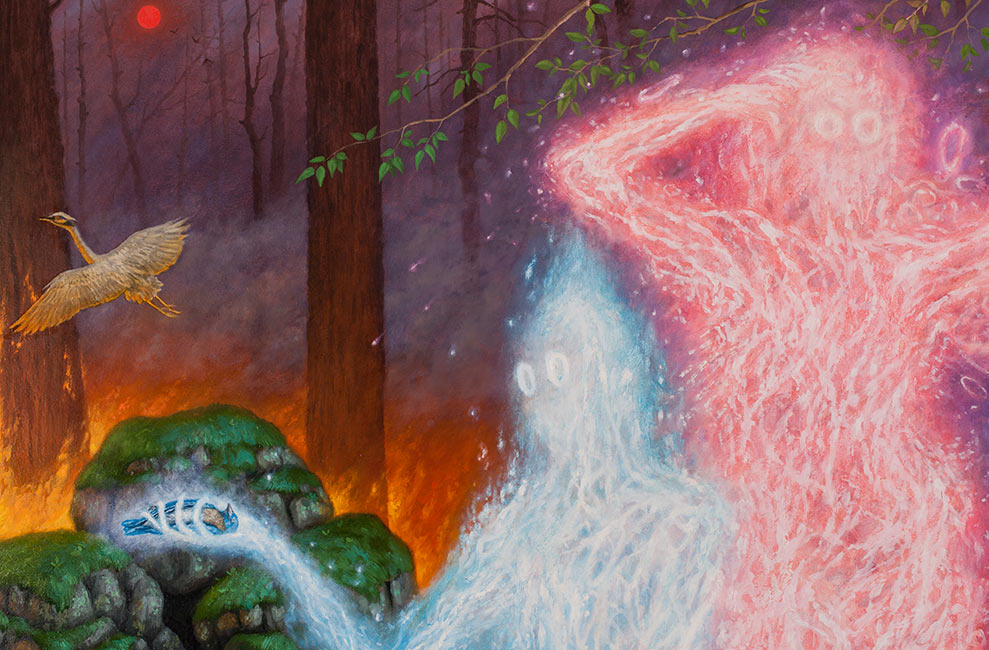 In the winter of 2011, I painted my first Border Creature. Although its shape was vaguely human, this figure looked as if it was composed primarily of viscera and slime; in short, it was truly grotesque. I didn’t realize it at the time, but this painting was the seed that would grow an entire world. At this early point in my practice, I didn’t have much of an interest in narrative. I thought of my work as kind of experiential stagecraft, in which the elements contained within the space of a canvas could elicit certain sensations for a viewer. I was afraid that any overarching narrative might disrupt the intensity that I sought. But a narrative evolved nonetheless. It began with very simple questions. Who are these figures? Where do they live? What do their houses look like? What happens when they die? With each question, I found myself more emotionally invested in the figures that I painted, and an empathy for these characters began to guide my work. 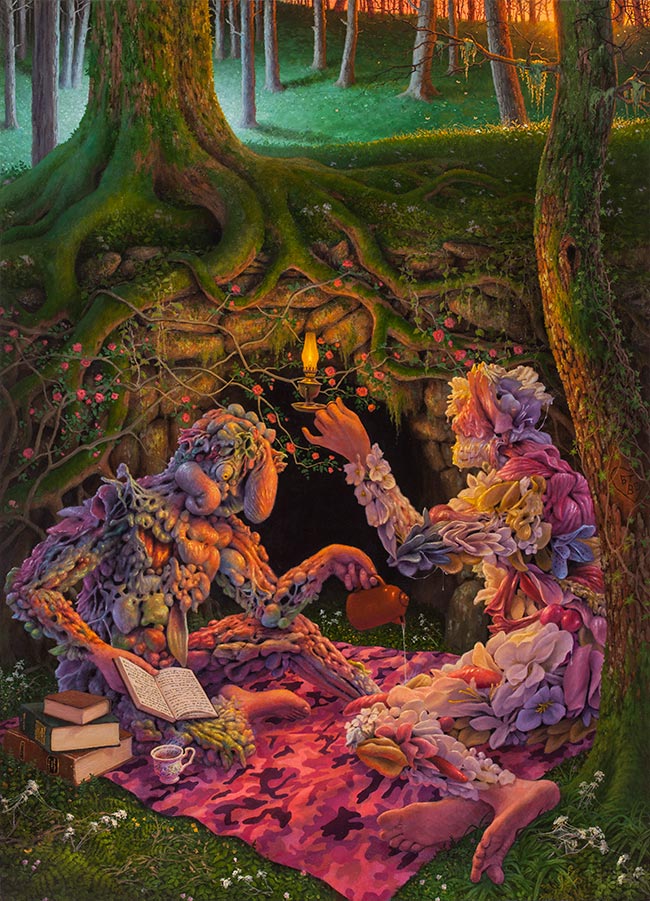 Over time, this world-building has shaped a mythic space that I named the Borderlands, the wilderness home of the Border Creatures. For the past few years, I have depicted the Border Creatures existing in symbiotic harmony with their surroundings. Their idyllic lives have been a kind of Utopian vision, and so the mythology of the Border Creatures has, until recently, been a narrative without any kind of linear progression. The work in Terra Incognita marks the end of this Golden Age, and chronicles a time of strife in the lives of my characters. In this exhibition, I’ve allowed myself to dive deep into the narrative of the Border Creatures, and so the myth has become increasingly idiosyncratic. In many ways, this leap has not only felt natural, but also necessary to my artistic practice. There’s also a certain vulnerability to presenting this kind of fantasy, as I’m asking viewers to suspend their disbelief and emotionally engage with the world that I’ve created. 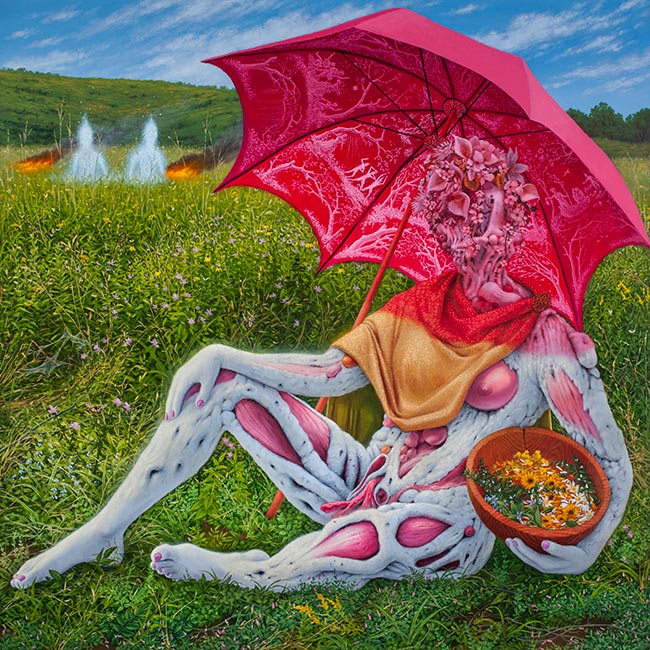 The events of Terra Incognita begin with the mysterious appearance of the Specters. These destructive spirits antagonize the Border Creatures, lighting fires throughout the Borderlands and arbitrarily destroying the ecosystems around them. After the death of Bird Gardener at the hands of the Specters, the creatures are driven into hiding. Veiled Healer, a herbalist and a mystic amongst the Border Creatures, emerges as a champion that might deliver them from the danger they face. Under the guidance of the Great Seamstress, the creatures band together to create the Fatherdress, a supernatural garment that aids Veiled Healer in her path to self-realization. This hero’s journey culminates in the transfiguration of Veiled Healer, in which she becomes both mother and father to the Border Creatures. The Specters that witness this event become unbound from their static binary state, and are transformed into Spectral Witnesses. 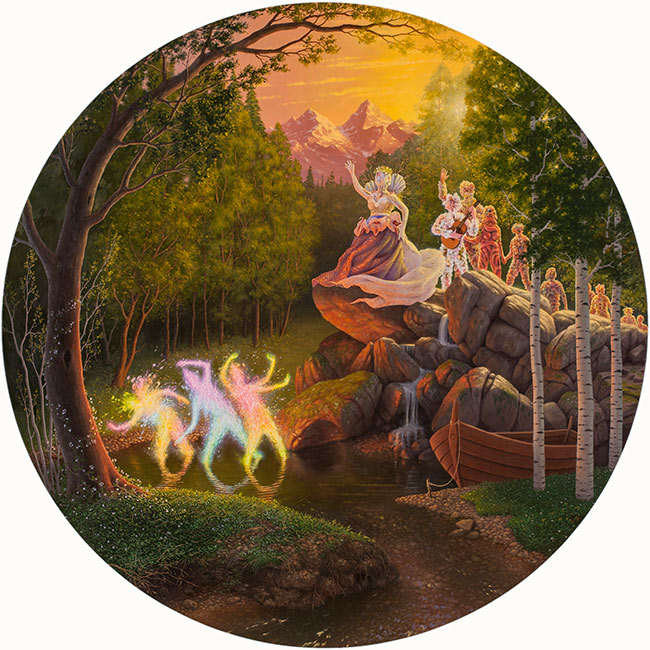 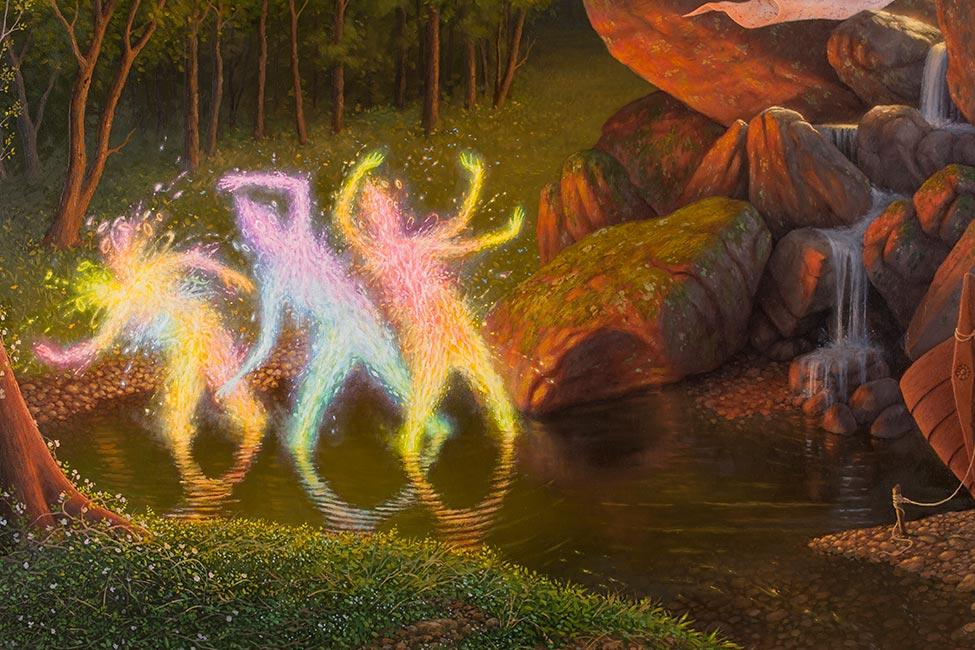 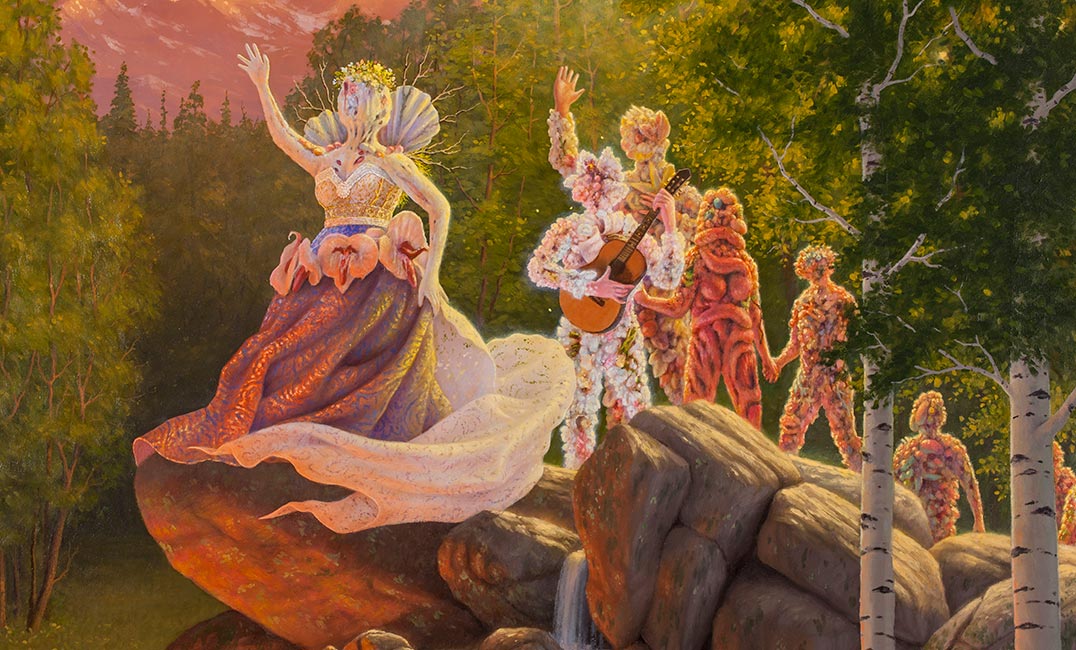 This kind of specific and detailed lore invites the obvious question: what came before and what will come next? The honest answer is that I’m building this ship as I’m sailing it. The very nature of narrative painting leaves room for mystery, for questions about what happens between different works. I’ve come to relish these plot holes, because they take me out of the role of omniscient creator-storyteller and recast me as a narrative archaeologist. When I uncover a missing piece of the myth of the Border Creatures, it feels precious, like a secret revealed. This leaves room for a sense of play in my practice, and opens a space for me to experience wonder in the process of making. And these works, at their core, are an offering to share in this sense of wonder. 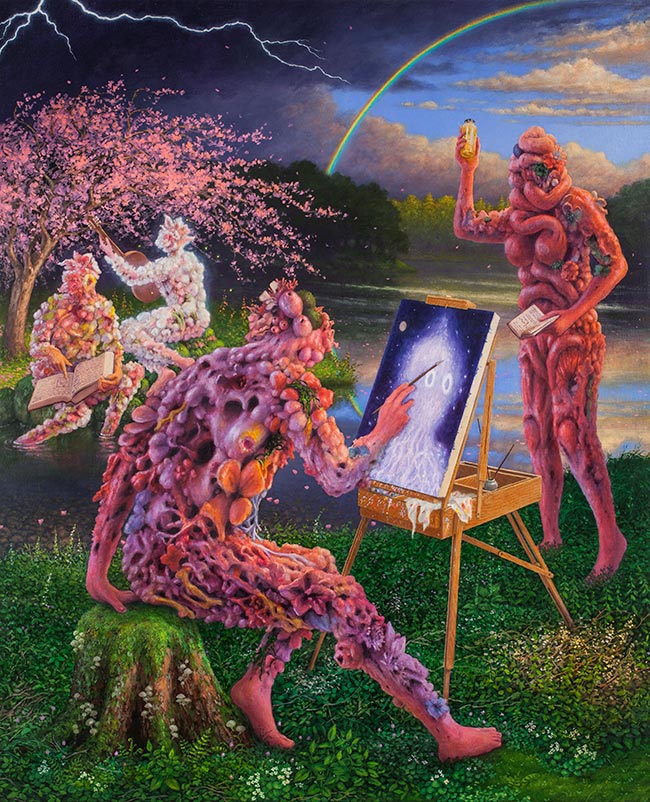 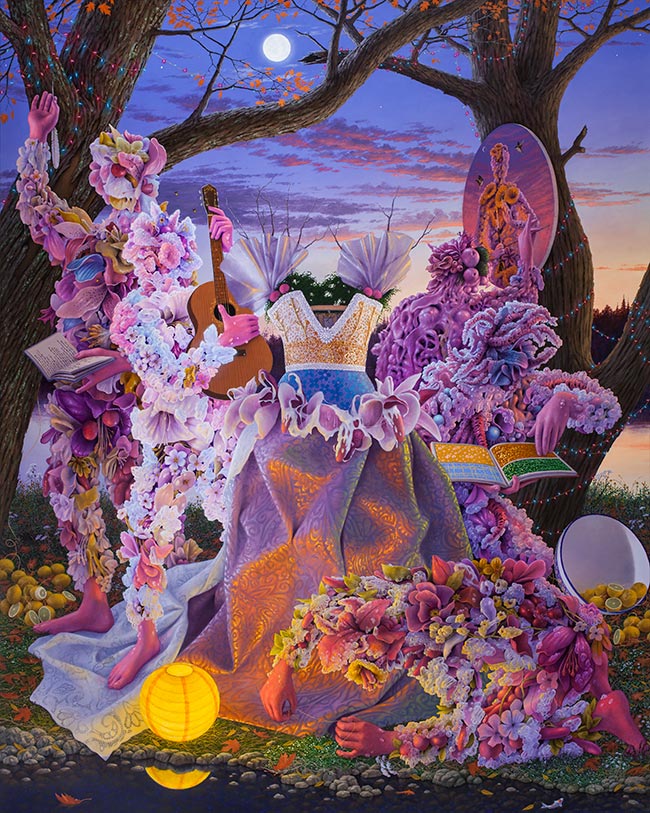 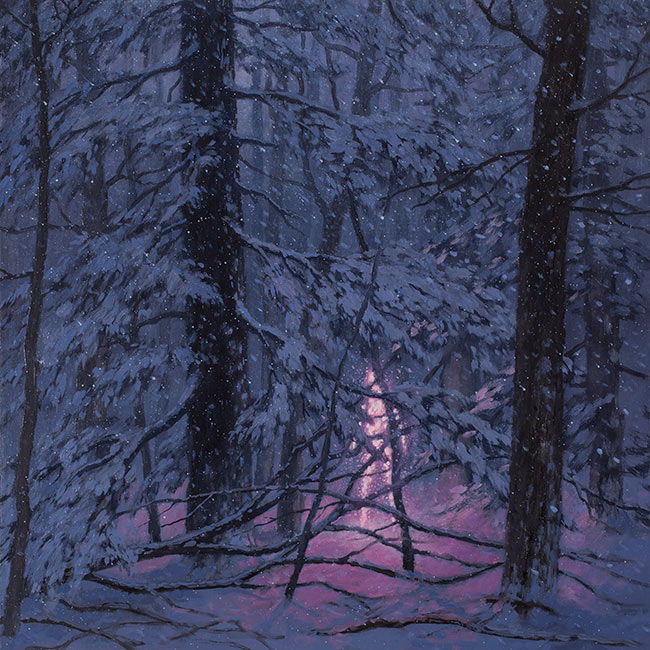 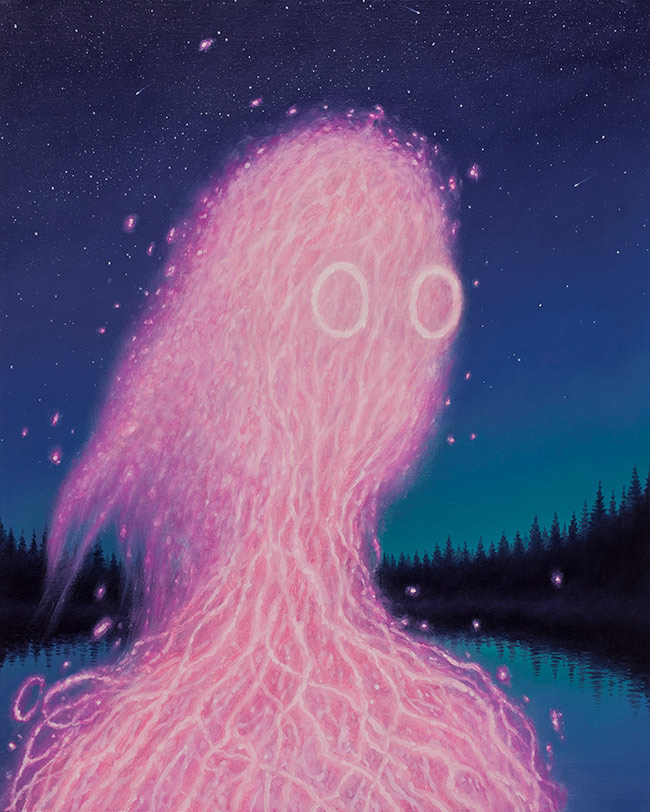 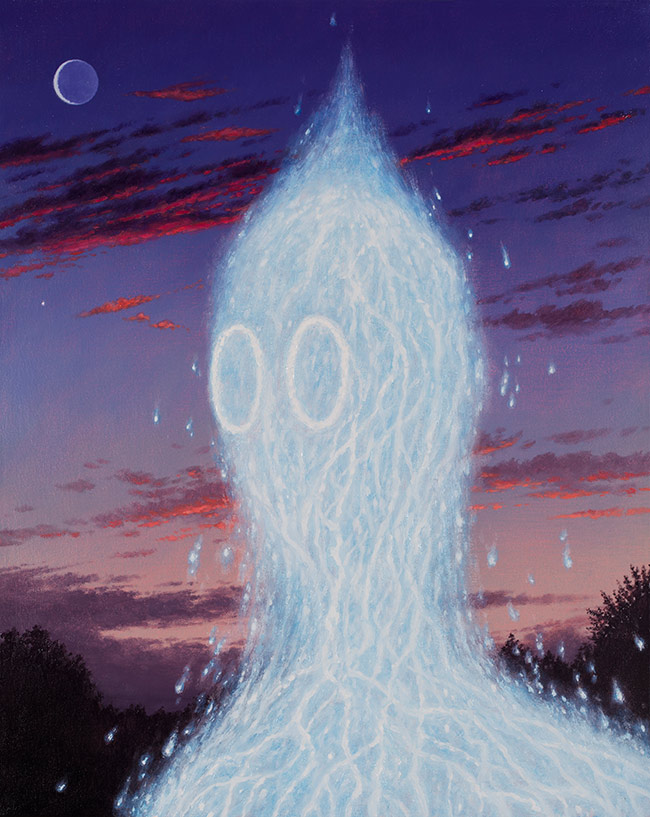 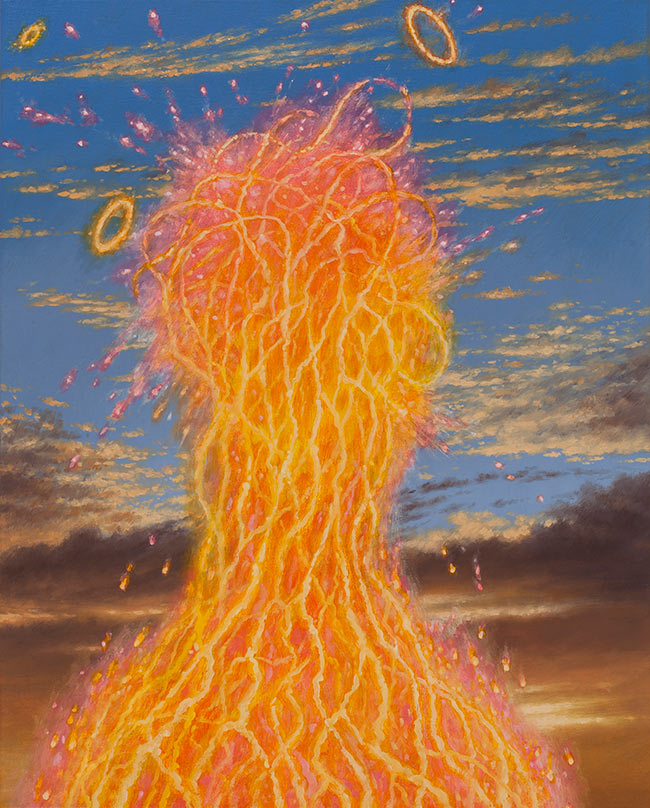 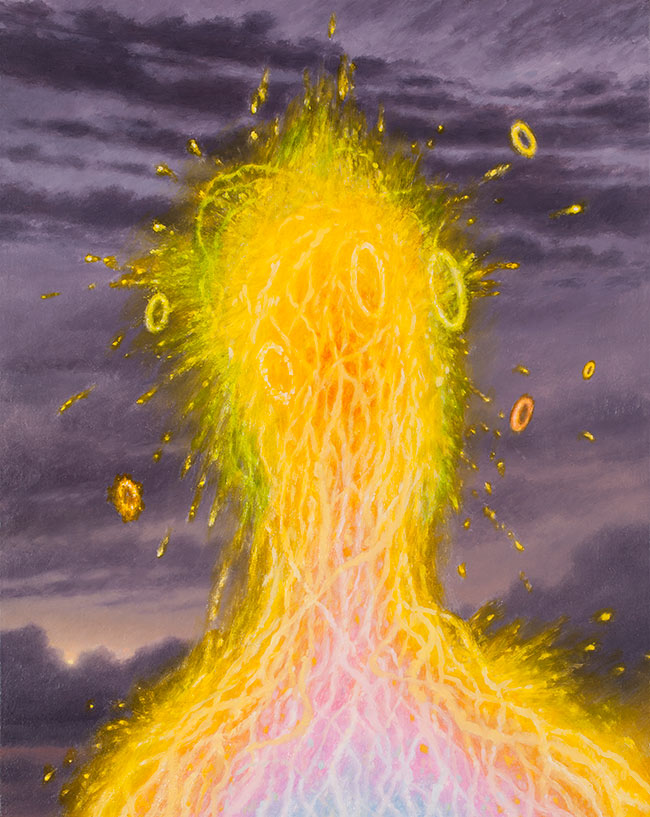 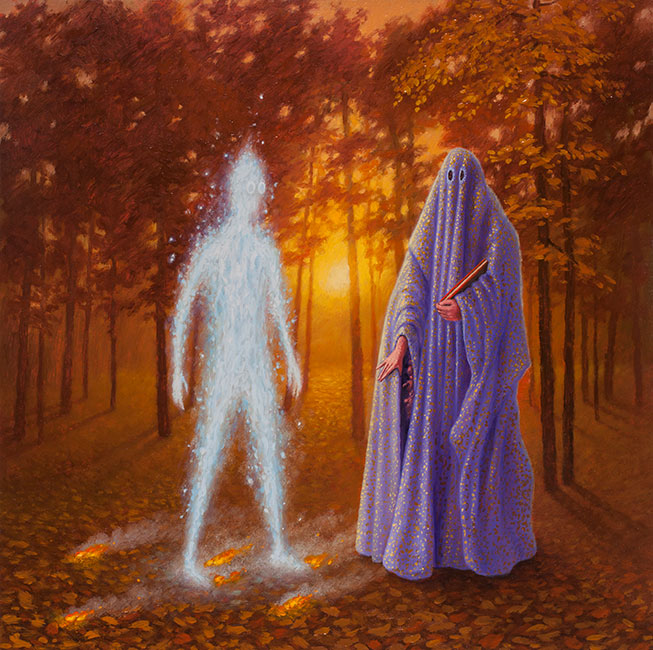 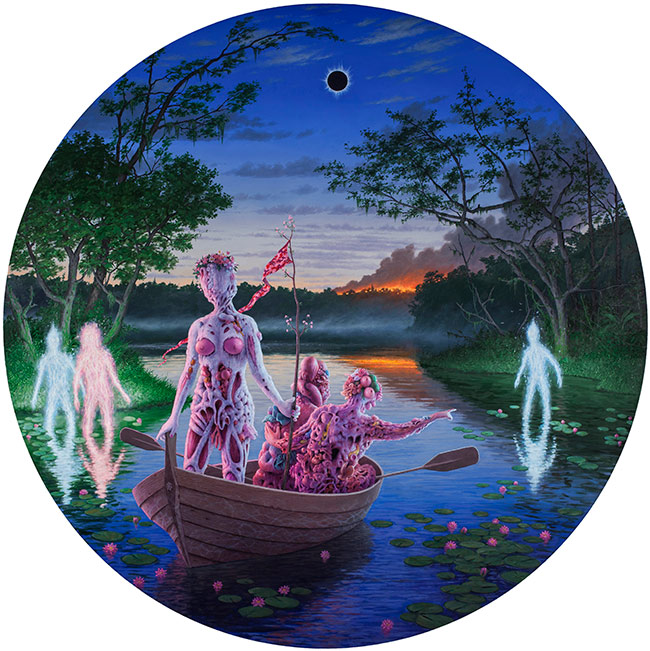 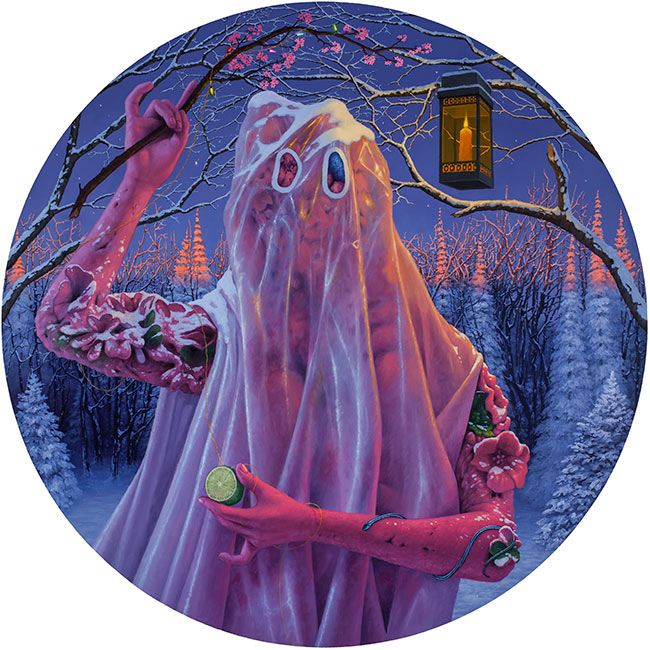 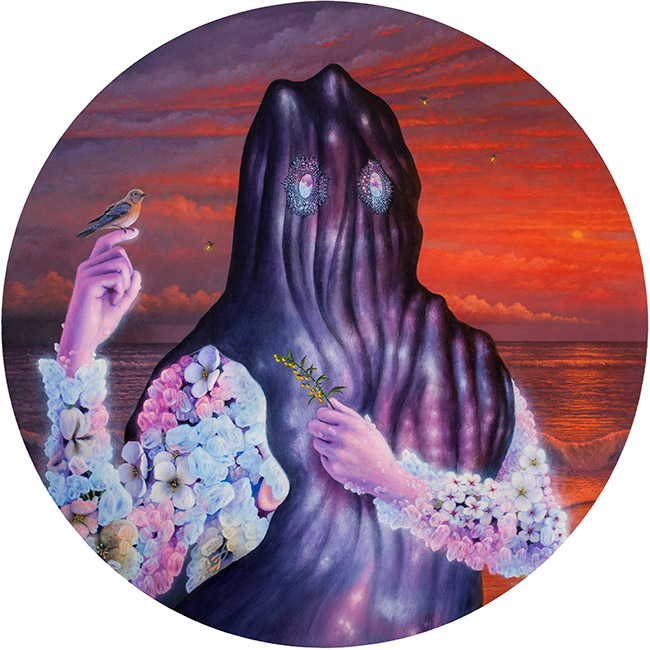 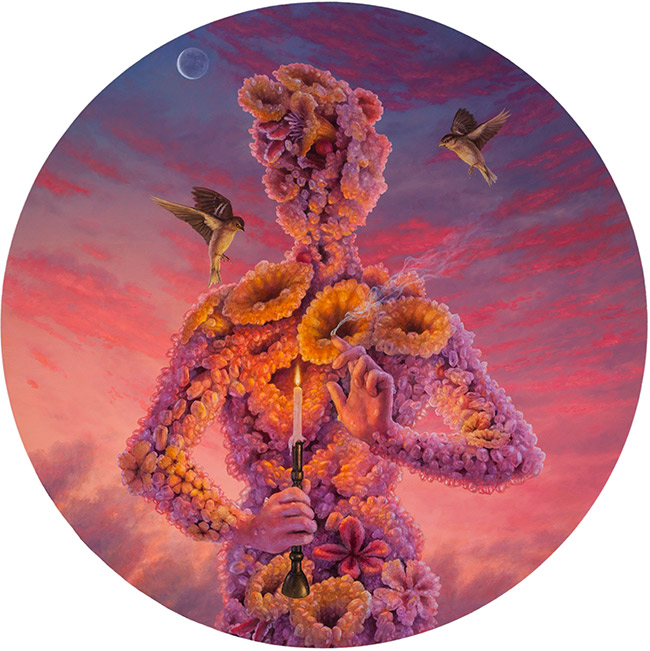