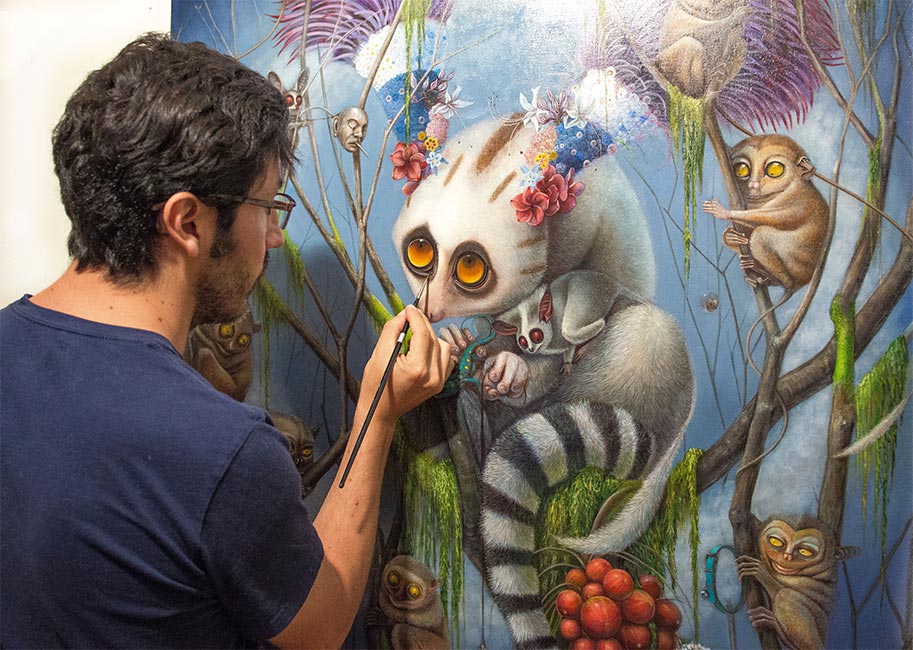 ‘The Gatekeepers’ by Jean-Pierre Arboleda

The threats of deforestation and wildlife trade are some of the problems that are contributing to a decrease in the families of the slow loris, tarsiers, and galagos. I am fascinated with these amazing creatures. Sadly, however, they are critically threatened by the loss of their habitat and are currently at a serious risk of extinction. In my painting, ‘The Gatekeepers’, I focus on a celebration of these beautiful and magnificent animals, to take back what belongs to them by using a series of symbols and interpretations to portray a problem that is happening in our society. 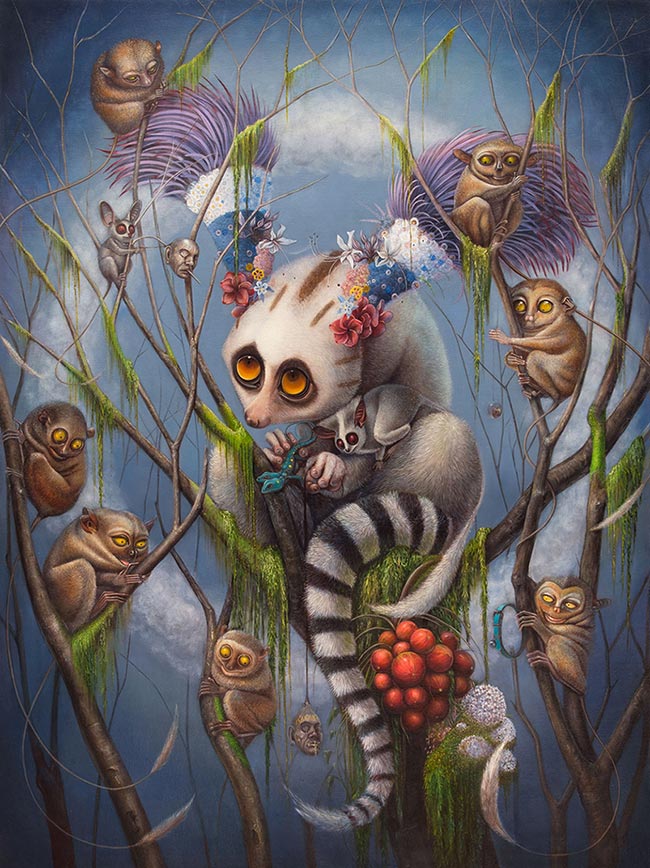 The slow loris is an animal that is endangered by the deforestation but also the black market as it is being captured and sold for the pet trade. Because of its cuteness it has a big demand to be bought as a pet, but this is a wild animal and is very vulnerable in new environments. They are also a venomous mammal. Toxin, which is released from the sides of its elbows and mixed in the mouth with saliva when threatened, can be transferred via a bite and cause death by anaphylactic shock. Thus, the loris is required to go through a very painful process of having its teeth removed with nail clippers, in order to make them suitable as pets. This process makes most of them vulnerable to infections. Consequently, the majority of them do not survive. 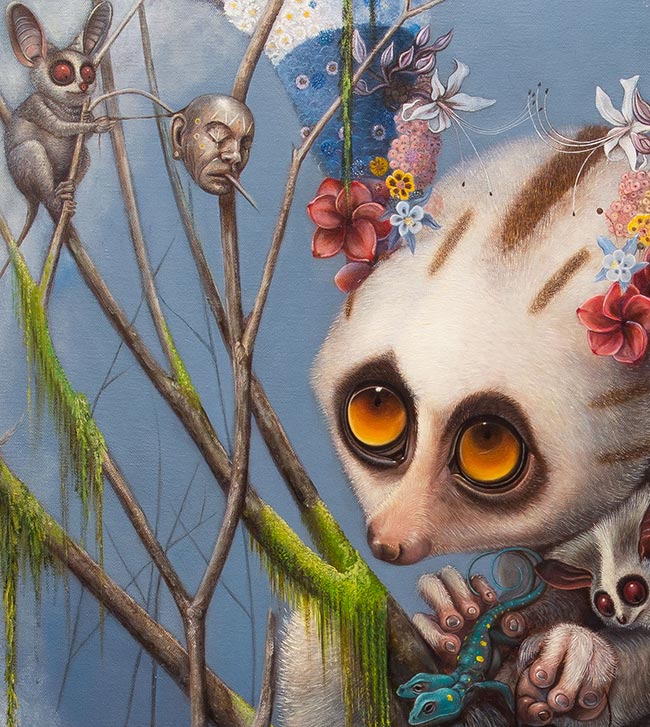 The Tarsier is another species that is bought and sold on the black market, and with ongoing deforestation their numbers are decreasing rapidly. Tarsiers have been disappearing because of the growing human population as more and more forests are being converted to farmlands, housing areas and roads. Tarsiers are very delicate creatures sensitive to the light, noise and physical contact When a tarsier is caged and put under considerable stress they commit suicide by bumping their heads against the cage. Their cranium is quite fragile so in many cases they suffer head trauma and death. 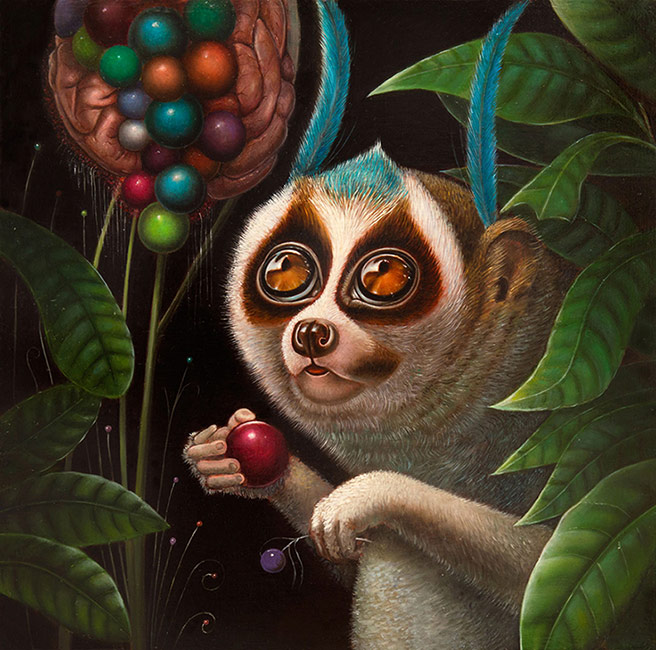 The term ‘Gatekeepers’ came from a story relayed by the native people on the island of Borneo. They believed that slow lorises were the gatekeepers of the heavens and that each person had a personal slow loris waiting for them in the afterlife.

To honor these beautiful and majestic creatures, I also named my painting ‘The Gatekeepers’. To me, this painting is a representation of the slow lorises, tarsiers and galagos taking their environments back and taking control of what belongs to them. 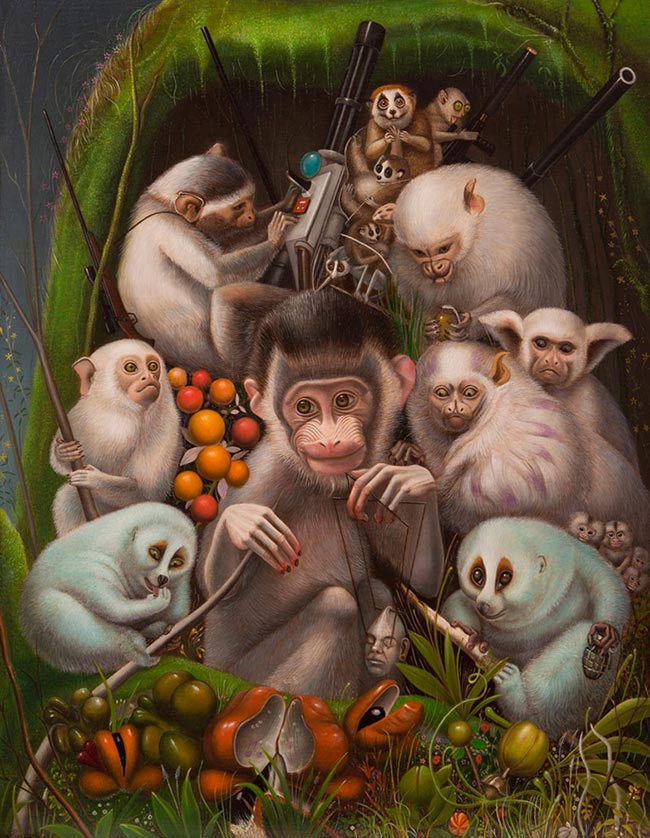 The shrunken heads in this painting are also a representation of taking their control back from humans. Symbolically, it is believed by Amazonian tribes that shrinking the heads of an enemy harnesses the spirit of the enemy and compels him to serve the shrinker. Furthermore, it is also believed that once the enemy’s head is shrunk, they are also unable to come back and exact revenge on their shrinker. Therefore, the symbol of the shrunken heads serves to underscore the idea of these animals rebelling against those who don’t respect nature and taking their power and territory back.

‘The Gatekeepers’ is currently on show at AFA Gallery 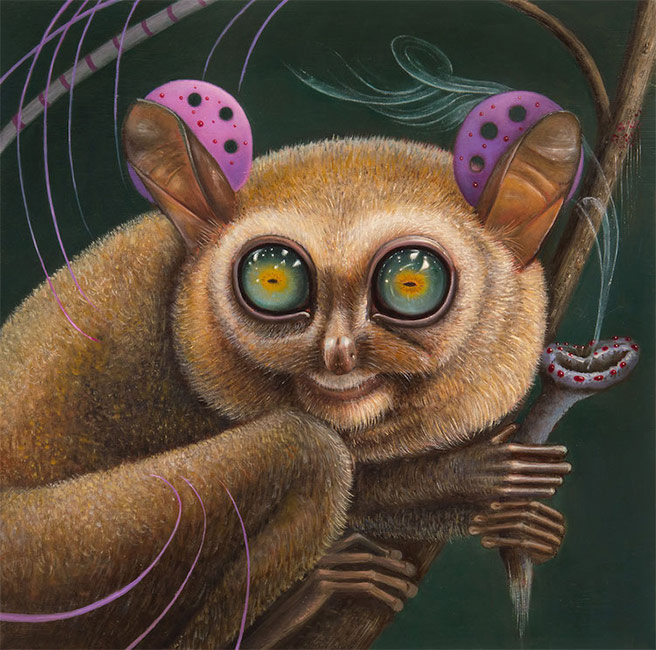 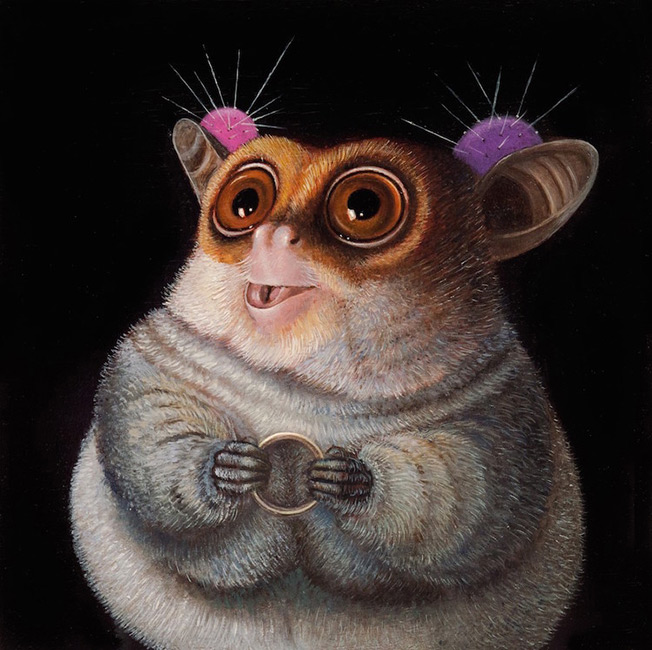 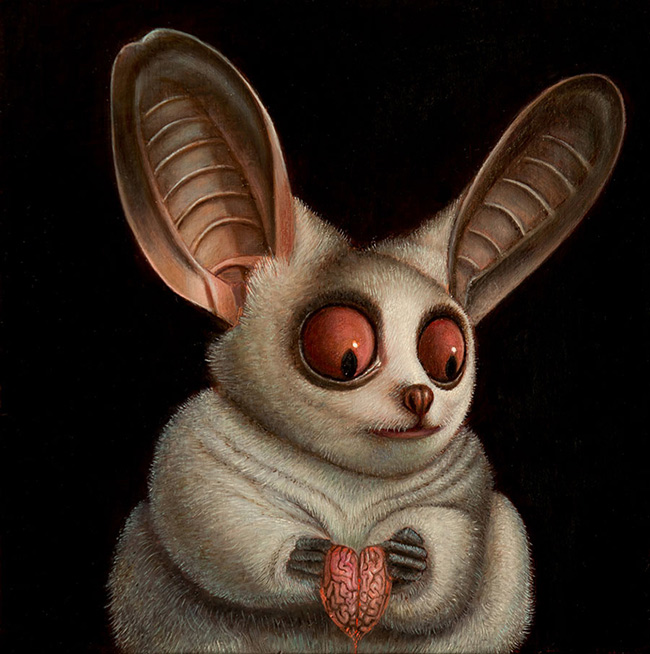