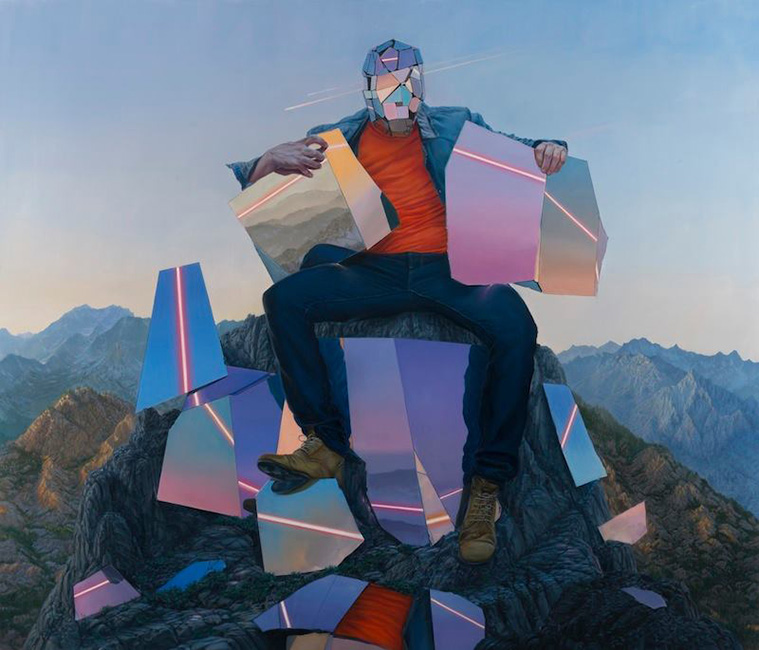 Born in Santa Monica, California in 1974, Jean-Pierre Roy is a Brooklyn-based artist. Jean-Pierre received his MFA from the New York Academy of Art in 2002 and was awarded a one-year fellowship from the school. Since 2003, Jean-Pierre has had five solo exhibitions in New York and abroad. He has participated in numerous group exhibitions in the US and Europe and has had solo museum exhibitions at the Torrence Museum of Art in Los Angeles and the Virginia Museum of Contemporary Art in Virginia Beach. His work has been reviewed in The New York Times, Art in America, New American Paintings, The Chicago Tribune, The Seattle Stranger, Hi-Fructose and many other publications. He is the co-creator of Single Fare, an annual NYC art event that has been covered by The New York Times and Wall Street Journal. His work is in the collections of Anita Zabludowicz, Jereann Cheney, Beth Rudin DeWoody, Jean Pigozzi, Leonardo DiCaprio and Bjorn Borg, amongst others. He currently teaches painting at the New York Academy of Art.

“I want my paintings to be autobiographical, but without being portraiture. It gets back to this idea how do we frame these big events – essentially we use stories to fill in the gaps of the unknown, and in a sense that is what mythology has always been about. The masks in my paintings really connect back to this idea of personal myth-making. Part of it is also just a perceptual thing, that the second you put a face in the painting, that becomes the undeniable focal-point, and I wanted to keep the eye moving within in the piece. Your senses are finite and our desire to wanna access the objective world is almost always hindered by the limitation of our senses. So there is a way of cutting off the figures access to the world – to me that was the flipping point, it is a mask and you cannot see the face, but more importantly none of the figures can see out.” Jean-Pierre Roy (Kopenhagen Art Institute) 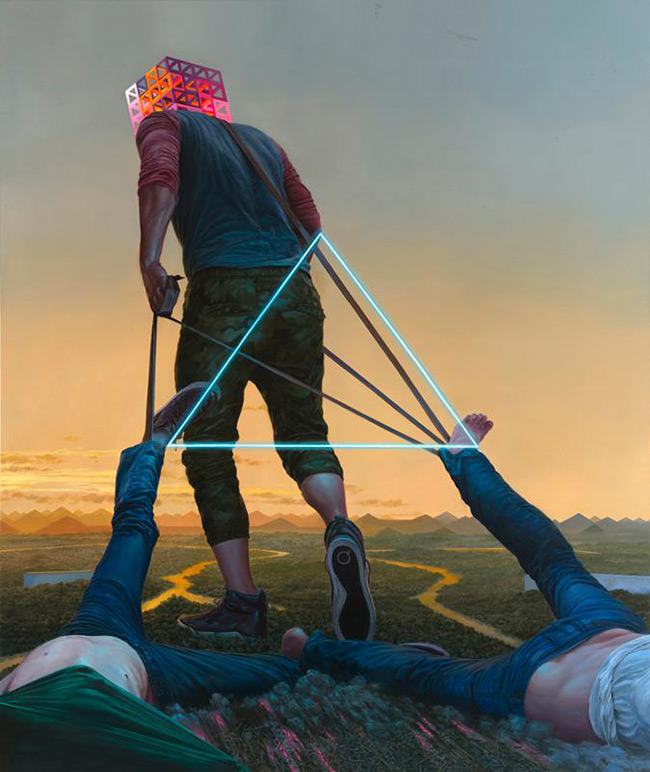 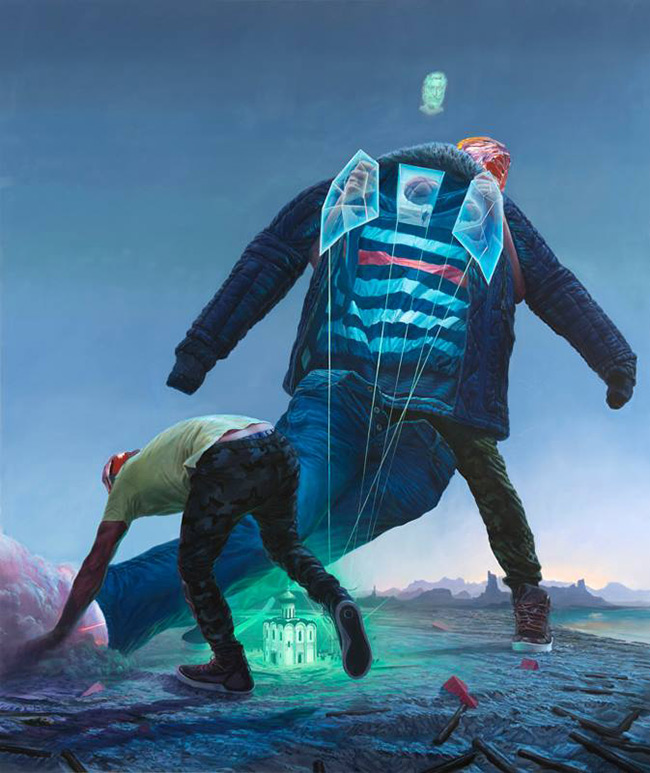 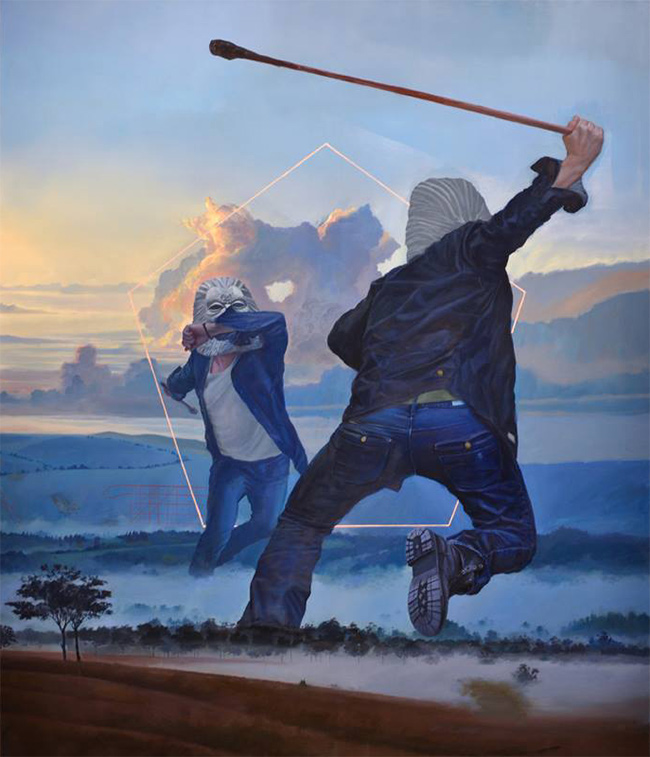 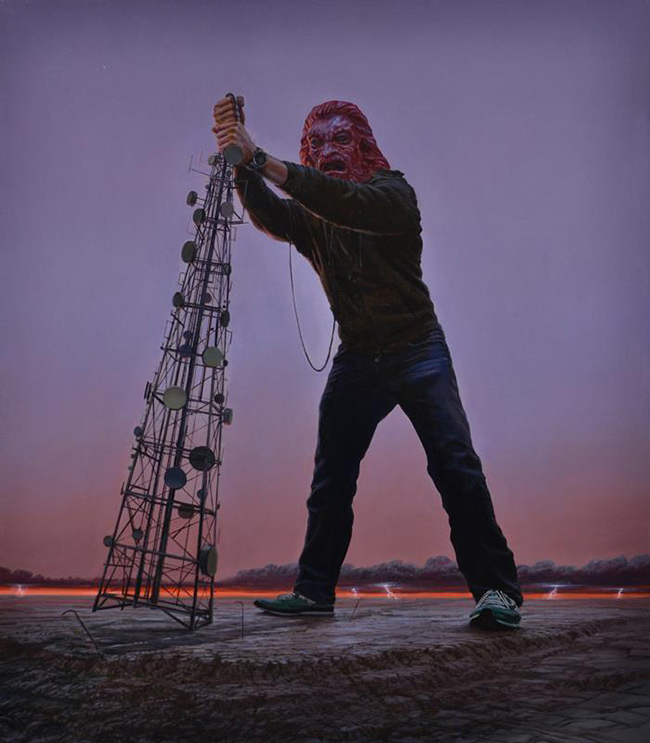 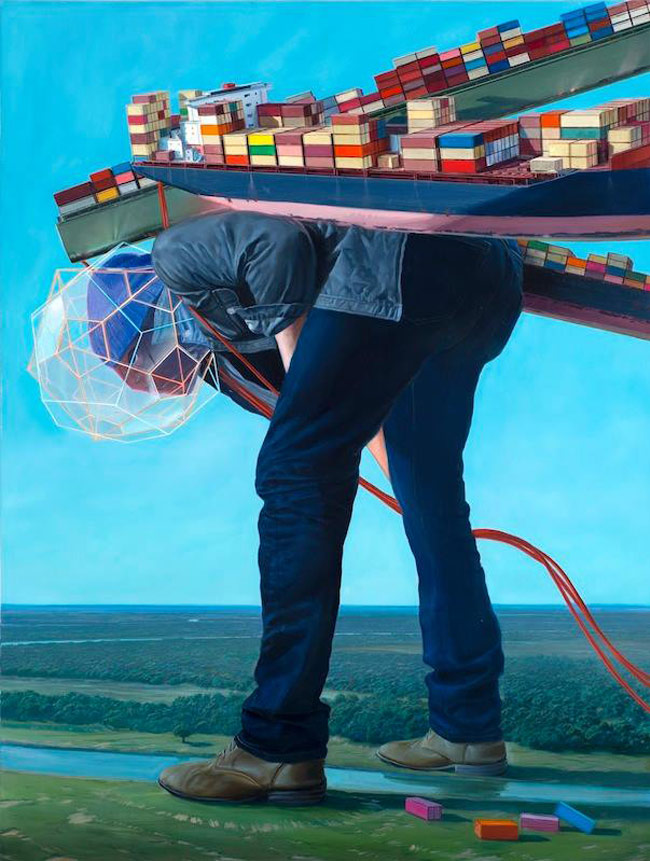 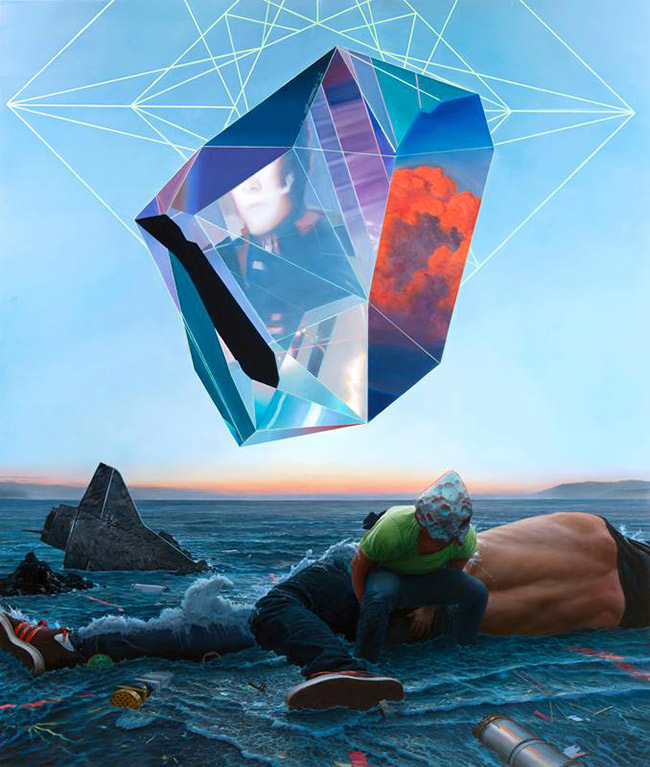 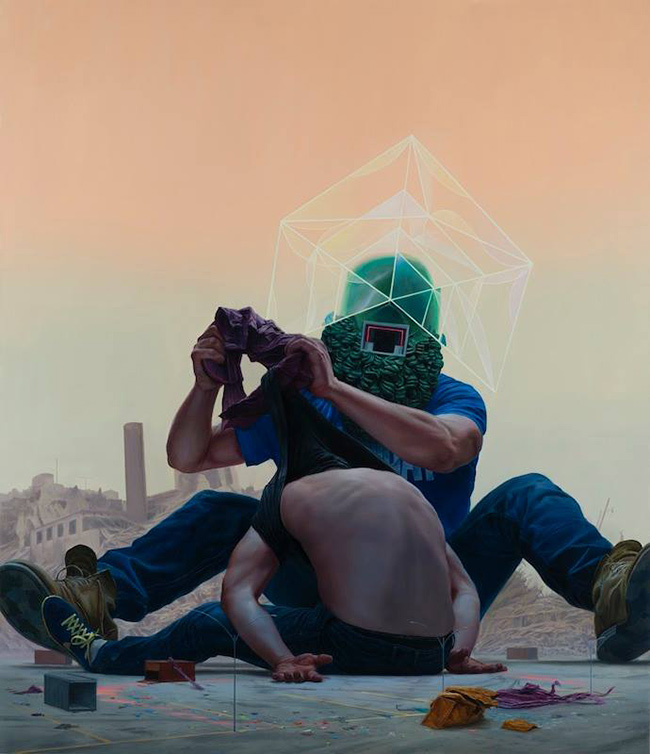 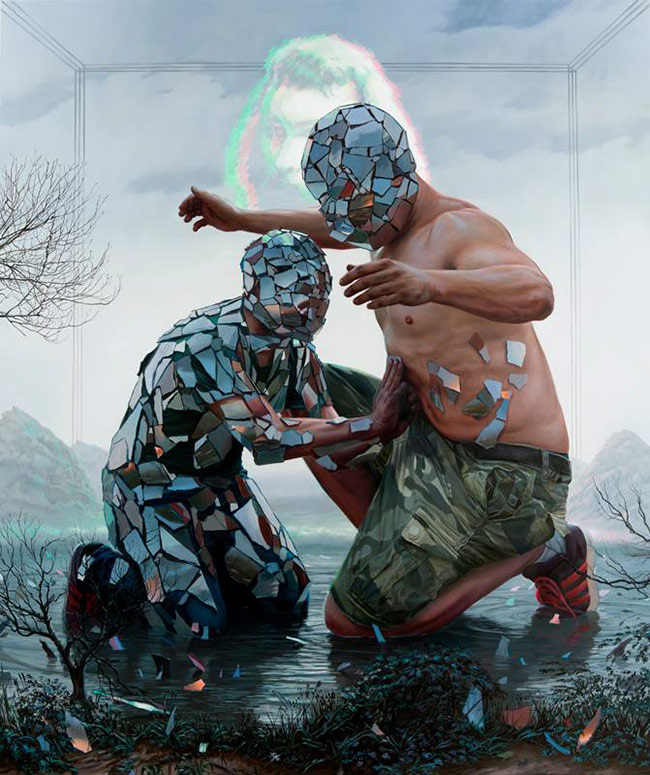 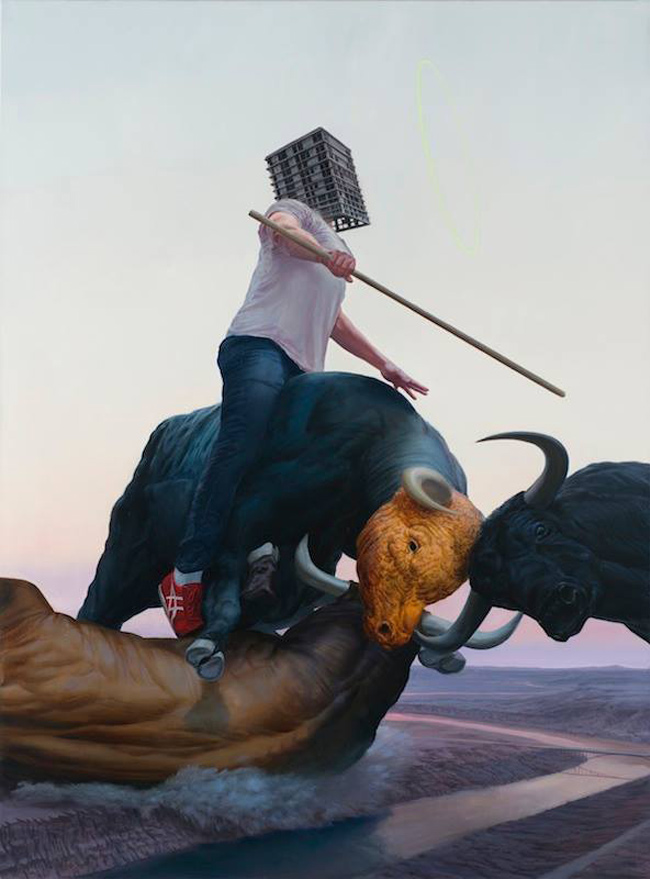 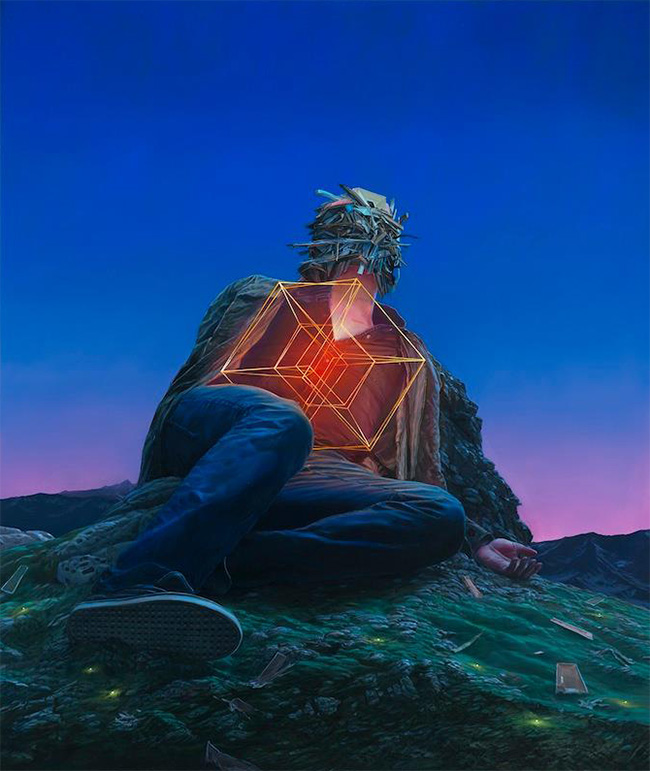 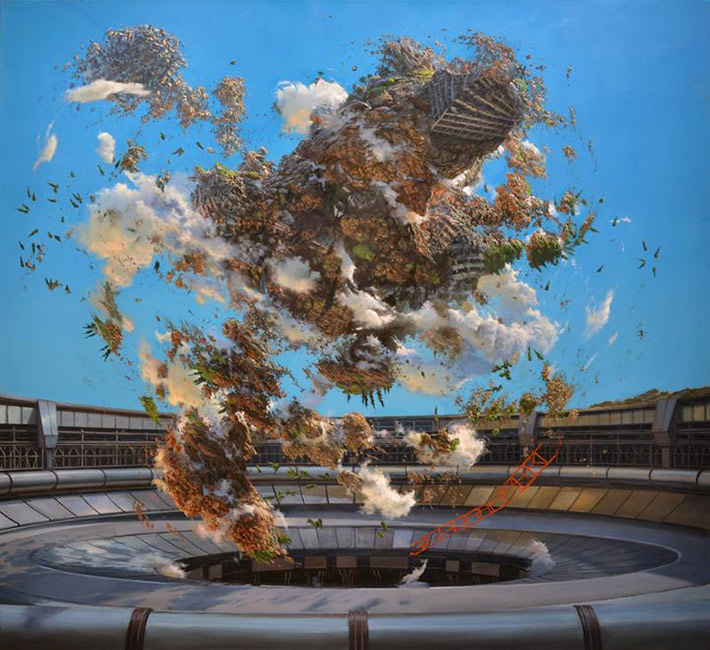 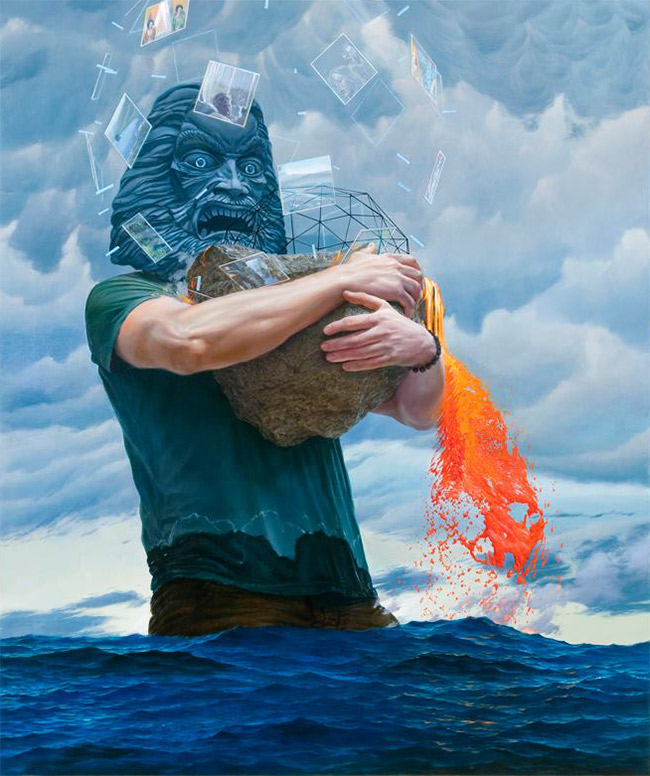 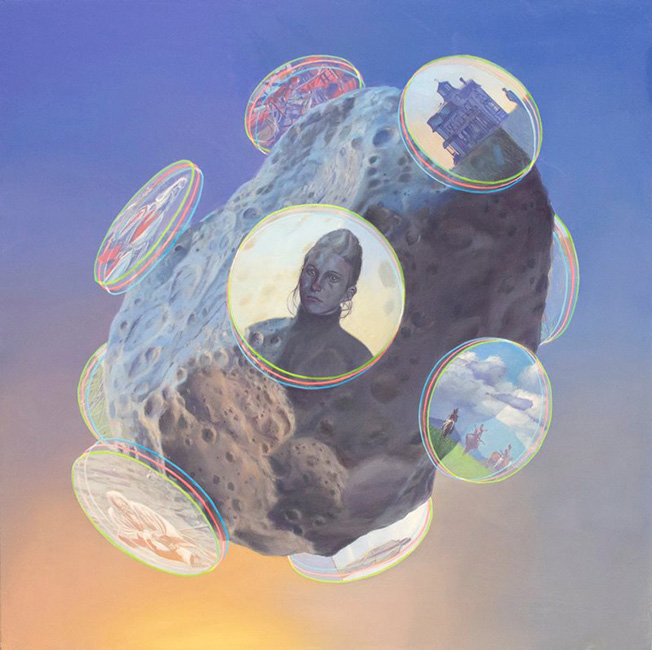 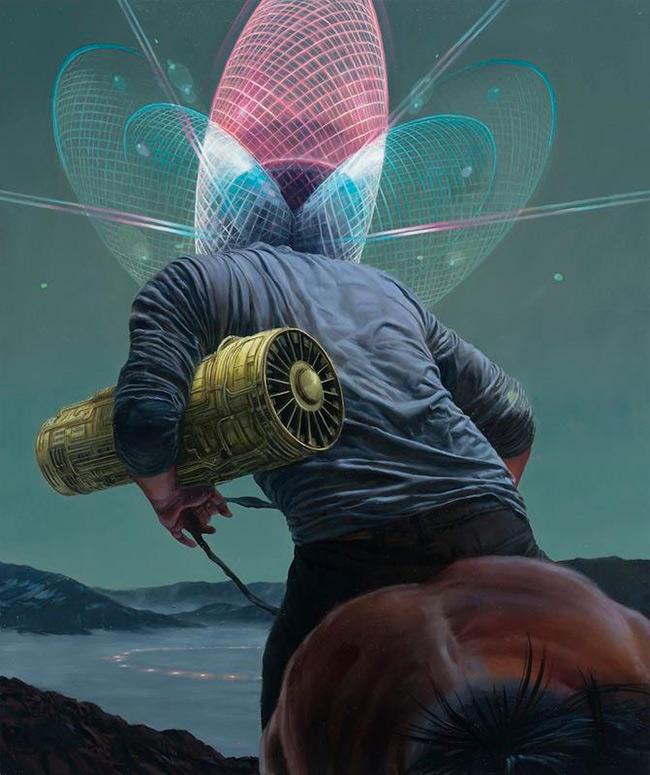