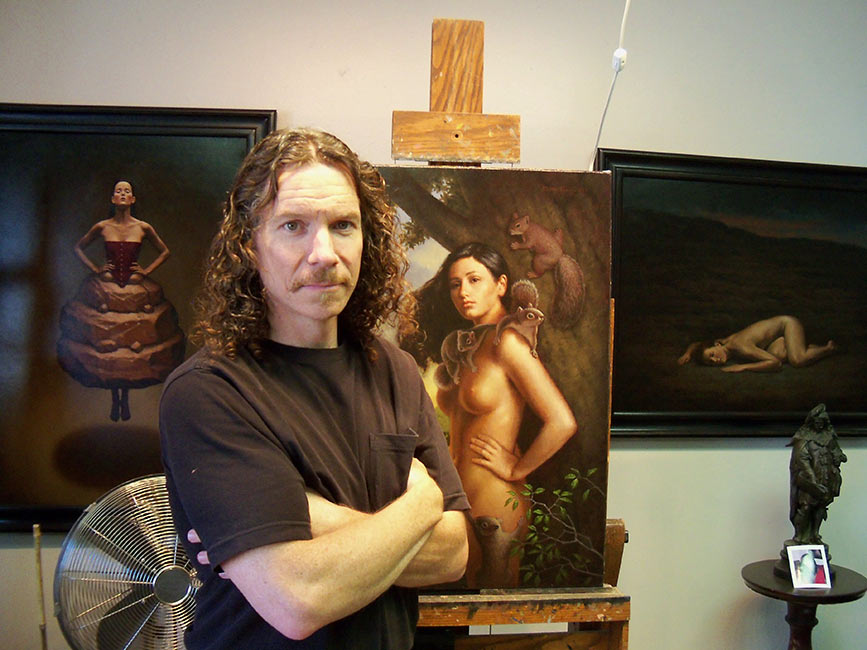 ‘Surrealism (A Way of Life)’ by Steven Kenny

“[My] goal [is] ‘poetic shock’ [created by] putting heterogeneous but real things together in an unexpected way.” – Paul Delvaux

Surrealism has become my philosophy. It’s practically a way of life. I’ve been living the life of a surrealist for as long as I can remember. My earliest awareness of the world was that it was a place of contradictions and unpredictability. Like most parents, mine did their very best to create a bubble of rational security around me. But, as we know, bubbles have short lives. It didn’t take long to realize that our “best laid plans … oft go awry.” That profound realization hit home on my first day of kindergarten in the Catholic school I attended. The nun teaching the class held up a glass vial containing red liquid, which she claimed was acid and threatened to place a drop on the tongue of anyone caught lying. From that tender age I accepted the fact that reality ultimately was beyond my control. However, I was able to create a meta-reality through my art. As a young artist, simply copying the world as I saw it, always left me unfulfilled and wanting more. My goal was to depict reality not as it appeared, but as I understood it. 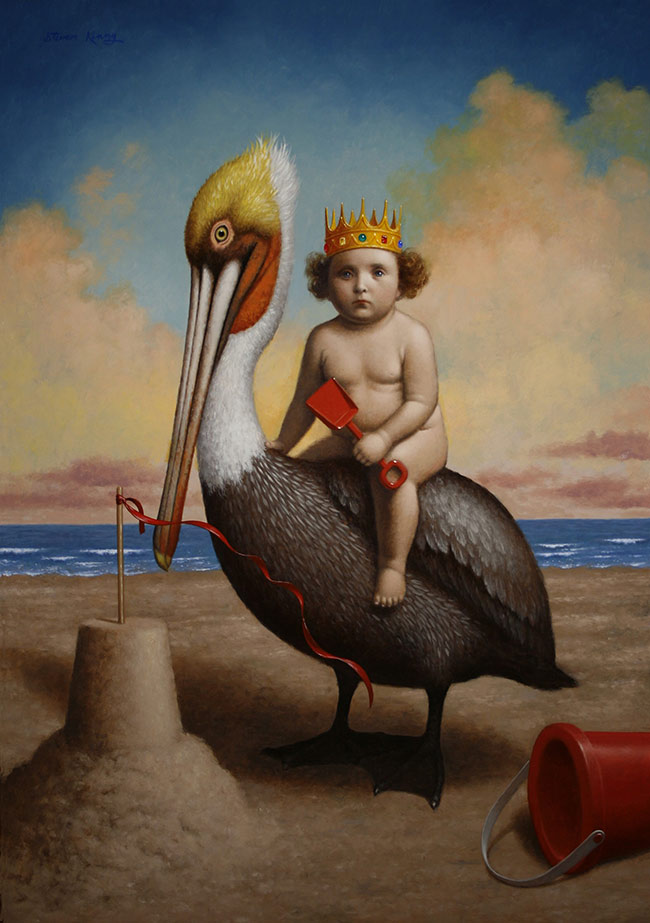 From the moment we are born our senses are bombarded with stimuli from every direction. It all endlessly pours into our brains, day after day. Society systematically teaches us how to filter, rate, categorize, and file the needed raw data while discarding most of the rest. I gradually learned – through trial and error, parental guidance, school instruction, societal exposure – how to mentally edit this constant stream of disjointed information in an effort to make sense of it all and somehow find my place in the world. Yet, making sense of it all and fitting in never really worked for me. That’s where surrealism comes in. 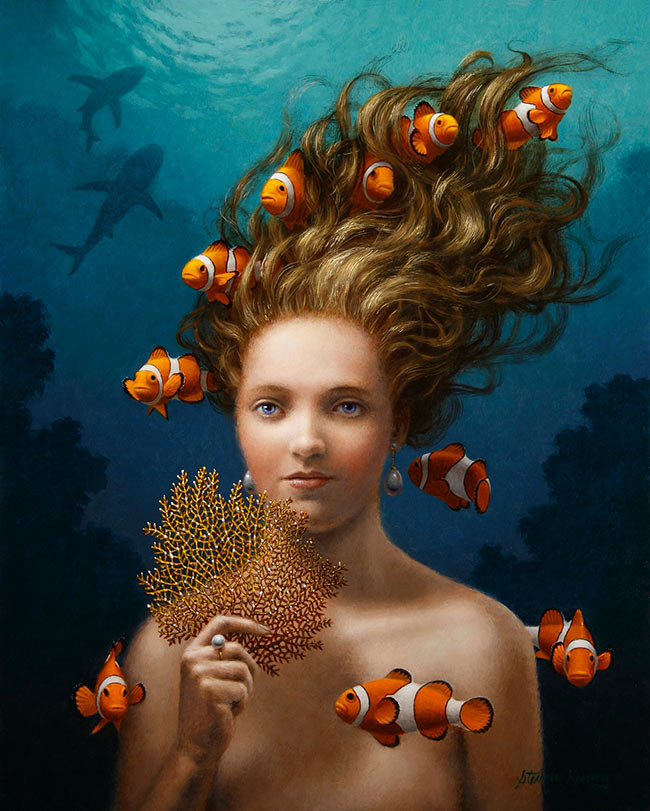 All children are surrealists at heart. It’s natural at that stage of development, but this way of responding to the world slowly gets unlearned as we get older and replaced with more rigid interpretations. Fortunately, I was the youngest of four boys and was left to my own devices as long as I was seen and not heard. This left lots of room for ‘studio time’ at a small, low table in the corner of our den. I drew constantly. By the time I attended grammar school my technical skills were far ahead of my classmates. Having been self-taught up to that time, my surrealistic style was already deeply ingrained. Being terrible at sports and having no interest in them, I welcomed the praise I received for my artistic abilities and was greatly encouraged by that positive attention. Fame! My career was off and running. 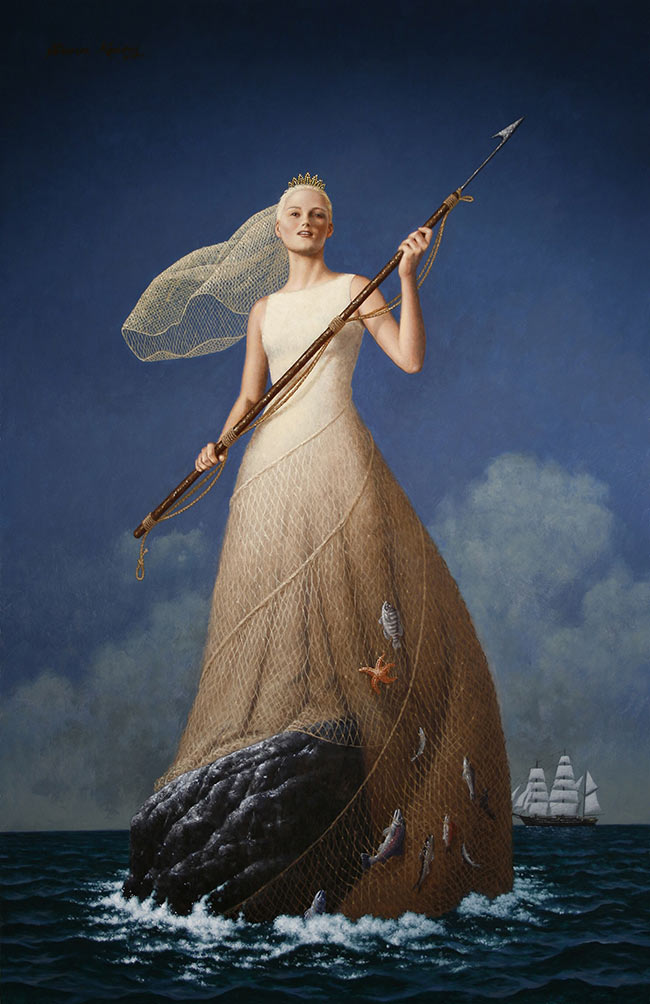 My love of art history began while attending the Rhode Island School of Design. There, I learned that artists have viewed the world through a surreal lens since the dawn of time. We have always been mining our dreams and unconscious psyches as a source of inspiration; never simply relying on visual surroundings. The earliest cave paintings from 40,000 years ago are evidence of this. And look at all the work that was done during the millennia that followed by indigenous people around the world. Equally important to the history of art was the inspiration and patronage of organized religions. Christian, Buddhist, Hindu, Egyptian, Mesoamerican art is all visually quite surreal. Later, the 19th century saw philosophers discussing absurdist theories. The psychoanalytic work of Sigmund Freud and Carl Jung gave credence to dreams and the unconscious. 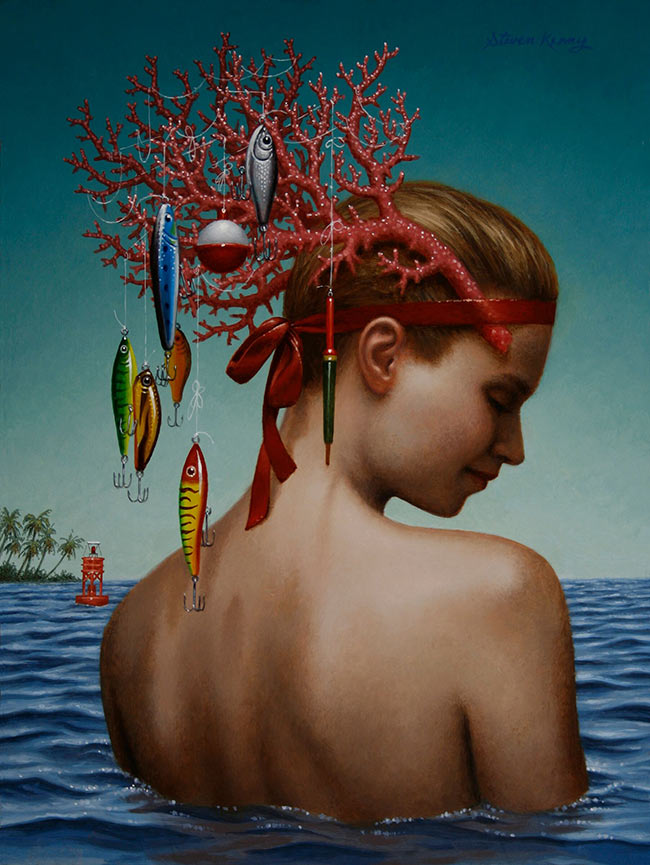 The term ‘surrealism’ was coined by Guillaume Apollinaire in 1903 and Dada was born shortly afterward. By the early 1930s, Salvador Dalí (after reading everything he could get his hands on by Freud) defined his Paranoic-critical method as a “spontaneous method of irrational knowledge based on the critical and systematic objectivity of the associations and interpretations of delirious phenomena.” In other words, by allowing and encouraging images and sensations to rise from the unconscious and intentionally mingle with external sensory input, we arrive at a truer picture of reality. What Dalí didn’t do was suggest that we try to make sense of this truer picture. In his opinion, it was what it was. To explain it in rational terms would be taking a step backwards.

Having become aware of all this, the time had come to put it to use. I graduated art school armed with a diploma and talent, but no experience. I needed a job. Luckily, my major had been illustration. While trying unsuccessfully to launch my painting career in New York City, I made a living during the day doing freelance work for clients like Sony Music, Celestial Seasonings, Time Magazine, and many others. This was in the late 1980s and early 1990s before Photoshop had been invented. If a commercial client wanted a surreal, yet believable image, they either hired a photographer who made photo composites in a darkroom or enlisted an artist like me. My reputation grew as an illustrator who could paint photo-realistically but in the surrealistic style of Dalí. Business was very good until computer-generated illustration ruined everything. 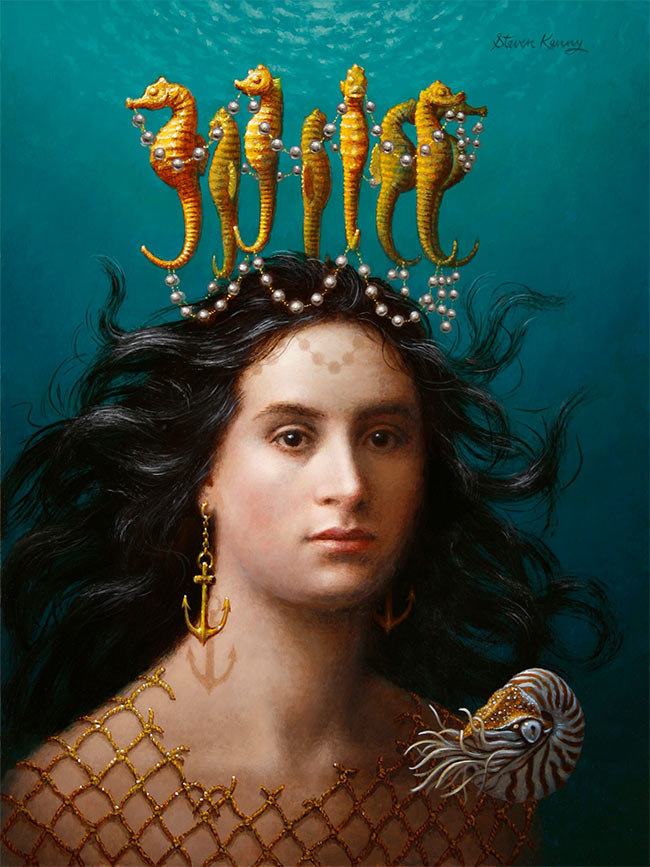 At that point, after having honed my skills for 13 years as an illustrator, it was time to make the long-anticipated transition to fine art. Counter intuitively, I moved from New York City to the Blue Ridge Mountains of Virginia. This proved to be a pivotal transition. I was picked up immediately by one of the best and oldest galleries in Washington, DC. Also, relocating to such lusciously verdant countryside placed me back in a natural environment similar to the Hudson Valley where I had spent my childhood. Over the years I’ve learned so much by studying the workings of the natural world. Through patient, year-round observation, nature has provided me with answers to many of life’s paradoxical questions and provided the raw material that has infused the subject matter of my paintings. The contradictions and unpredictability that I mentioned earlier are all on view in the natural world. Yes, the sun rises every morning and the seasons reliably come and go, but within that structure almost anything can and does happen. I find that very reassuring. 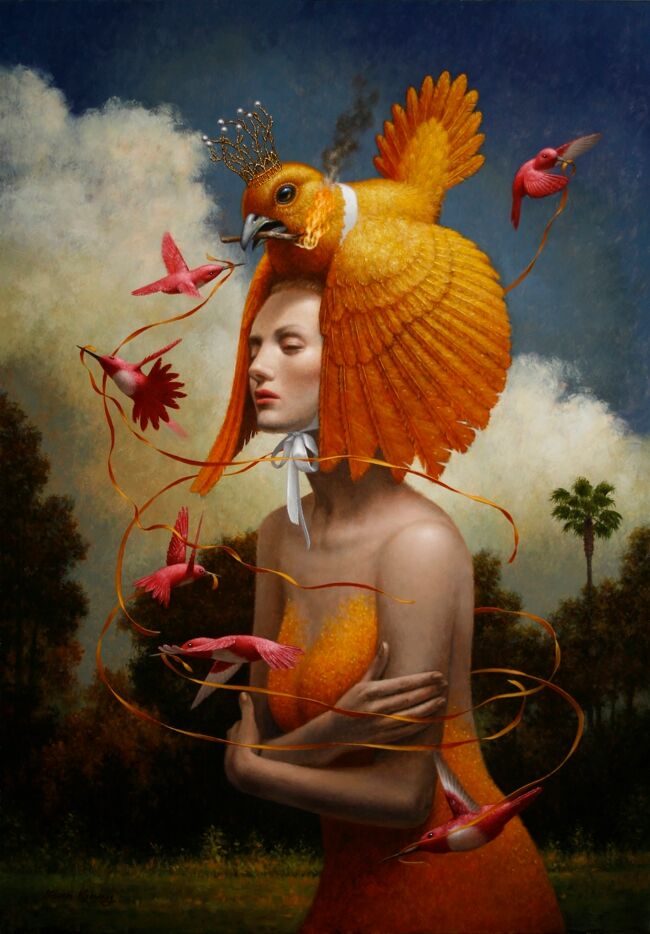 I’m not alone in my preference for combining surrealism and nature. Julie Heffernan, Alexis Rockman, Inka Essenhigh, and Thomas Woodruff are just some of the better-known contemporary surrealists I have admired and been inspired by for decades. In addition, there is the entire pop surrealist movement that exploded out of California in the late 1970’s. Any good art history book will tell you that the surrealist movement has greatly impacted the course of modern and contemporary art. Historically, surrealism always been with us. 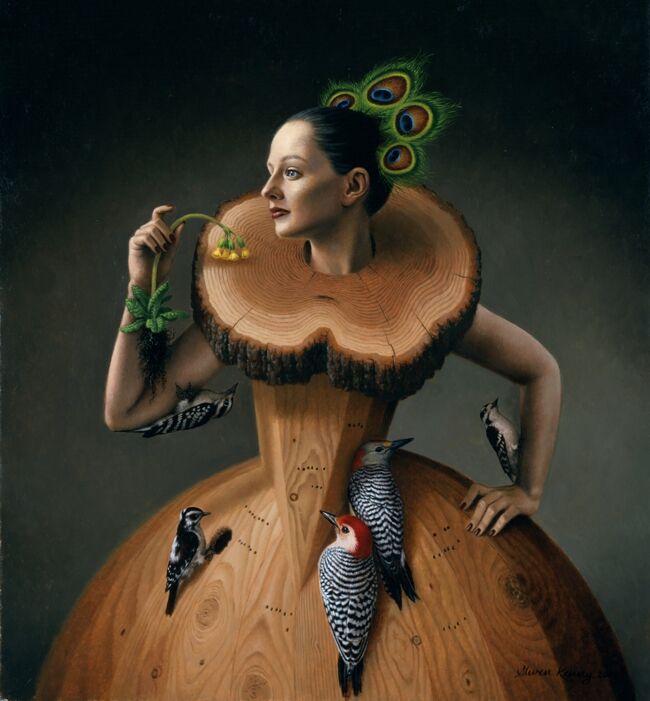 Studies show that creative thinking works best when the mind is free to wander without restrictions. Innovation relies on having the freedom and encouragement to think outside the box. Surrealism operates in a completely open-minded way and is not threatened by the unfamiliar; in fact, it embraces and thrives on it. So, what would happen if we extended this mindset globally? Imagine if we lost our aversion to the unfamiliar and released our grasp on the belief that things which appear to be alien are a threat. Could xenophobia, gender bias, hate crimes, religious war, terrorism, political strife, and other fear-based beliefs and behaviors be eliminated? Extending surrealist principles to everyday life lowers barriers to acceptance and makes possibilities limitless. 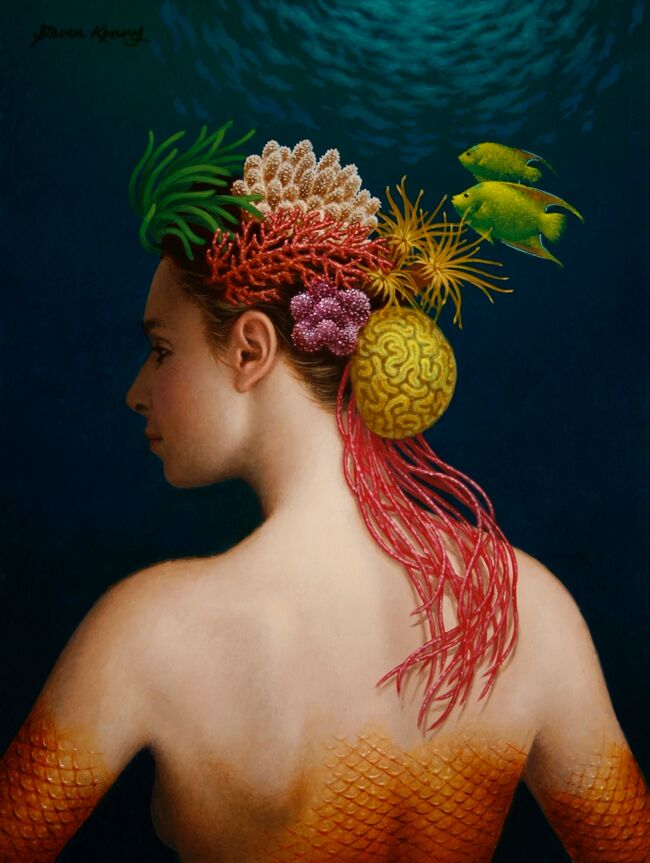 Admittedly, wishing that a surrealist ideology can save the world is naïve. But, as an artist, I do believe that maintaining a surrealist outlook can serve as a guide for how best to receive new ideas and respond to new experiences. Through my work I hope to encourage viewers to relax their preconceptions and biases, trust their playful instincts, and allow themselves to be led by their innate curiosity and joy of discovery. I believe that public resistance to art which employs new media, ideas, and means of artistic expression is one facet of our broader, learned suspicion of ‘other.’ Unfamiliar artistic, cultural, religious, and ethnic ways of being need not be threatening to us. What we need to overcome is the instinctive desire to surround ourselves with what we already know, to the exclusion of that which is perceived as foreign. Surrealist ideology embraces all life in all its rich complexity and deep mystery. This is the reason I have been a life-long surrealist and why I believe surrealism remains so relevant today. 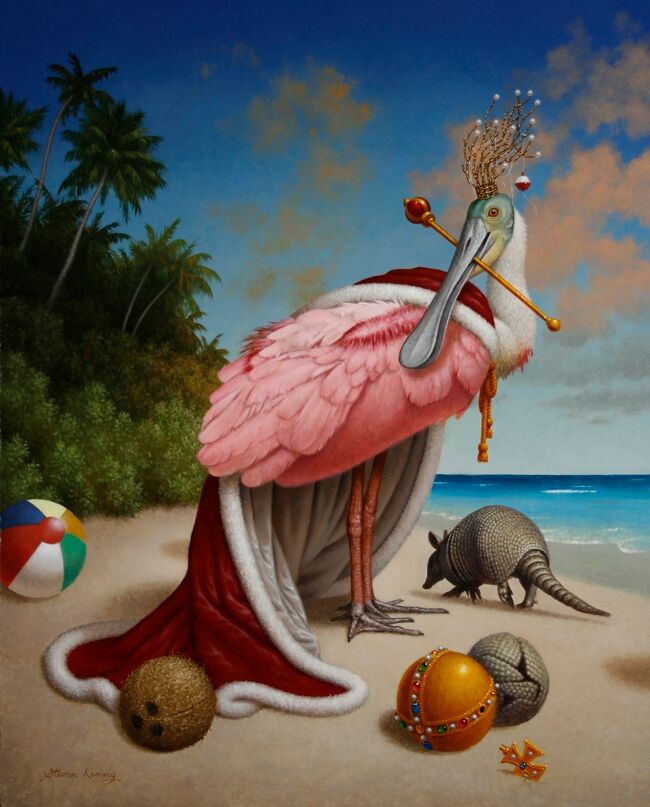 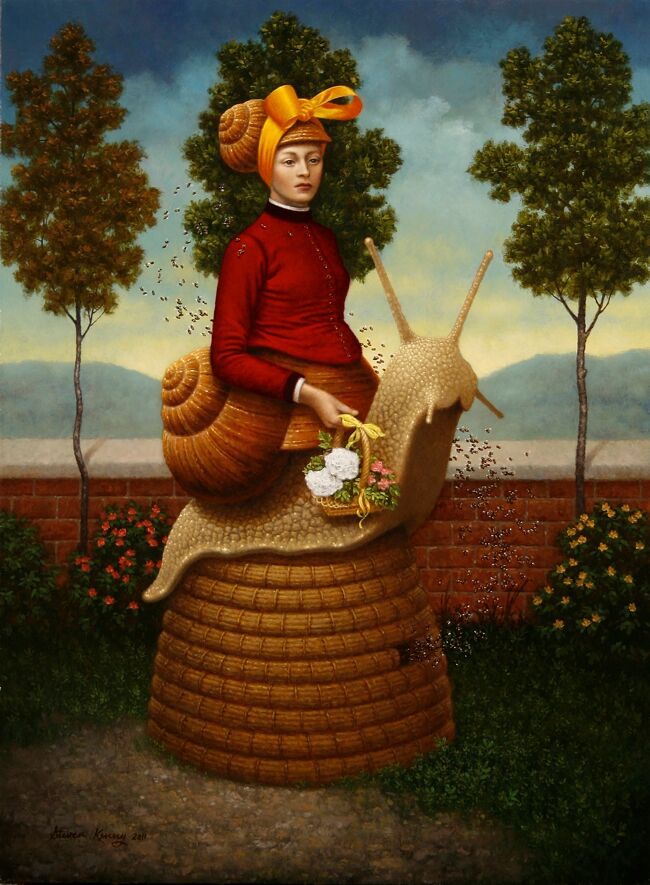 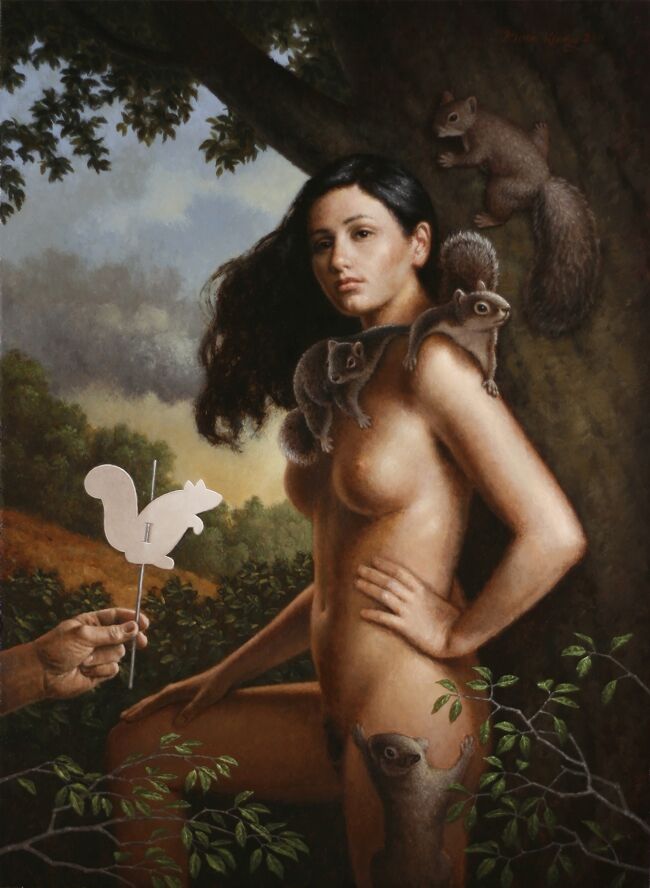 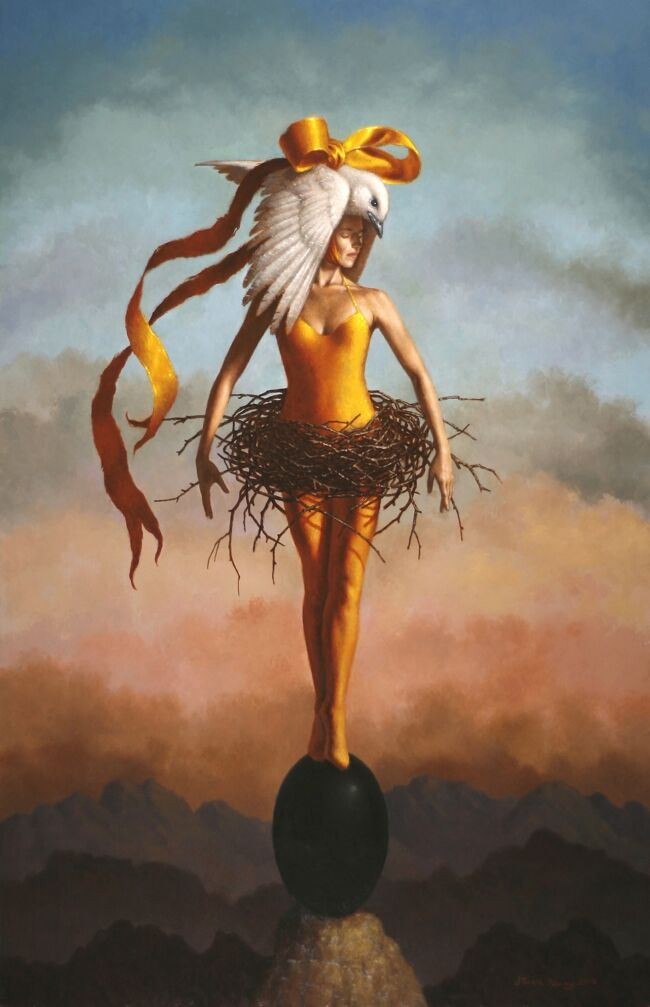 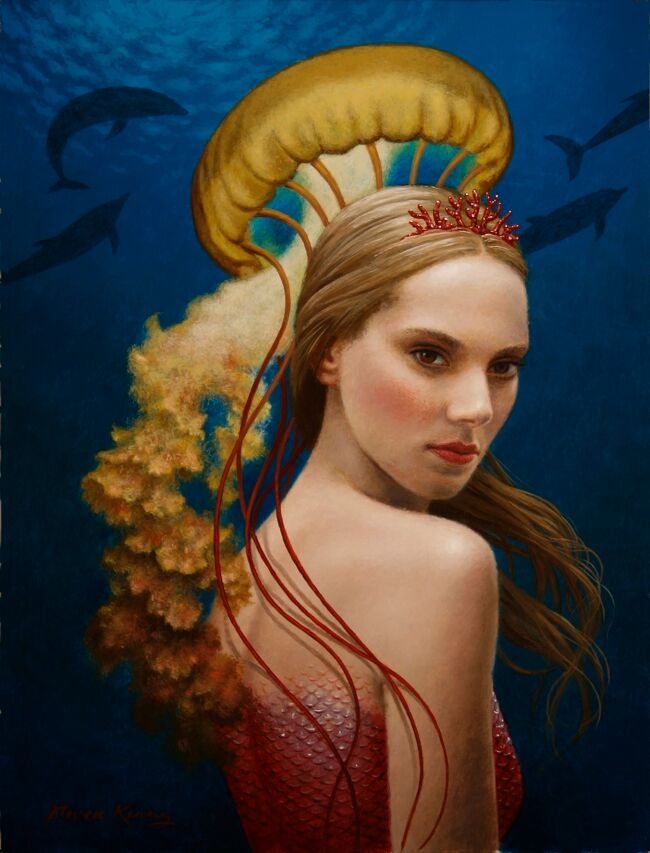 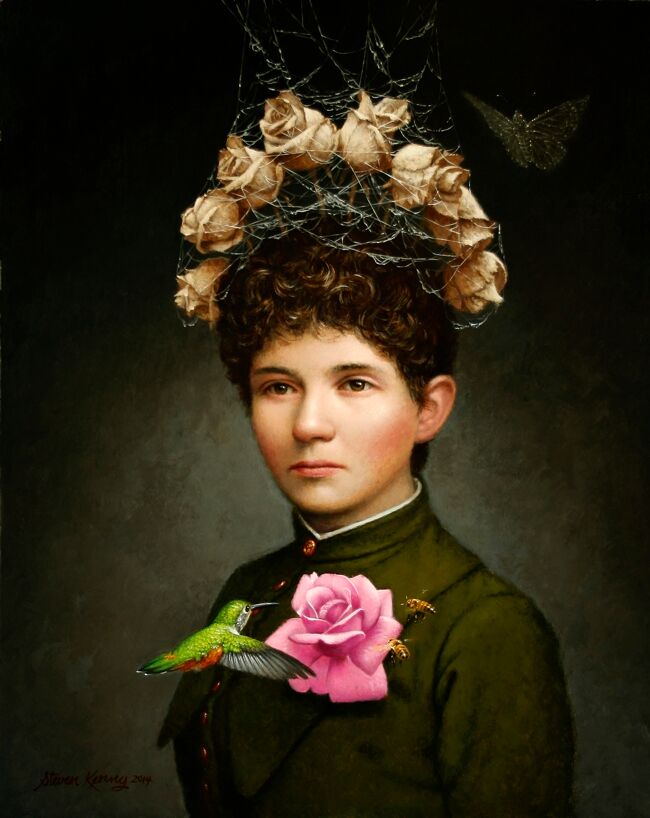