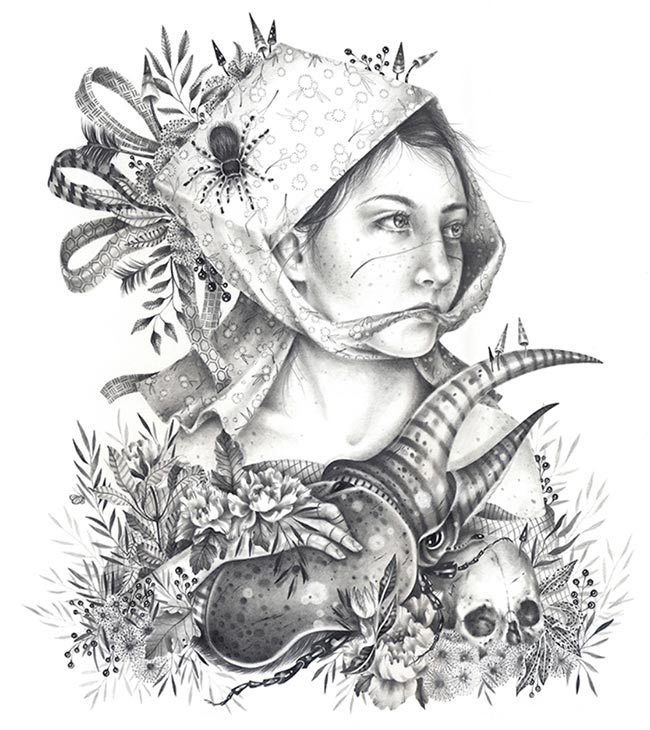 Armed with nothing more than a graphite pencil and some paper, Nicomi Nix Turner conjures up intricate images which explore biological phenomena and subjects revolving around the arcane. Combining her love of nature with a deep fascination for ancient practices belonging to belief systems such as alchemy and religion, Turner constructs narratives within her work which allude to themes of regrowth, biological deconstructionism and the power of belief. Nicomi’s art carries us into worlds filled with esoteric symbolism, where her female protagonists reconnect with nature and by way of this union reclaim their spirit and courage.

Nicomi was born in Oakland California and was raised in Southern Oregon. Her work has been exhibited extensively in her home country and further afield in countries such as Germany, Denmark and Canada. She has also been featured in many prominent publications, such as, Juxtapoz, Hi-Fructose and Beautiful/Decay.

WOW x WOW are honoured to be able to bring you this exclusive interview with Nicomi, in which she talks about her career, process and inspirations. Read on! 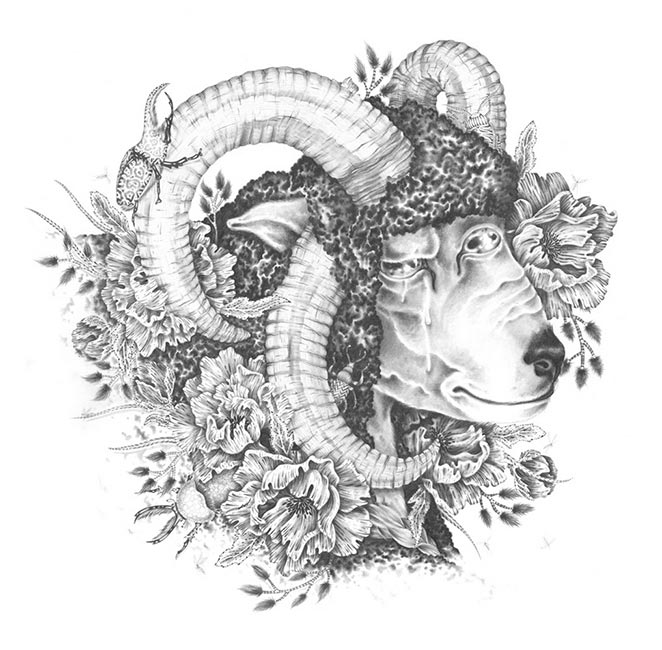 Hey Nicomi, thanks for joining us for a chat. To start us off, would you please introduce yourself, telling us a little about your background and what lead you to pursue a career in the arts?

My name is Nicomi Nix Turner and I’m a full time artist. I have always done art of some kind. I wanted to become a marine biologist but my high school art teacher suggested I consider going to an art school…which I did… for a minute. I was hired out of school on my 19th birthday to work as an illustrator for Emily the Strange. It was a terrific experience that taught me more than I could imagine. I met inspiring people and after 6 years with the Strange Family it was time for me to pursue my own artwork full time. 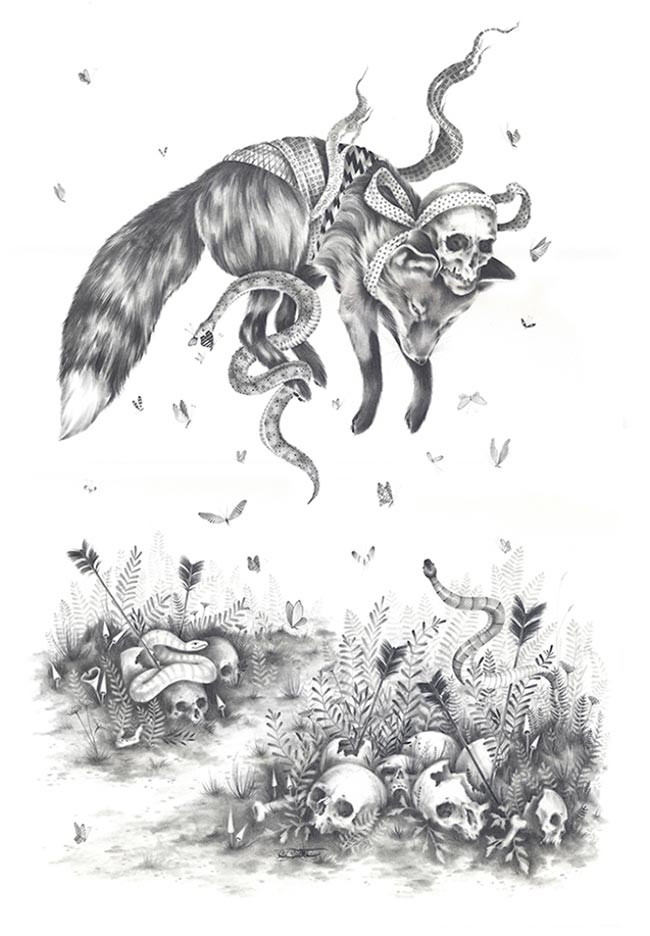 Nature is clearly your main source of inspiration. When did your love affair begin and has it always been a part of your art?

I grew up on a ranch in Oregon. There was an array of plants, insects, animals and fungi to be discovered. I spent so much time outside as a kid that nature became some sort of security blanket for me. Since I first started drawing, nature has impacted my work on one level or another and usually is the central theme of my work. I use flora and fauna to symbolize deeper parts of the story. I don’t view a separation between human and flora; fungi and bone; beetle and animal. I started drawing mushrooms and plant matter growing out of flesh or on bone about 10 years ago. When I first started doing this, I had recalled stumbling on a coyote carcass in a bed of ferns that was sinking into the earth collecting spores, insects, etc. and providing space for new life to take over. I wanted to capture that cycle coexisting with life and not just decay. 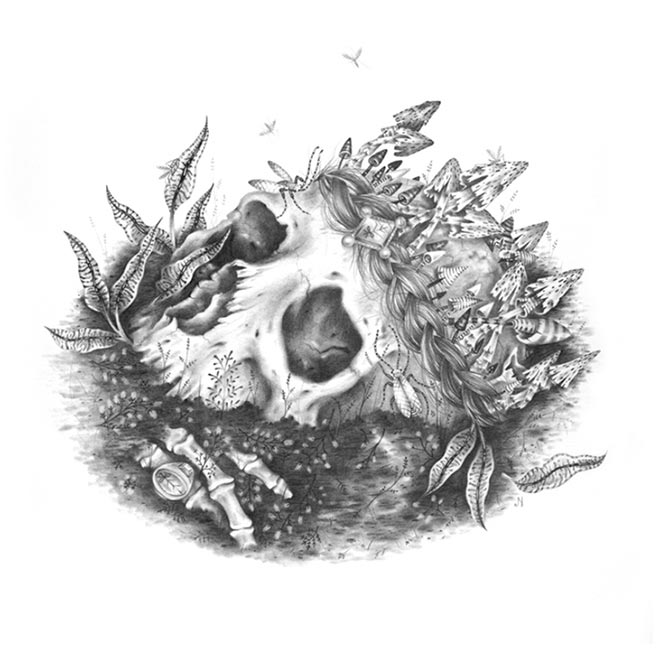 Your working method is unique and has something in common with the botanical systems that you draw inspiration from. Your images seem to form organically and what flows from your pencil is never undone. You never use an eraser nor do you work from any reference material. Given the high level of detail and observation in your drawings, these facts are all the more interesting. Could you discuss your decision to work solely from memory and intuition?

I like to work off of perception. I think there is something that completes the story for me when I can just put my pencil down and go into kind of a working trance. I wouldn’t say I don’t use reference. I don’t use photographs, no, but I do refer to memories and physical matter that I have seen, be it people, emotions, plant life, etc. I don’t like to erase because it ruins the paper and ruins the initial intent of the story to me. Although this provides me with a lot of highly irritated moments when a line goes awry, it is just part of the series of accidents that make up the whole. 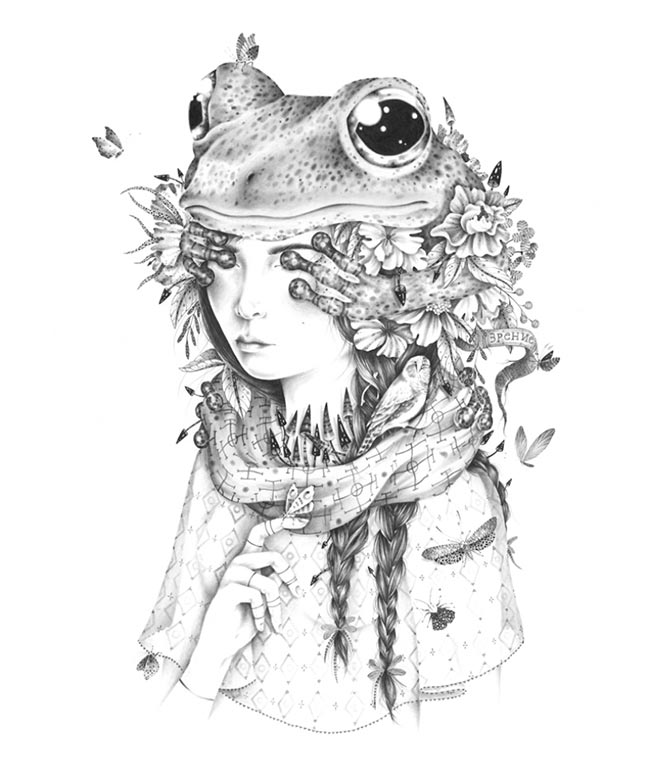 Ancient religious practices are an influence on you. When did your interest in these develop? If you could also tell us which religions in particular and what it is that fascinates you about these long lost traditions?

I keep this private. I will say that what has influenced me a great deal is ritual and the power of belief.

How much research do you do before starting a new piece? Can you tell us about your creative process?

A lot of my pieces start out from daydreams, recalled sentences or false recollections. Once I have an idea, I end up drawing it a few times until the image meets what was in my head. 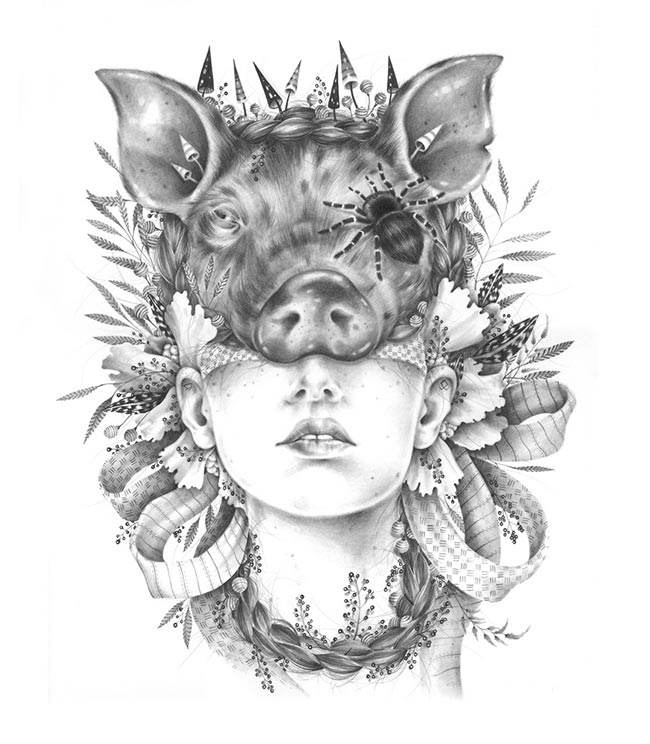 Would you be willing to talk to us about the women depicted in your work and any symbolism that may be related to their presence?

The women in my work have long been women who have returned to the forest to regain things they may have lost: strength, courage and resilience. They form their own groups or go at it alone. For me, the forest is a place of resurgence. A while back I read about the ‘Asgarda’, the Ukrainian women seeking complete autonomy from men while living in the Carpathian Mountains. I guess I feel a connection to stories like this when I work on the females in my art.

I like to hide a lot of symbolism in my works to deepen a story or hide secrets. I get asked a lot why the women in my work have a line tattooed over their face. The short answer is that it is their ‘Celestial Equator’: the projection of their ‘center’ out into space. 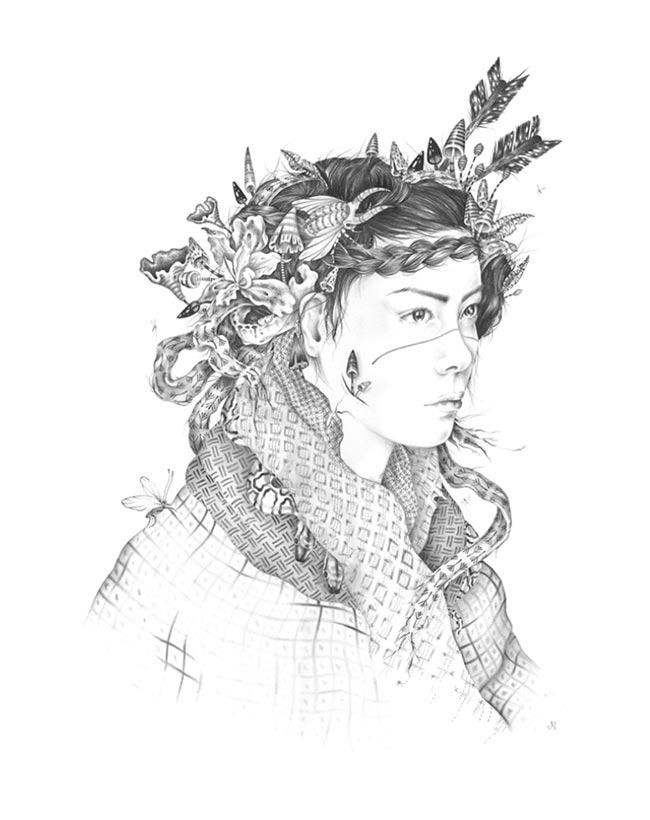 You have been exhibiting your art for a decade. In what ways have you seen your art evolve during this period?

Every day I learn something new while I’m working. I’ve become more obsessive in the past few years – spending more time dwelling over the tiny details and diving deeper into allegory. 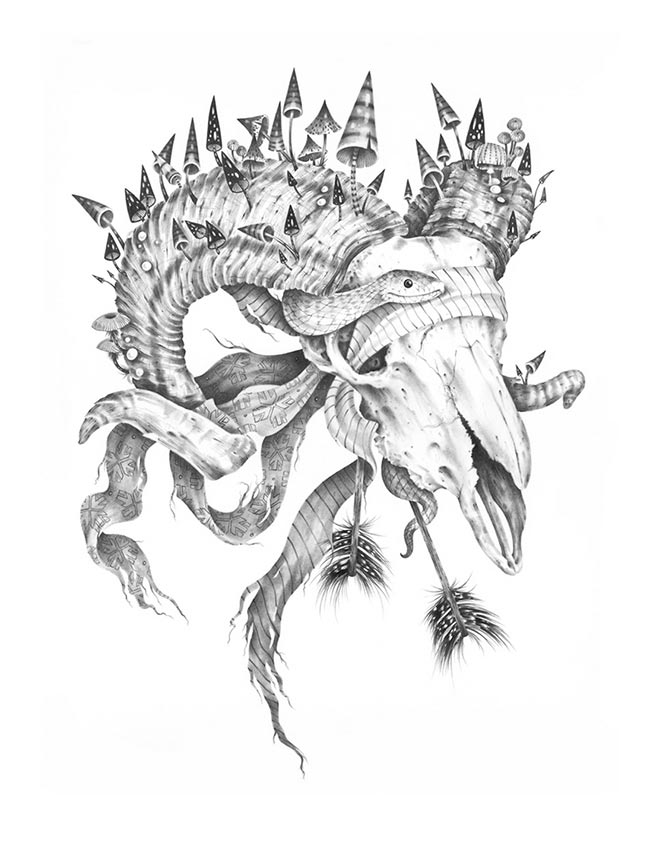 The titles of your drawings are always so intriguing. How do you go about naming them and at what stage of the creation process do the titles make their appearance?

Sometimes a slaughtered line of poetry starts the breeding of an idea and sometimes it gets its name from that initial thought. Most of the time I find when I’m almost finished with a piece it gets its title. I feel like I’m writing lyrics for a band that will never see the light of day. 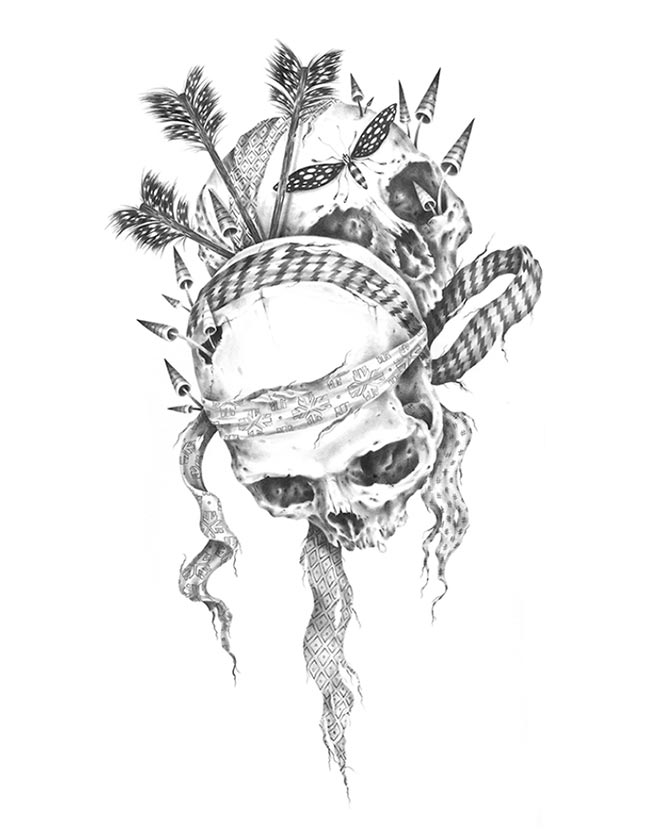 You have an altruistic streak and have specified an interest in raising awareness for good causes and helping where you can. Are there any projects you are working on at the moment that you can share with us?

Humans are awful. We’ve done a lot of good but for the most part we are wretched and have destroyed so much around us. Any chance I get to partner with organizations or raise awareness for animals and ocean life, I take it. This year, I will be partnering with PangeaSeed, an international organization who collaborate with artists, scientists and activists to raise awareness and educate the public on marine life conservation. Super stoked to get to collaborate with them.

What do you know now that you wish you had known when you were first starting down the path of becoming and artist? 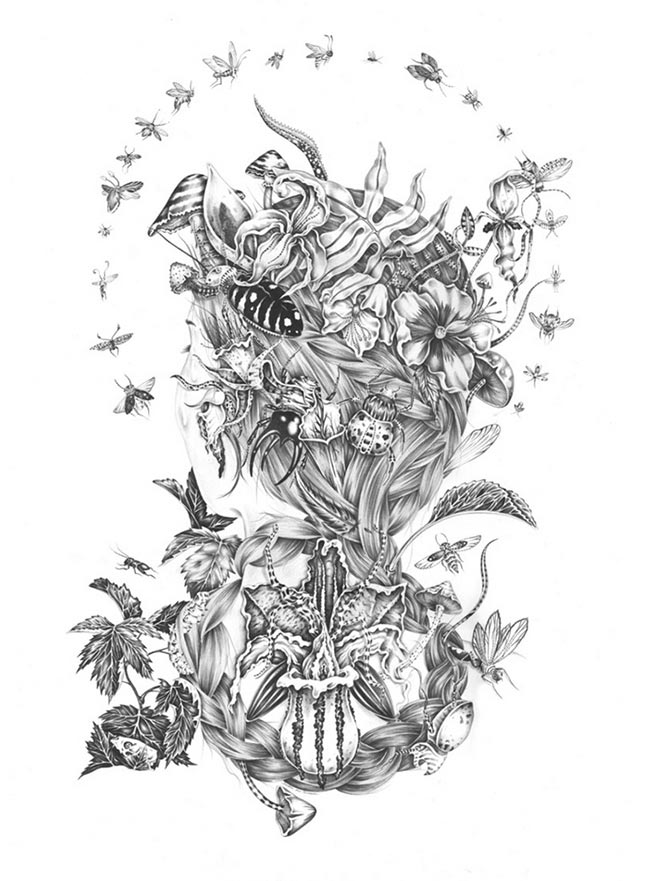 How important is sound to you when you’re making art?

Music is pretty much a necessity for me while working. I can’t work in silence. I start thinking and over thinking and I drive myself crazy. My tastes are all over the place in terms of what you’d hear walking into the studio.

If you could own one piece of art from any of the world’s collections, what piece would you choose and why?

Bernini’s ‘The Rape of Proserpina’. It might be a little large for my house though…It is one of the most breathtaking pieces of art I have ever seen.

What’s next for Nicomi Nix Turner?

I have no idea and that’s pretty thrilling. 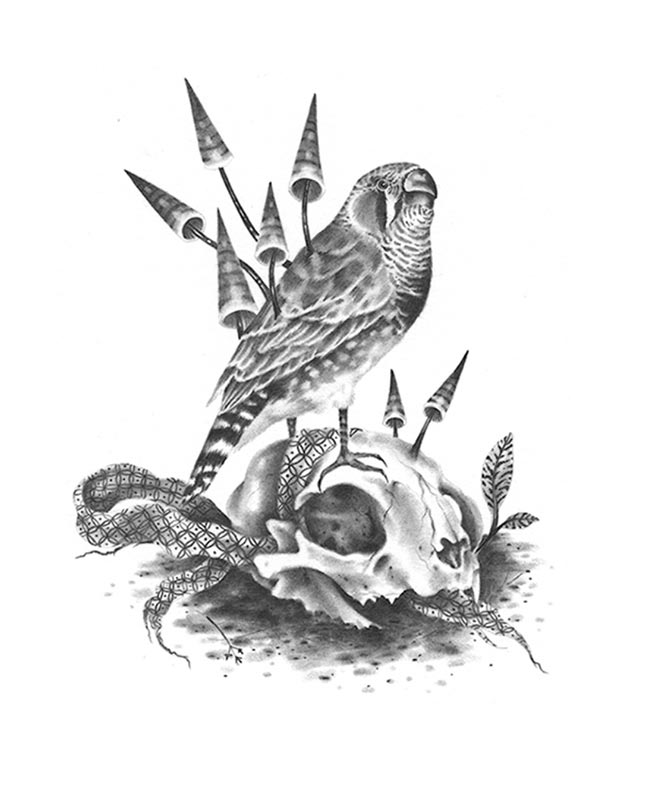 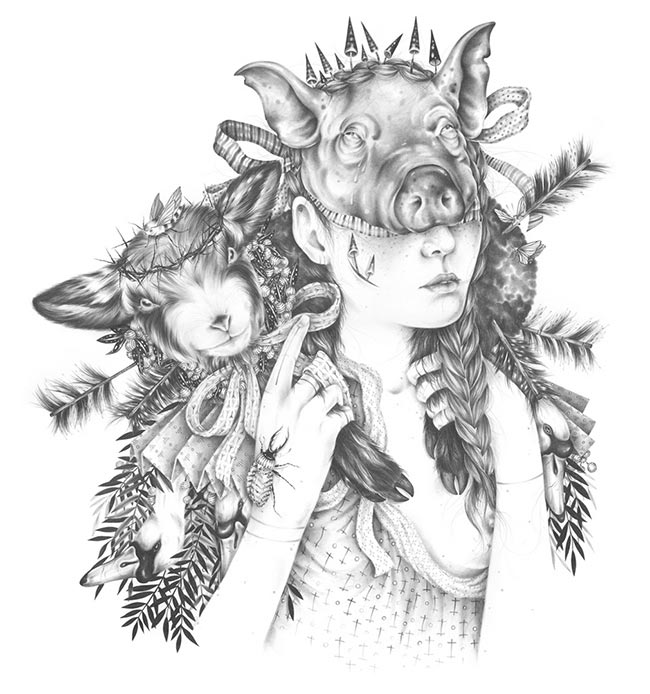 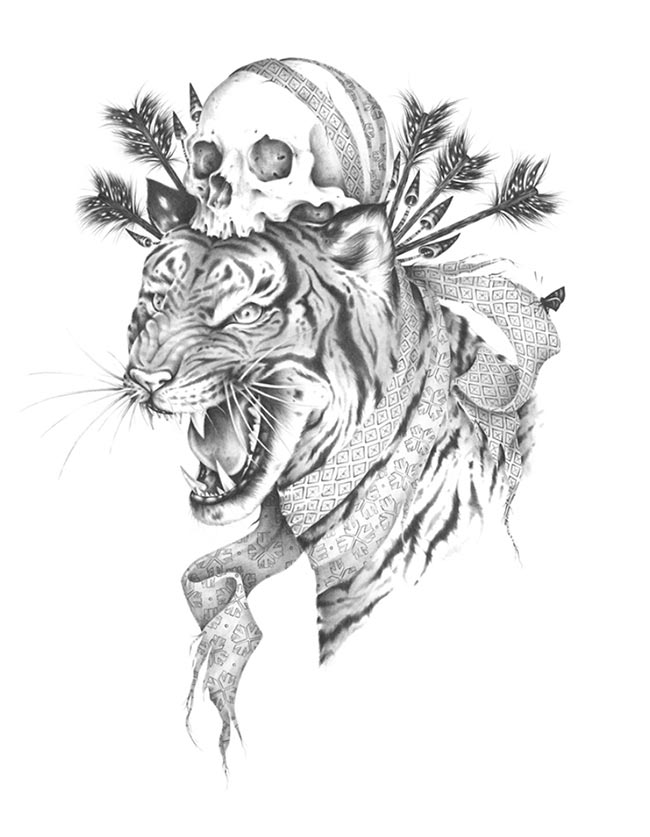 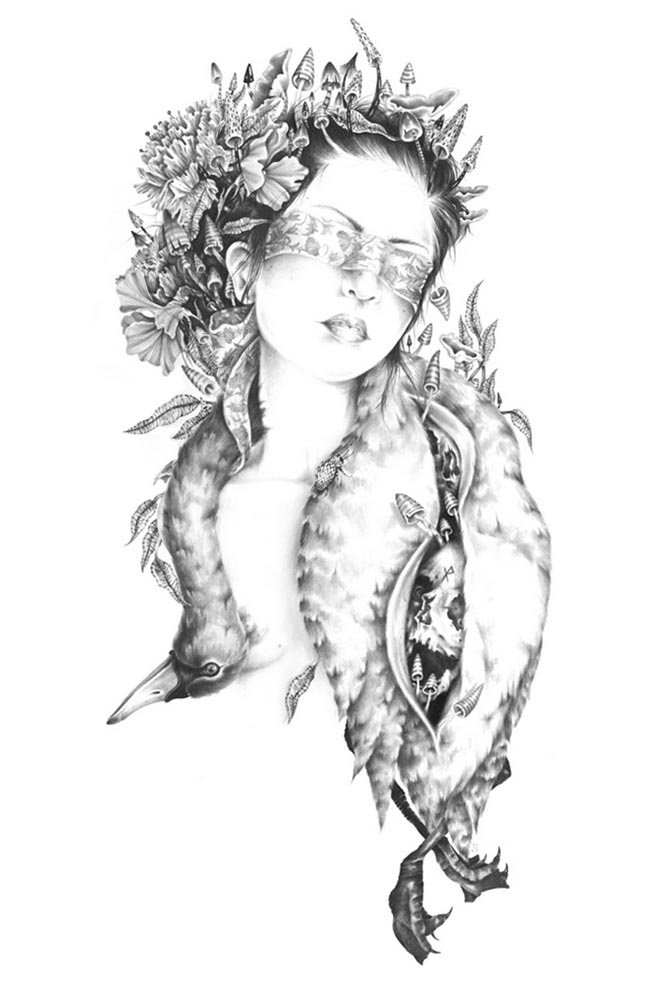 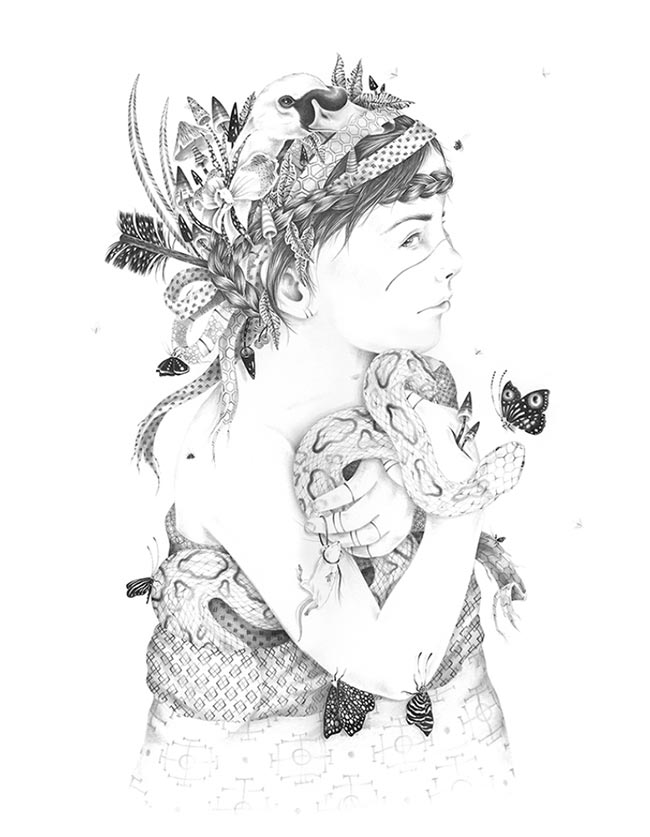