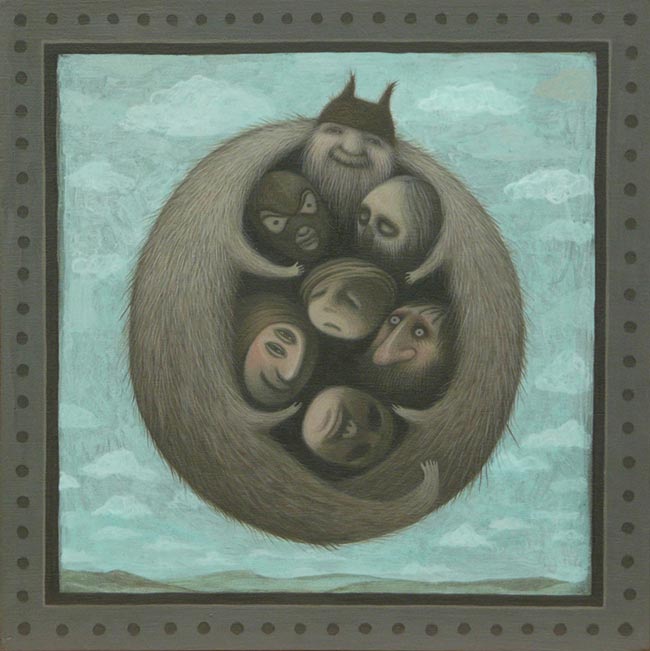 Pamela Tait is a Scottish artist who was born in Aberdeen in 1974. She stayed in her home city to study Drawing and Painting at Grays School of Art between 1992 – 96, graduating with a BFA, after which she moved to Edinburgh for several years. Pamela presently lives on the Black Isle with her husband, the artist Erlend Tait, who she also collaborates with on a regular basis. Pamela is represented by FB69 Gallery in Germany, where she has had a number of very successful solo exhibitions. Her works have also been shown on the other side of the Atlantic, where they have hung in the illustrious company of art legends such as, Robert Crumb, HR Giger and Robert Williams, to name but a few.

“Erlend and I were invited by the artist Jessica Ward to take part in the ‘Feminality Couples’ exhibition, which took place at The Hive Gallery, Los Angeles in 2011. This was an exhibition where couples who were both artists would submit a piece of work each and one which they had collaborated on together. The opportunity was just perfect for us as we had spoken about collaborating, but other work would take priority and so it remained something we would just discuss every now and then. But now we had tthe impetus to join forces and collaborate. I found I really love collaborating. The discussions and unfolding of ideas, it’s so exciting! And it’s different for each piece. We start off by sitting together, listening to music and drawing. Exchanging drawings when you got a bit stuck or lost and that’s where the fun begins. A few collaborations have been pieces I was close to throwing out, but Erlend saved them and made me fall in love with them again. These pieces are some of my favourite collaborations now.” – Pamela Tait (WOW x WOW) 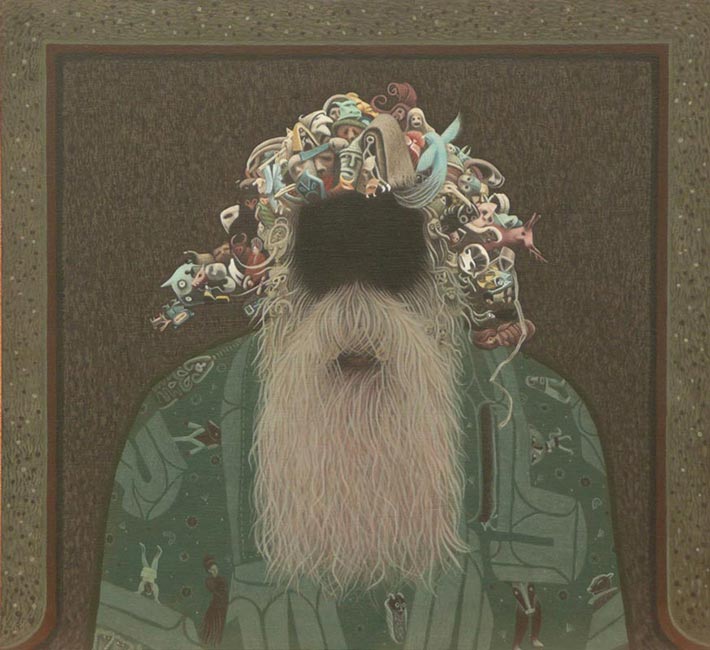 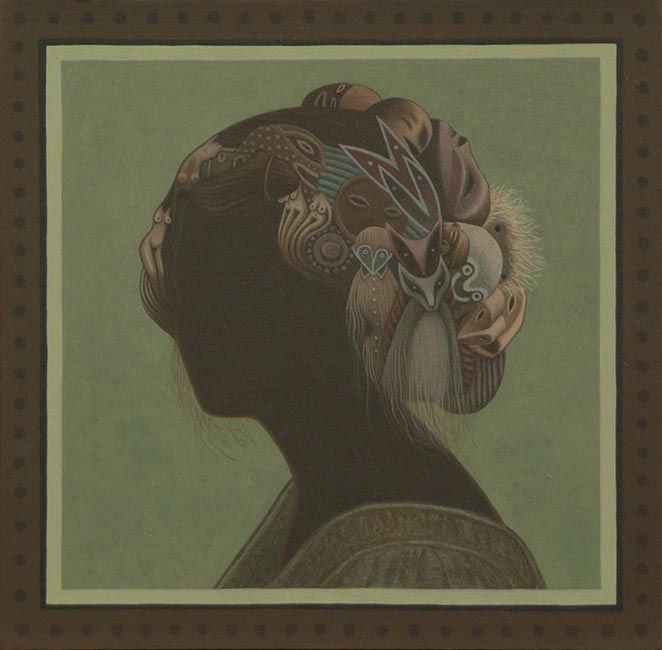 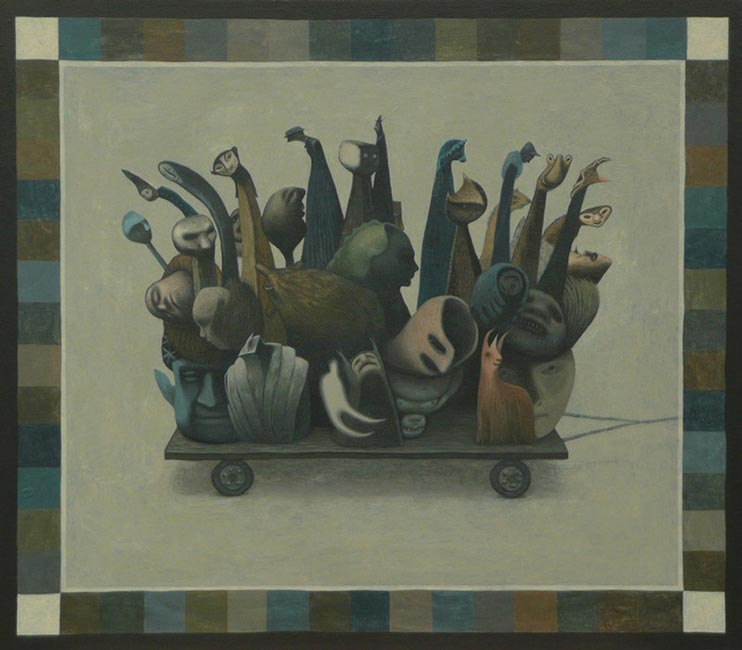 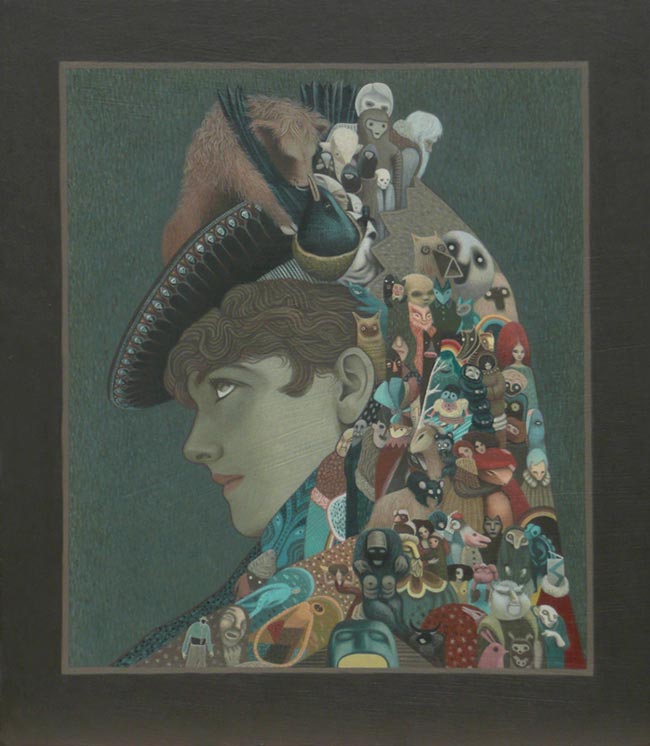 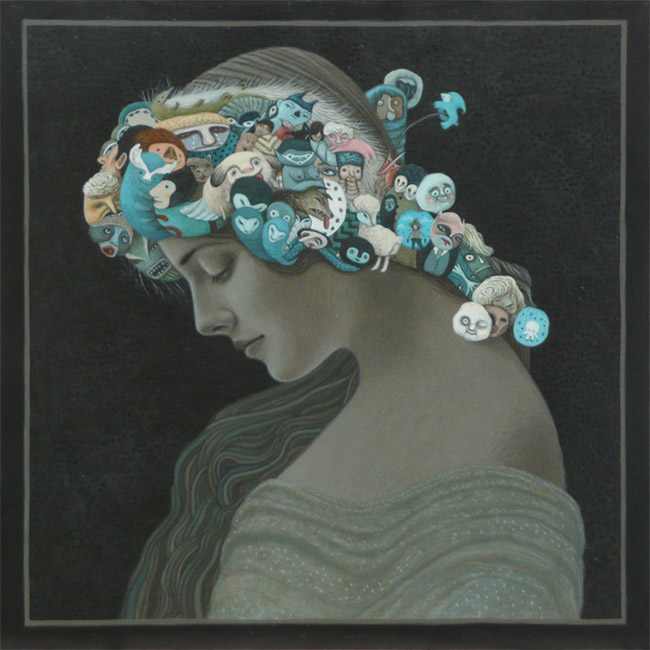 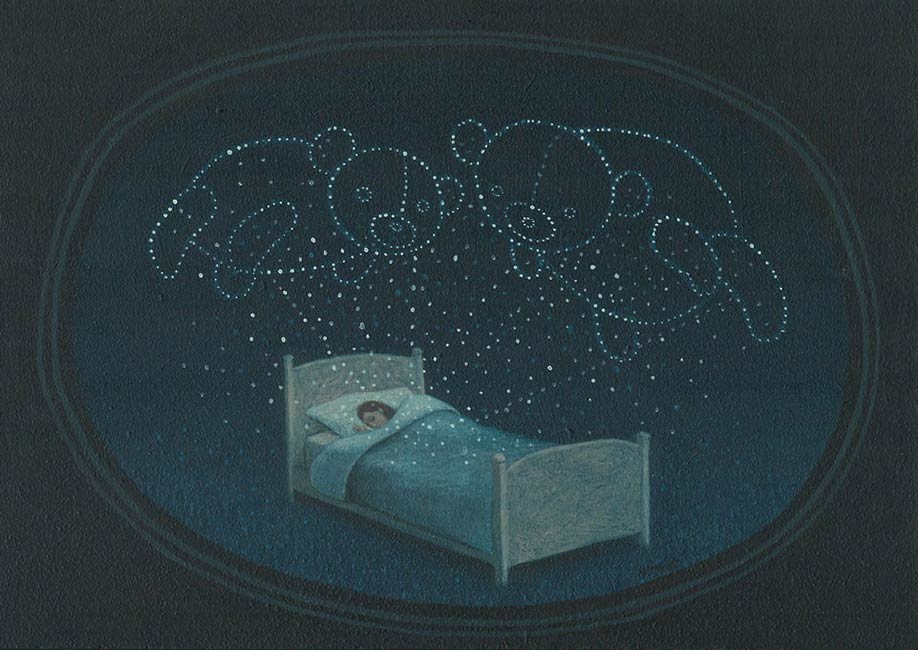 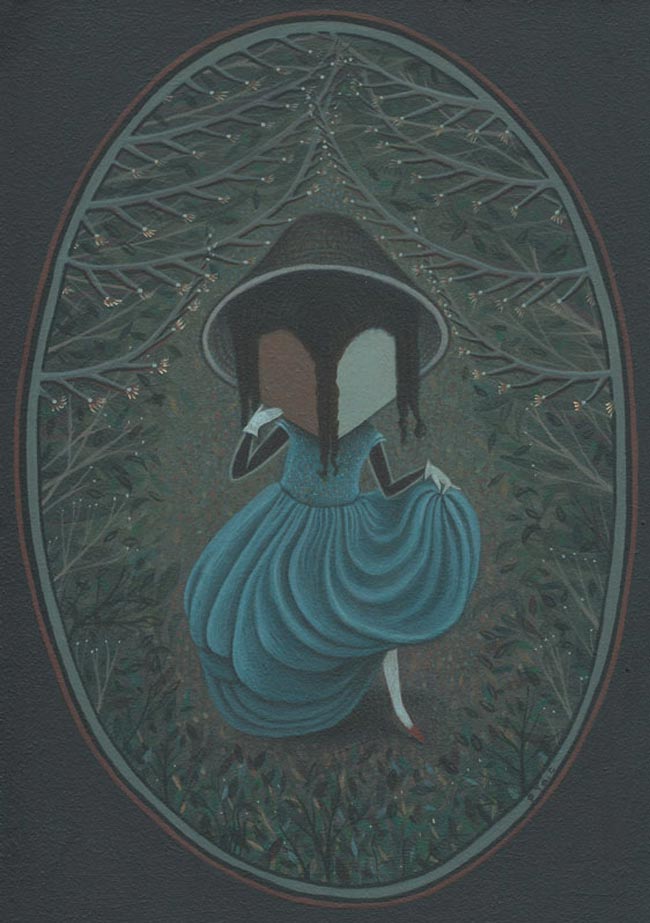 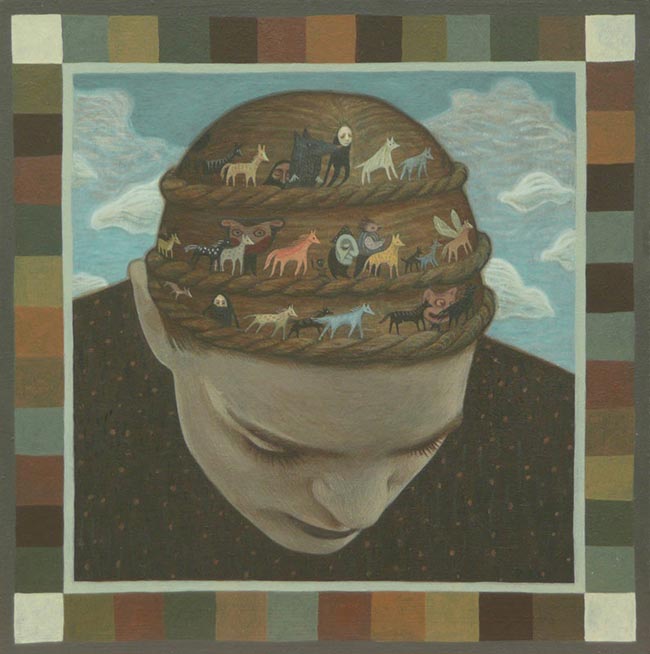 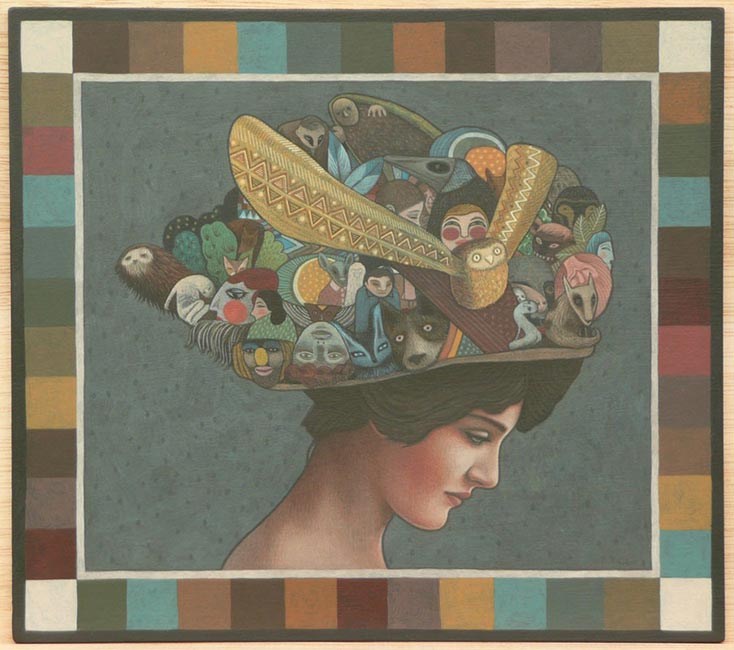 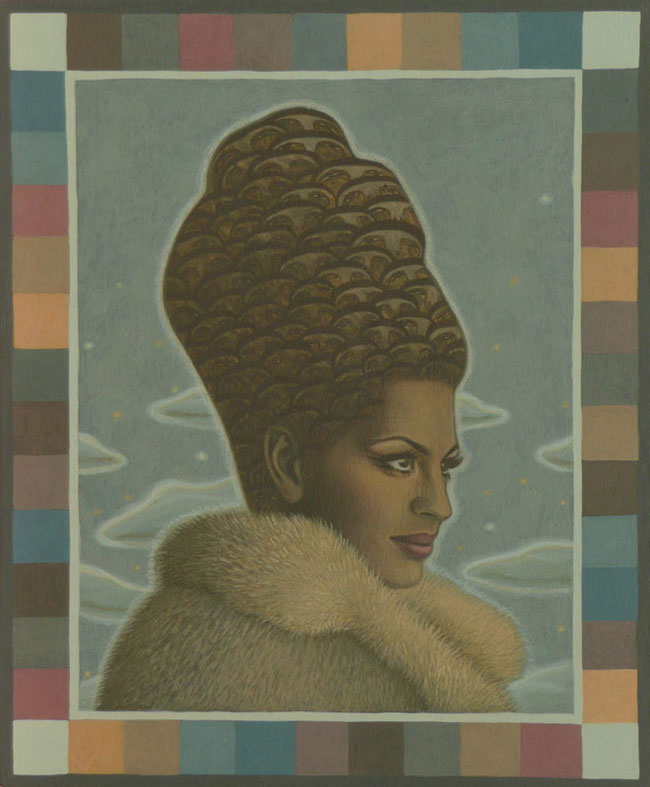 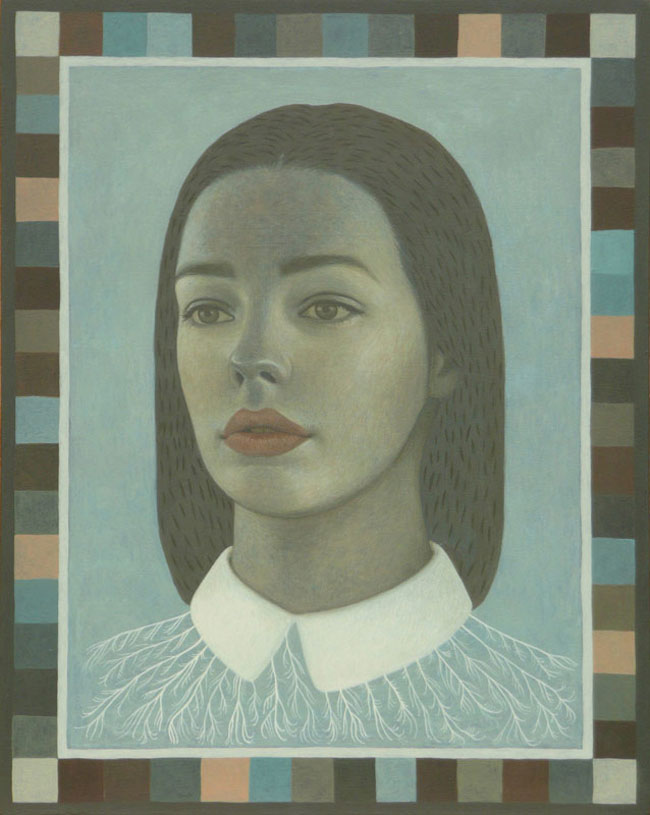 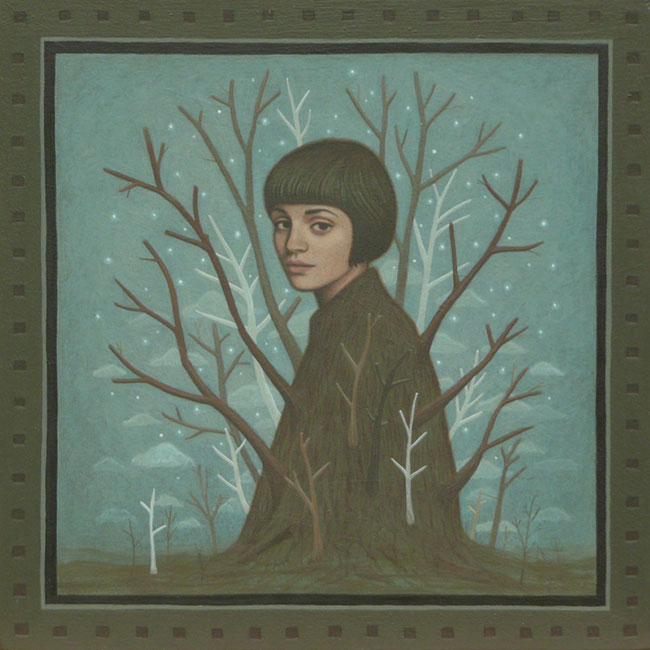 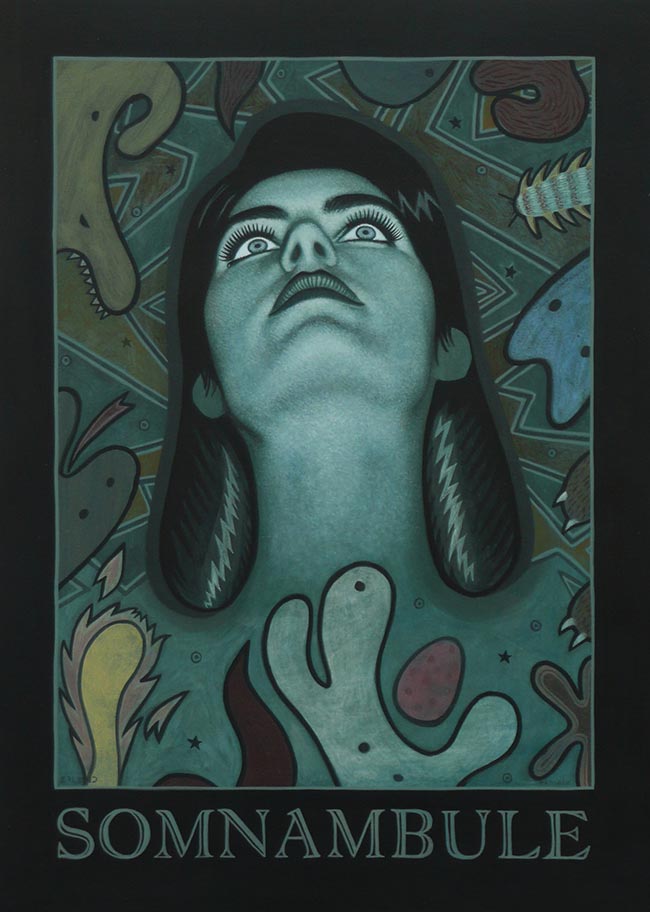 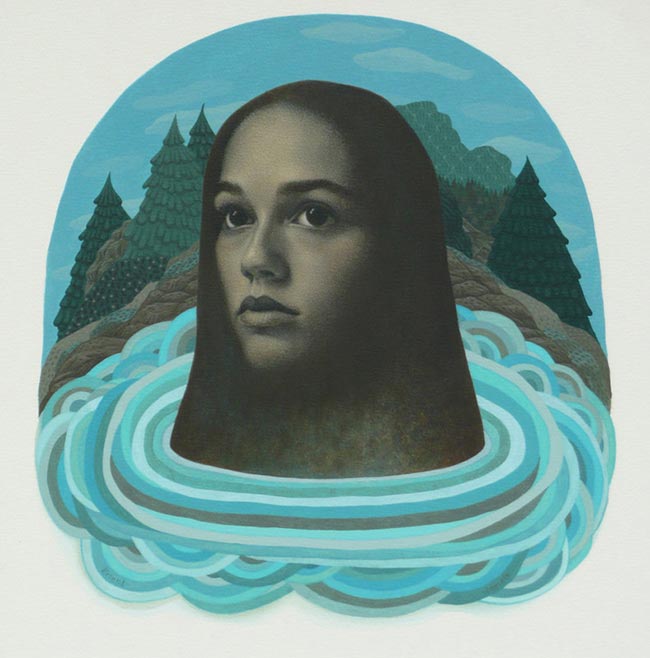