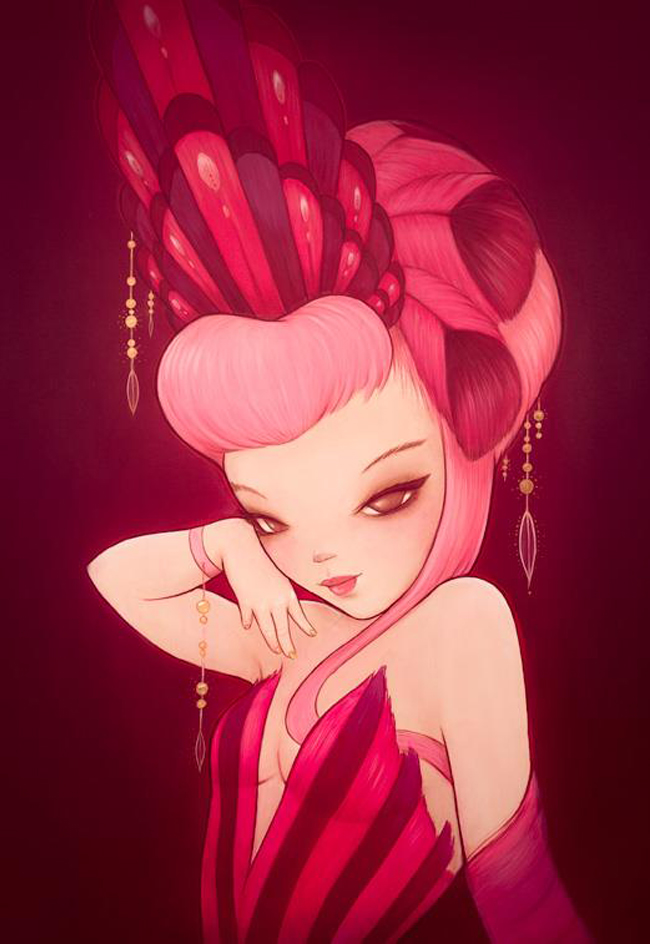 Anarkitty, is the working artists name for Emma Geary, a Pop-Surrealist from Northern Ireland. She was born in 1977 and currently lives and works outside Belfast. Geary went to the University of Ulster in Belfast and gained a BA(Hons) degree in Art and Design, specializing in Visual Communications. After graduation she moved to London for 6 years where she worked for a number of ad agencies and graphic design houses. During this time, she mainly produced digital based character illustrations. Her work has appeared in publications such as Creative Review, Computer Arts and DPI (Taiwan) magazine. She also created works for MTV, BBC and Pictoploasma, After leaving London, Emma returned to Northern Ireland and it was here that she first moved her characters from the computer screen to canvas. She has stated that her influences came from manga, tattoo, pinup girls, graffiti and toy cultures and she is also hugely inspired by artists Miss Van and Fafi. Geary’s work has been exhibited extensively in her home country, as well as in the US (at galleries such as Spoke Art and Gallery1988) and Germany (at FB69).

“I did a BA(Hons) degree in Visual Communications and specialised in Graphic Design and New Media. So I didn’t get any formal training for the style or application of the paintings I do now. So I am sort of self taught when it comes to drawing and painting. There are parts of me that wish I had studied Fine Art or Illustration, But I feel that graphics has had a definite influence on my style which maybe helps it to be a bit different, or allows me to have me own way of looking at things.” Anarkitty (White Lady Art) 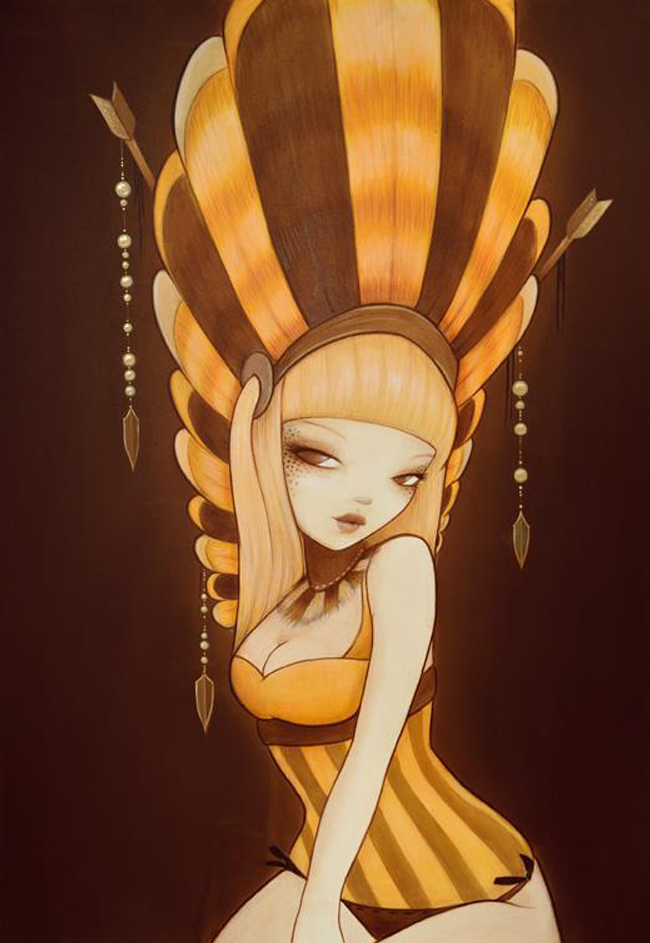 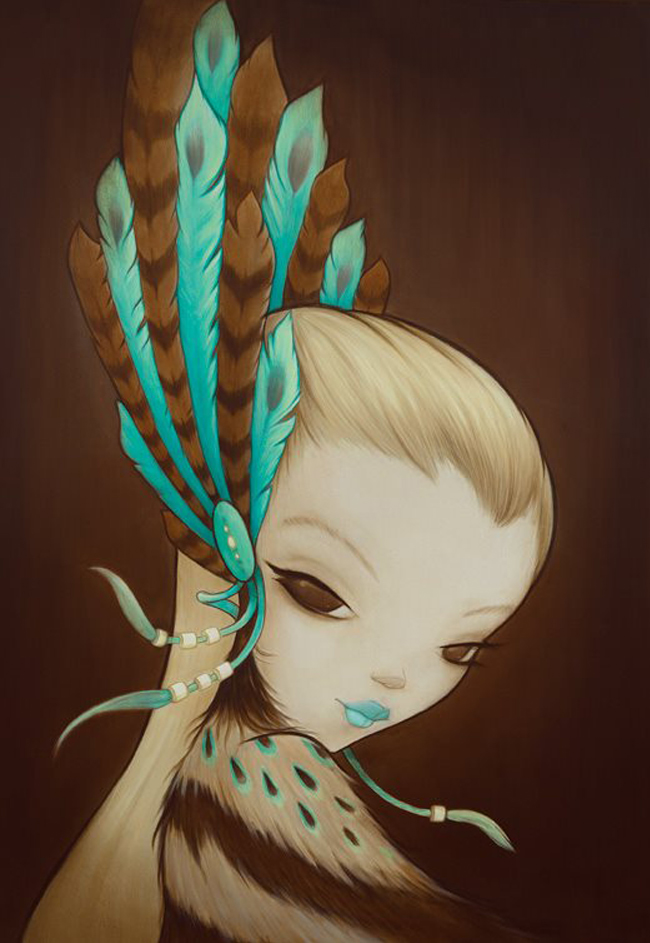 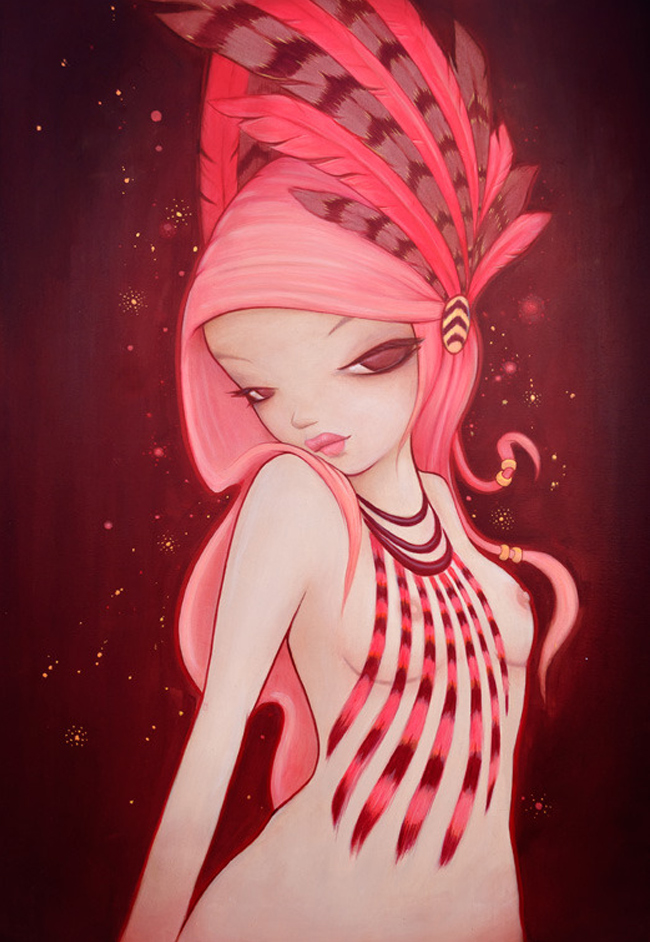 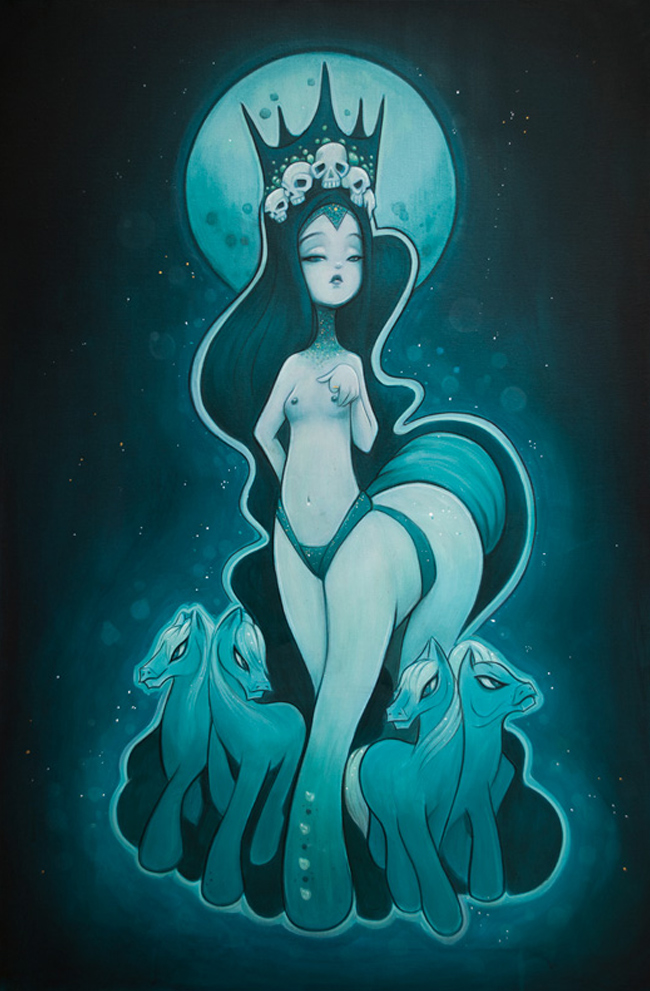 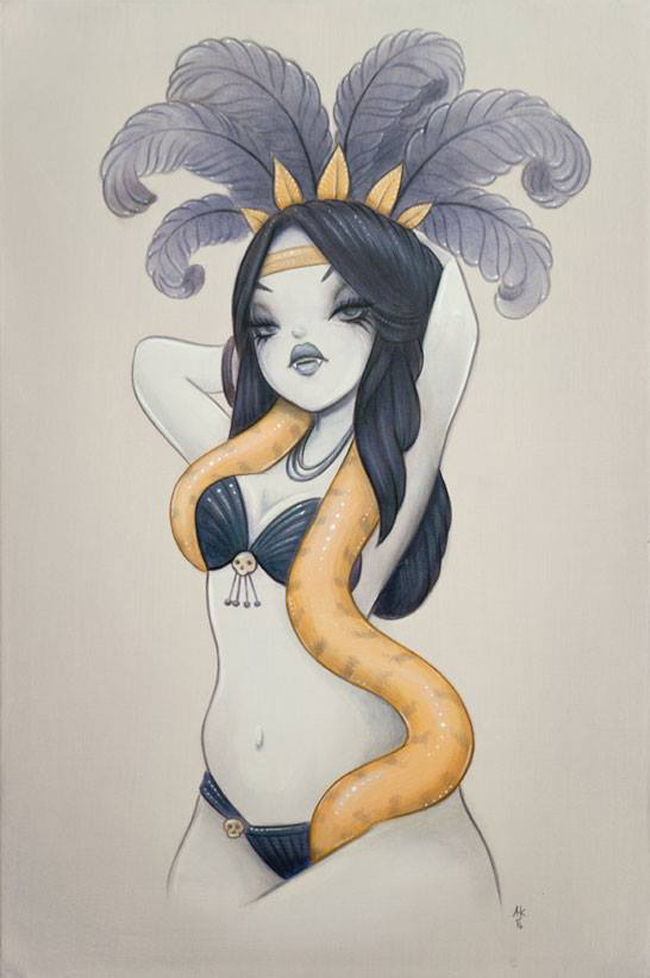 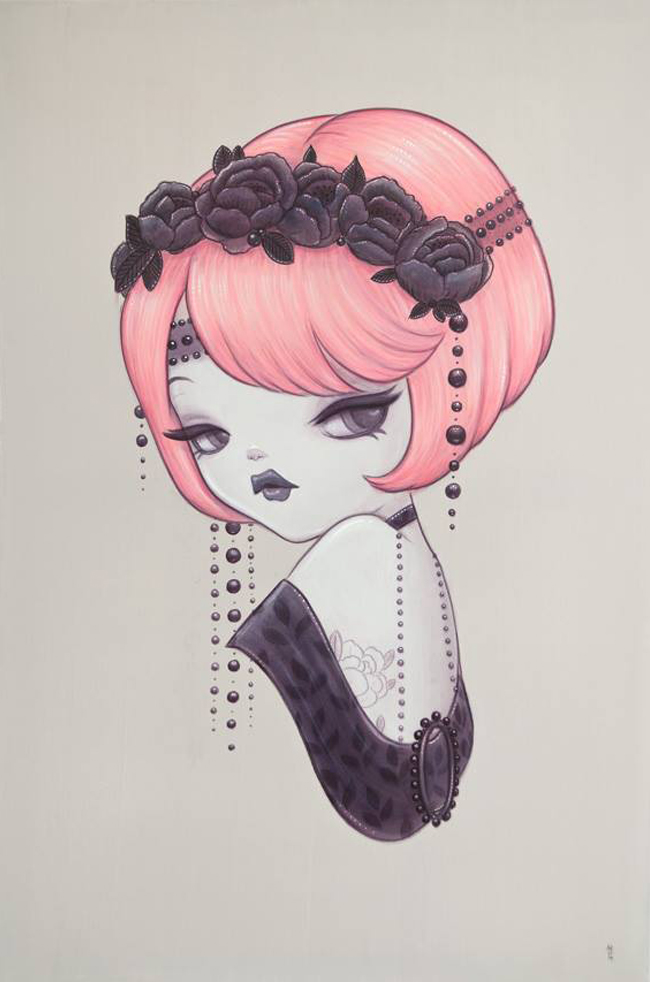 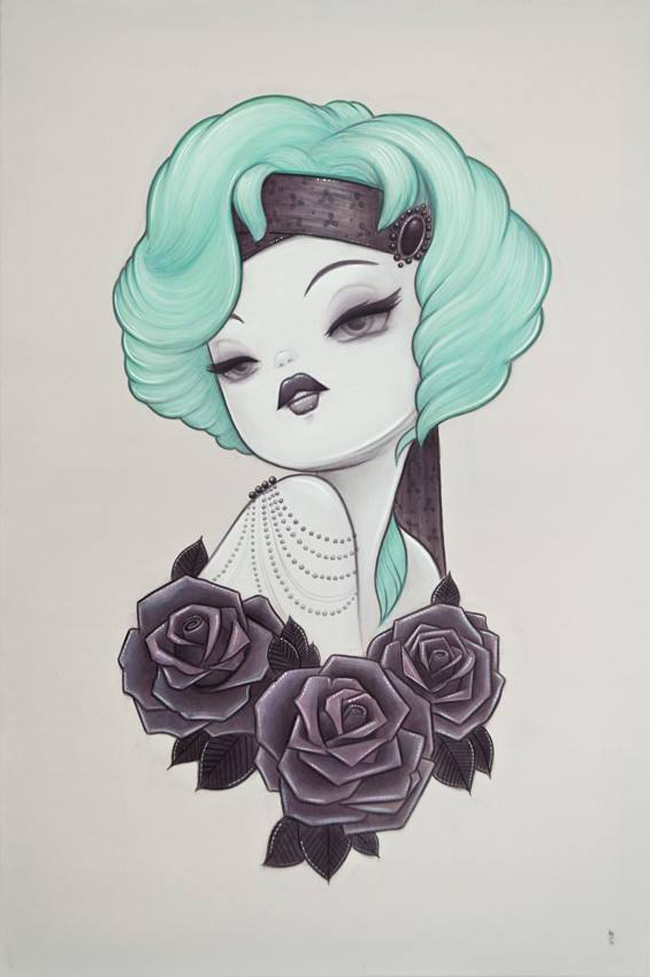 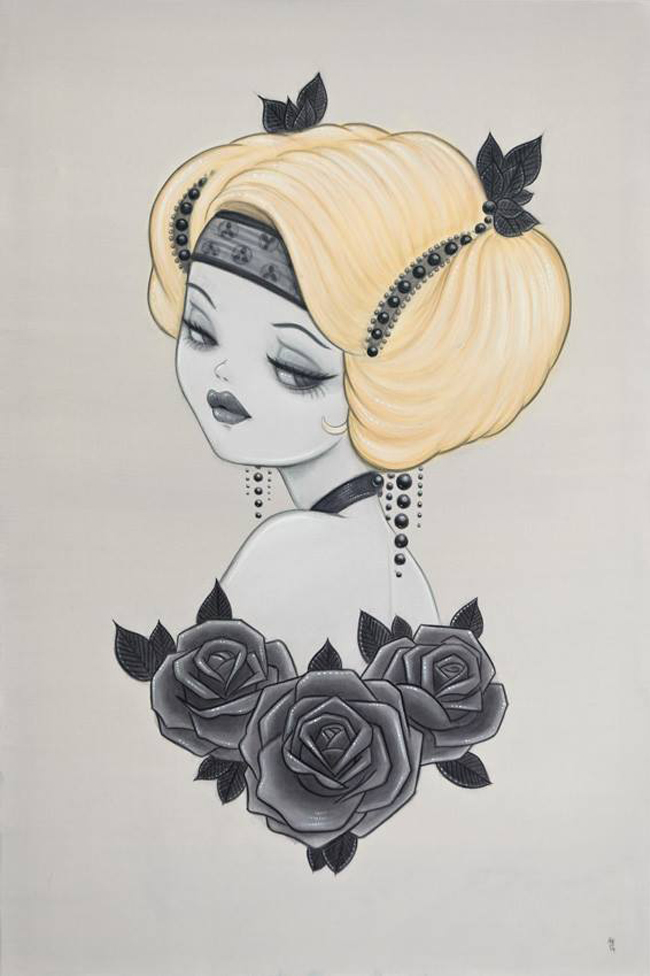 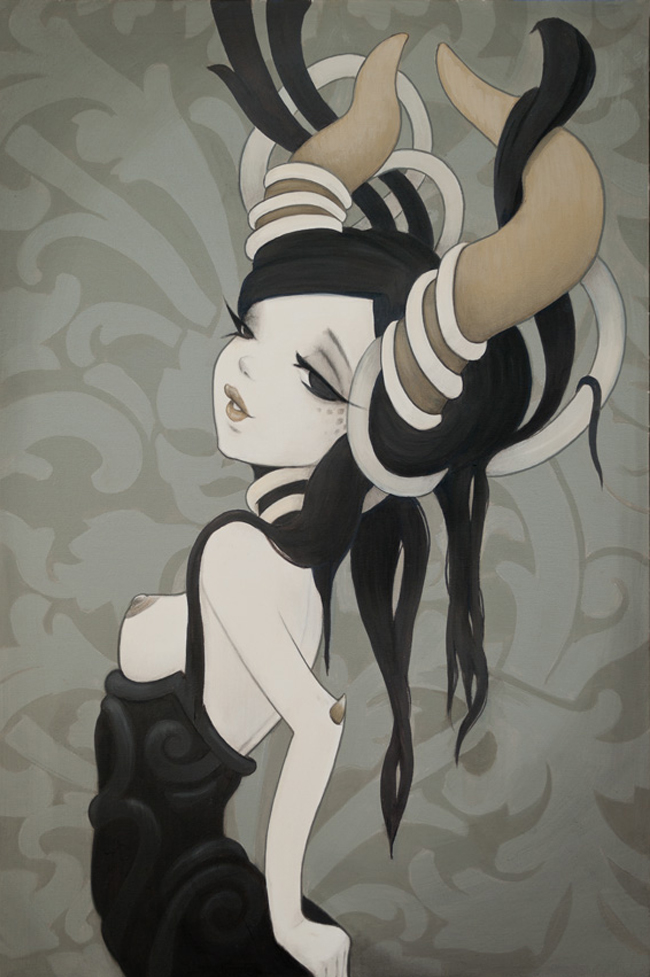 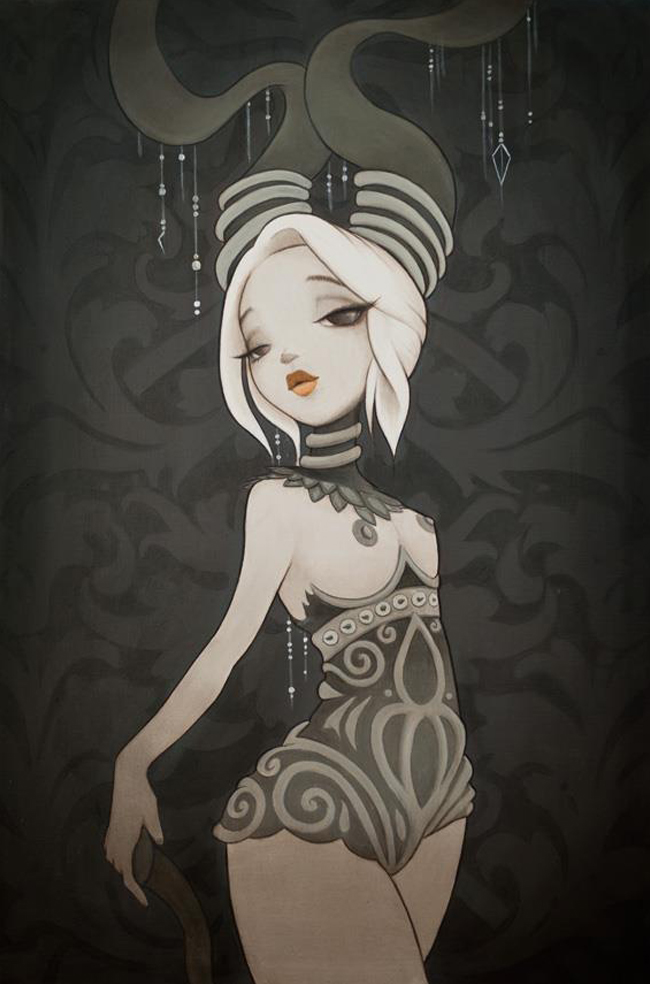 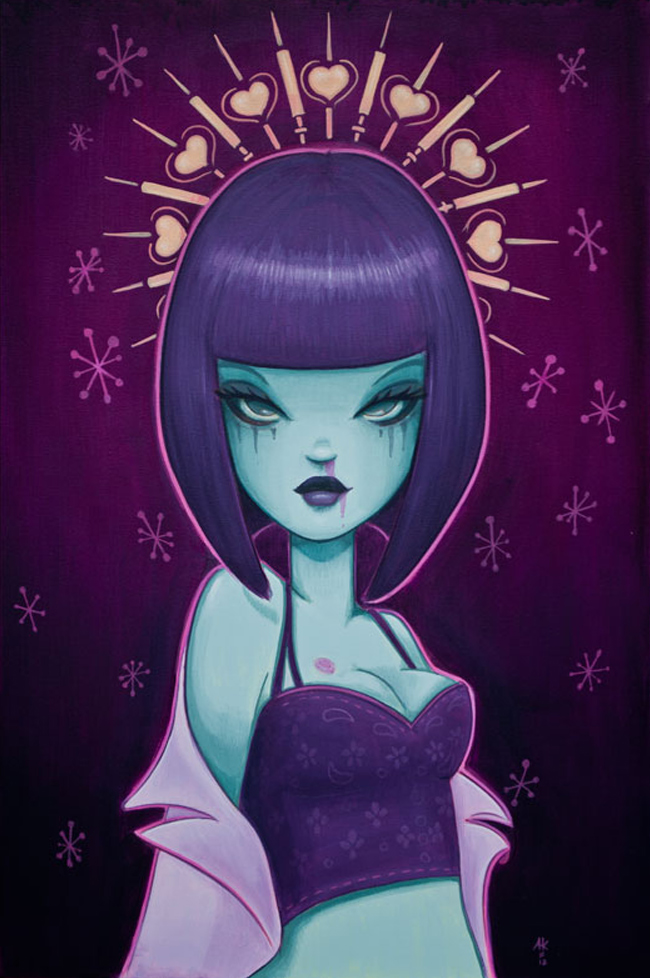