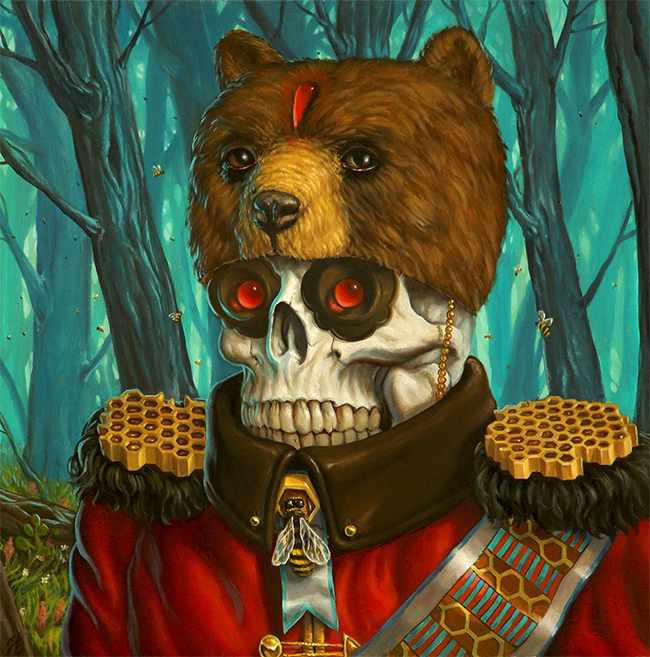 Jonathan Bergeron is a Canadian painter, living and working out of Montreal. He was heavily influenced by west coast culture during his early teenage years, loving everything through, Punk Rock, skateboarding, BMXing and graffiti. Bergeron claims to have sucked at most of these pursuits with the exception of graffiti, stating that it was spray cans that ignited his interest in the arts and inspired him to pick up his mother’s old paint kit, with the intention of teaching himself to paint. 20 years later Bergeron is still painting as a fulltime artist. Having worked under the moniker of Johnny Crap as an illustrator and poster artist for a number of years, Bergeron is working increasingly more under his own name as an exhibiting gallery artist. Many of his paintings, feature his Mexican skull inspired Calavera character, who is representative of an urban everyman, but with a subcultural edge. Often adorned in plaid shirts, sporting tattoos and riding bikes or skateboards, Calavera man is the epitome of Jonathan’s tastes and interests.

“There have always been skulls in my paintings but that doesn’t mean I’m going to paint skulls for the rest of my life. I’ve never really looked at something and said, ‘This is selling right now, I can’t change.’ I know that a lot of artists get caught up in that—they’re afraid of doing something that might not work anymore, especially if they have a good formula. I will always have a base from which I work but you never know; something might change in my personal life that affects my art. I like to try new things but once I had a kid it was more about paying the bills by doing what I like. If doing this kind of art doesn’t make money and I can’t pay the bills then I don’t know, I’ll get a job I guess and keep doing my art on the side. I do what I do; it’s not about street cred or anything like that. It’s about doing your own thing and being honest about it. If you’re an artist you just have to keep at it.” – Jonathan Bergeron (Ion Magazine) 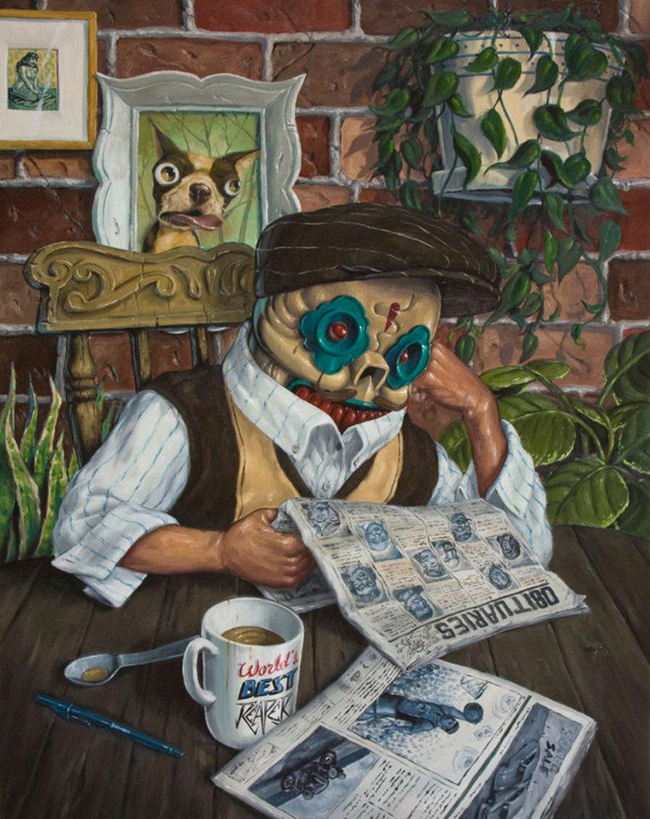 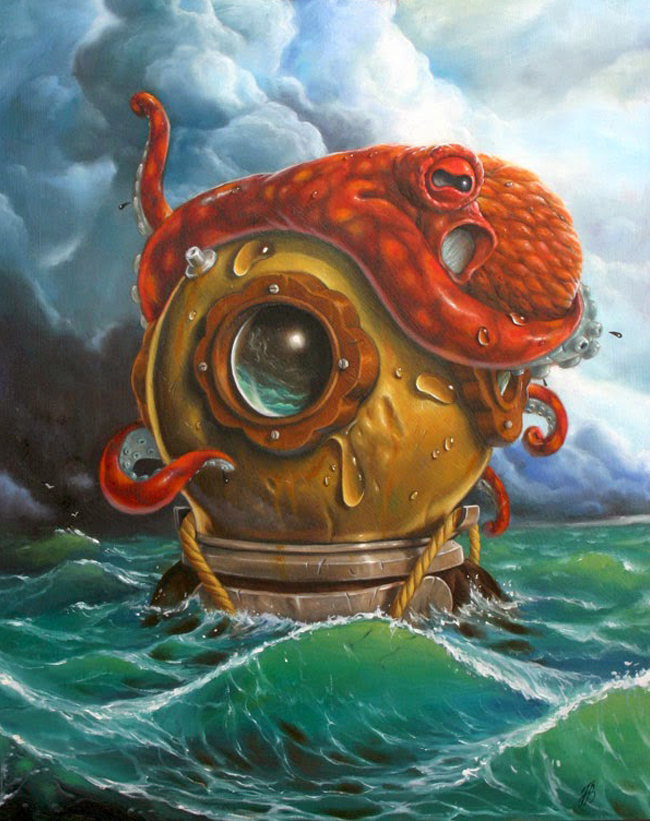 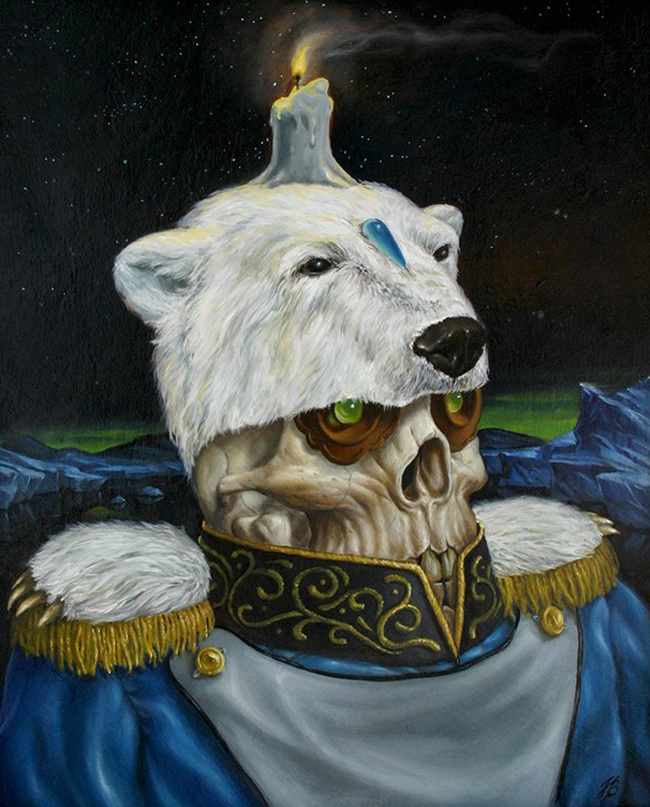 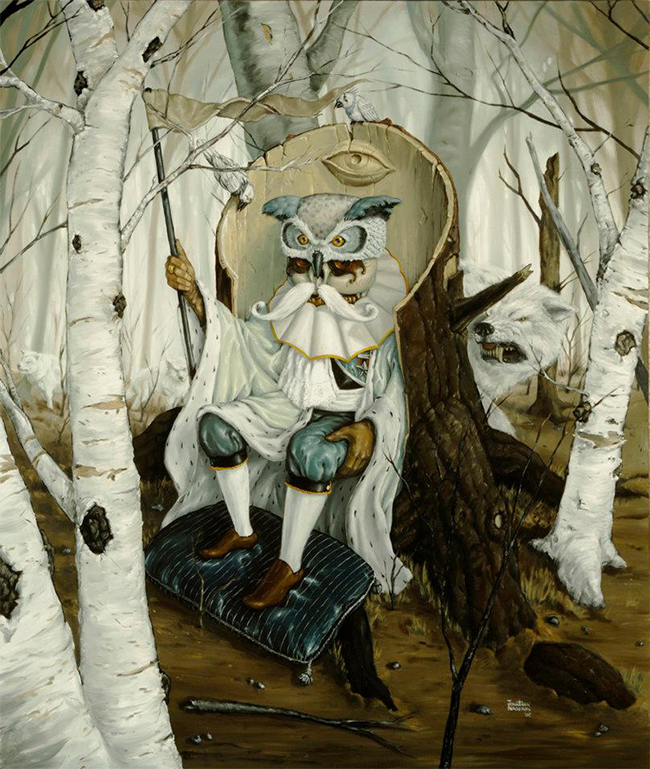 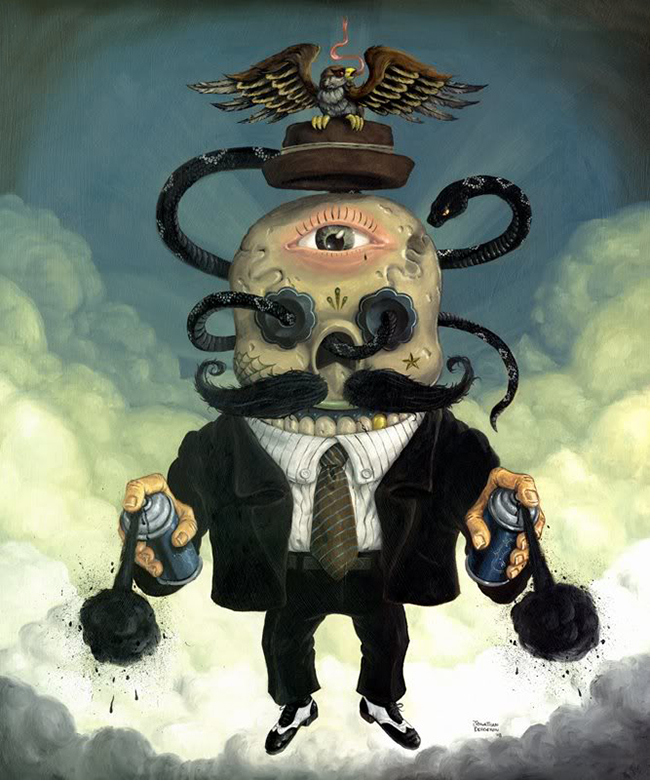 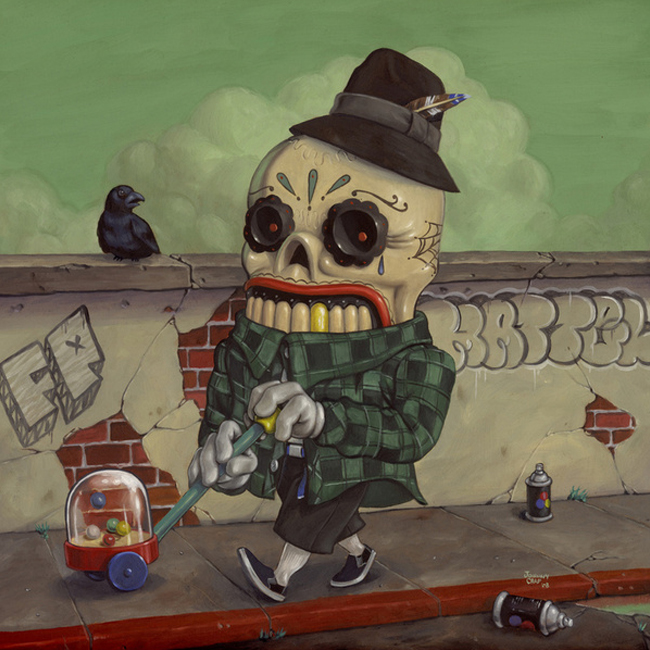 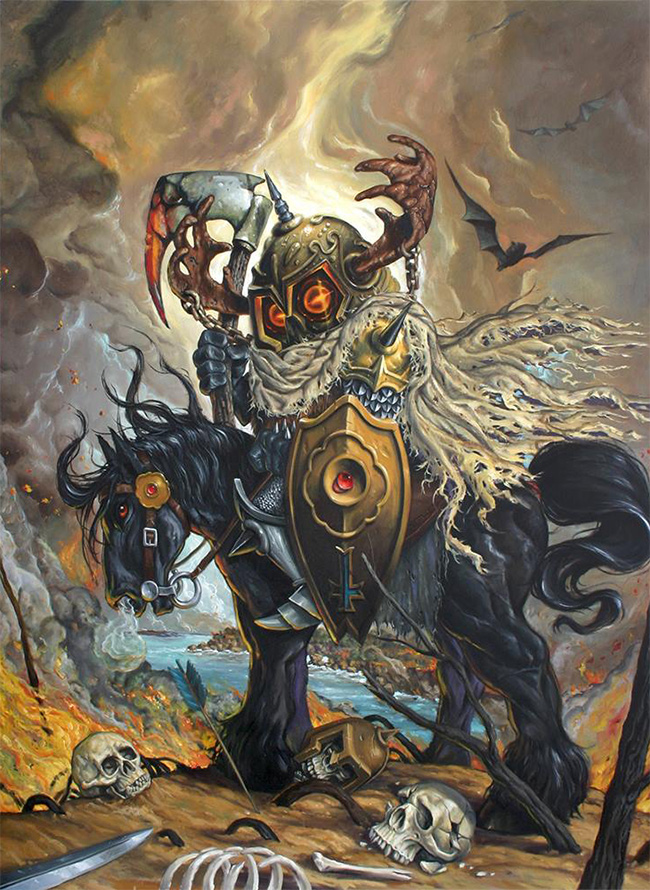 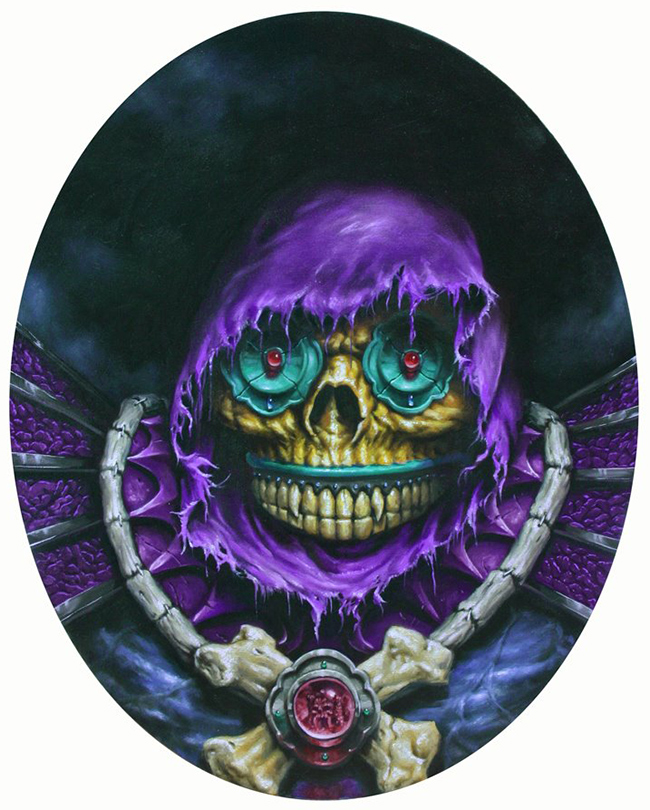 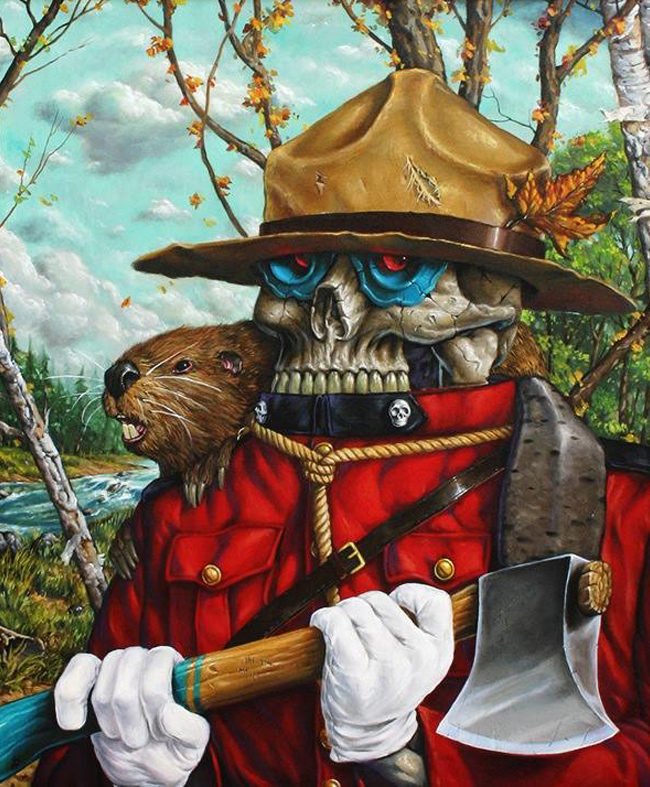 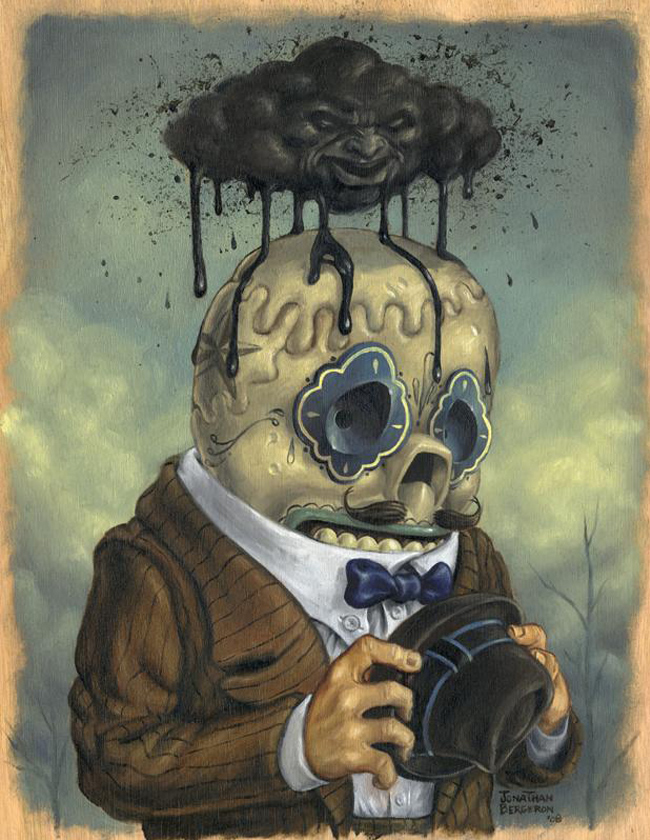 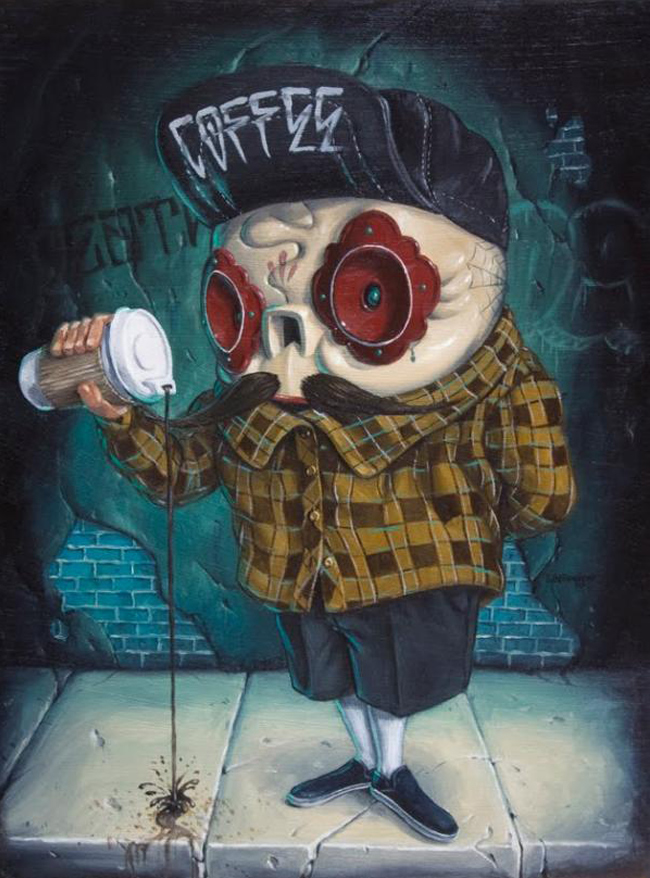 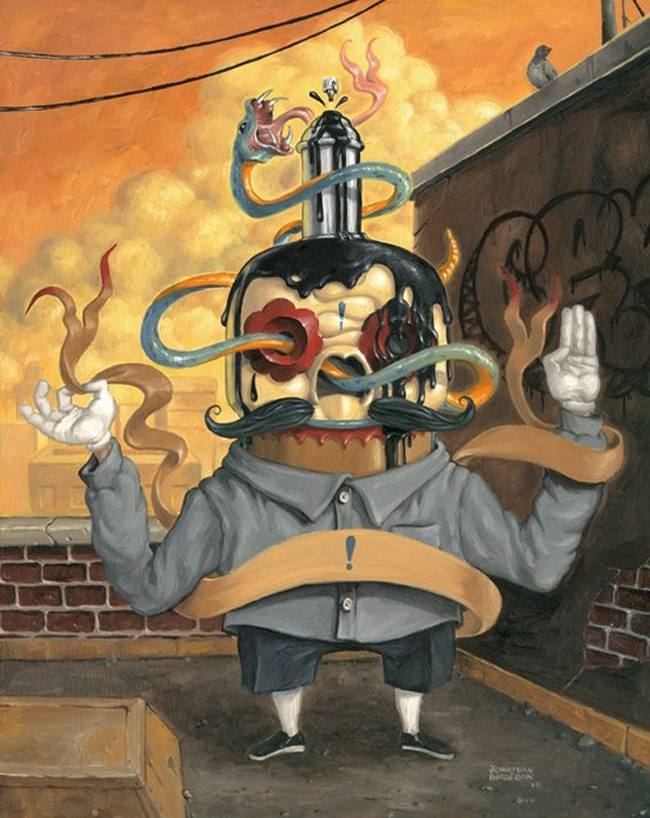 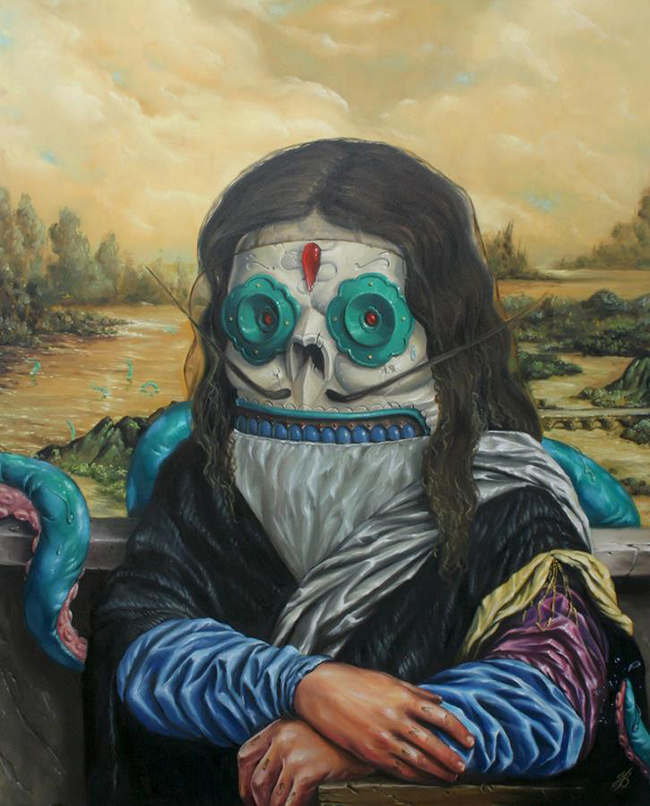 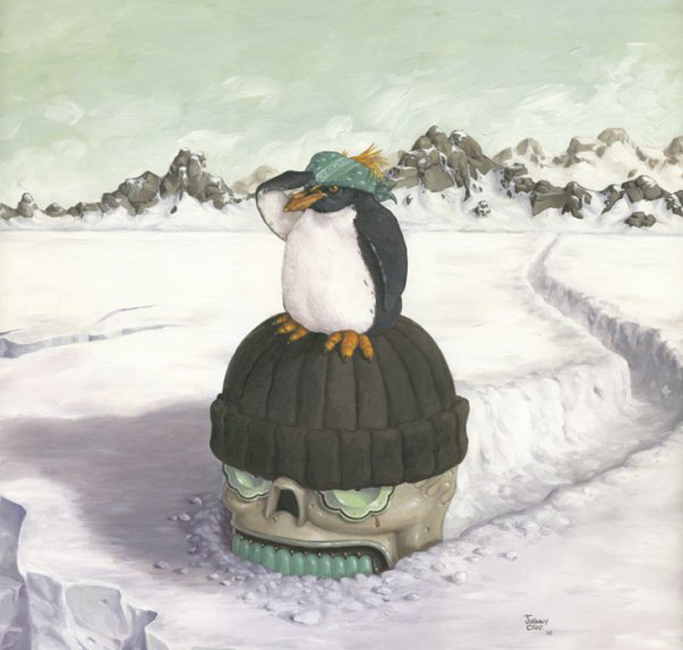 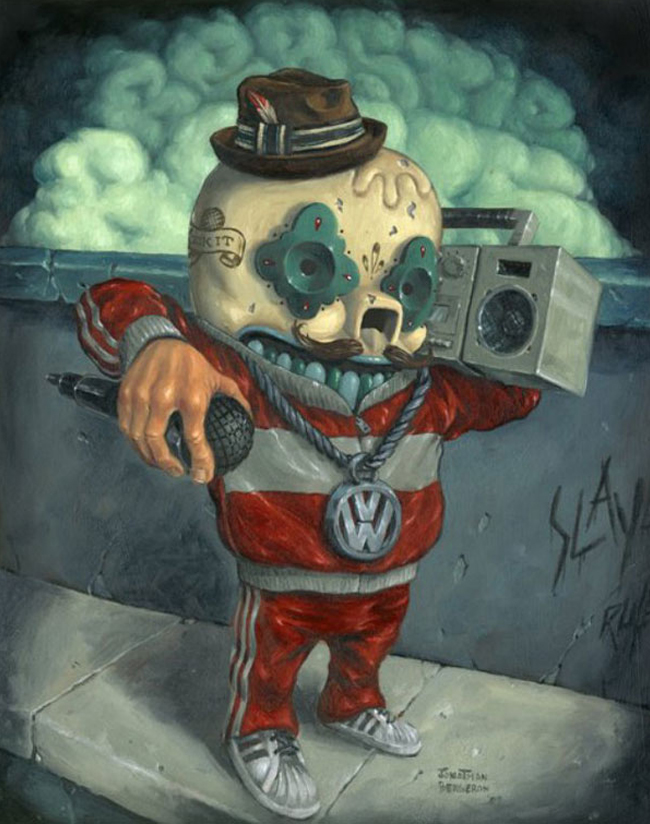