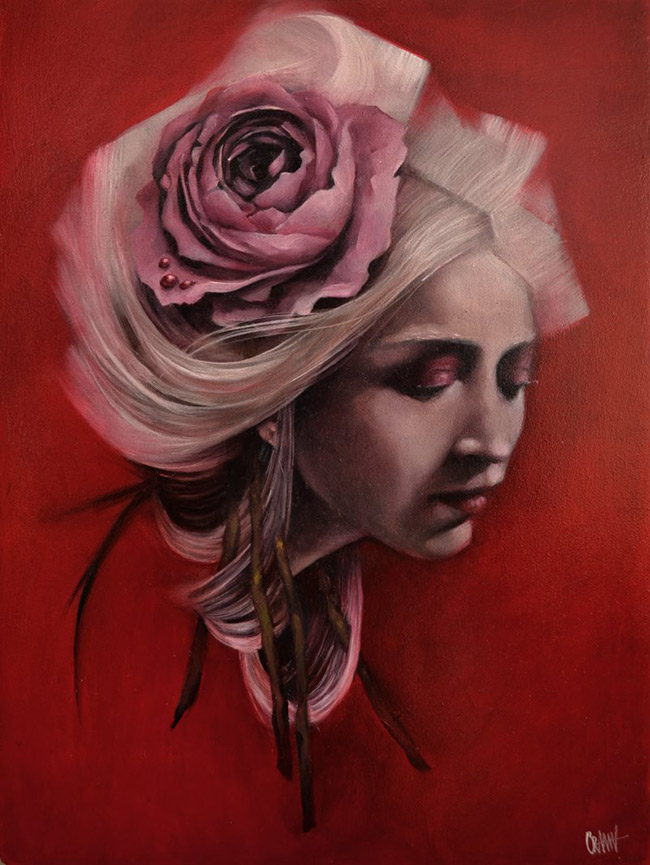 Self taught artist and habitual doodler, Craww, lives and works in Sheffield, UK drawing inspiration from daydreams, music, comics, nature, gin and an overactive imagination. His work is a stream of consciousness ramble through the woods, uncovering secret stories and ambiguous connections, it’s direction influenced as much by accident and a short attention span as by design. It is a world populated with skulls, crows and melancholic girls embraced by flowing lines and natural forms. He enjoys seeing his creations taking on a life of their own as their world is realized with a mixture of elegance, balance and disciplined chaos, using oils, acrylic, graphite, charcoal, ink and whatever else is at hand. Following a career in graphic design, his art is informed by a sense of balance and narrative flow, making sense of the seemingly chaotic drips and washes of colour. With successful shows in the UK and US, he has found collectors and fans around the world.

“Overall I’ve developed a style that’s as much based on what I can’t do as what I can do. It’s like, I never draw full bodies because I just don’t like full bodies. And I fucking hate feet, so I never draw feet. So you’ll see sometimes bodies are disconnected. The hands, the hands used to be huge, but they’ve become smaller over time. It’s kind of like, that’s just how I draw hands, and anyone who goes to life drawing classes would say that’s not how you do it, but that’s how I do it. That’s how I draw hands. So there are a lot of organic shapes and flows, you have these hard lines breaking things up and it’s interesting to me to have flowing lines and organic shapes, and these harder constructions.” – Craww (Beautiful.Bizarre) 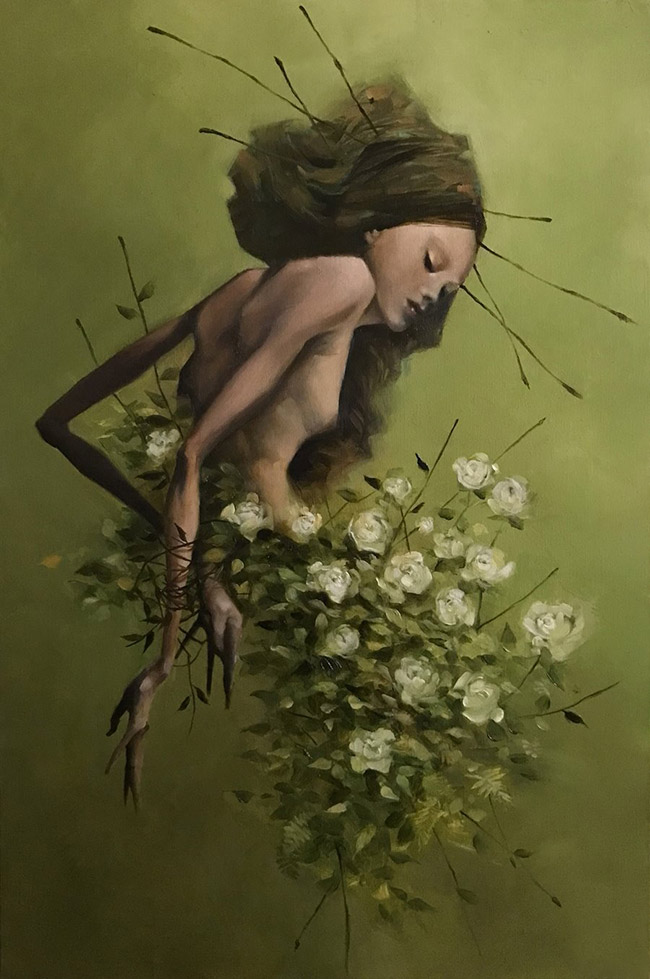 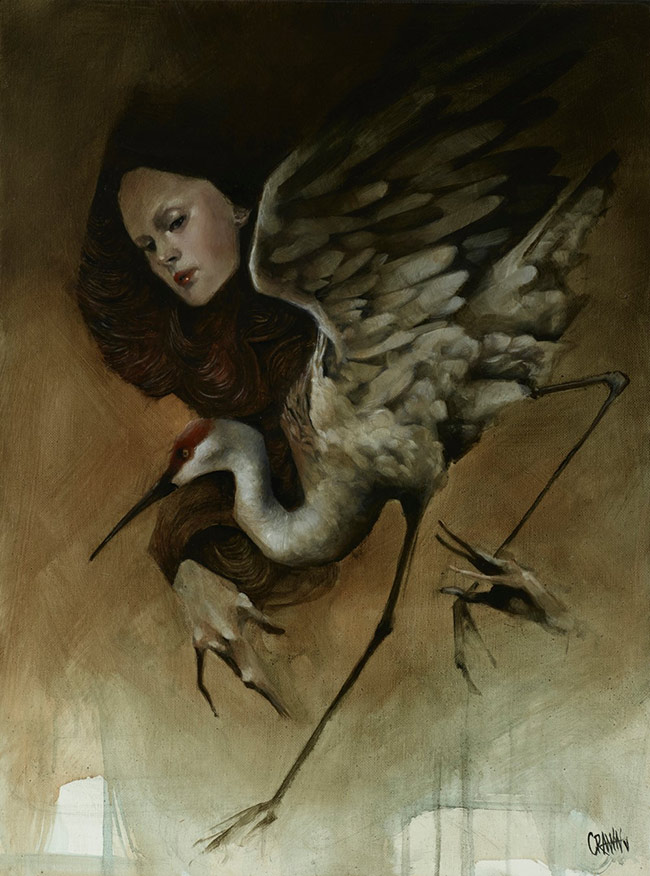 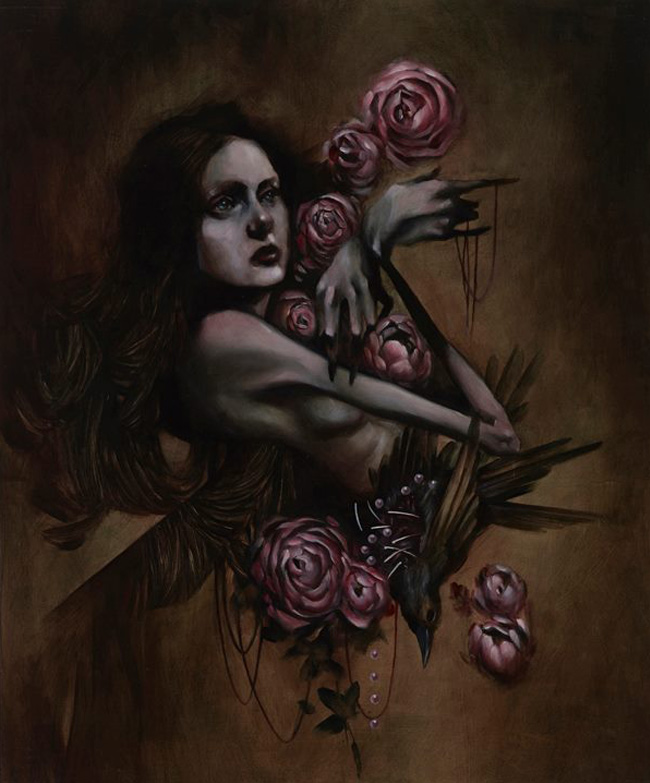 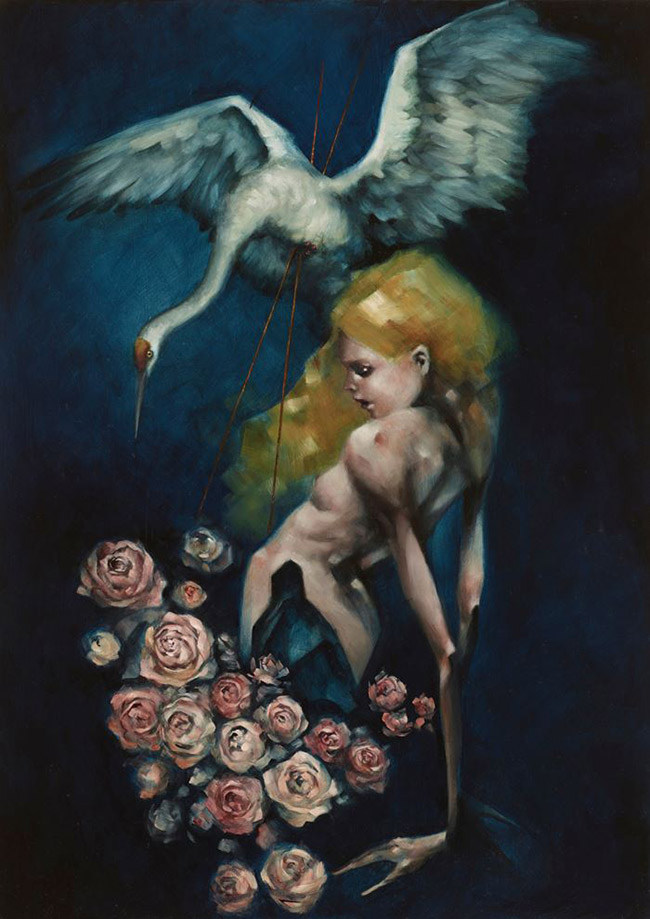 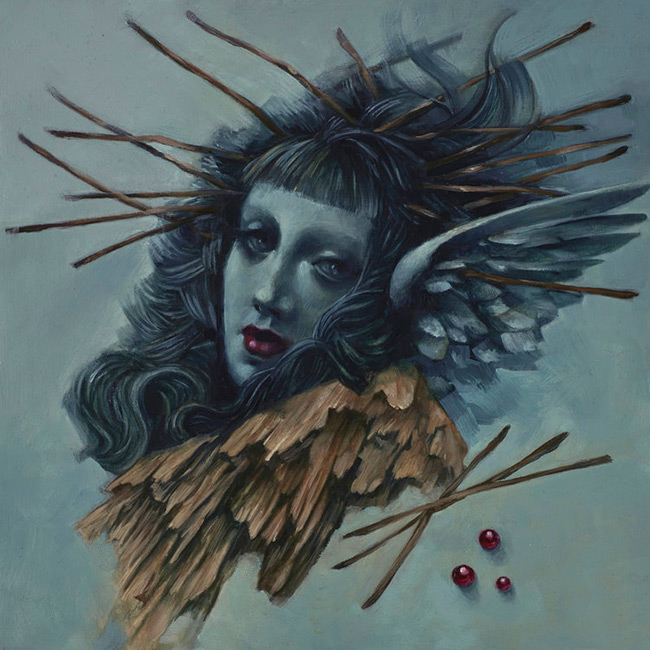 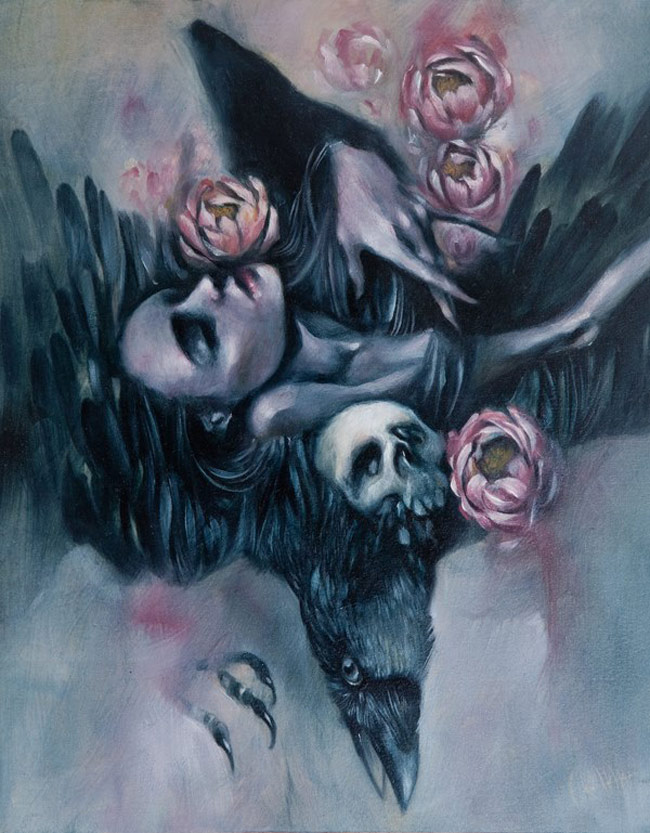 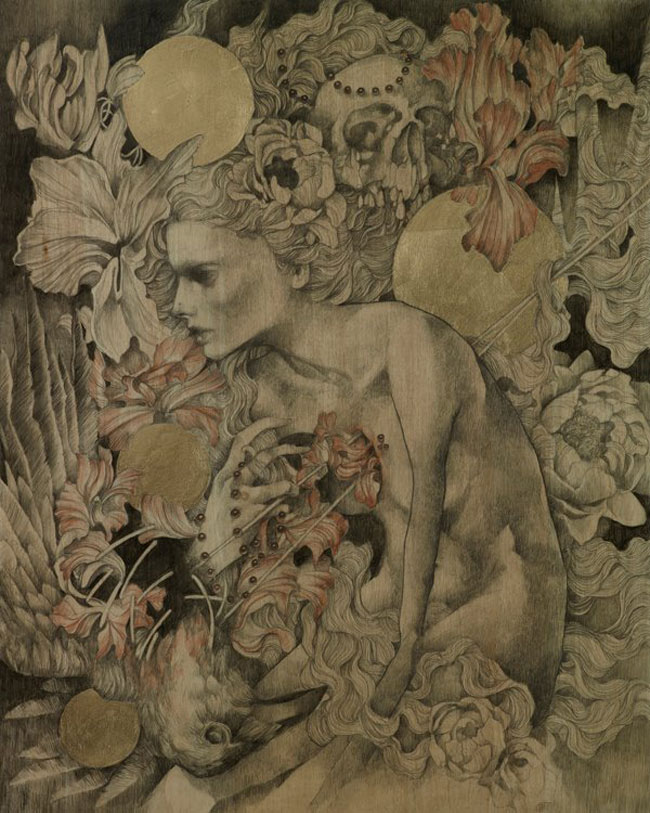 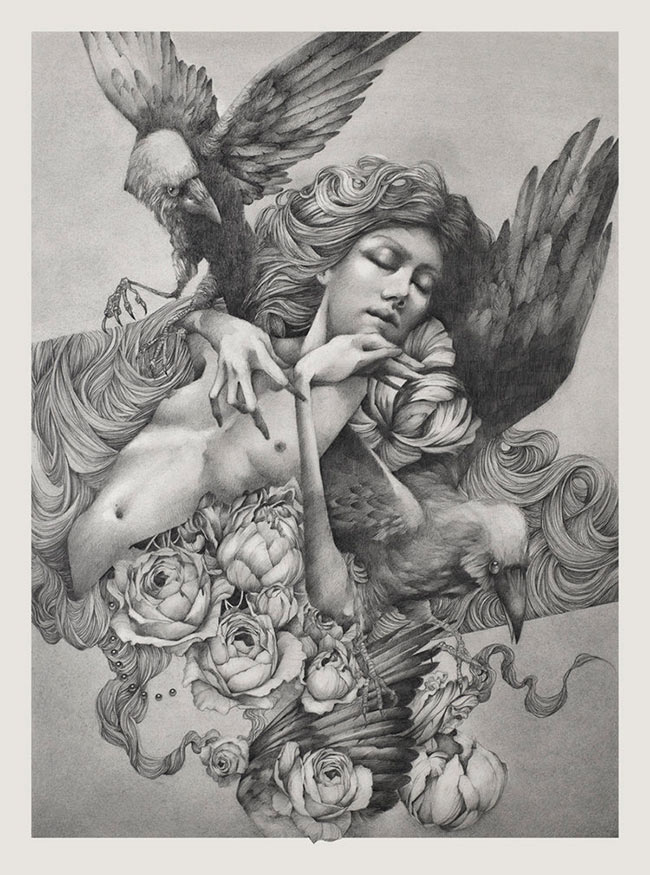 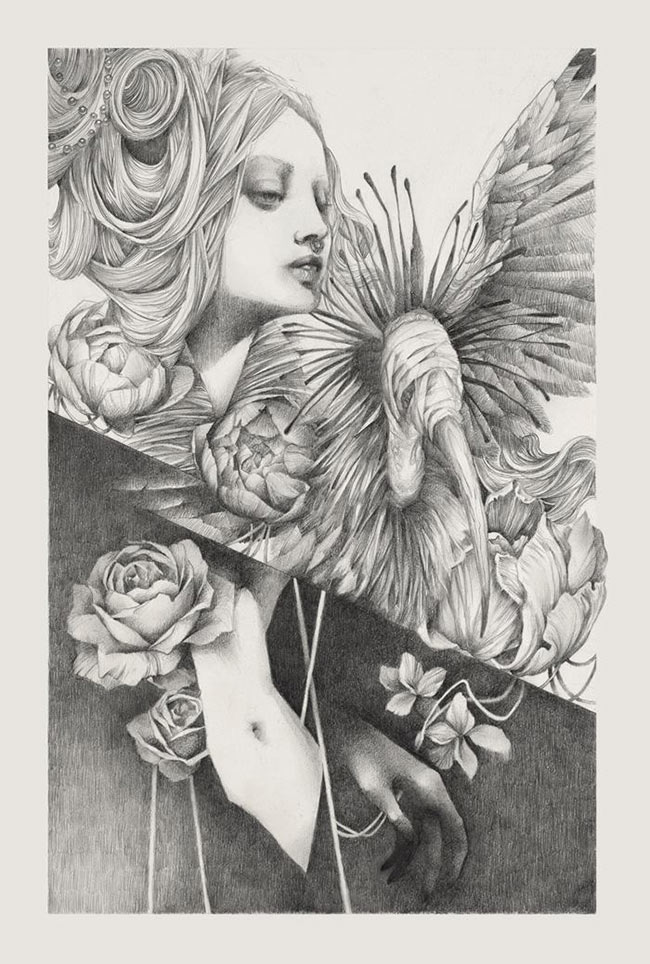 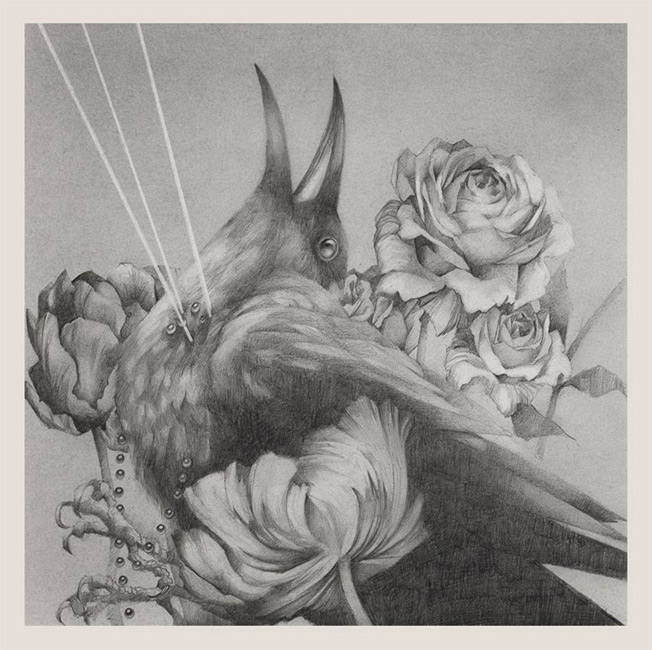 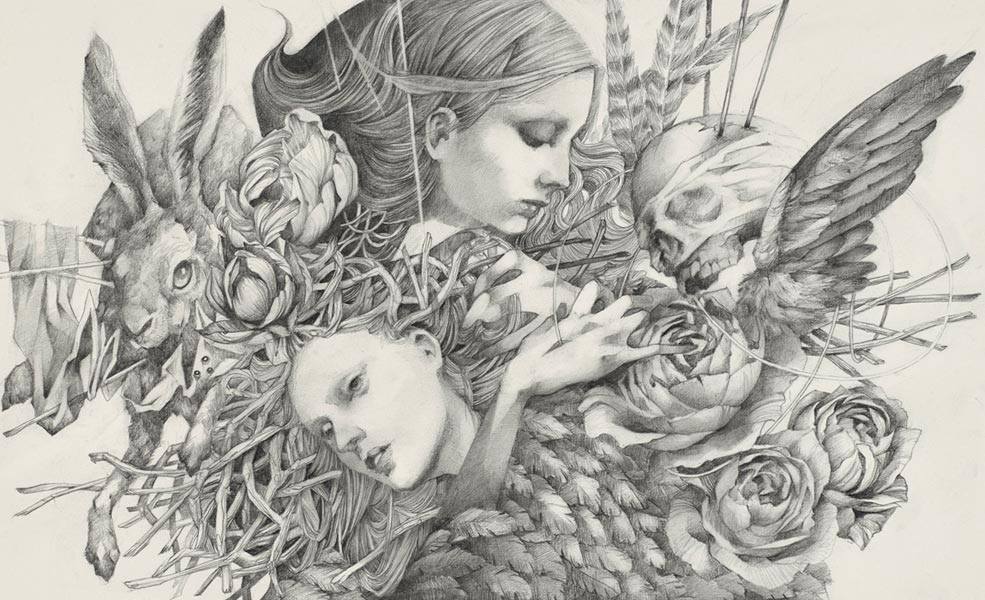 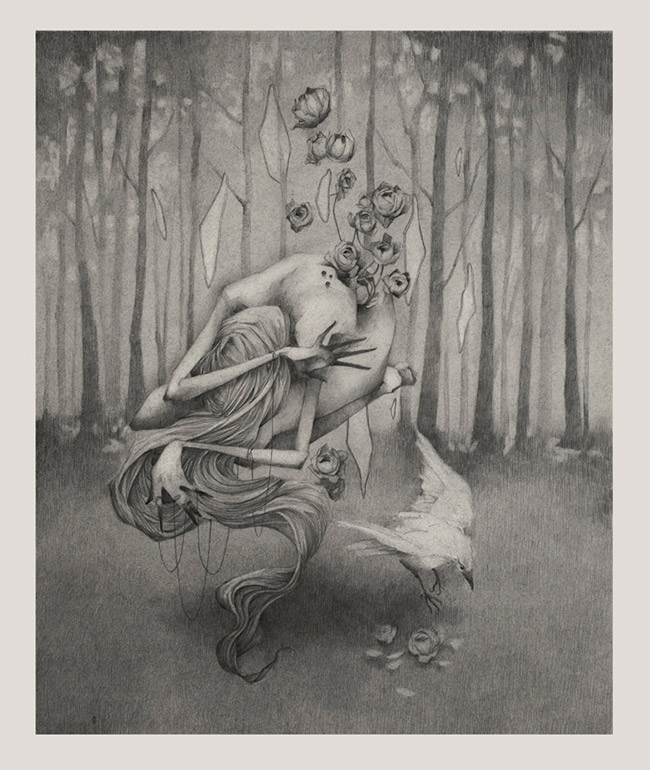 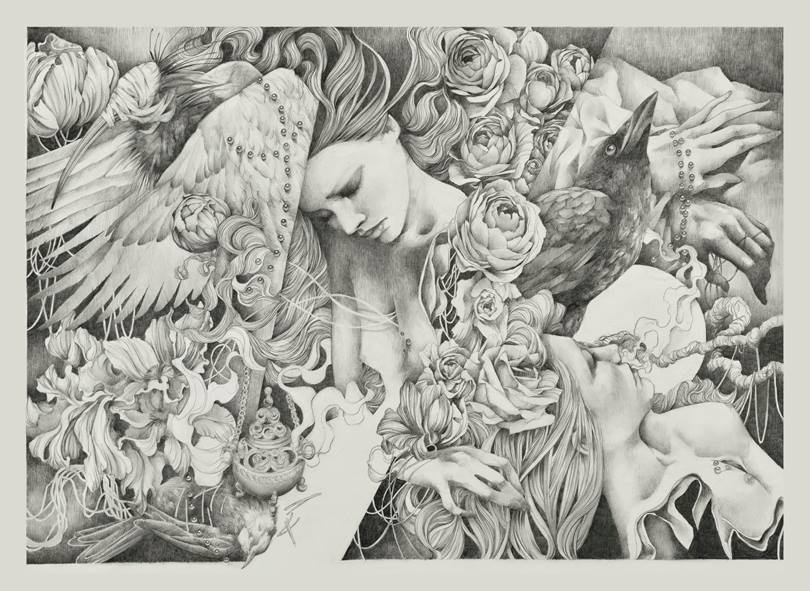 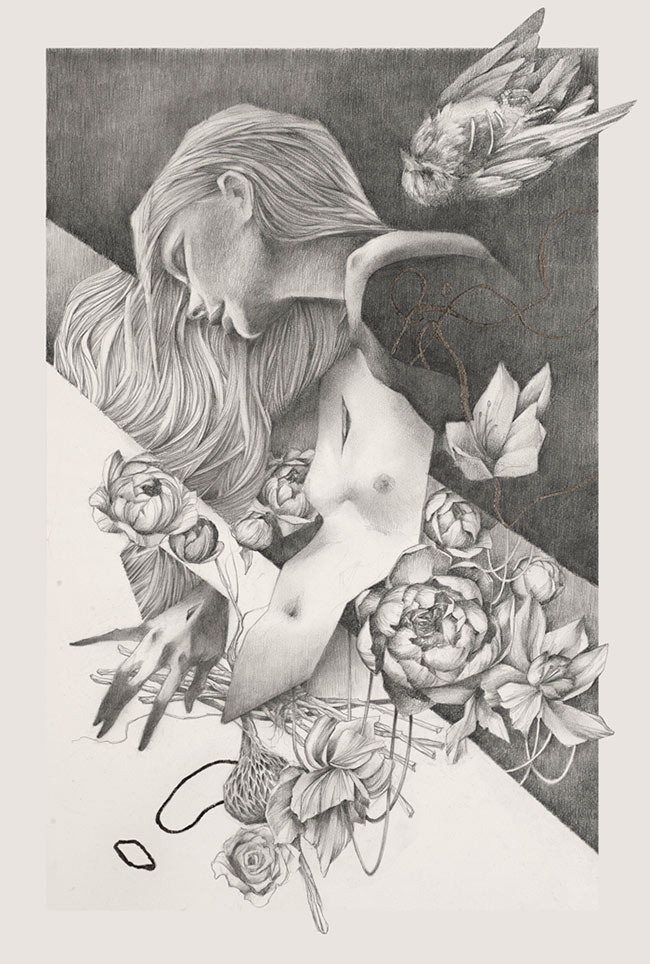