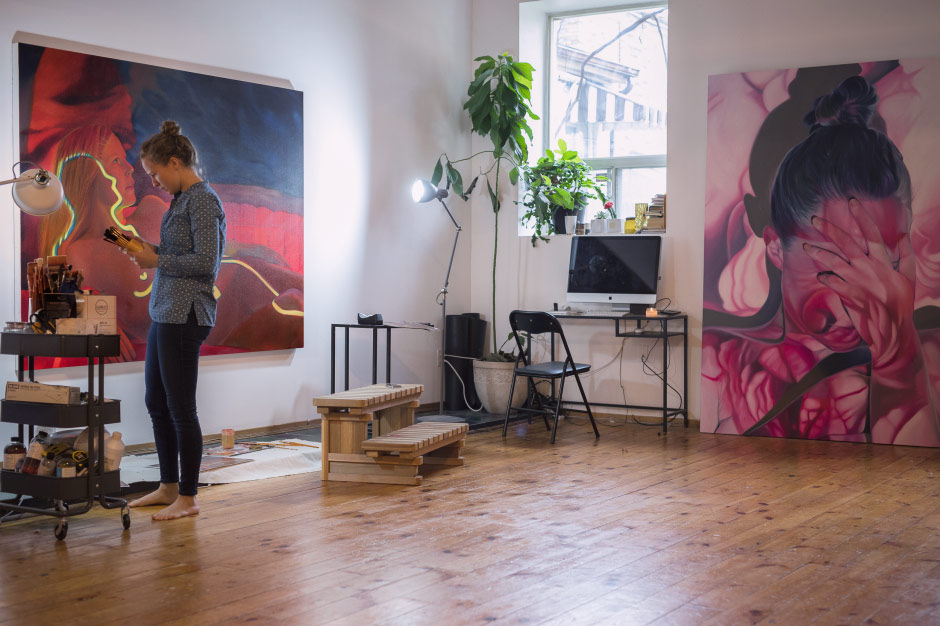 ‘What is the Female Gaze Even?’ by Jen Mann

I’m unaccustomed to writing about topics and much more familiar with addressing an audience with images, and maybe a one liner. Although I love words, formal writing is unfamiliar to me, so bear with my disjointed scatter-brained and very opinion based piece.

My work, if you are unfamiliar, is an attempt at rationalizing some idea of identity in a modern digital age, and speaks to relationships, self, and technology as general topics. I typically use visual puns and humour as ways of talking about sometimes deeper, painful issues.

I think what I want to talk about specifically here, is something I think is of real relevance right now. Female identity, and the female gaze. I don’t really know how to jump right into this huge topic and I will inevitably miss things that I want to include, but alas, here goes…

I grew up only having brothers, and my one brother who was a year older than me, was my closest friend through most of my childhood. I didn’t have many female friends, I dressed like a tom boy and played sports. Needless to say, I didn’t really identify much as a ‘girl’, or what I was brought up to think of as ‘girly’ by society’s standards. I didn’t like dresses or the colour pink, because of the way they made me feel silly, or precious. So I was shocked, when, after finishing university and finally looking at my body of work, I realized most of what I was painting was pink, and very girly. I addressed over and over my identity as being female. I didn’t like the word feminist, because of the connotations that people put on that word. But I was fiercely feminist. I’ve never really felt like I identified with that popular culture version of femininity, and always idolized men and my male relationships and friendships. I realized I didn’t take women as seriously as men, and had many of the same stereotypes about them that the media portrayed. It’s weird coming to the realization that you systematically have learned to think of yourself as worse, or worth less than someone else. Self-hate, self-disrespect.

The first time I noticed being treated differently to my male peers was when I entered the art world. Comments people have made actually blew me away. “You’re a pretty blonde girl, why do you make sad paintings?” or “Well, you’re lucky you’re pretty, you can paint yourself.” Why is it that female looks matter so much to people? If I were an ‘unattractive’ woman, I would be painting the same things and if I were a man, no one would ever say that to me. My paintings have very little to do with the ‘surface’ and much more to do with the undertones and ‘substance’. Though my work is realistic, the paintings are not about the technique of realism, or the physical surface, or beauty of the painting, but rather the ideas within the paintings.

I think the first compliments I can ever remember are based on looks. Women hear, “you’re pretty” far before they hear, “you’re smart”, because it’s thought of as a higher compliment. I liked being liked and told I was pretty, so I thought it was part of my identity, and thought about looks as being important in some way to getting people to like me. This is the male gaze, but through my own eyes. “How do I look to him?” My sense of self-worth was hinged on this general idea that I was valuable for looking desirable to the general ‘him’. I was writing a short story about my life and realized that I’d written myself in as the love interest to the leading man… not the main character. Because the ‘ideal’ woman, is the support character to the leading man. What is the female gaze if it is no longer female at all?

The problem is so deep, that it can go completely un-noticed. You don’t even know you’re disrespecting yourself or women. People think they can cat call at a girl “looking fine!” and because they’re saying something nice, it can’t be offensive. “You’re a pretty blonde girl, why do you make sad paintings” – a.k.a. “You’re pretty and blonde, so you can’t possibly understand anything sad or existential, because to me, you are surface deep. But I called you pretty, so you can’t be offended.” I think the first step to change is actually, and I mean actually seeing and acknowledging that we see and treat women differently, before any change can happen. I know we keep making progress, I hope that if I have daughters one day, they value themselves for so much more than their appearance, and they can be the main character in the self-narrated story of their lives.

‘The Self Practice’ film by Cameron Bryson 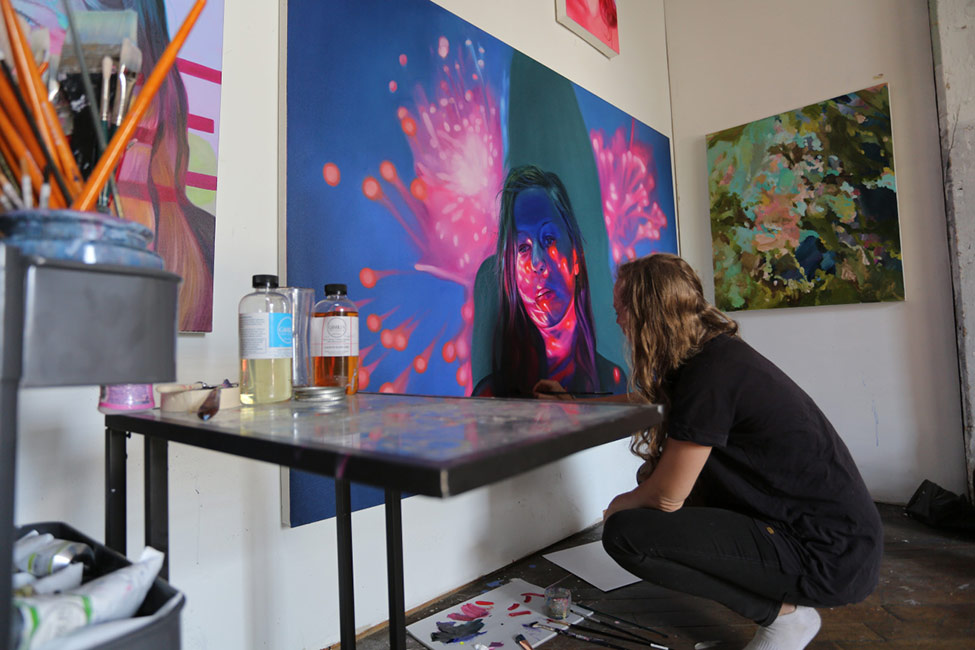 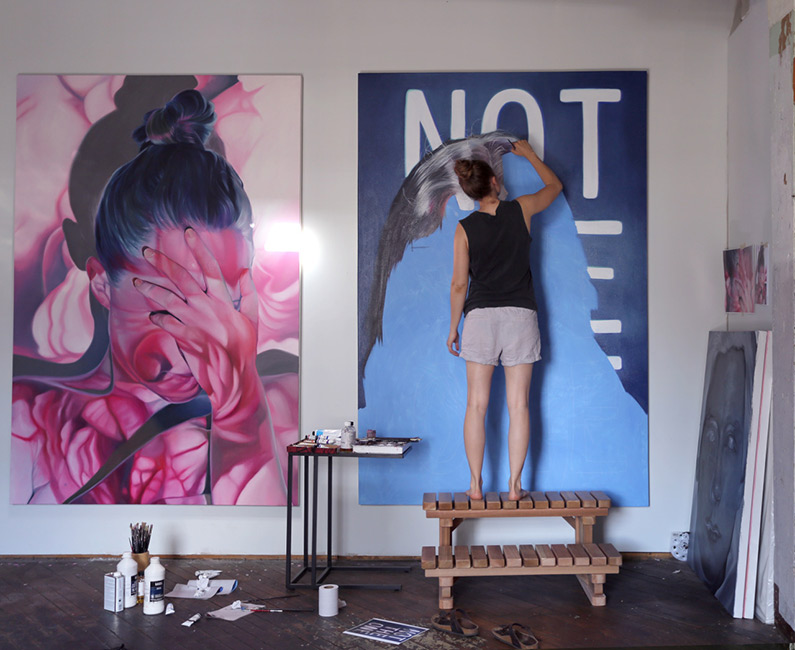 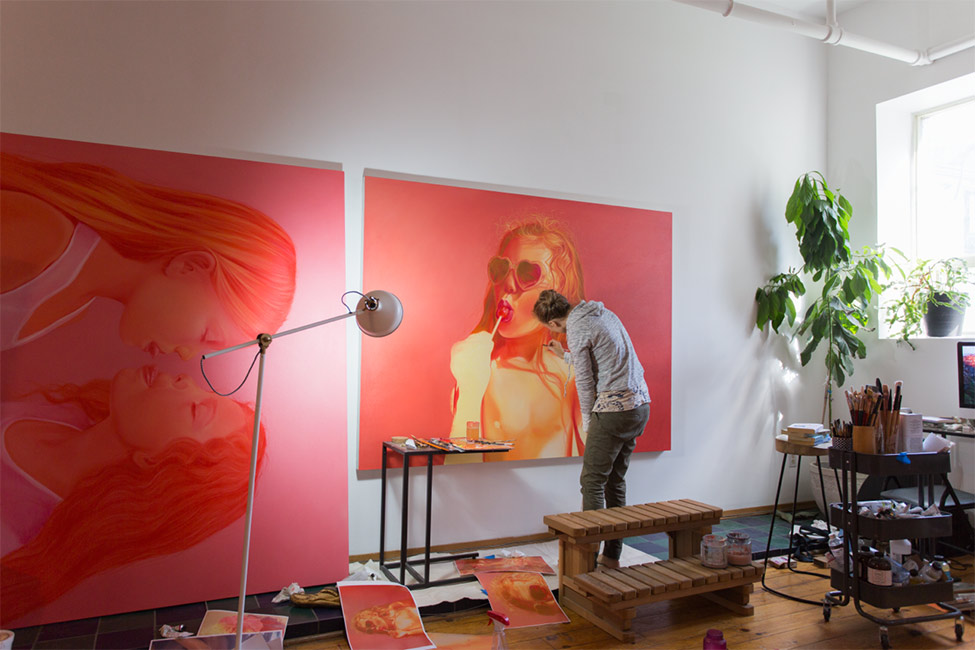 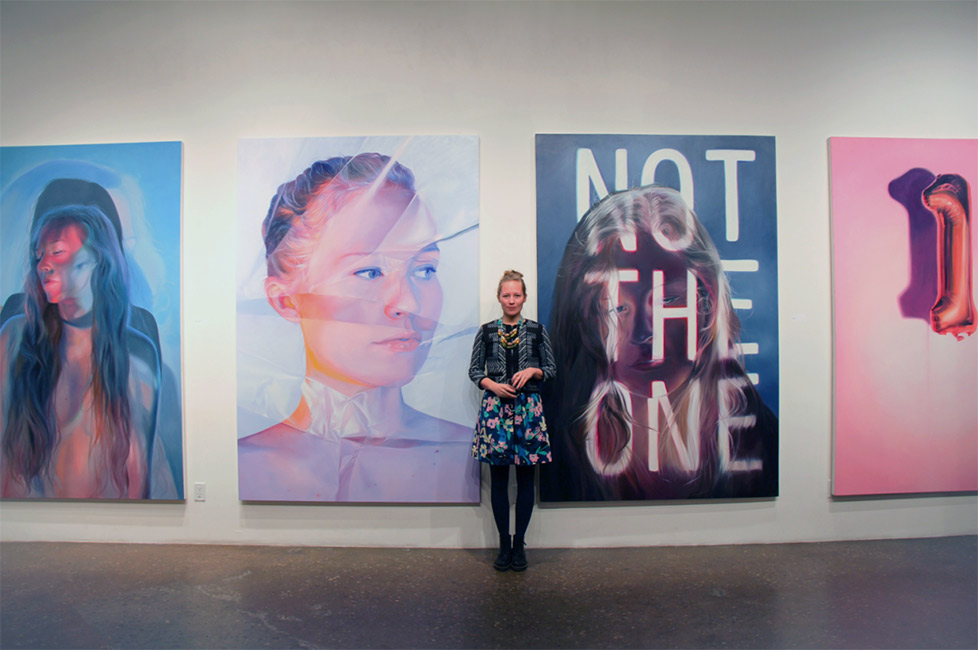 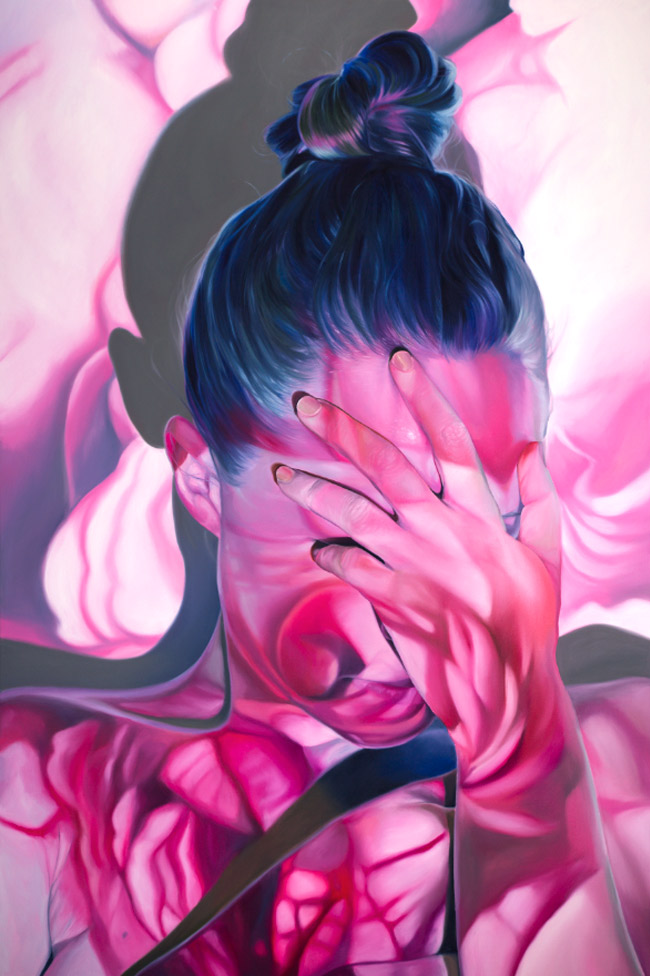 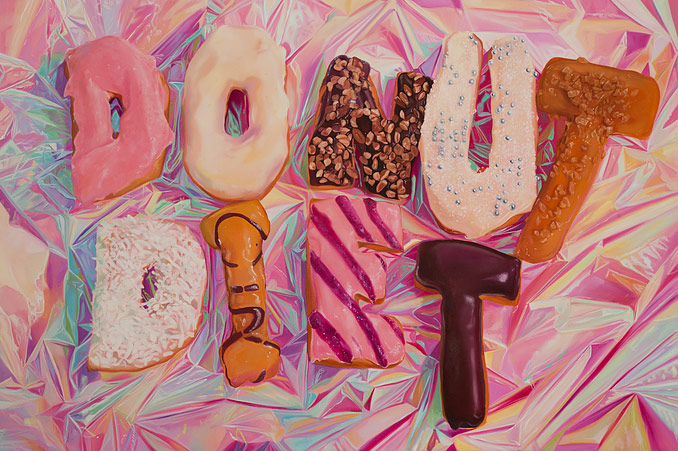 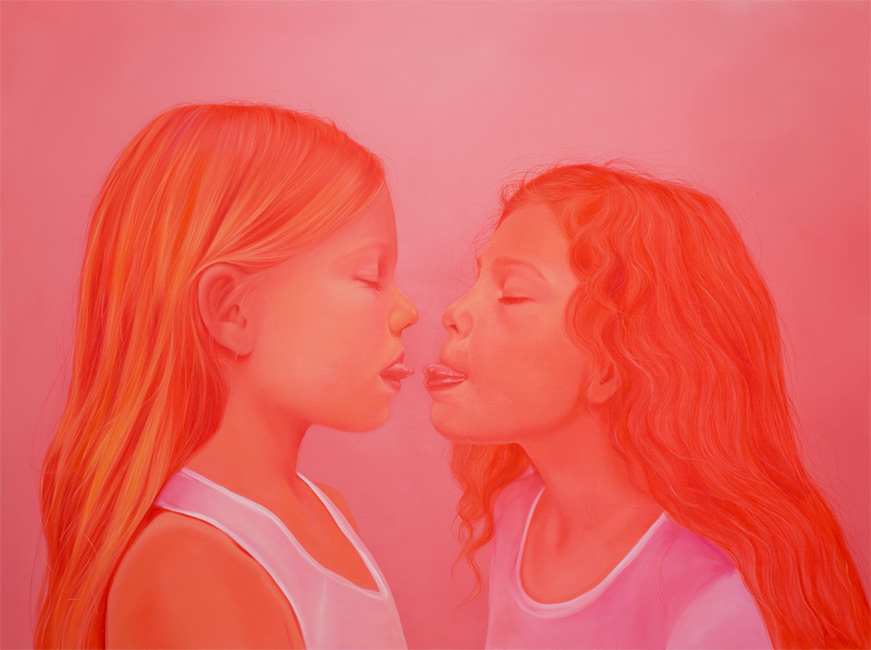 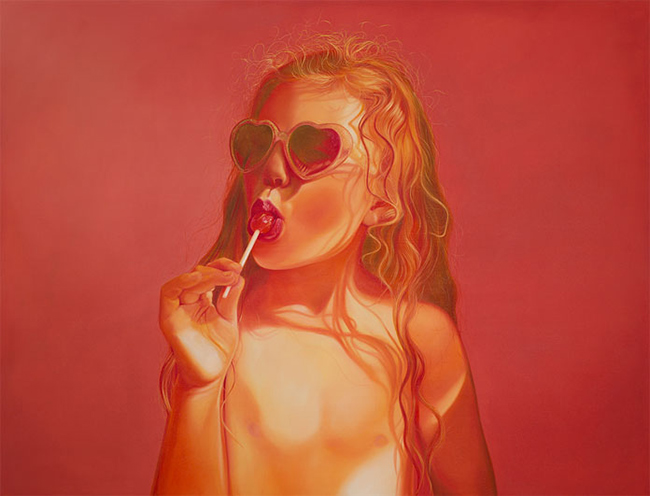 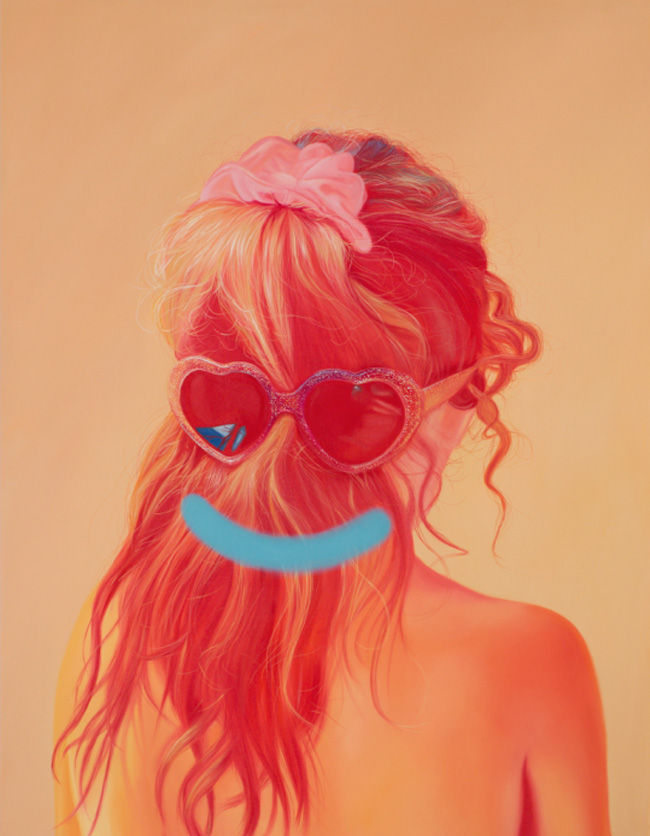 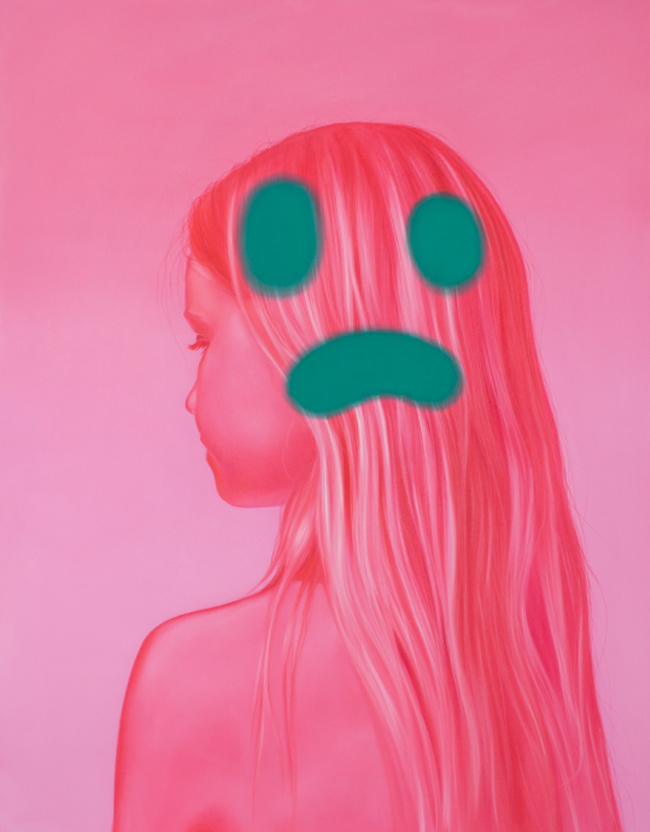