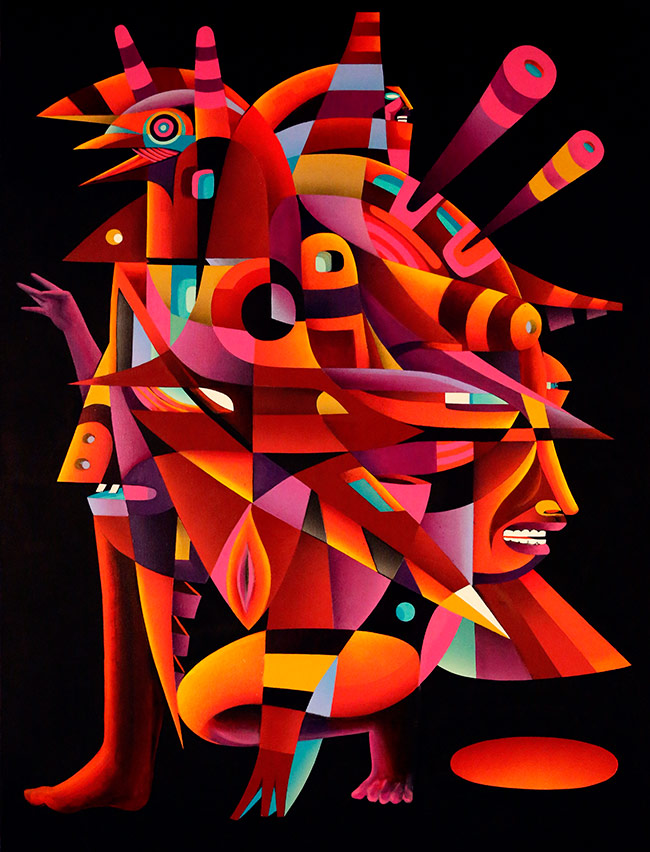 Doze Green was born in 1964 in New York City, and by the 1970’s was a hip hop pioneer. As member of the legendary Rock Steady Crew (the group that pioneered breakdancing, also known as B-boying) the subway-tagging graffiti artist often participated in breakdance performances at SoHo and Lower East Side galleries. Moving from walls to canvas, Green’s recent paintings, influenced by the art of the Edo Period in Japan and created with gesso and sumi ink, incorporate his signature style of figurative abstraction and use of letterforms, while at the same time posing metaphysical questions about the nature of narrative, the physics of time, and the possibility of immortality. He calls them ‘biological entities; a swarm of arrows coming in from infinite perspective’.

“Fuck the art world. We don’t need them to validate us. We never needed them. And guess what? I lived through the 80’s and saw my boys die from AIDS and drugs trying to fit into the all self important SoHo aristocracy, getting ass-popped and popping pins into their arms to calm the pain of humiliation their art system bestowed upon them. They used the graf writer, the bohemian, the poet (viva Rene Ricard!). We don’t need them. We never needed them. When you understand that and you stop trying to chase galleries, you understand that you hold the power. The system needs us. We don’t need the system. If it’s speaking from the heart, it’s always going to be true.” – Doze Green (in conversation with David Ellis) 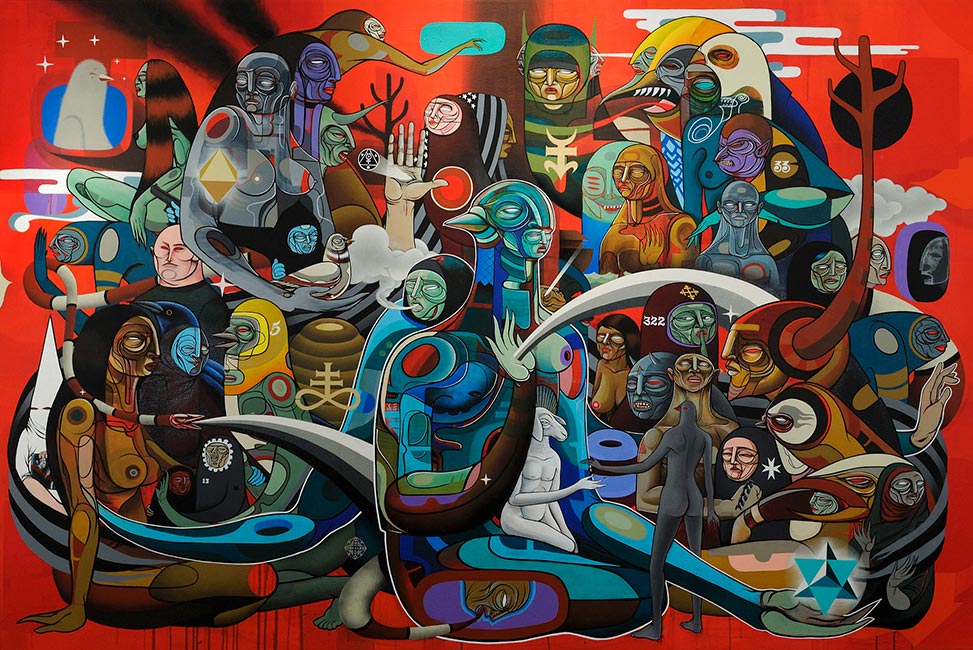 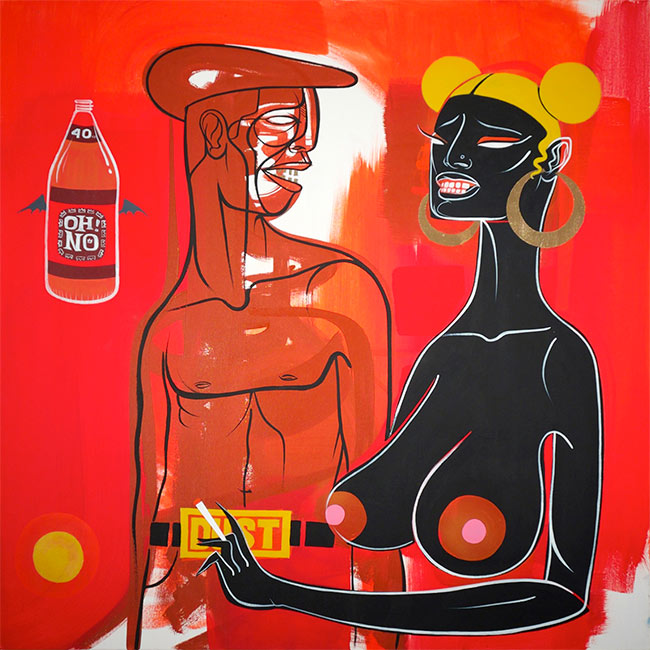 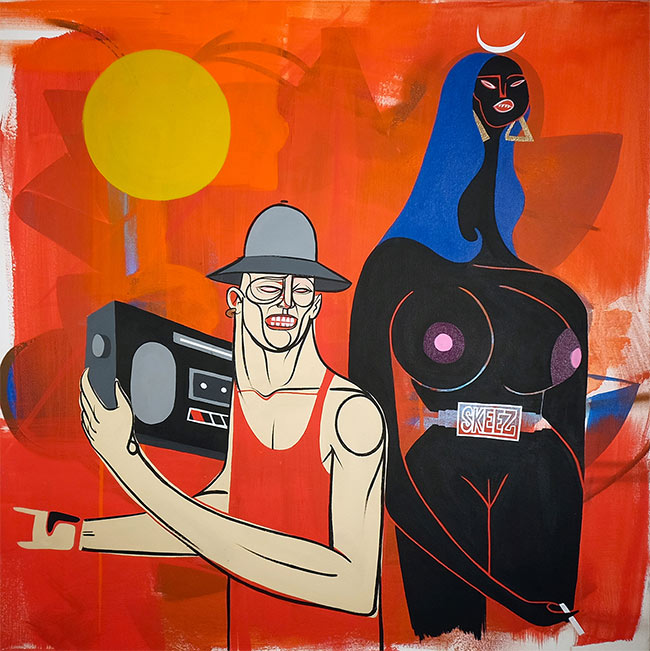 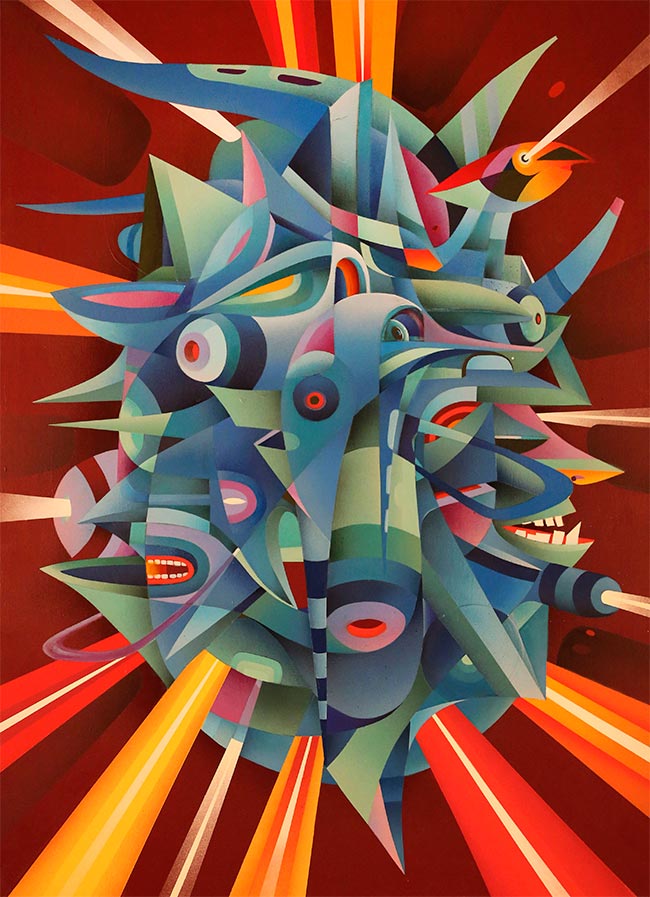 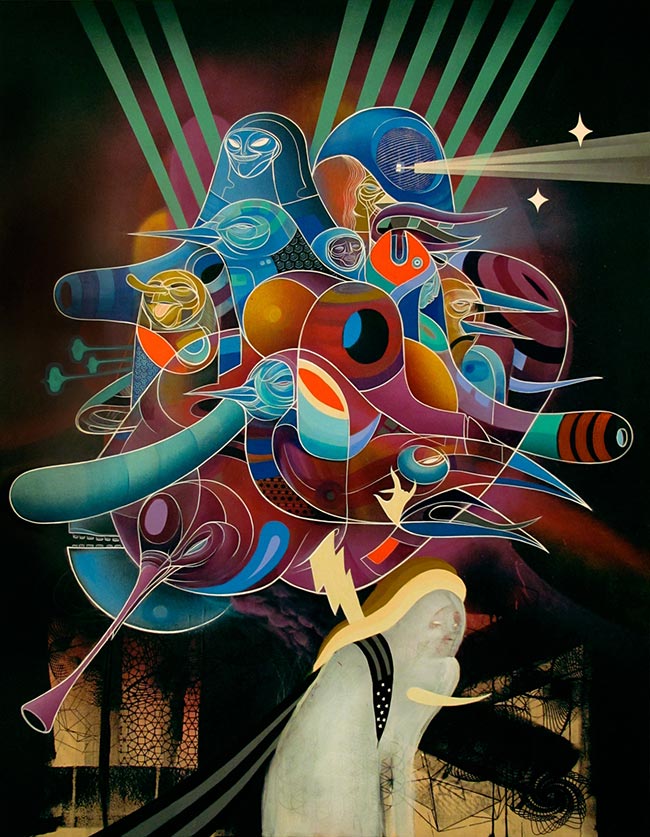 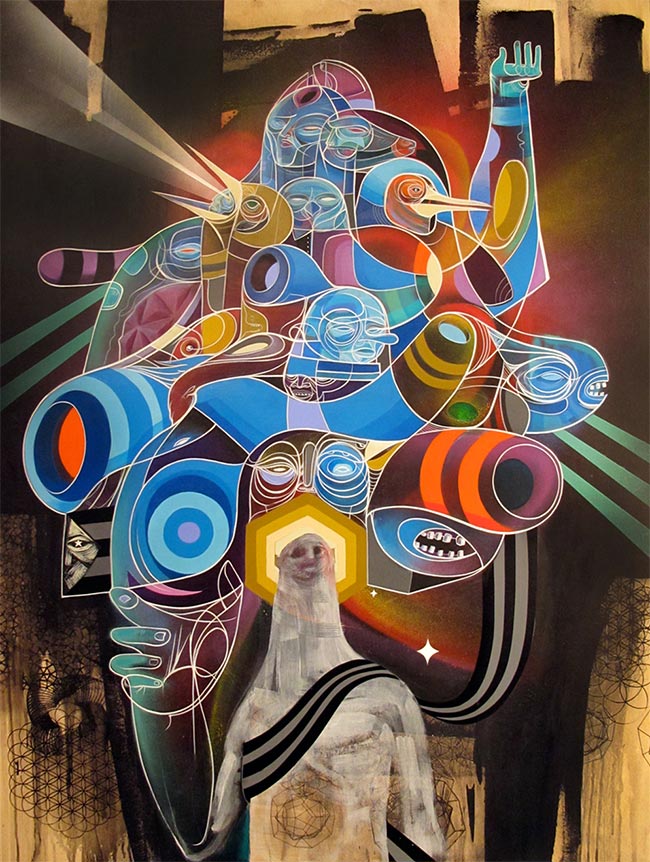 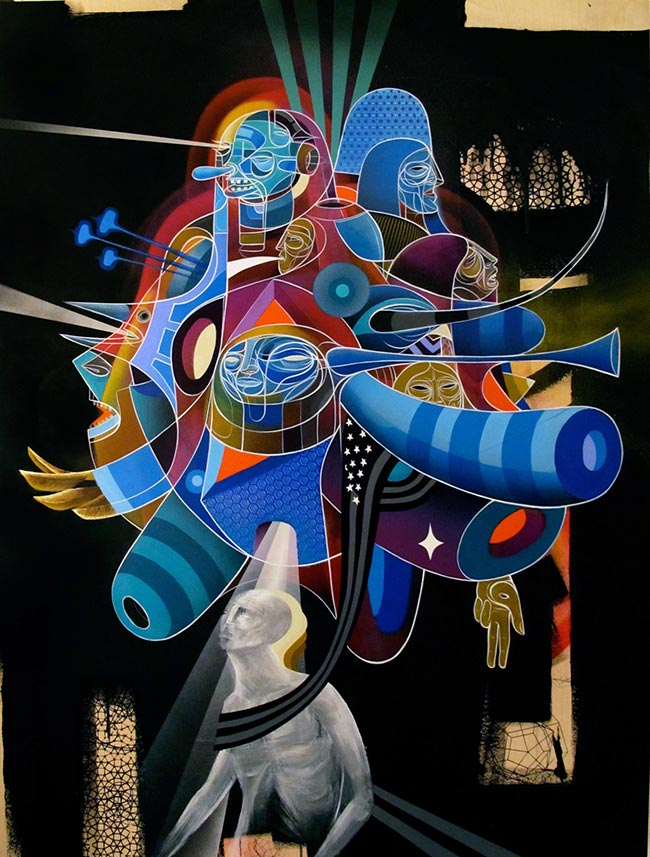 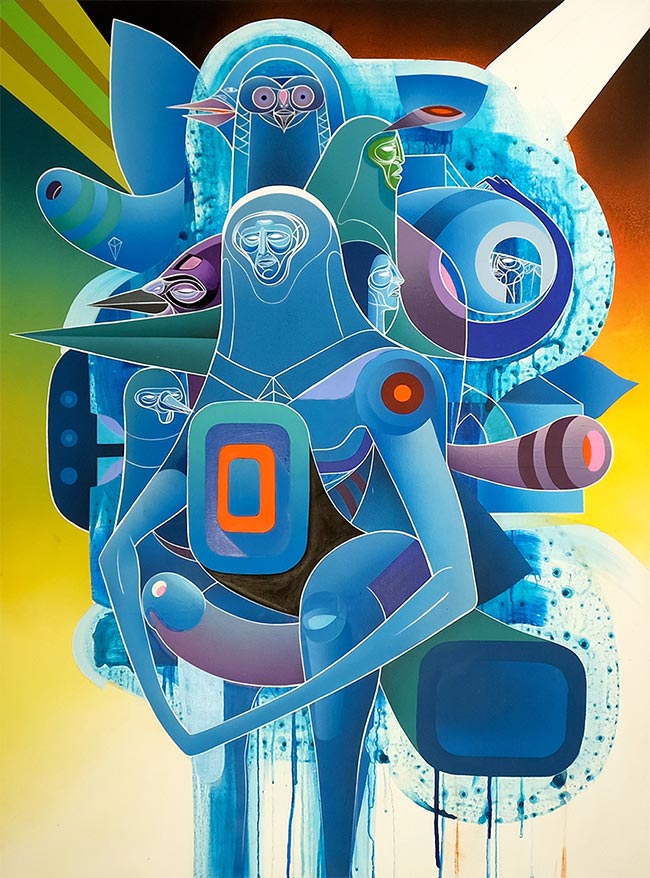 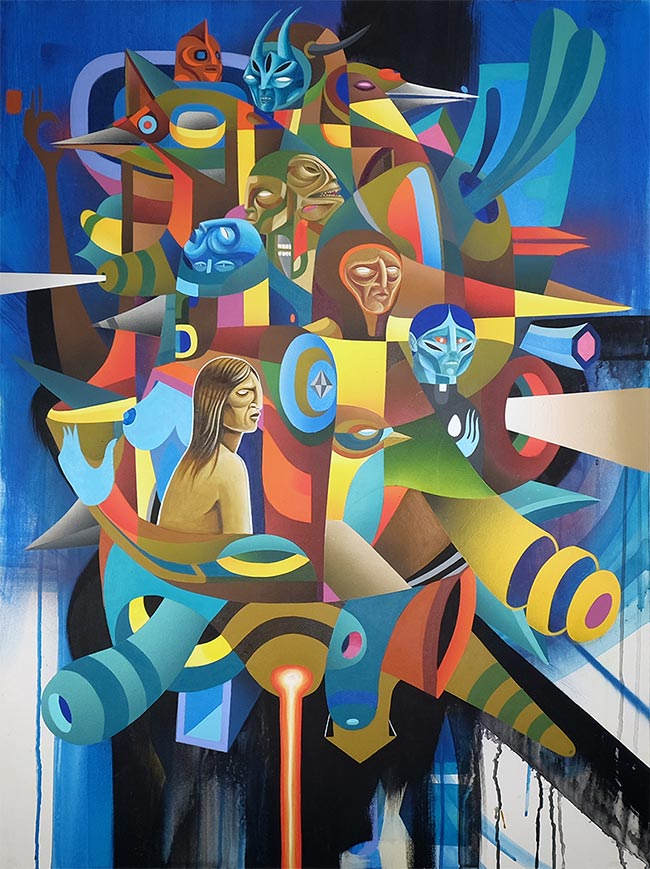 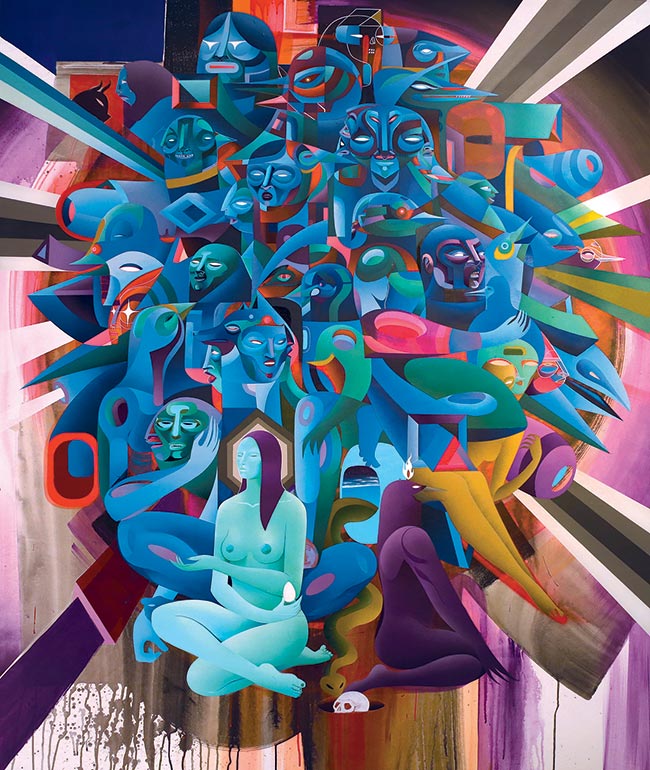 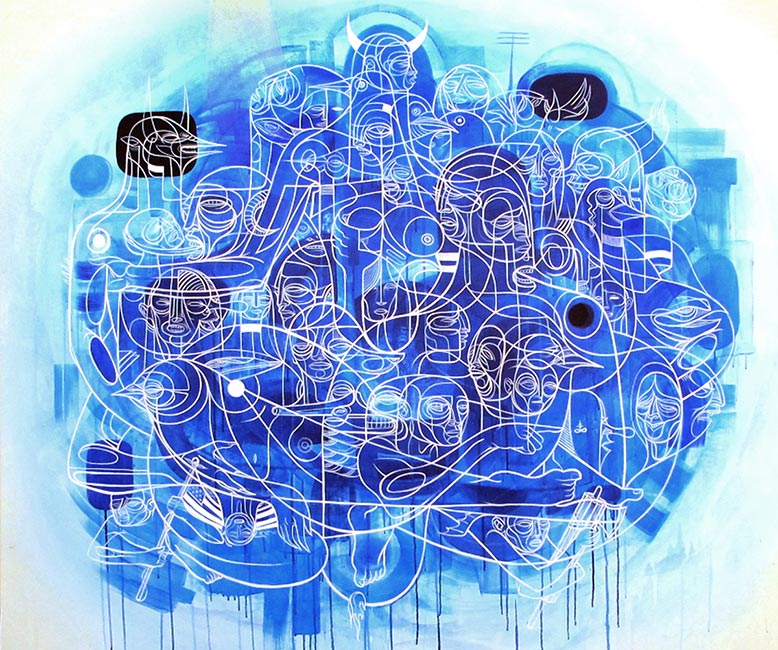 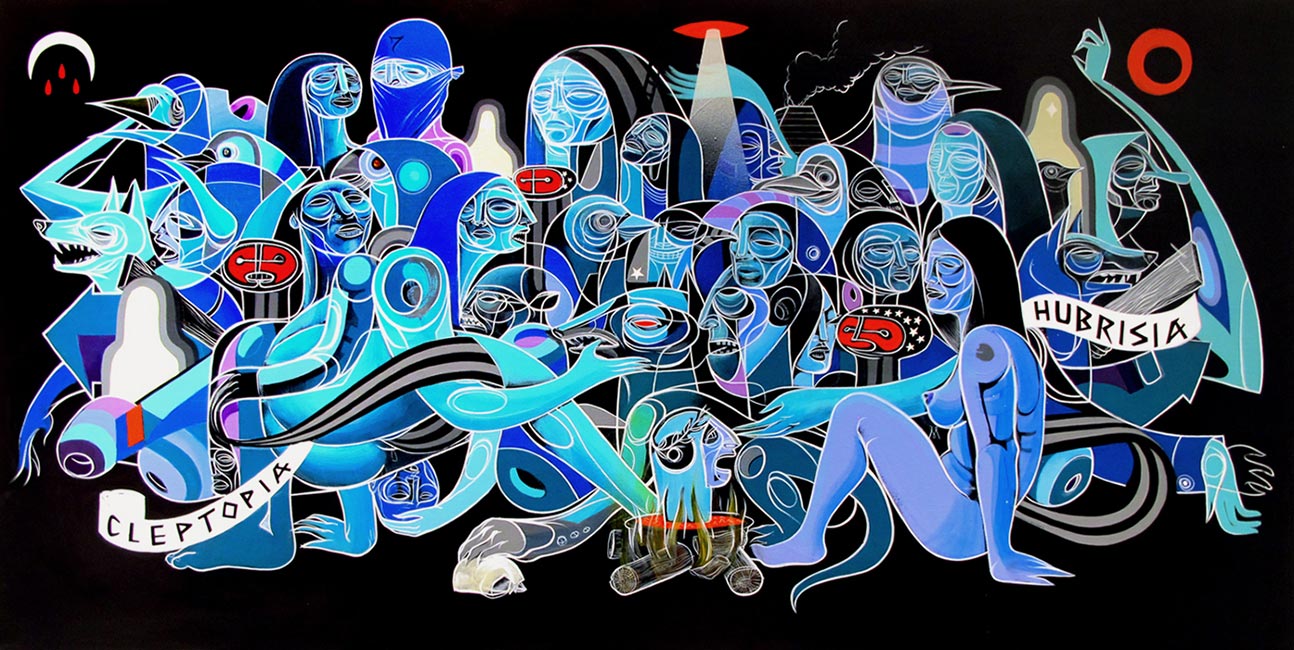 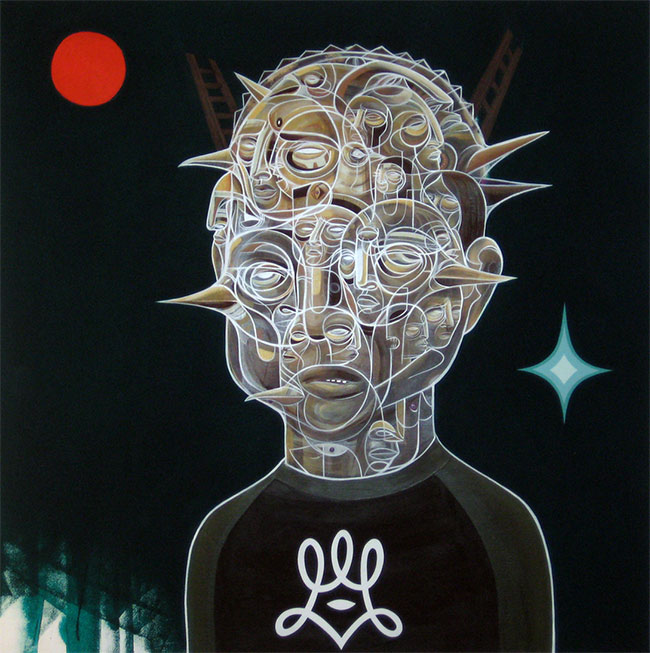