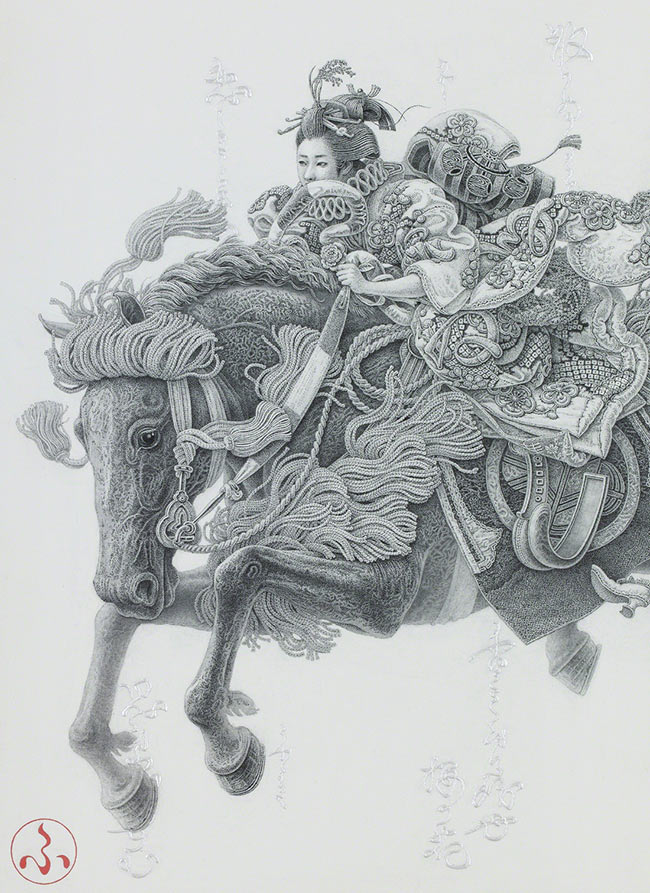 Futaro Mitsuki was born in Tokyo in 1970 and in 1998 he graduated from Tokyo National University of Fine Arts and Music. He currently lives and works near Tokyo in his private studio. Mitsuki blends ink, acrylics and pencil utilizing pointillism and mythology to carefully craft hyper-detailed monochrome drawings and colorful paintings. He draws inspiration from traditional Japanese portraiture, combining a contemporary twist and merging Japanese culture with western influence.

“I create pencil drawings on white paper. I do not prepare a sketch. I draw a picture thinly with a pencil and strike a dot of ink. I use a drawing pen. Since the point is black and the size of the point is nearly constant, I draw it only with the density of the point. The difficult part is where you can draw the three-dimensional feeling and identify it with only the same black point. As the number of points increases, points and dots will be visible in the illusion of the eye. Adjust the placement of the points while coping with it; bring the picture closer to completion. The end of the work is mostly out of time at the deadline.” – Futaro Mitsuki (BL!SSS Magazine) 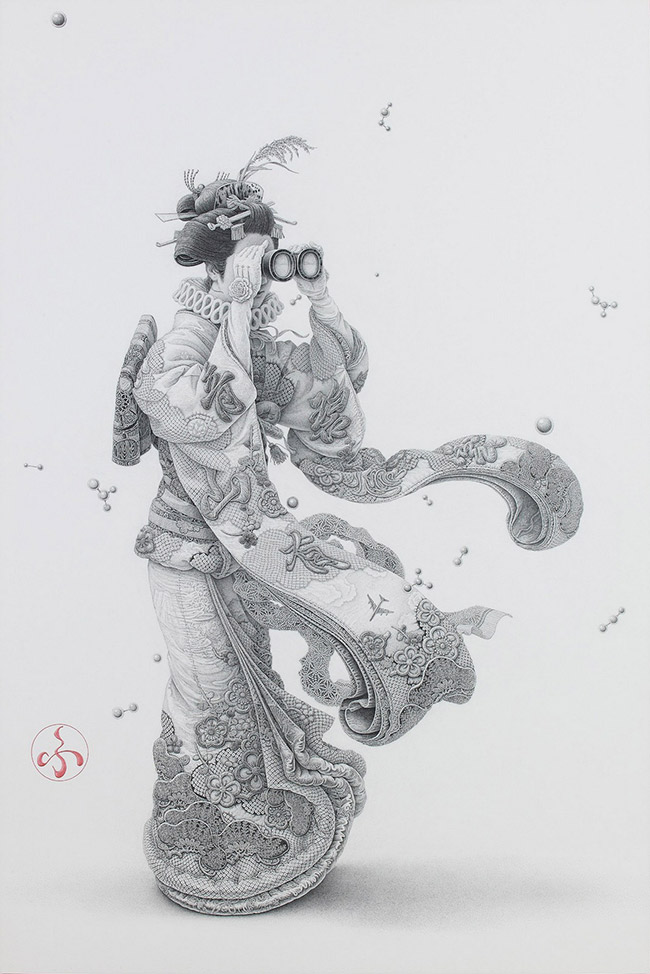 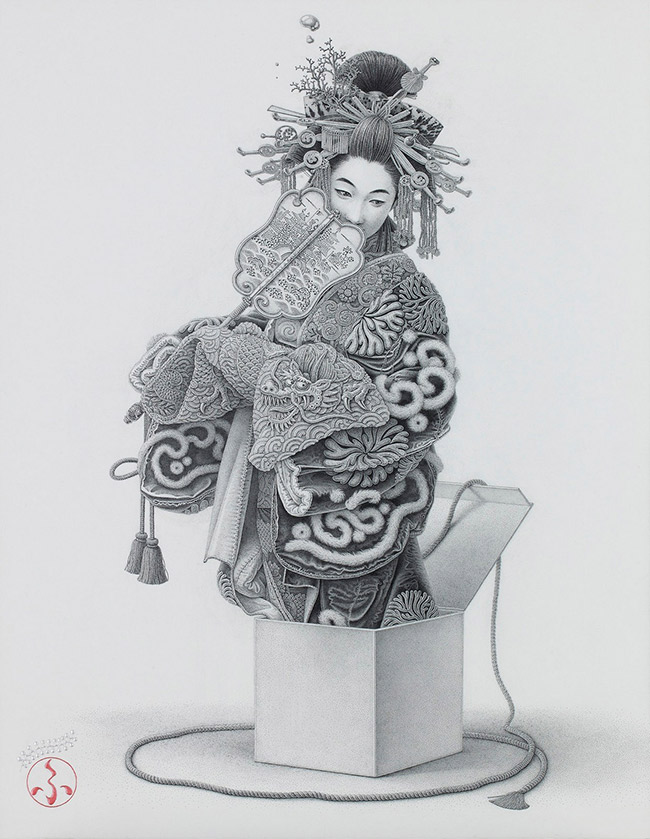 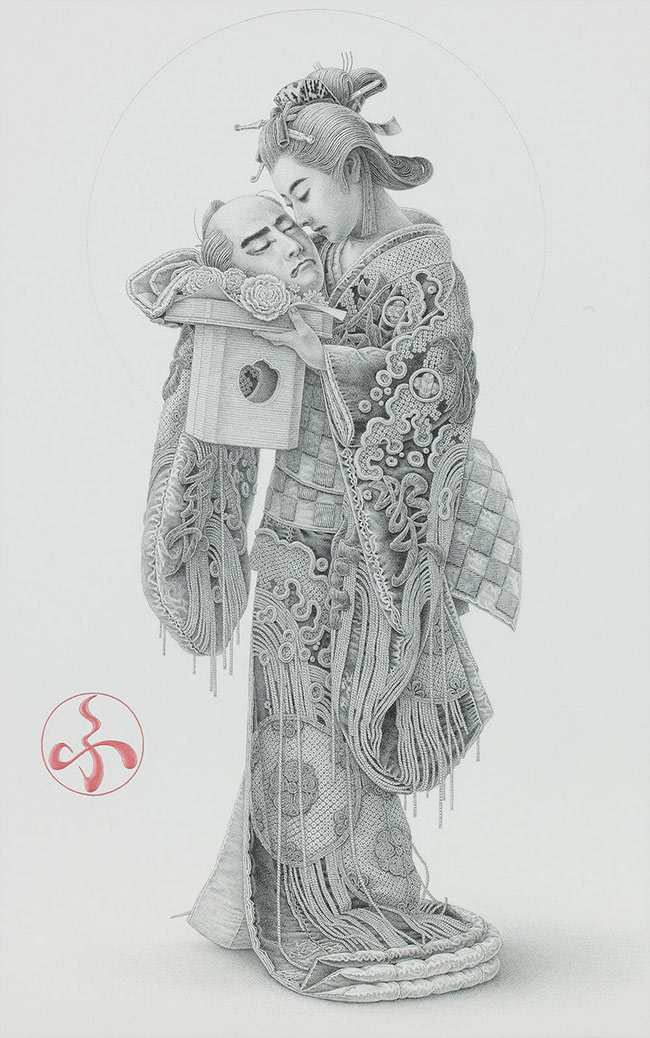 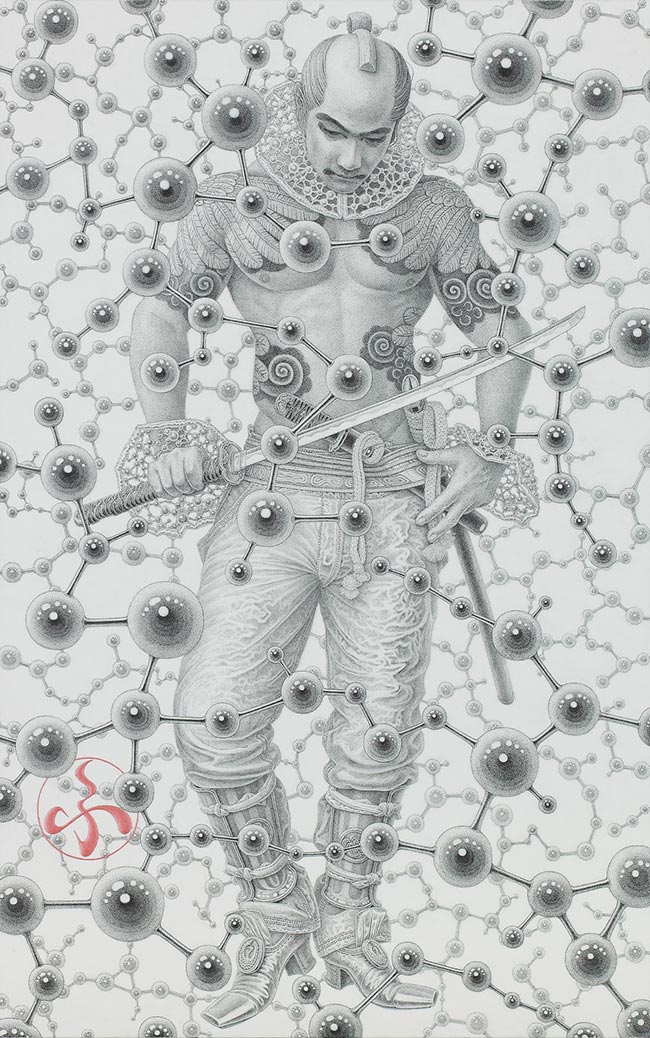 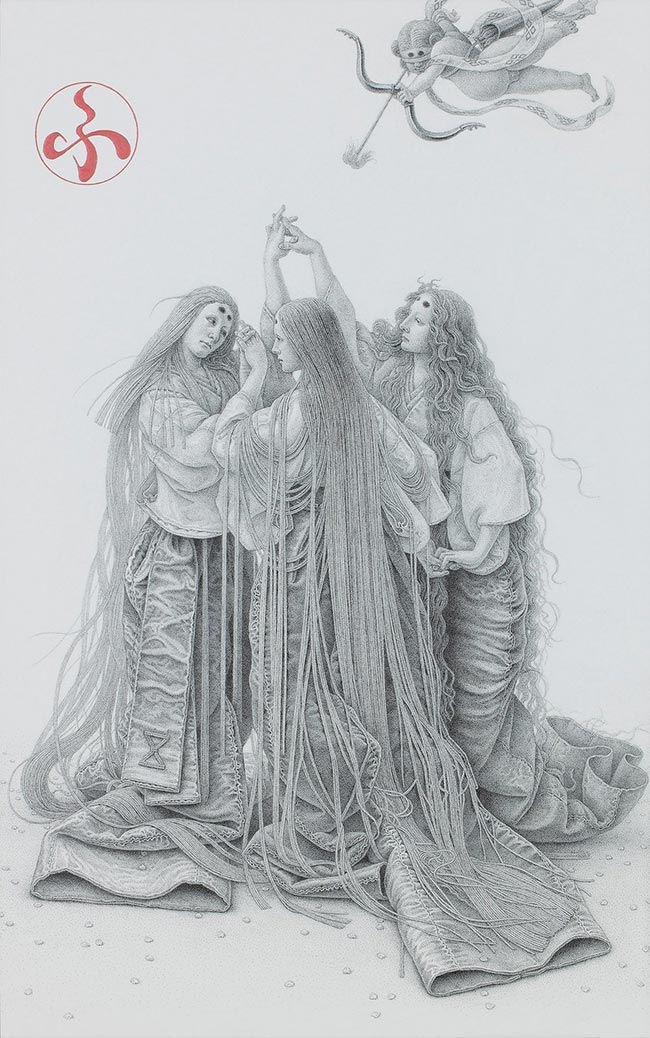 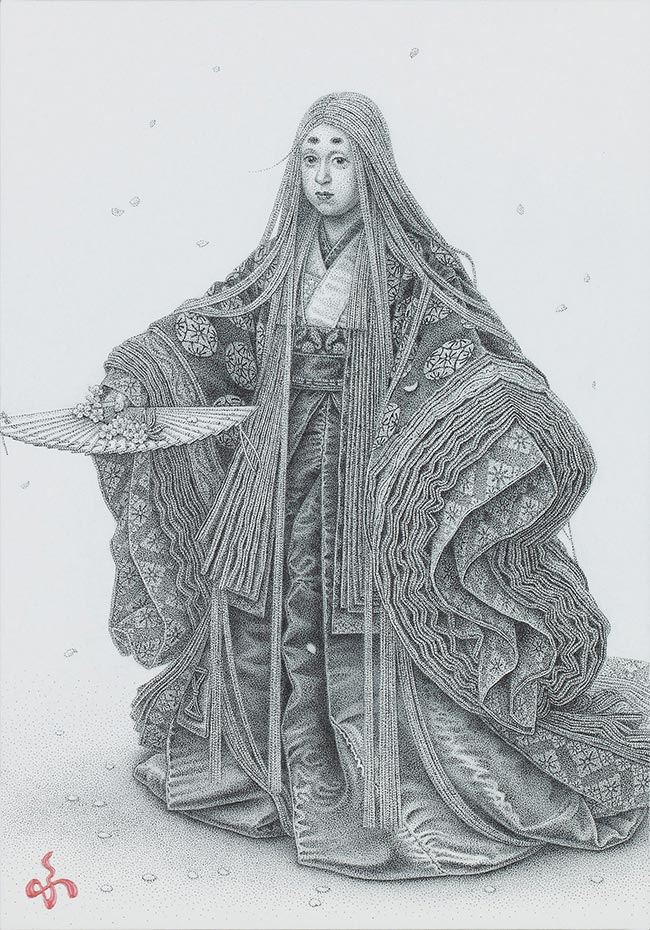 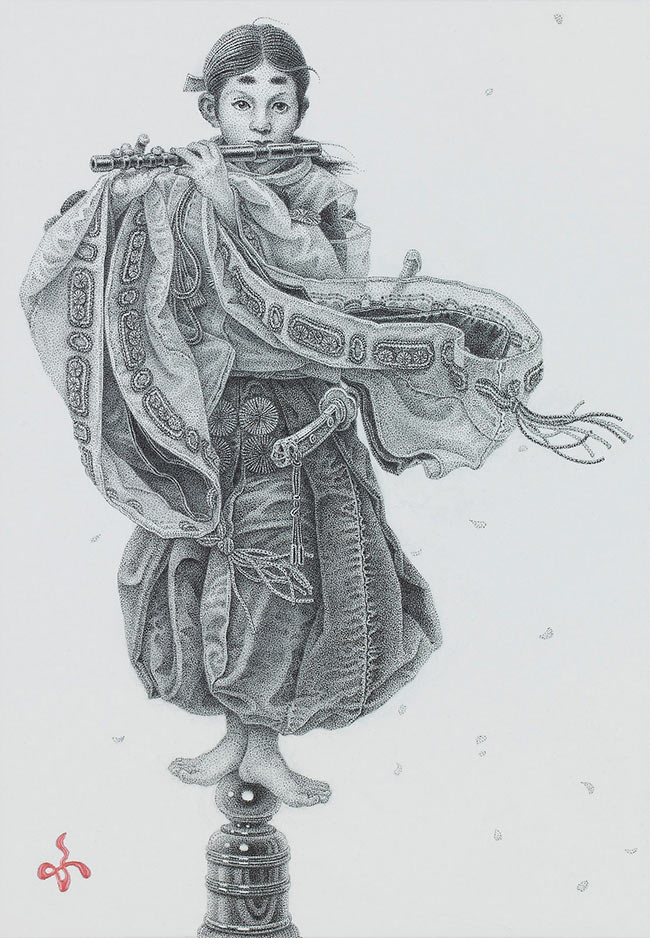 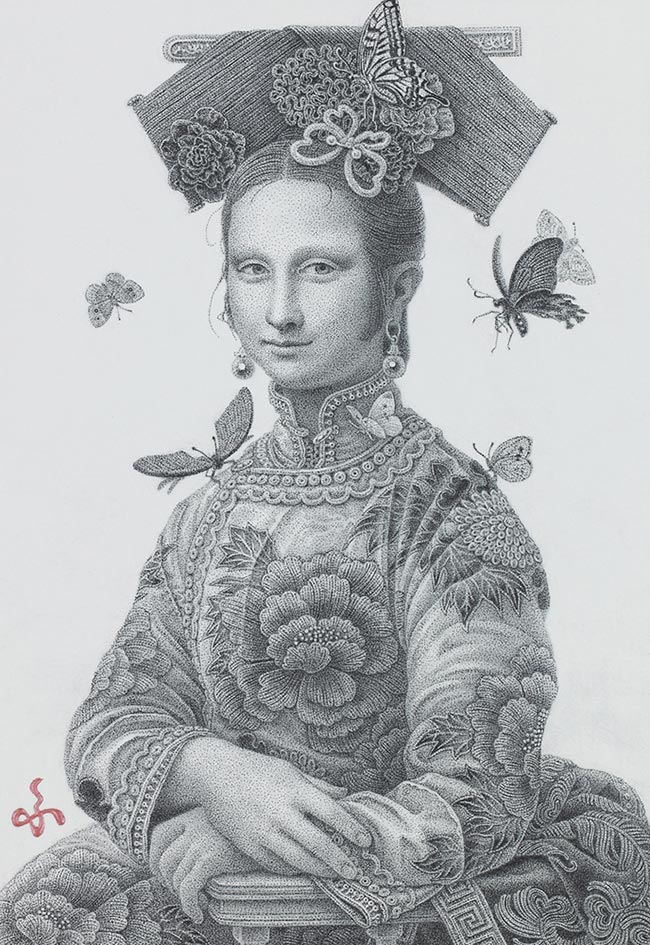 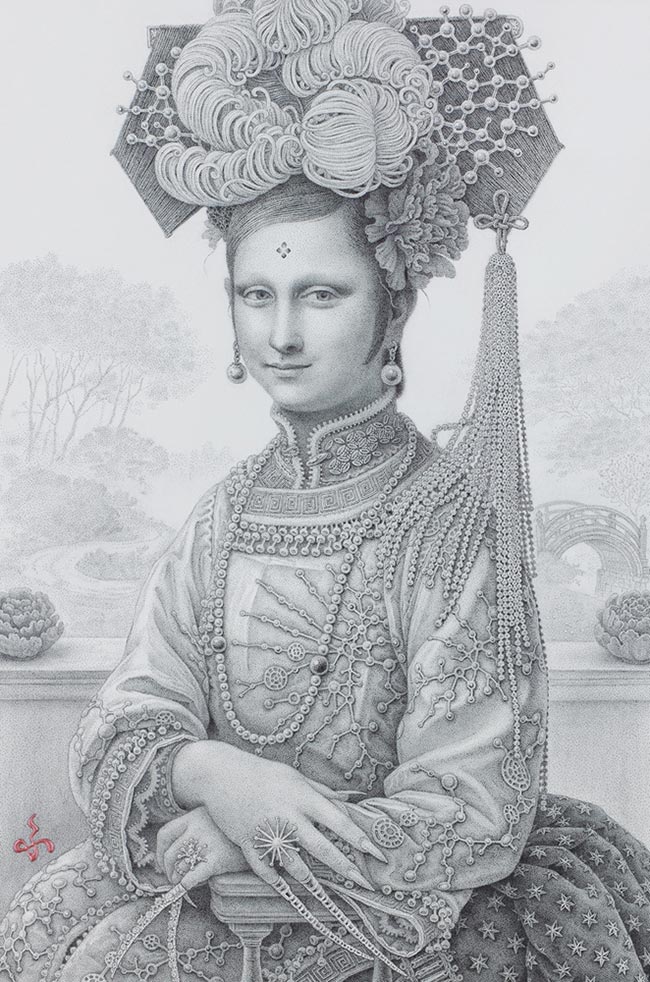 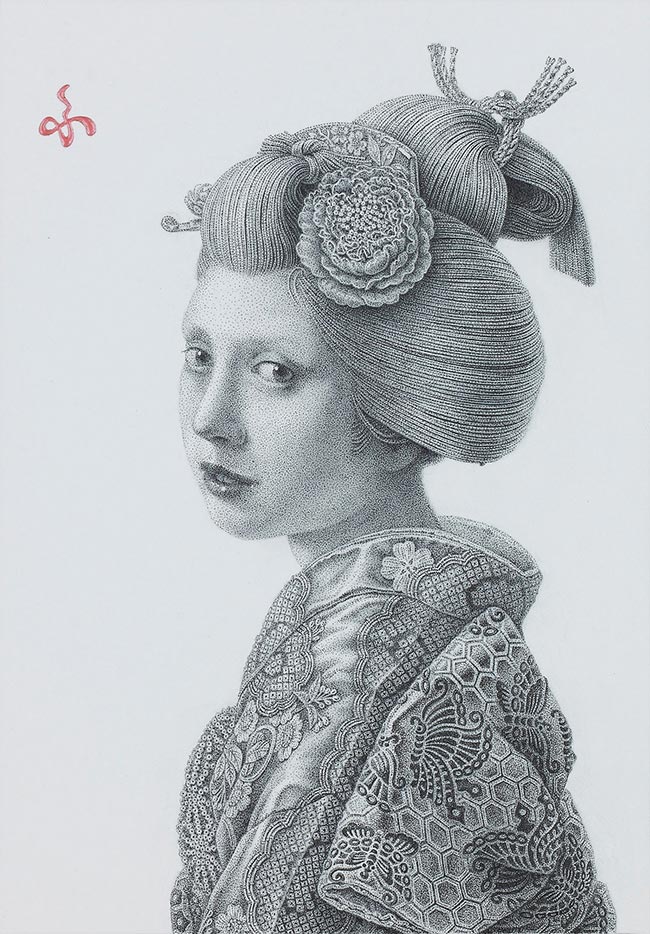 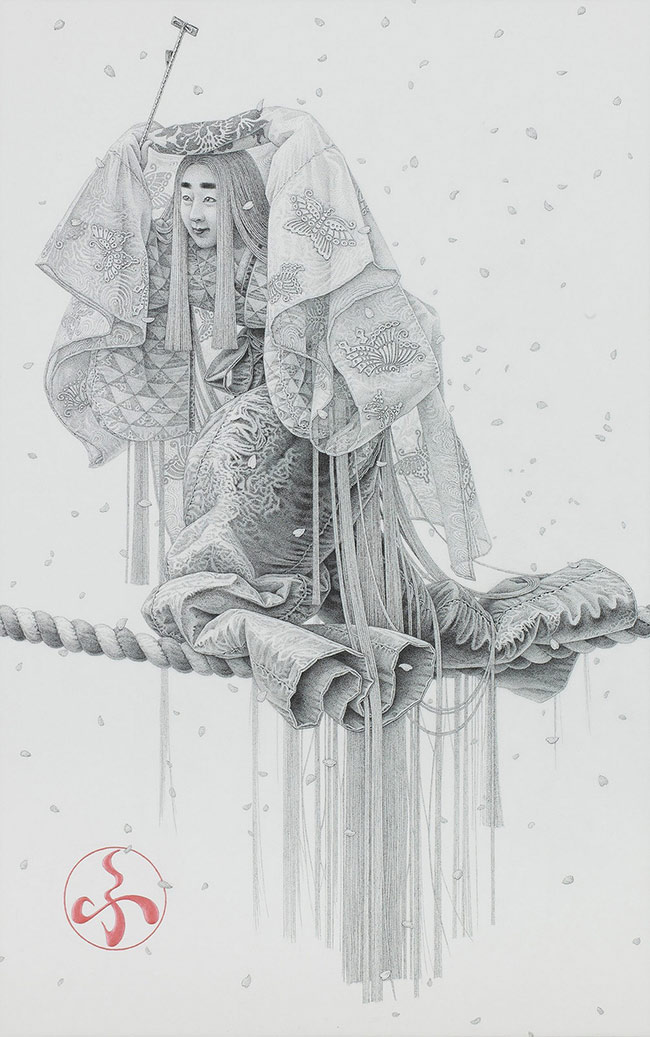 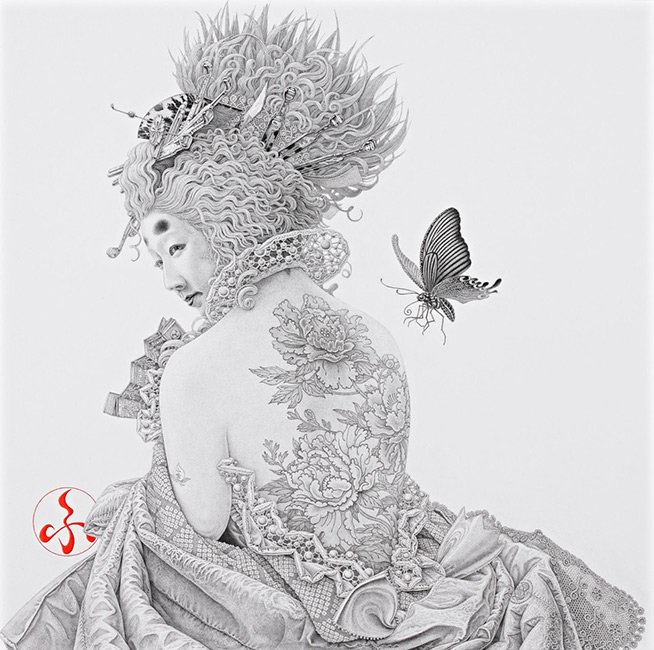