Born in 1986, in Sicily, exactly in Catania a baroque city par excellence. Tenia’s career starts as an illustrator/digital painter at the age of 25 years. This industrious man, art enthusiast since his childhood, is a self-taught illustrator who translates his overflowing imagination with the help of a drawing tablet and Photoshop.

Tenia tries to evoke and to transmit to the viewer that feeling of loss that we live today in this world of illusions, inclined to appear and transmit only what is easiest to emerge, not revealing the real moods that permeate and corrode the soul, where all are prisoners of an age that imposes constraints, which always end up showing fiction rather than reality. Tenia currently works as a freelance illustrator specialising in digital art, music artwork, commercial illustration, poster and apparel design.

The artist’s personal work starts with the desire to focus on the mortal condition of the human being, on the fragility and brevity of life that binds to the certainty of death, investigating the concept of “Memento mori”.

“Memento mori” is a famous expression in Latin whose meaning is “Remember that you have to die”. Since the Middle Ages, it has been a warning to reflect on the ephemeral condition of existence and on the transient nature of all earthly goods and pursuits, since death is not a point of arrival, but the beginning of true life, that otherworldly.

The Memento mori theme has always been linked to a series of iconographic symbols that the artist takes and reinterprets in his works to give life to a surreal and macabre world, immobile and timeless, in which the human figure is assigned the same role of still life. The end of life deserves to be captured and depicted, through serenely sad allegories, studded with an occult and intimate symbolism, in which the Black Reaper can be fixed in an instant.

The Memento mori which are at the base of the artist’s works thus become a means to reflect on the transience and provisional nature of the human condition, while at the same time constituting a sort of celebration to live fully in the awareness of one’s mortality. Tenia celebrates the fragility of the human being with the only certainty that even this fragility will end one day.

In a period of insecurity like today’s, we must treasure the few certainties that remain. And what certainty is safer than death?

The Art of Tenia on Behance 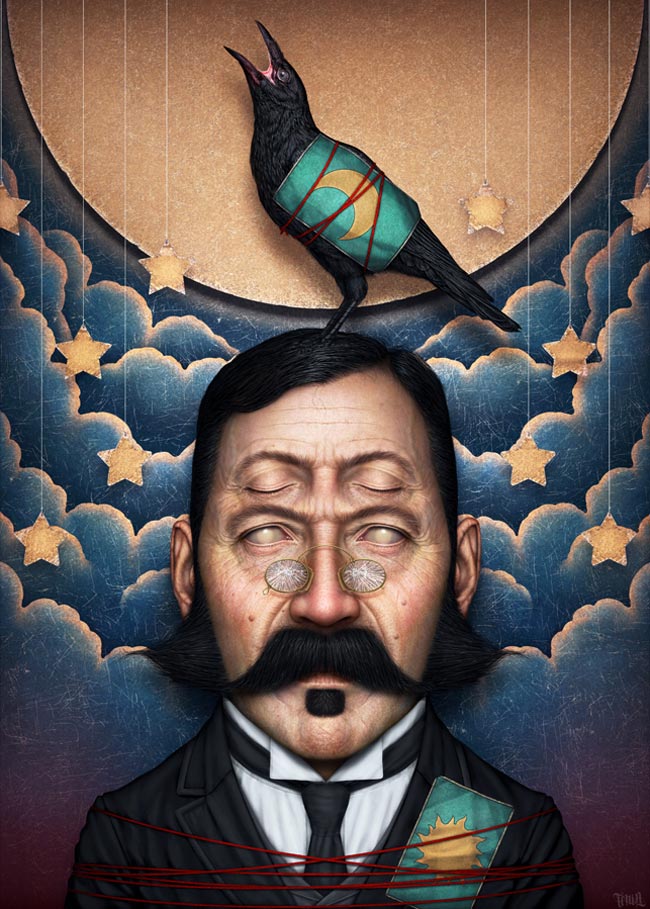 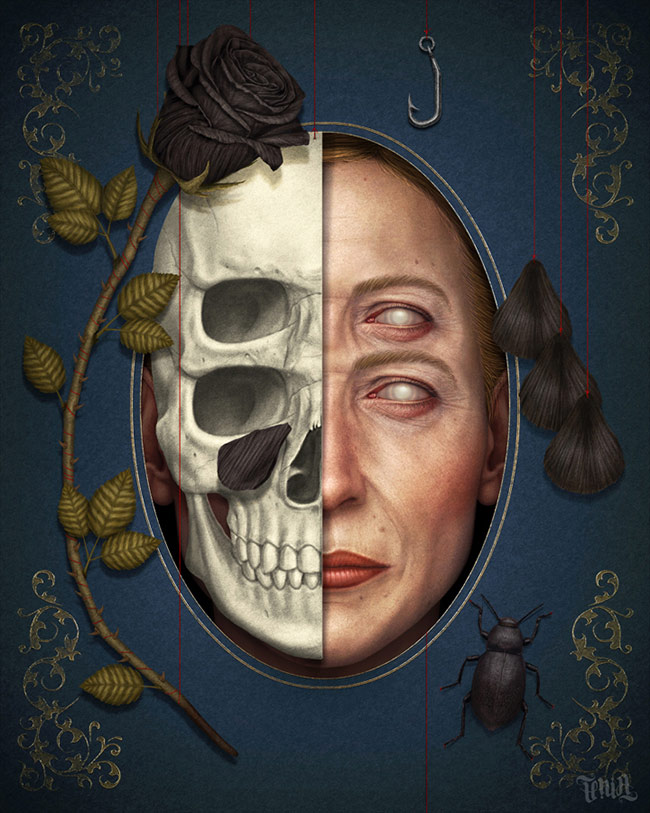 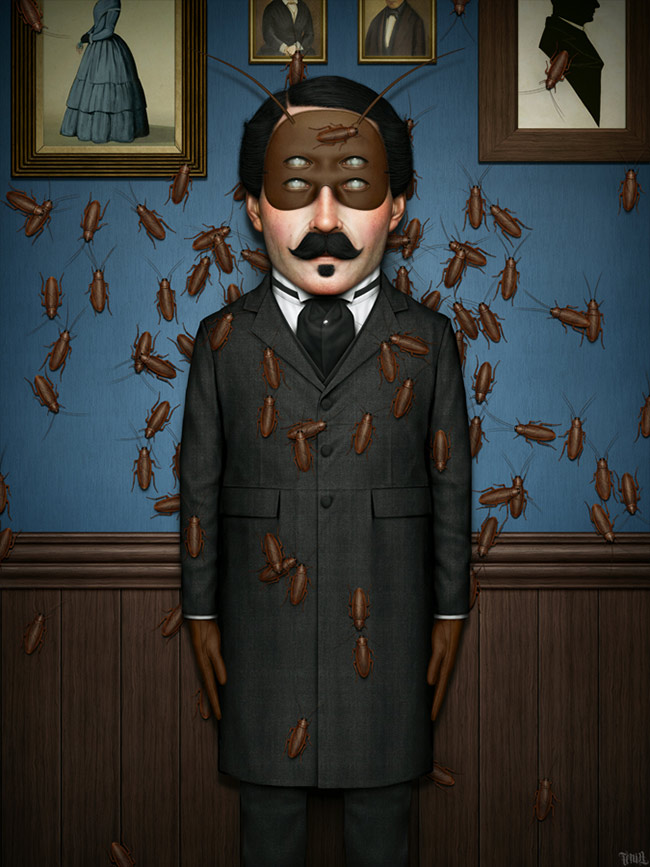 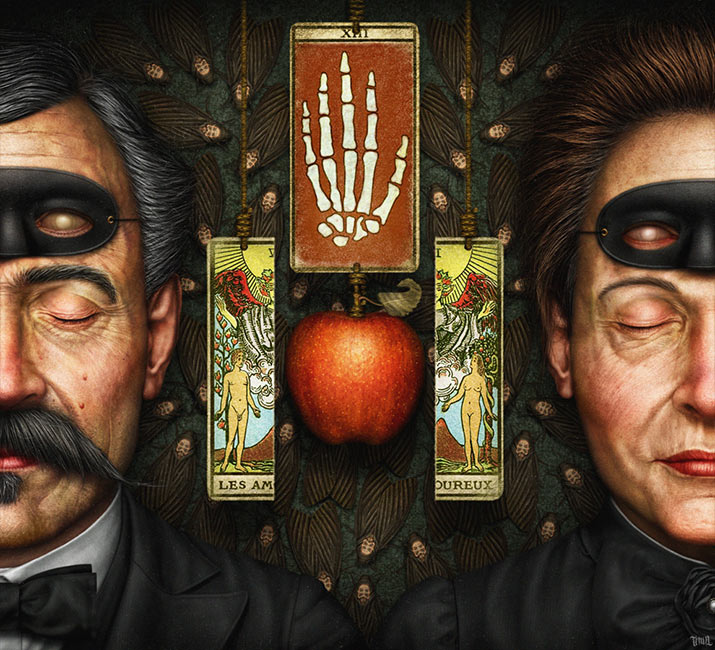 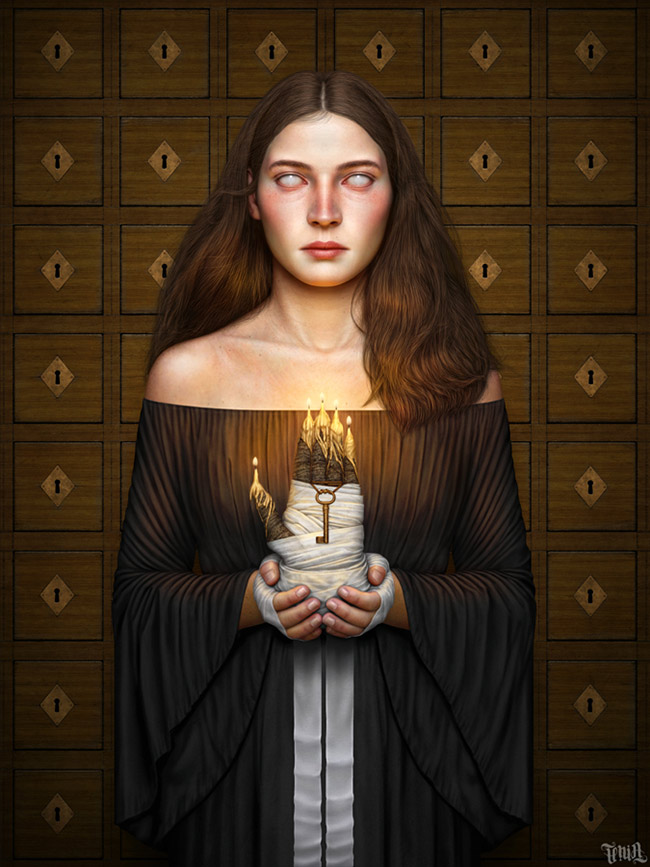 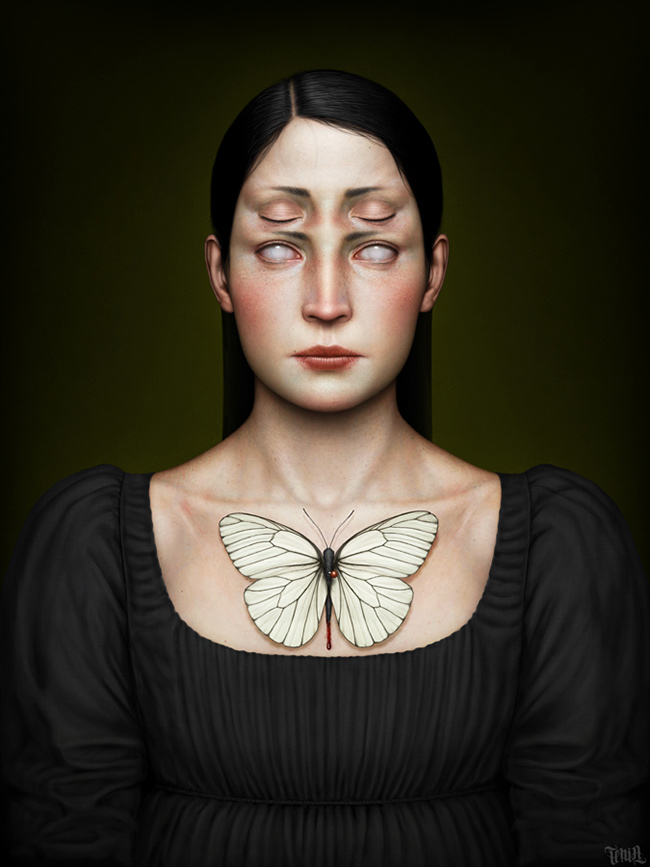 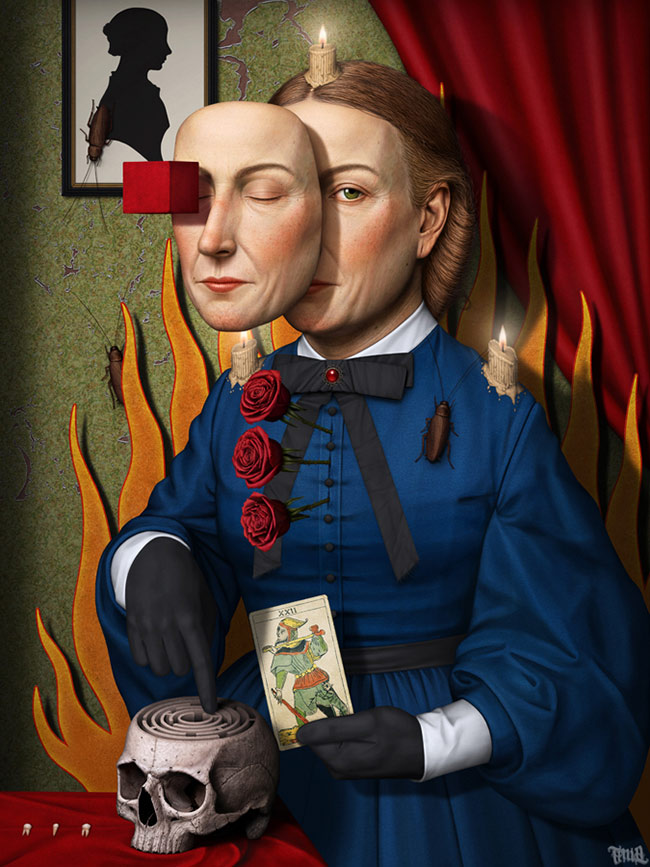 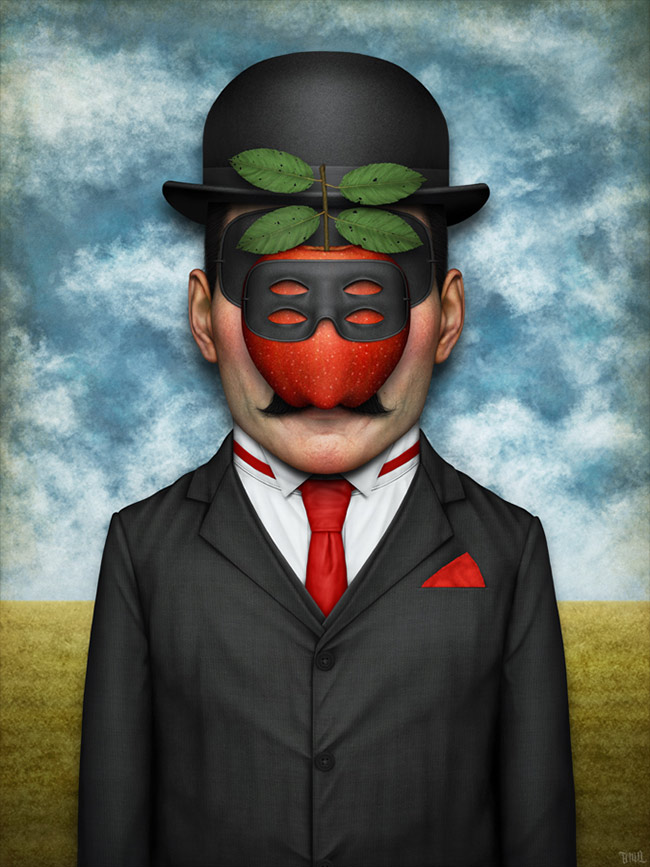 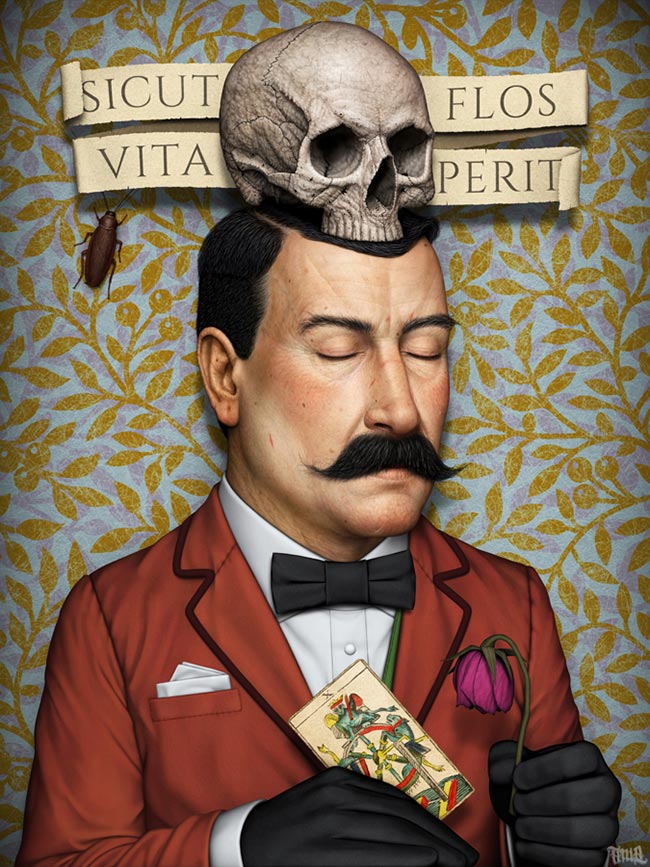 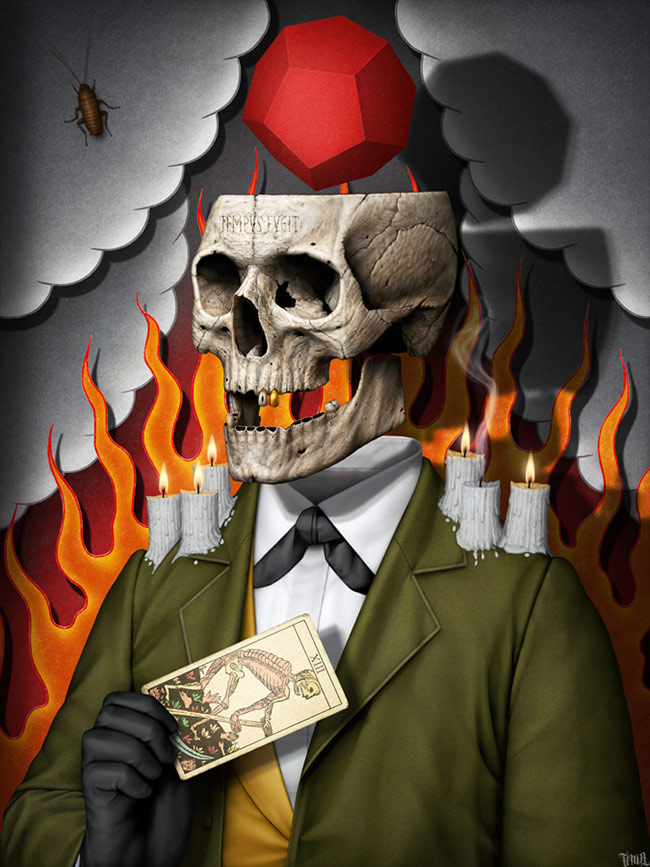 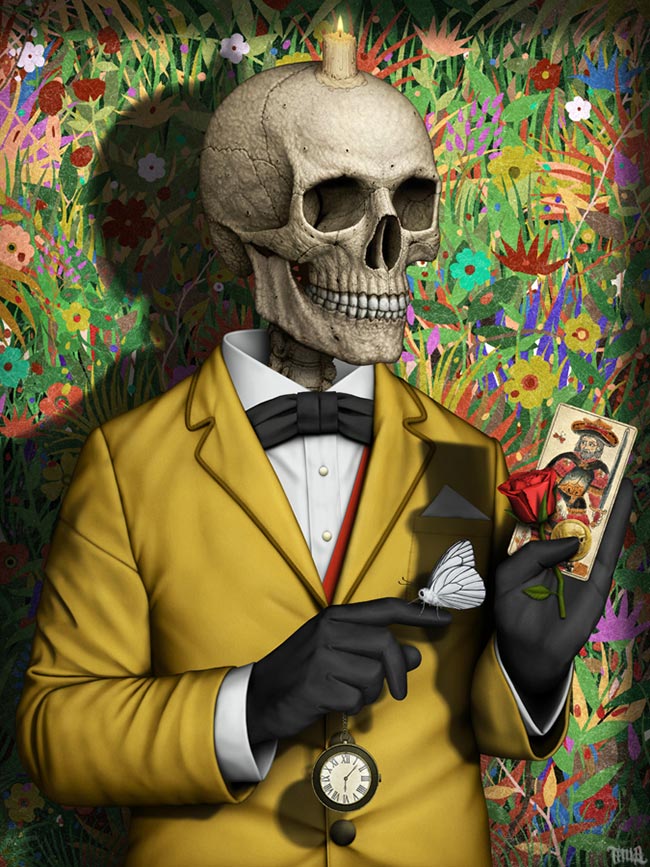 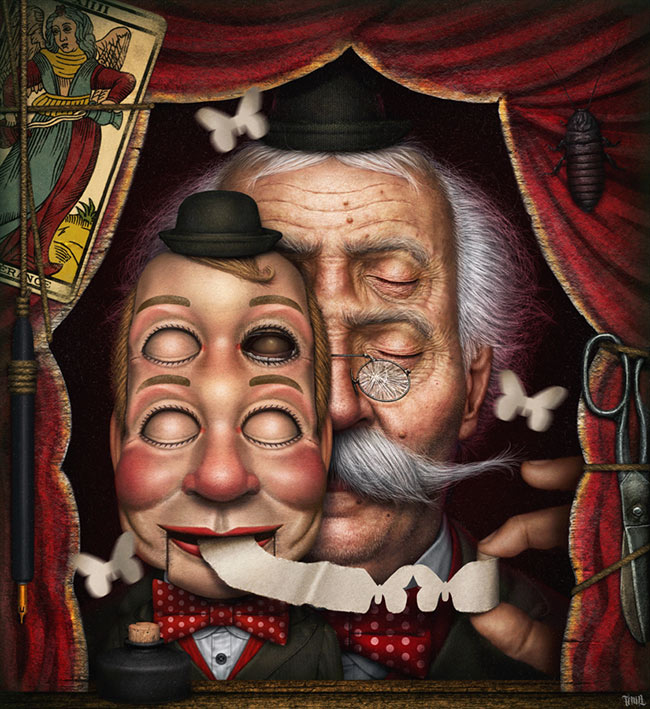 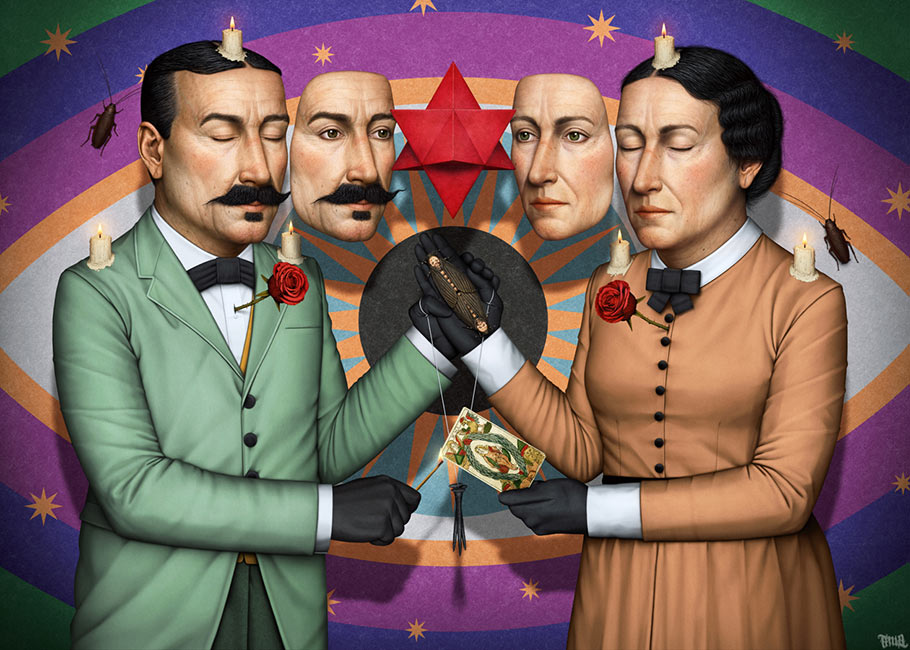