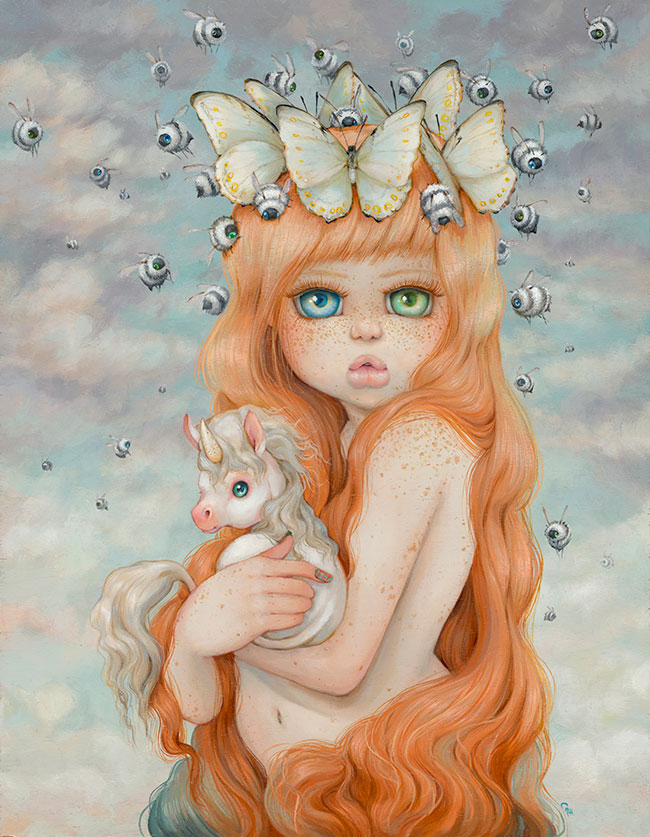 When I was in Rome, I kept hearing this phrase: “We all live under the same sky.”

There, they celebrate just being human. It doesn’t matter what color you are, what your background is. They understand it’s diverse, and that diversity is beautiful.

Before I started working on this show, I was stuck in a creative rut for about six months, kind of frozen by what I was seeing happen in the world. The Nazi rallies. The rise in nationalism. I didn’t know what to do, and it took me a while to figure out that I have a voice—a platform—as an artist. That art has power.

‘Sky’ opens on April 7 at Corey Helford Gallery in Los Angeles, and it’s a chance for us to all look at that sky we share, and hopefully, remember our unity.

There’re so many different types of people in the world, and it’s time to celebrate that. Embrace the whole diversity of the human rainbow. I’m making a point to show women of all shapes and sizes, of all colors, of all sexual orientations. Many of them immigrants. A melting pot of characters. 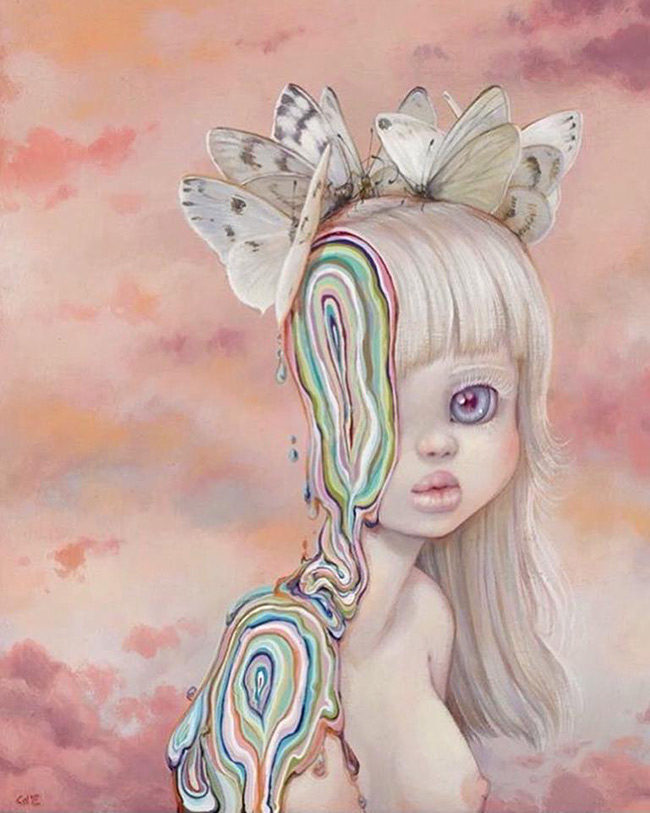 Melting pot, sometimes in the literal sense. In the show there are several bi-sected girls with rainbow interiors, representing the multicultural backgrounds that many of us actually comprise of, whether we know it or not.

It’s not always literal. There’re lessons to be learned from surrealism and symbolism in all the work. 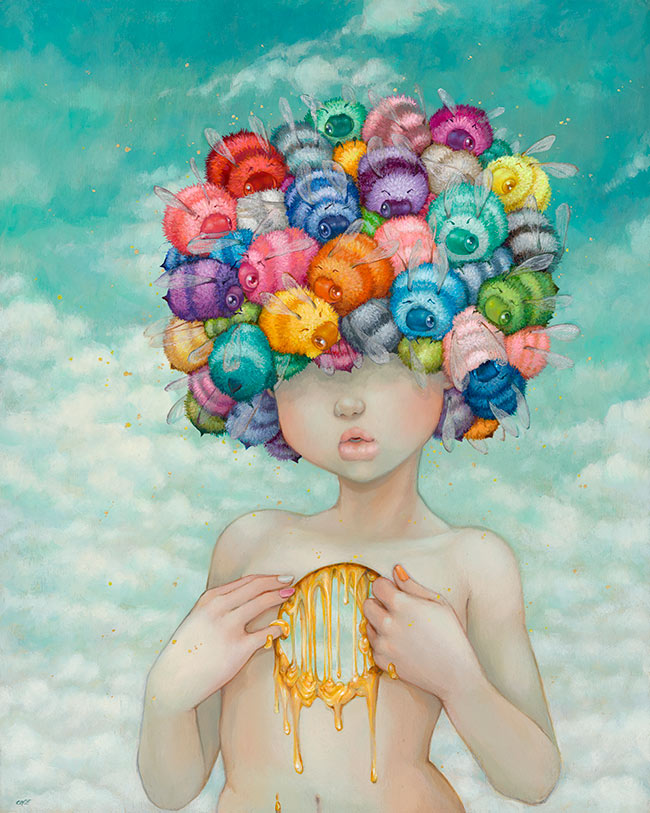 One of my favorite paintings in this show is the one of a girl with a hole in her chest and a head covered with bees. Bees are one of the most important pollinators of our world, and here, they symbolize how much everyone has to offer. Everyone is fertile with things to give to this world (represented by the honey the bees have made). Fertile with things to share with each other. We all need each other in order to really thrive, the same way all the beautiful plants and flowers and trees in this world need bees. 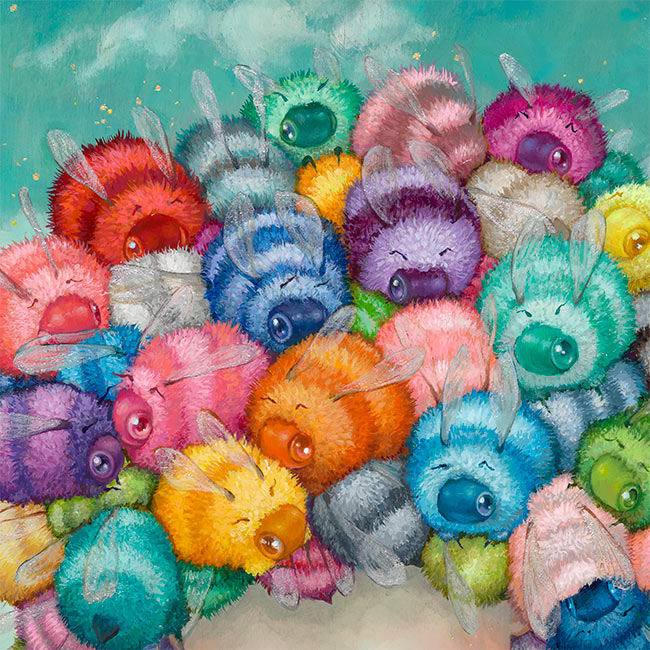 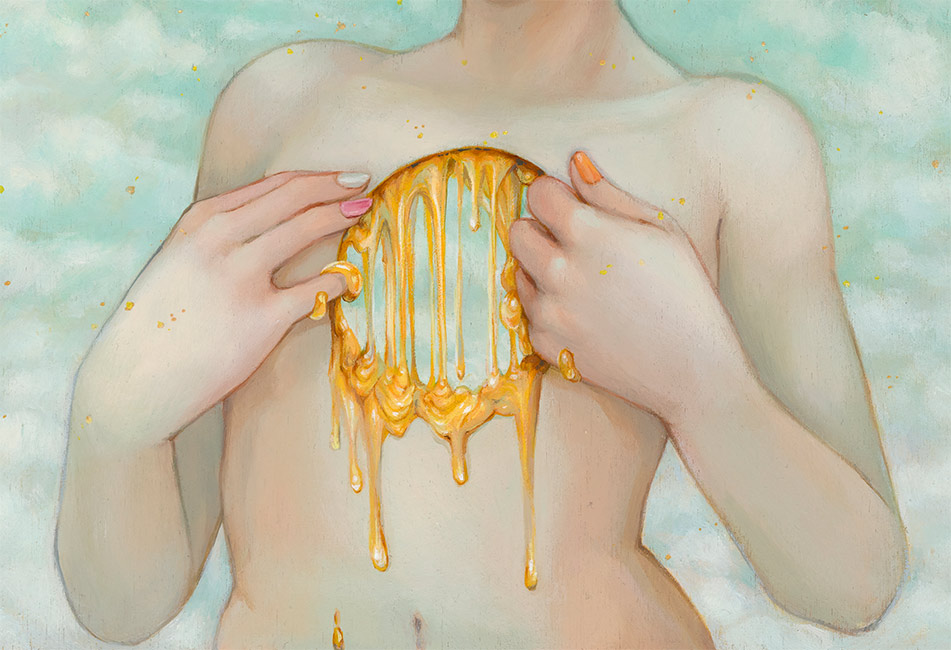 I’m also premiering a new series of ink drawings all about life under the sea, in my mind, filled with mer-maids and mer-men and all sorts of diverse creatures. It’s another world that lives under the same sky as us, but we rarely see it. Which is a shame because it has so much to teach us.

The ocean is the lifeblood of the planet. Looking from above you only see one color—one surface. But underneath the waves, there is so much going on, and it’s all connected. The schools of fish, the predators, the bottom-feeders, they’re all swimming together, and there’s no division. That’s how we should live our lives. 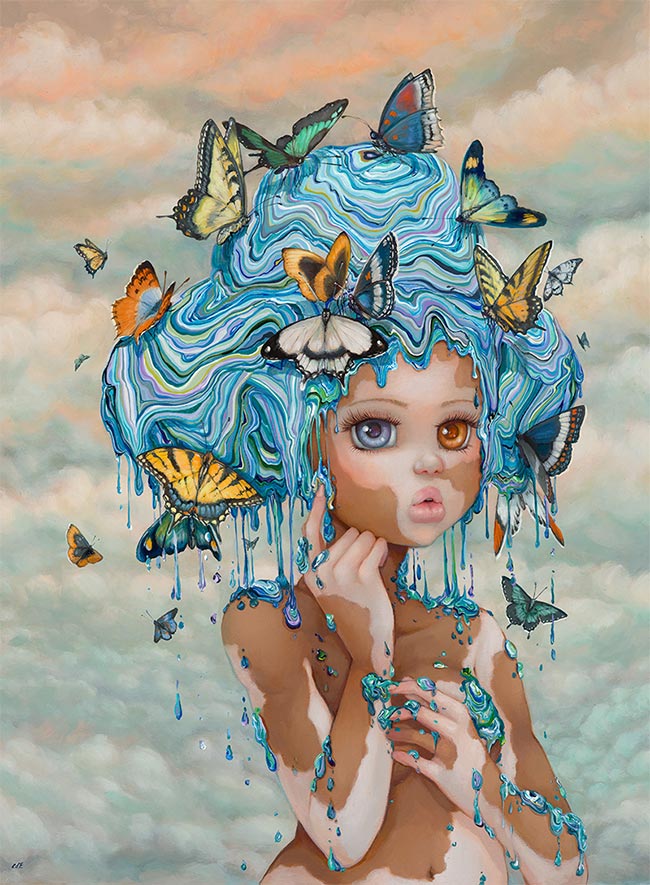 I keep coming back to butterflies in my work. They’re another major pollinator. And a lot of people don’t know this, but you can actually find butterflies in almost every country in the world—pretty much anywhere there’s plant-life. 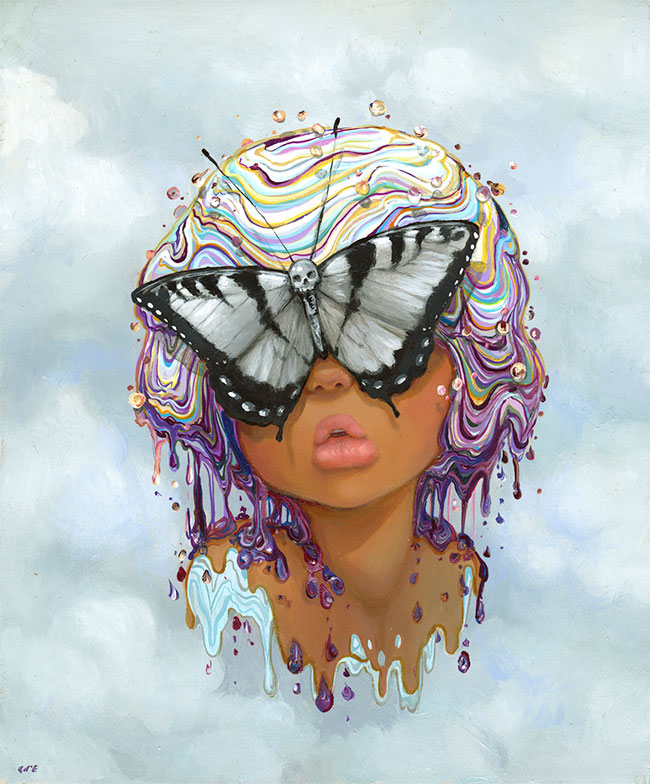 Butterflies are even more diverse as a species than humans. And we might have more in common with them than we think. Like us, they can be found on every continent, and like us, they come in all shapes, colors, sizes. Their beautiful winged forms emerge after a stage as caterpillars. And maybe that’s where we are now as a species, trying to emerge from a coccoon into our final form. 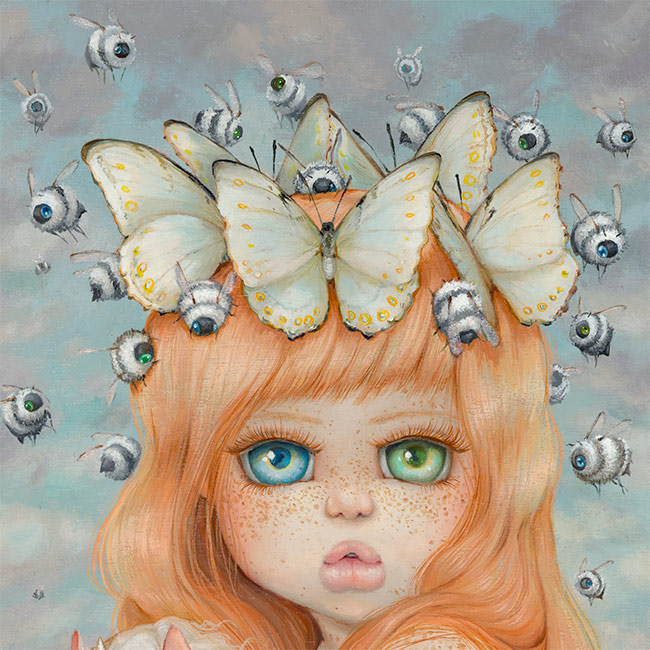 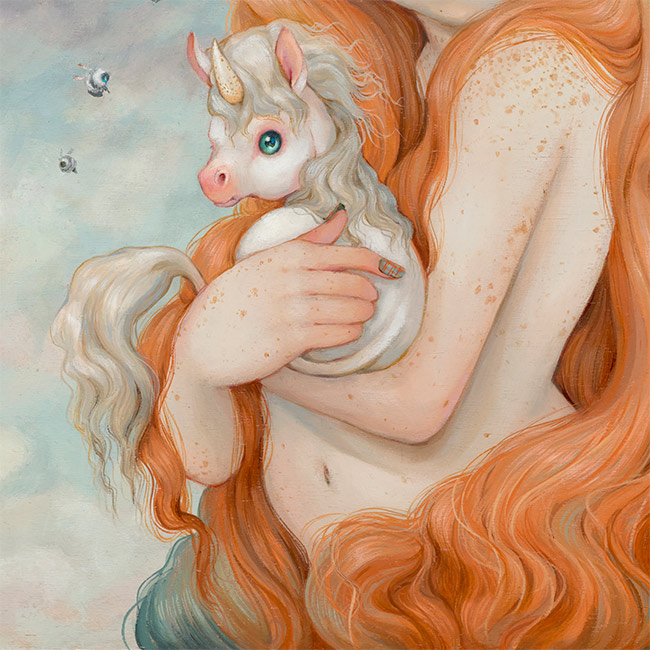