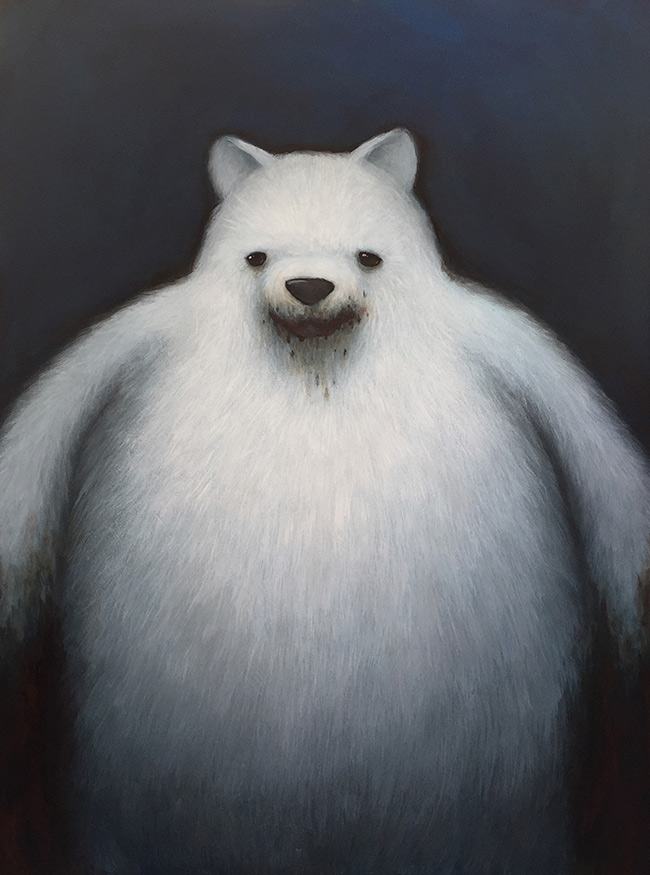 Born in Philadelphia, but raised in Fresno, Luke Chueh (pronounced CHU) studied graphic design at California Polytechnic State University, San Luis Obipso where he earned a BS in Art & Design (Graphic Design concentration). He was employed by the Ernie Ball Company, working in-house as designer/illustrator where he created several award winning designs and was featured in the design annuals of Communication Arts and Print Magazine. Meanwhile, he also created, produced, wrote, designed, edited and published ‘E.X.P.’, a ‘zine dedicated to the ‘Intelligent Dance Music (IDM)’ genre.

In 2003, Chueh moved to Los Angeles to further pursue a career in design. However, a lack of employment opportunities left him resorting to painting as a way to keep busy (a hobby he picked up while attending Cal Poly). He got his start when the Los Angeles underground art show, Cannibal Flower, invited him to show at their monthly events. Since then Chueh has quickly worked his way up the ranks of the LA art scene, establishing himself as an artist not to be ignored. Employing minimal color schemes, simple animal characters, and a seemingly endless list of ill-fated situations, Chueh stylistically balances cute with brute, walking the fine line between comedy and tragedy. Chueh’s work has been featured in galleries around the world, and some of his paitnings have also been reinterpreted into vinyl toys.

“I can only speak for myself as to why I use animal characters. It started when I was considering what I wanted to paint. I came to believe that using anthropomorphized animals was the easiest way of illustrating the ideas I had while reaching a wider audience. Human beings are inherently biased and these characters allow me to communicate without the potential hangups that come with racism, sexism, and ageism. I think my audience would react very differently if I replaced my bears and rabbits with a 20-30 year old asian male character, or in contrast, a geriatric black female. Also, I believe we are conditioned to empathize with animal characters. They were the toys we loved and played with (teddy bears) and the cartoons we watched and were inspired by (Disney, Hanna-Barbera). Finally, I can’t deny the fact that at the time my skills as a painter were limited. These animal characters were what I was able to best produce while teaching myself how to become a better painter.” – Luke Chueh (Things to do in Los Angeles) 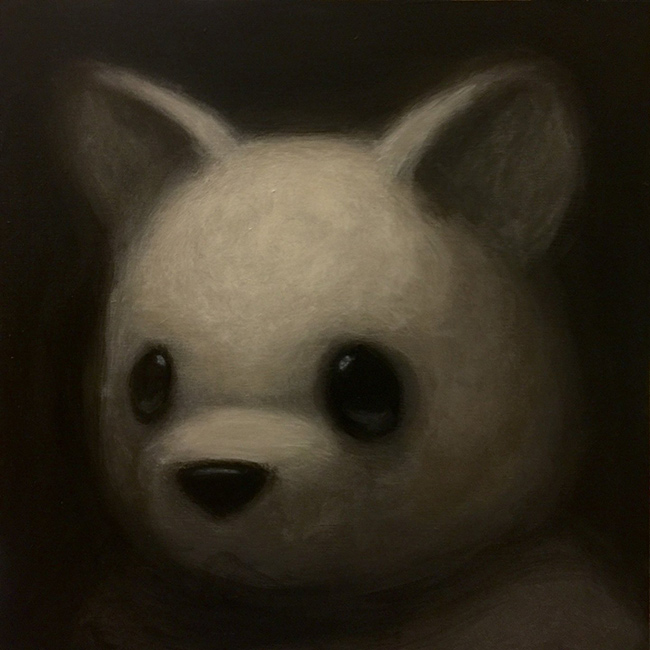 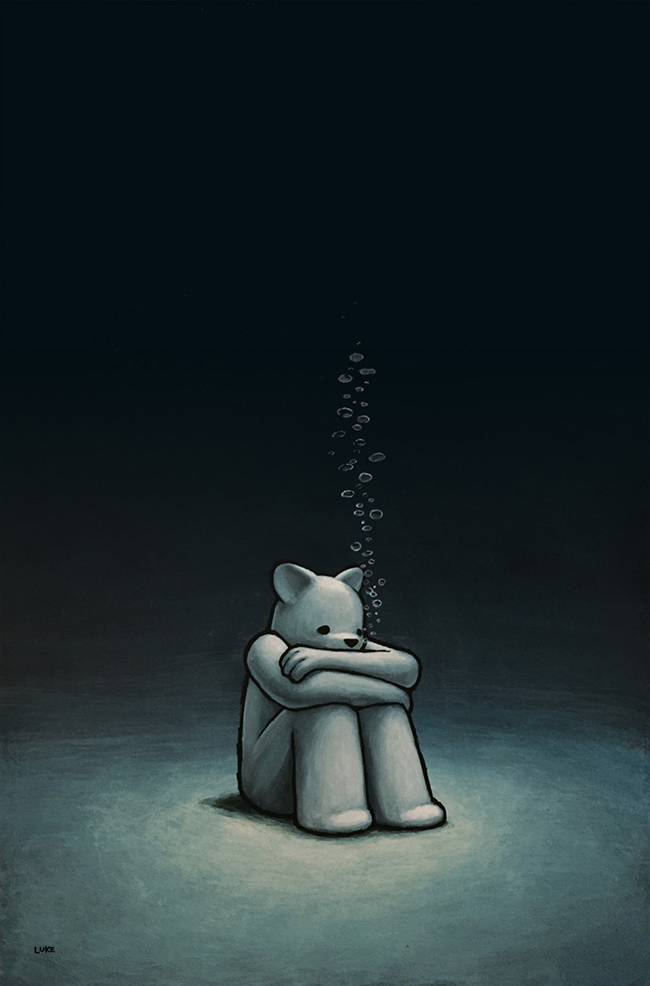 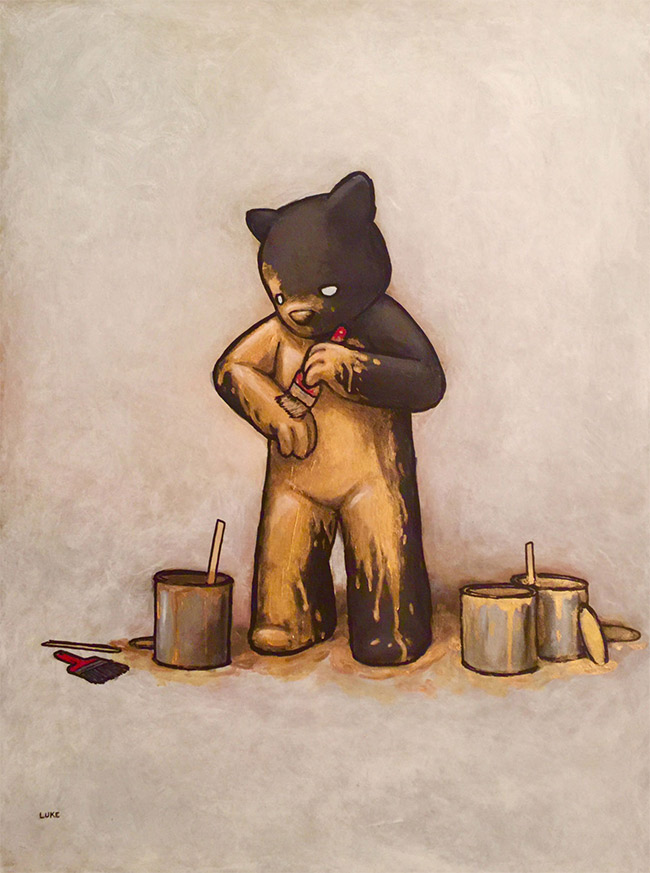 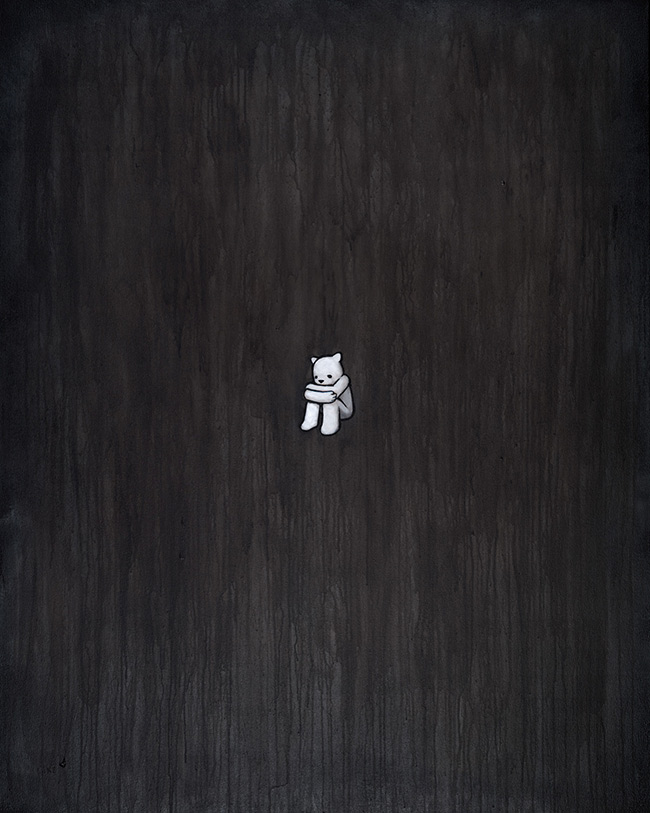 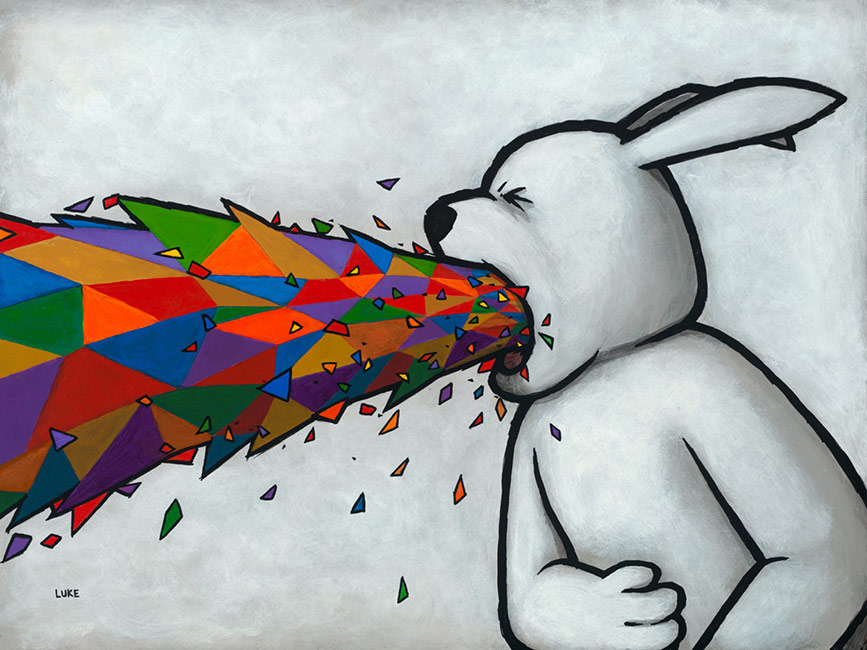 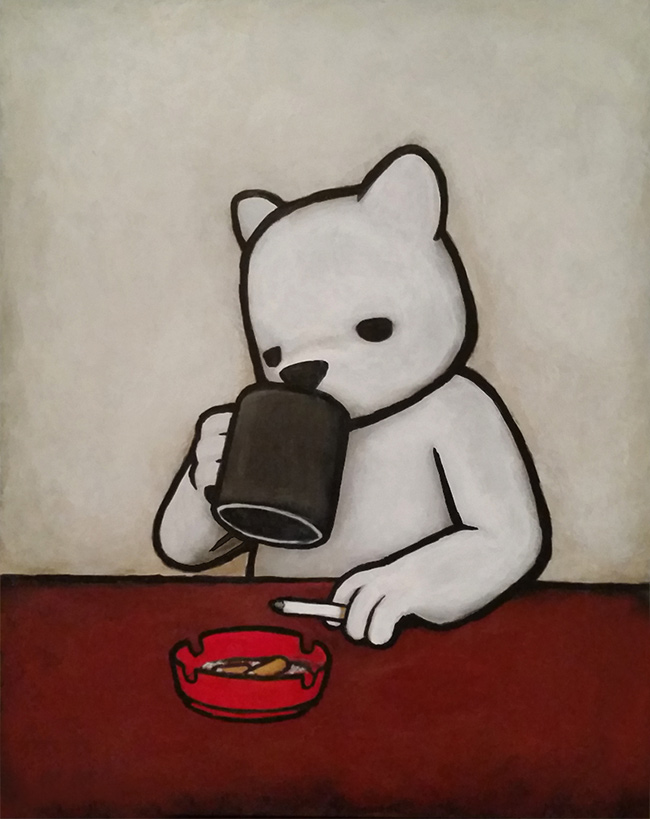 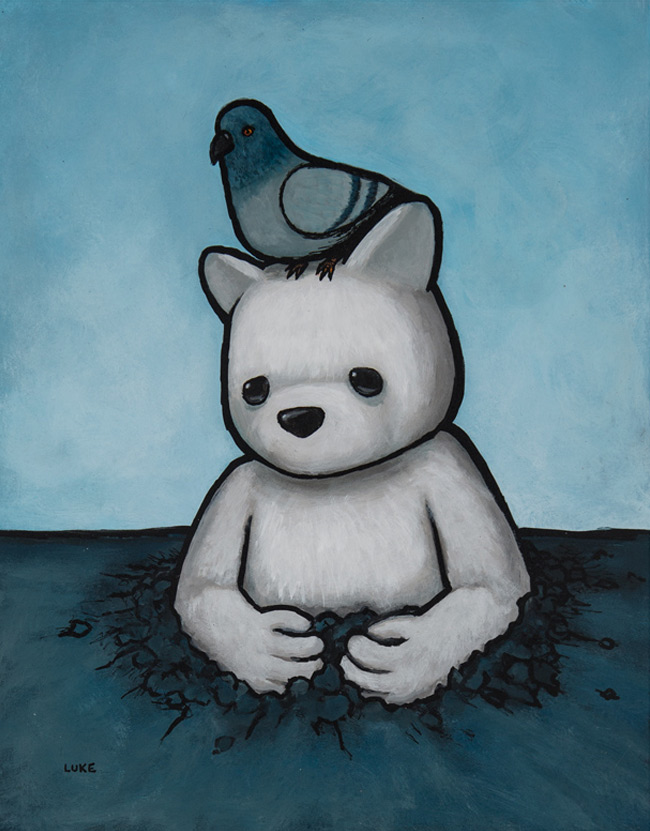 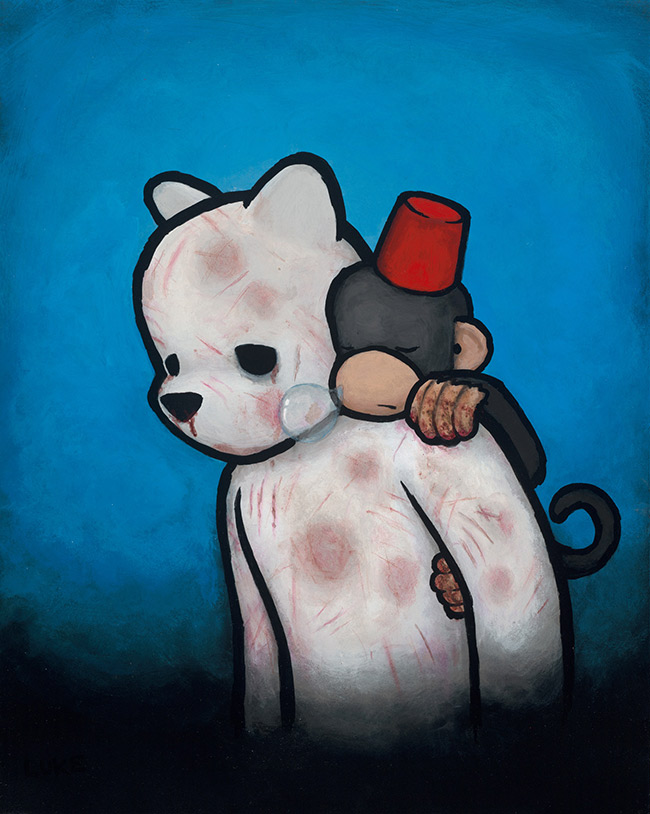 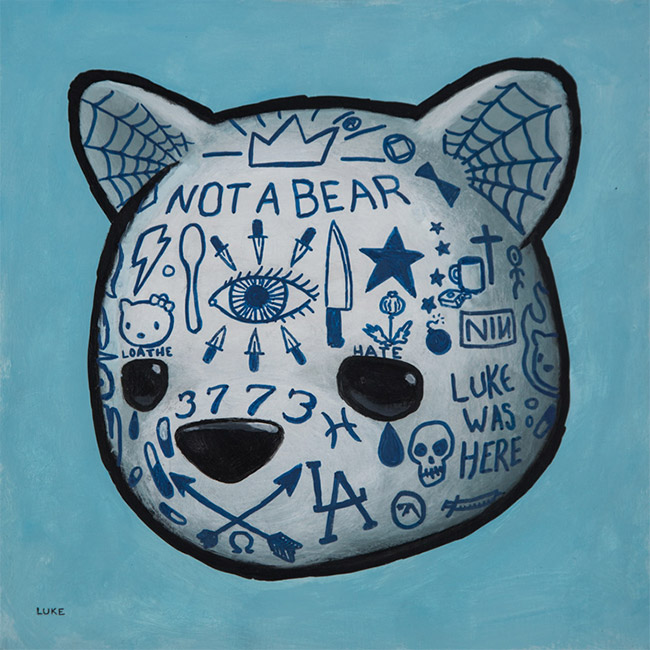 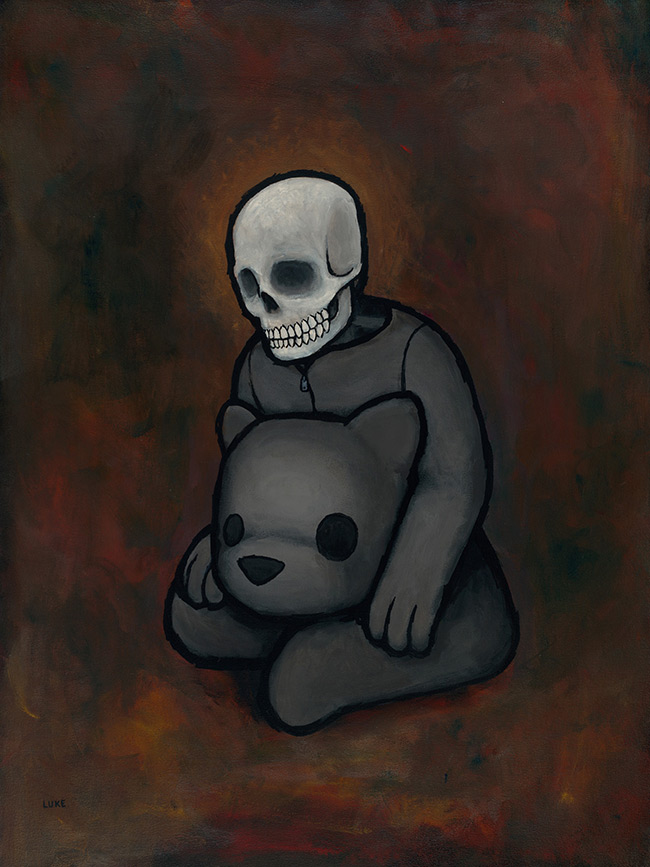 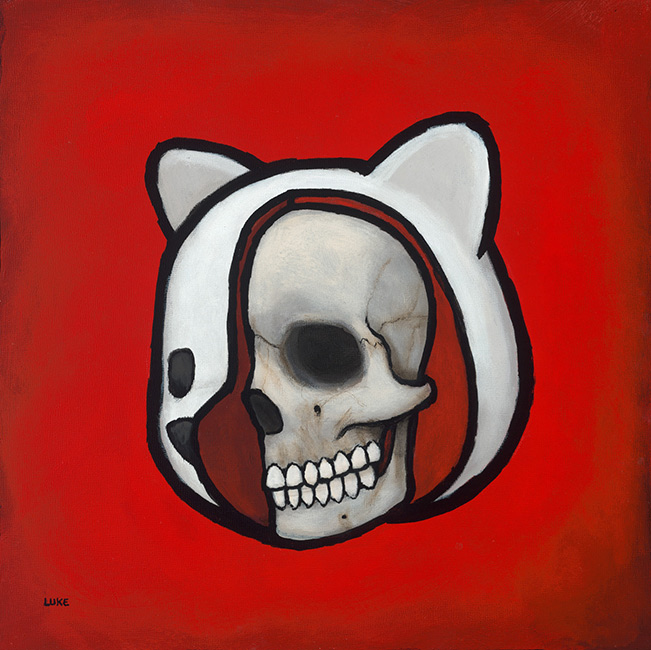