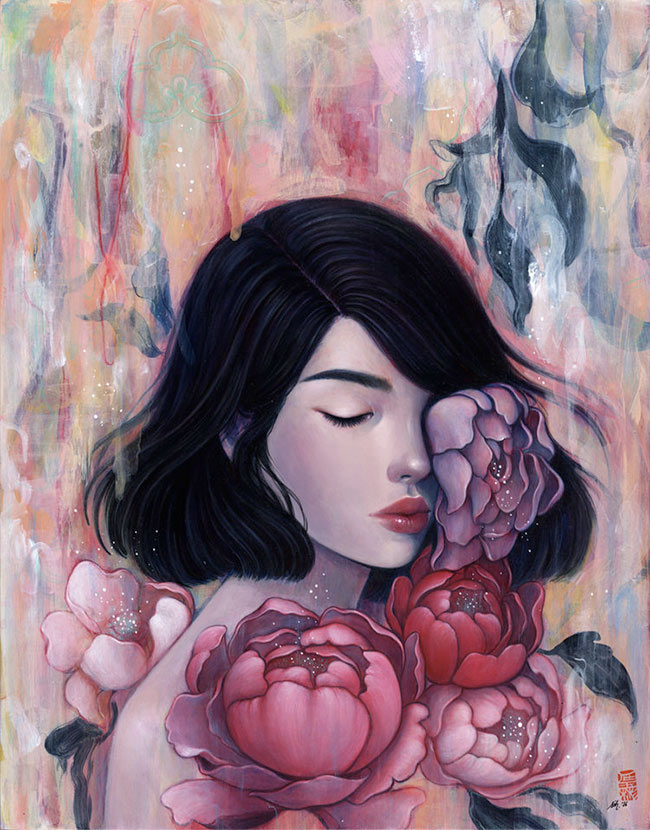 Born in South Korea and now based in Portland, OR, Stella Im Hultberg’s career began in industrial design. A self-taught painter, she has also worked in sculpture, creating objects based on motifs explored in her two-dimensional works. Hultberg’s mixed-media practice includes drawings and paintings in ink, watercolor, and oils on paper, wood, and canvas. Playing with varying qualities of opacity and translucency, in her application and interaction of these mediums, she creates works that vary in tone from dreamy and ethereal to bold and delineated.

Hultberg’s lyrical depictions of women combine decorative elements and graphic patterns, melding the figurative with the illustrative and a looser more painterly component. Ever present, this tension between the gestural and the controlled describe space in her dynamic compositions. Her palettes tend towards the monochromatic, moody and dark, but are punctuated by moments of contrast and vibrancy.

Her mannered figurative style, both elegant and selectively awkward, is at times reminiscent of early 20th century artists like Egon Schiele, Aubrey Beardsley or Gustav Klimt. Though beautiful, her figures are strangely displaced, subtly distorted, and at times melancholically encumbered with ornamentation, as seen in a recent series in which her nudes are laden with heavy blooms. Darkly beautiful, Hultberg’s feminine imaginary is an ambiguous terrain of melancholic desire.

“Luckily being a parent and having much less time to create (compared to my childless days), I have had less creative blocks, because I don’t even have the time to create the things I want to. But self-doubt is something I’m very familiar with and I like to believe all artists are too – and that that’s what propels us forward as artists. And this idea in and of itself is a huge comfort. I keep questioning where I’m going, what I’m trying to convey and tell, what the whole story is and if it’s at all relevant or meaningful to me.” – Stella Im Hultberg (Sour Harvest) 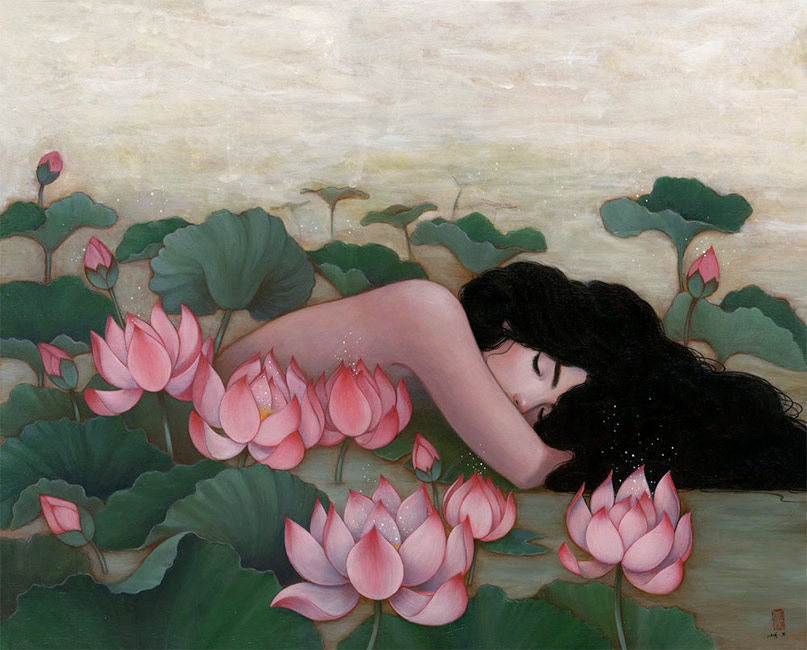 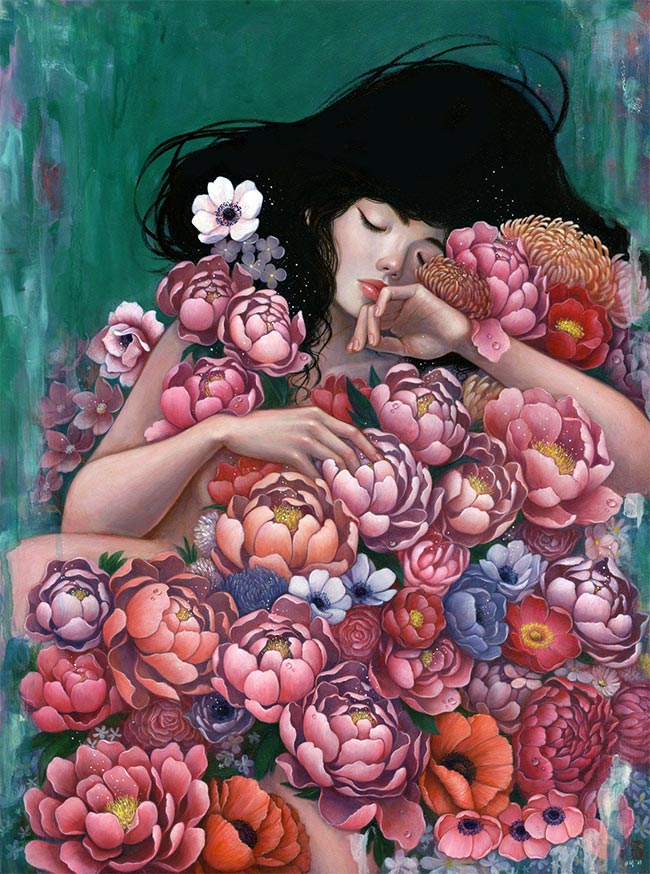 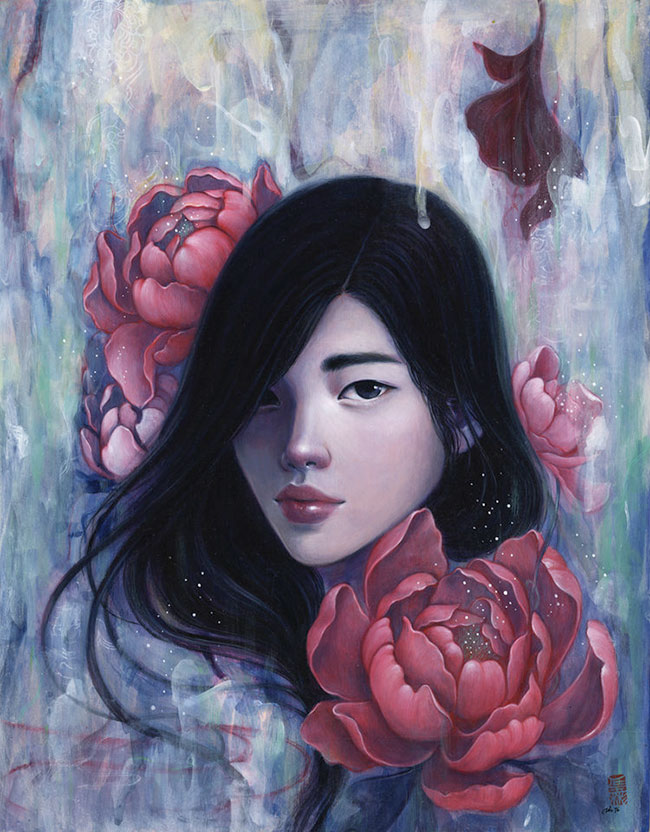 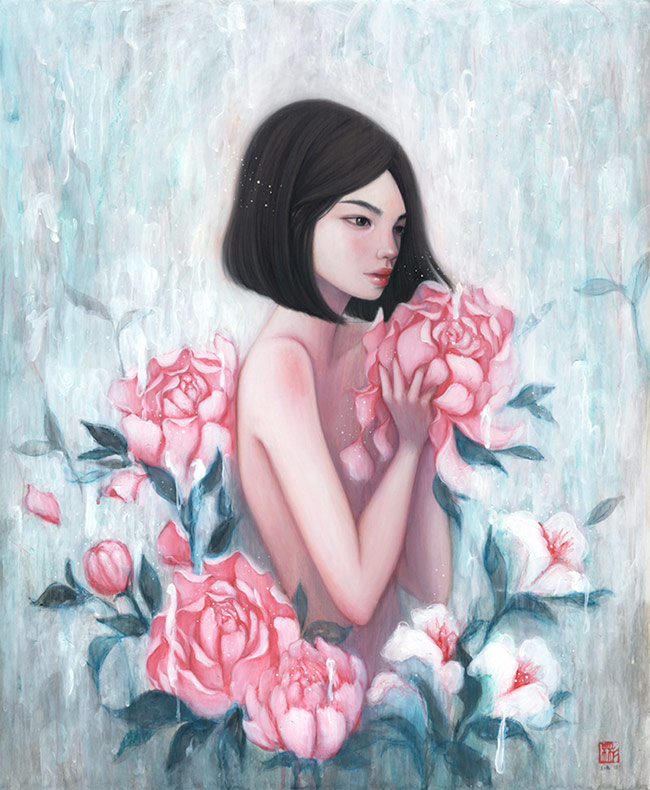 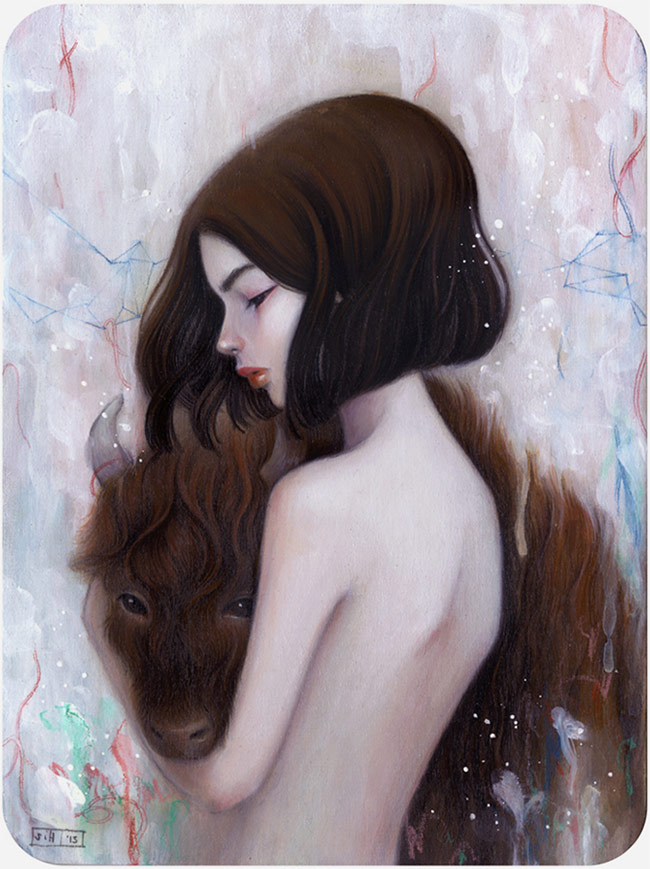 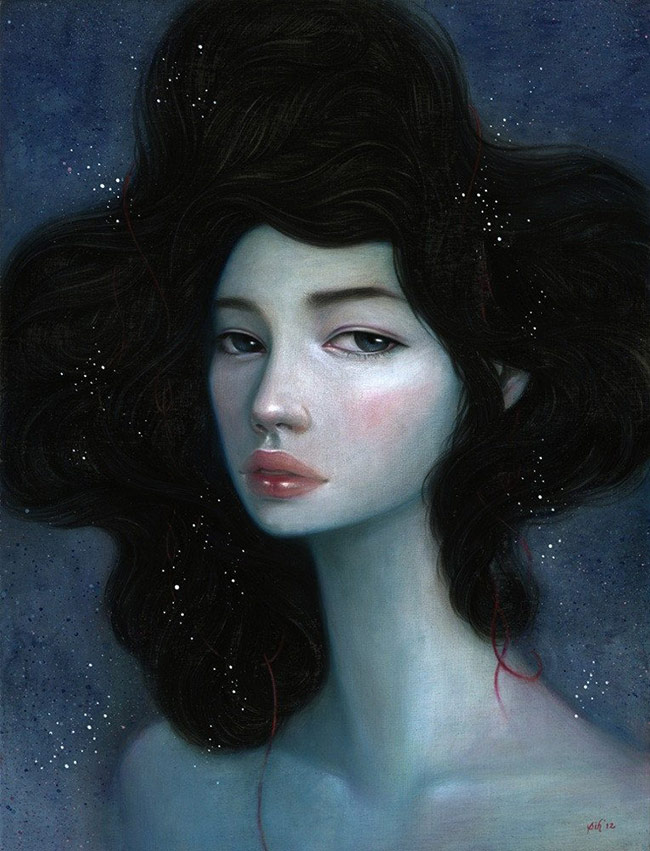 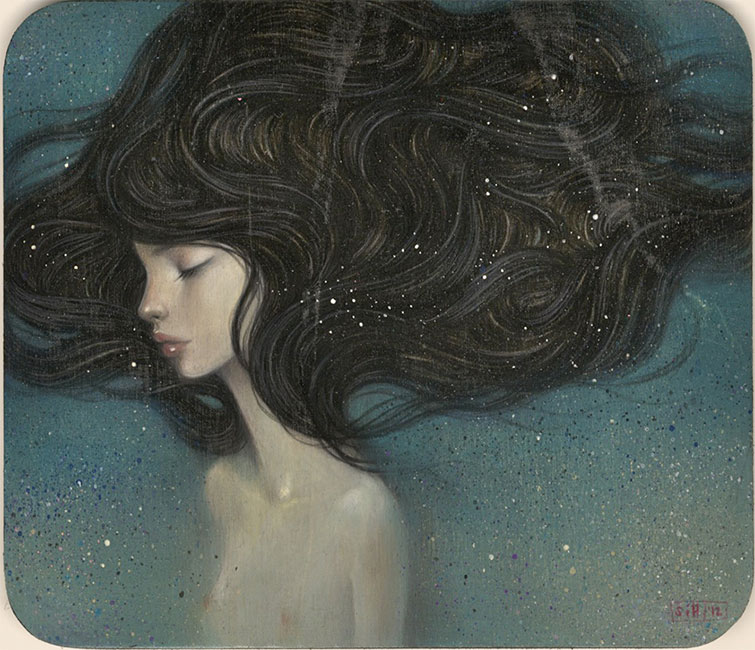 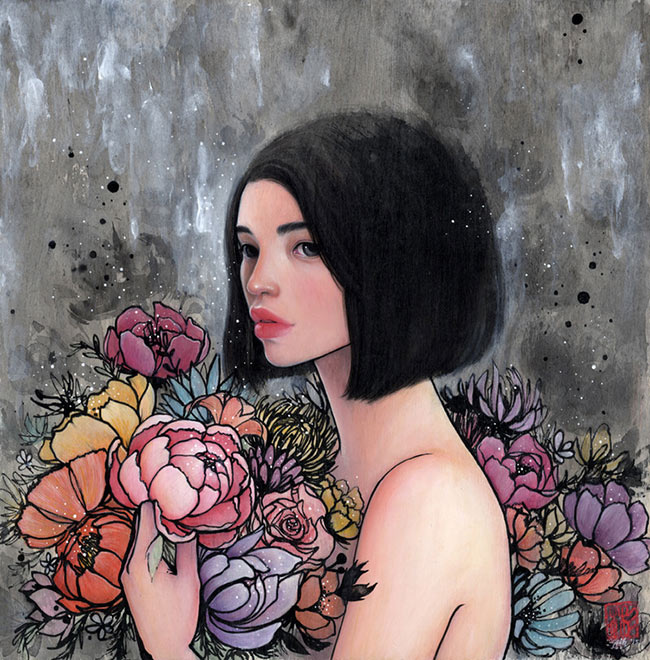 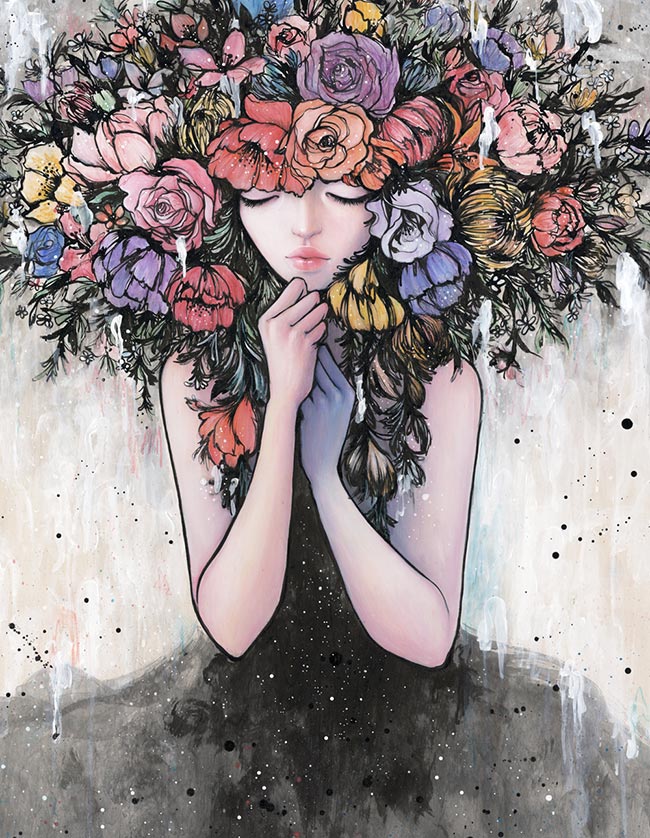 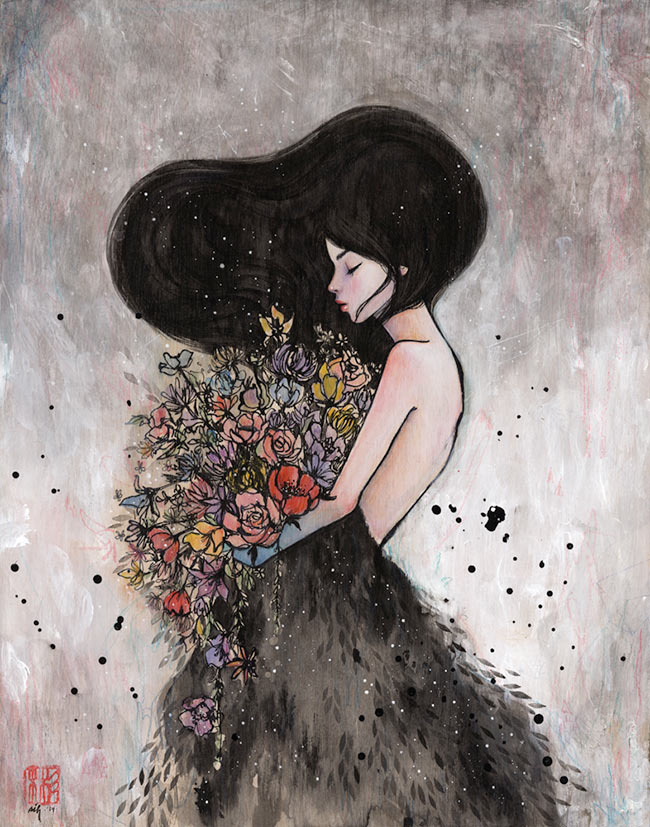 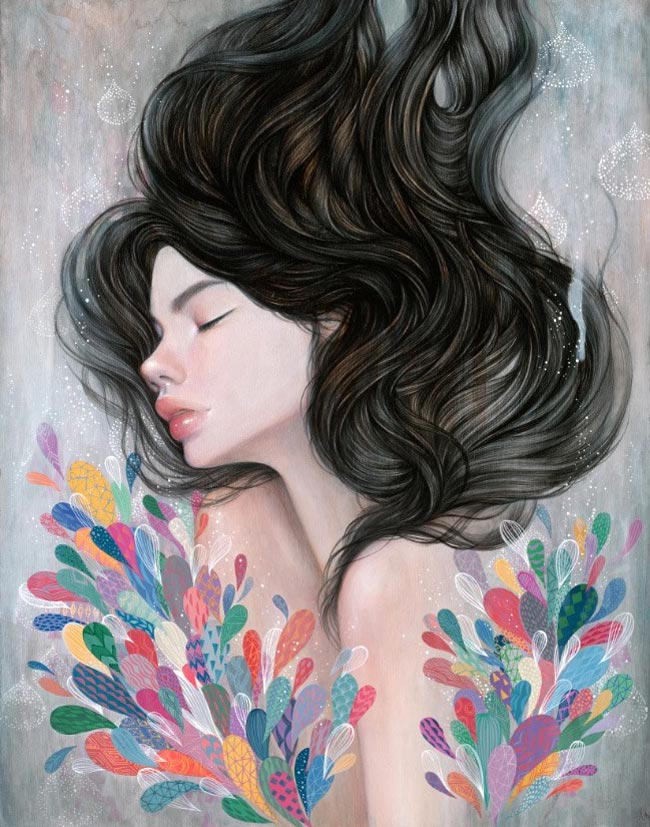 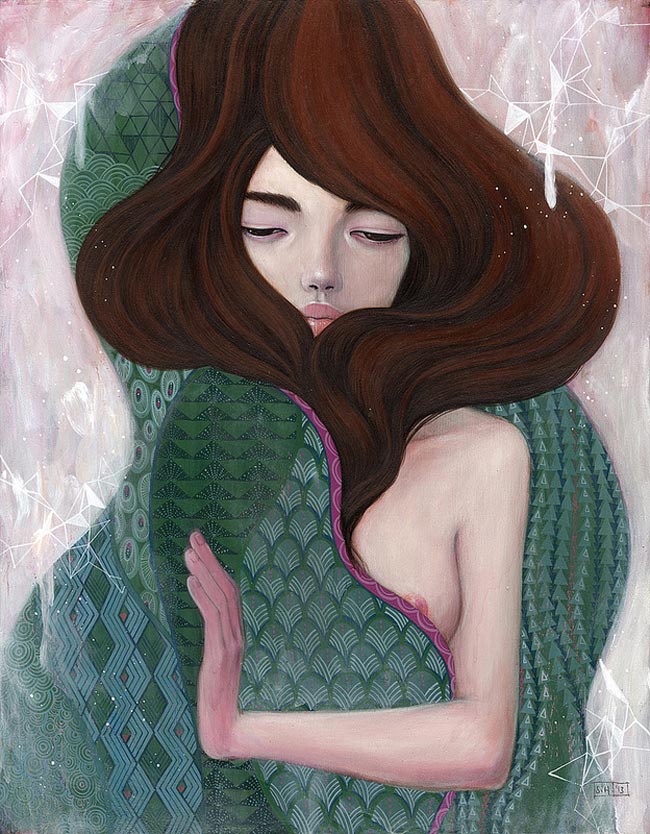 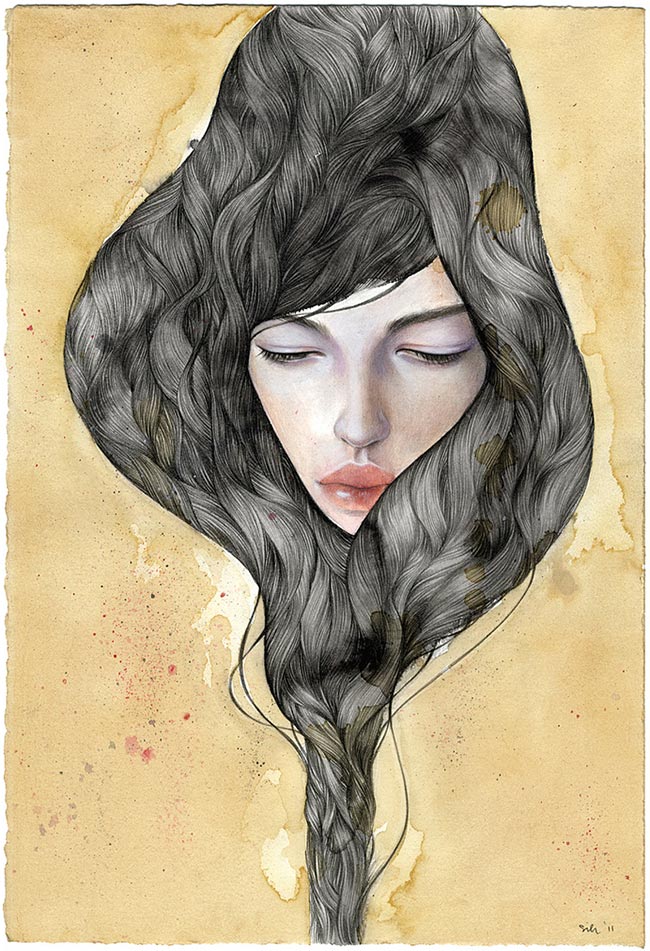 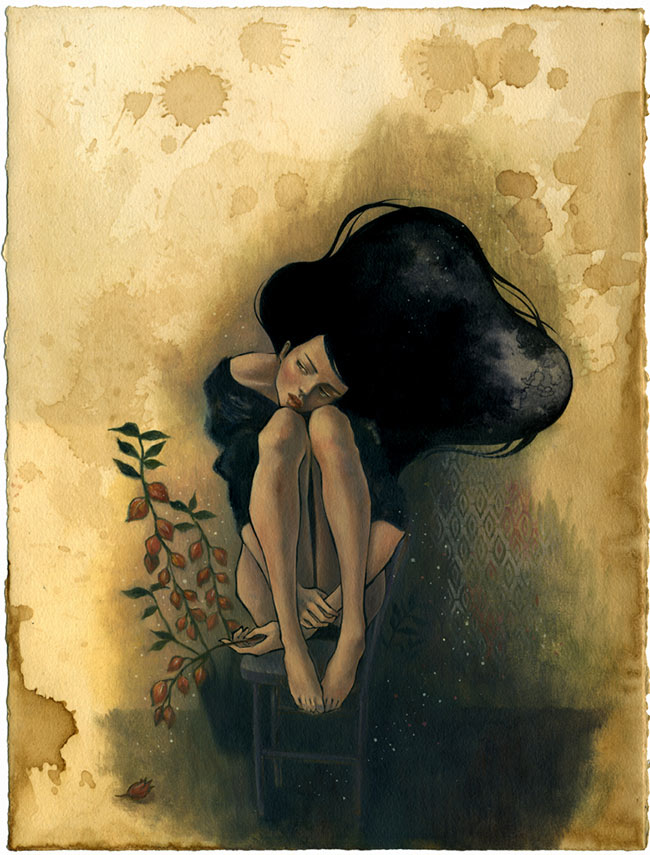