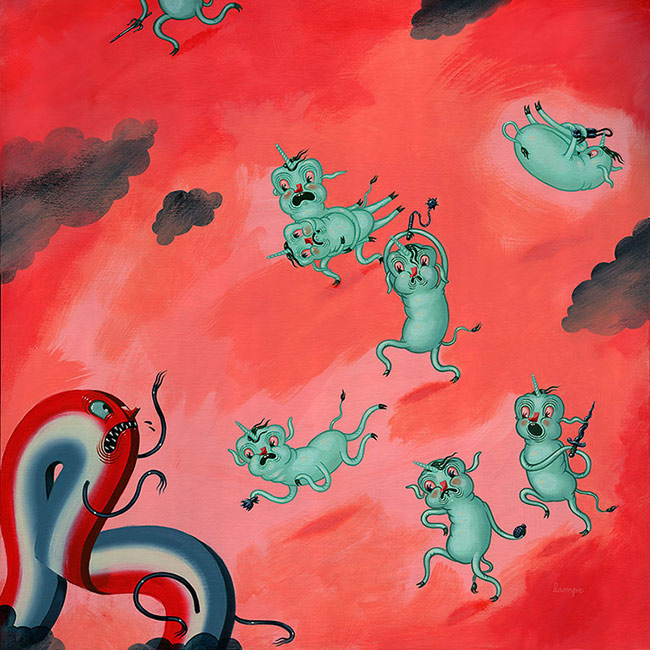 Travis Lampe grew up in a small town in Kansas. After earning a degree in Graphic Design, he took a job in advertising as an art director in Chicago. While making ads for breakfast cereals and well known purveyors of inexpensive furniture over a period of several years, he secretly began “developing his illustration style,” which is not the same thing as “procrastinating.” Finally, when he felt the world was ready, he began his slow explosion onto the art and illustration scene, as it were. He currently lives and works in Chicago.

“My characters have vague guidelines for how they would or wouldn’t behave, but nothing too strict. Too much detail sucks the mystery and fun out of it for me. And if there’s one thing I love, it’s mysterious fun.” – Travis Lampe (Empty Lighthouse) 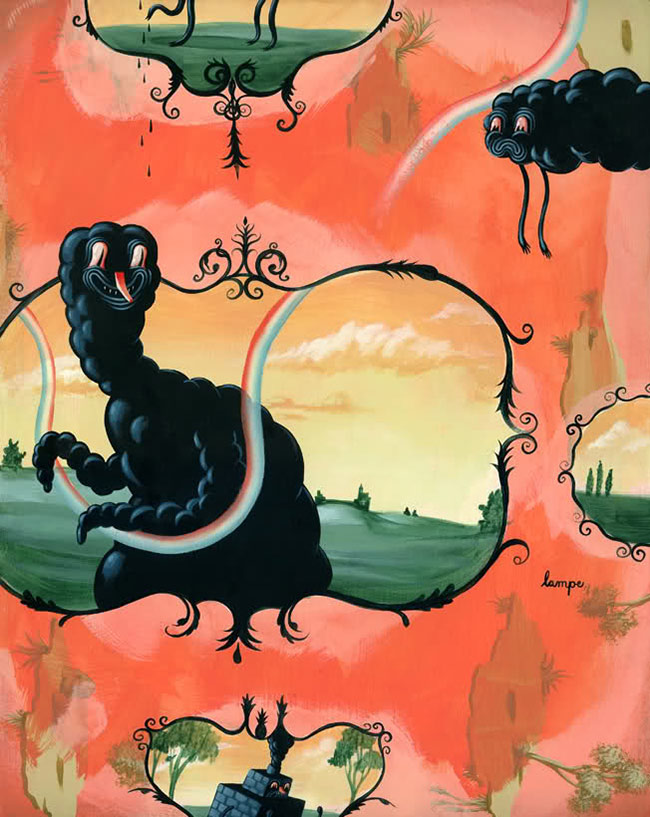 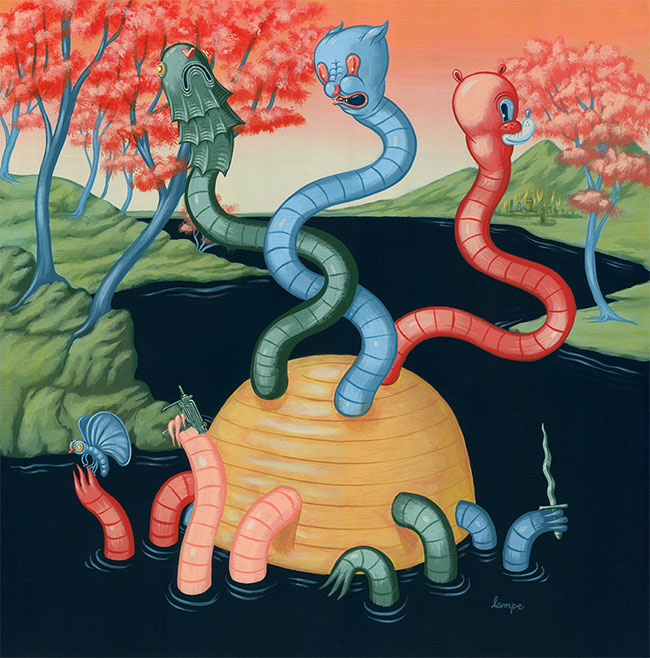 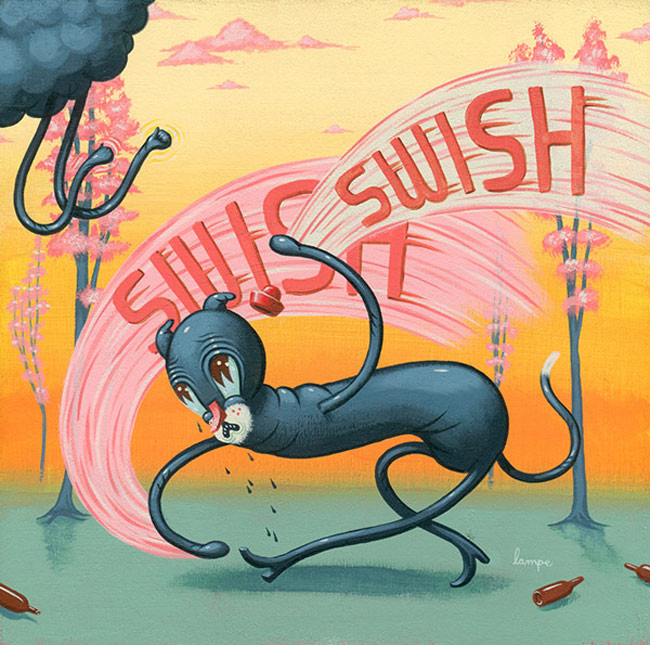 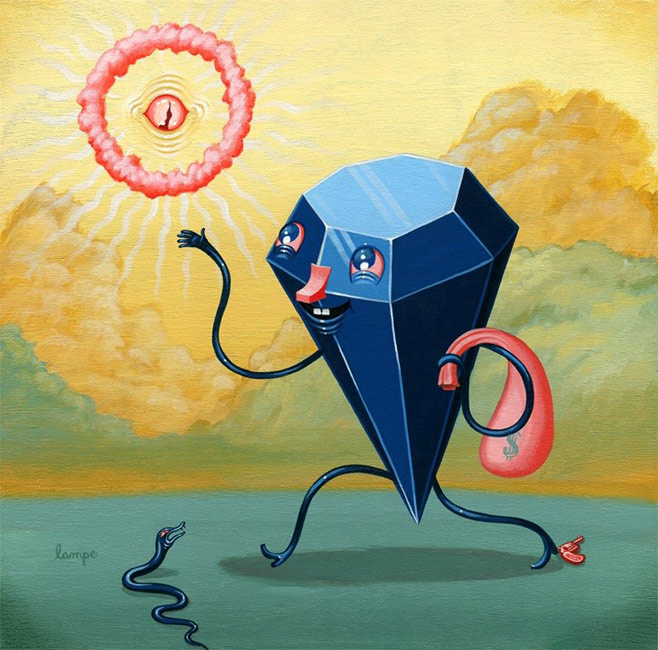 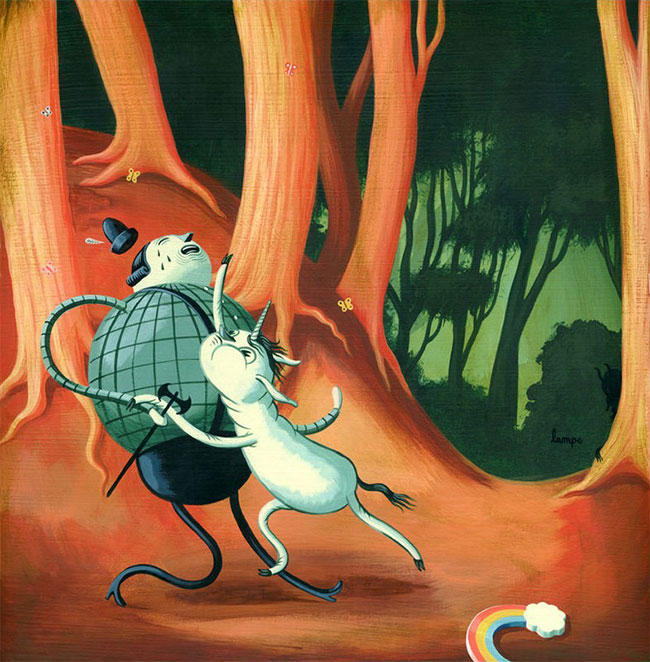 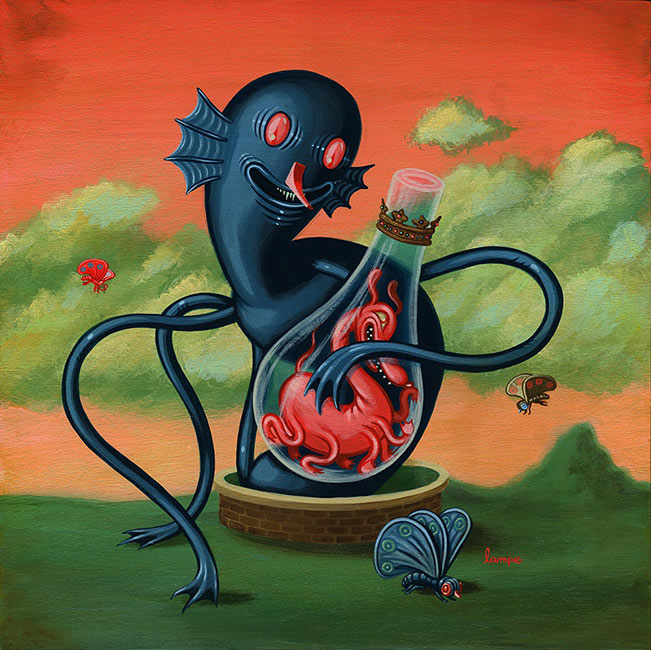 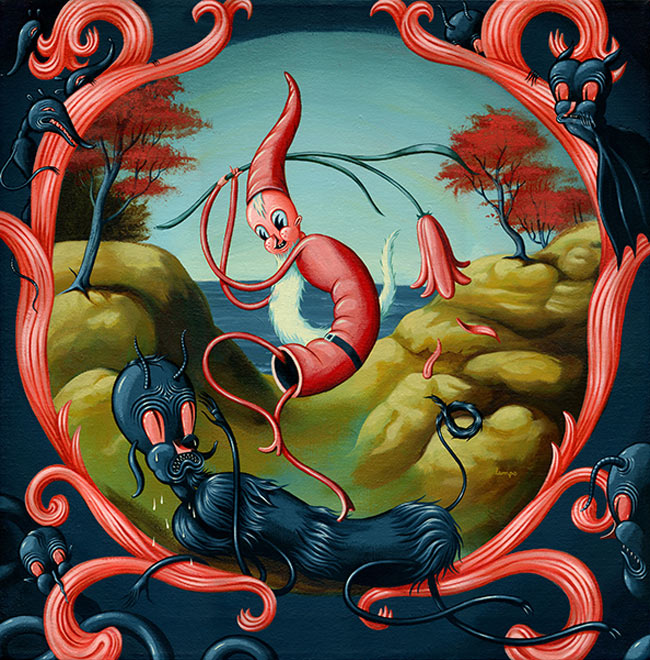 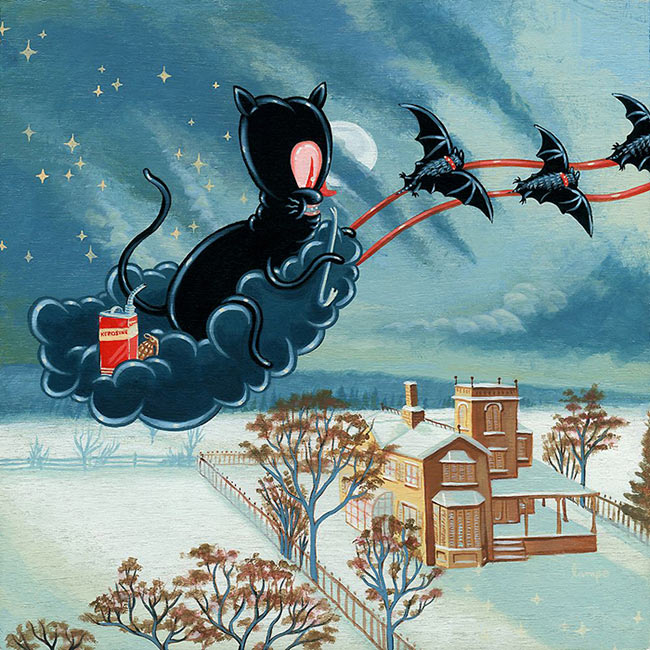 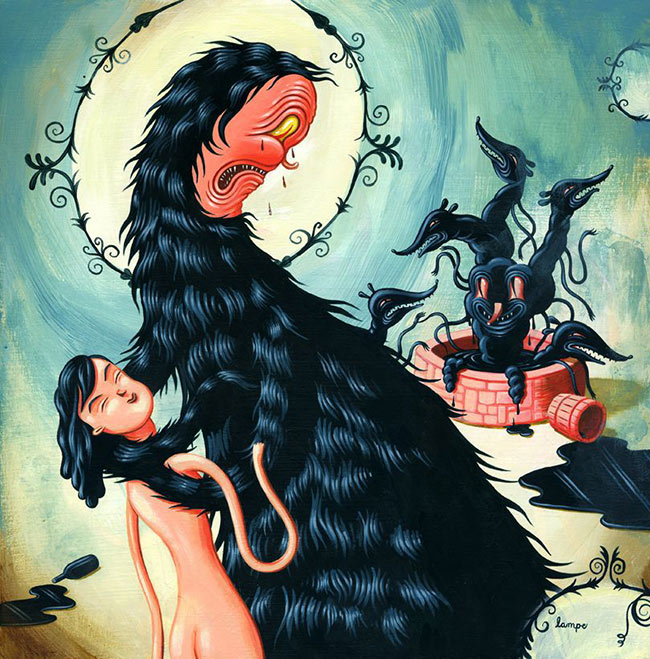 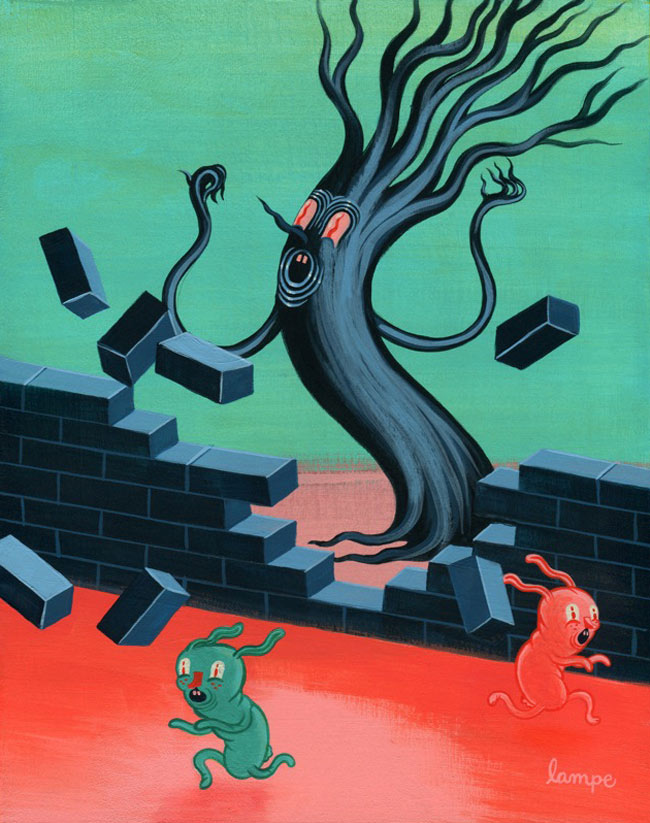 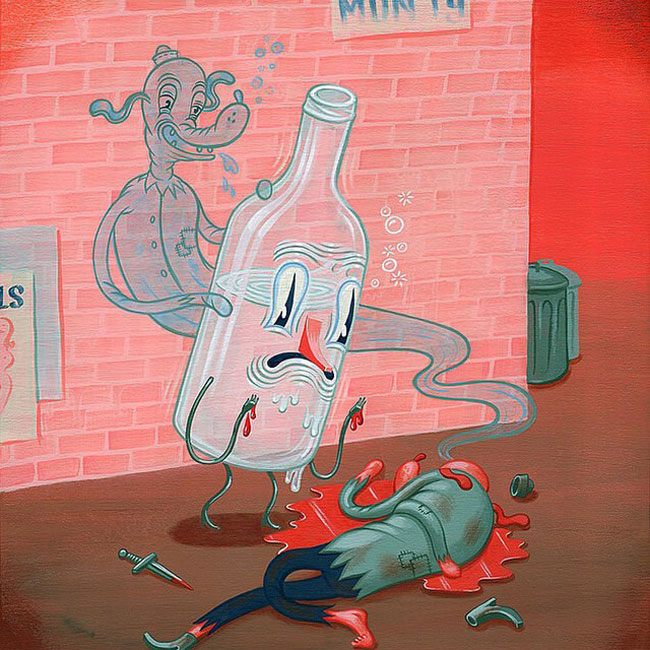