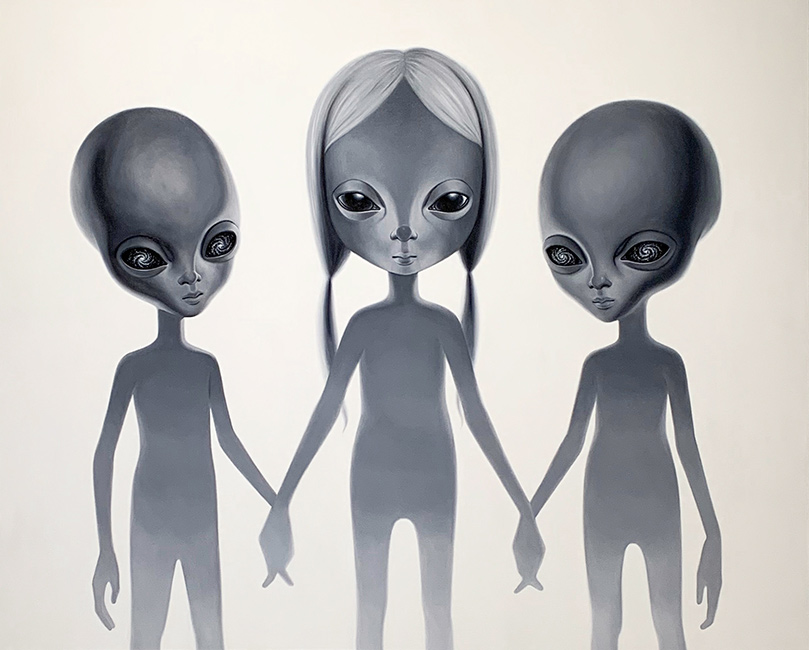 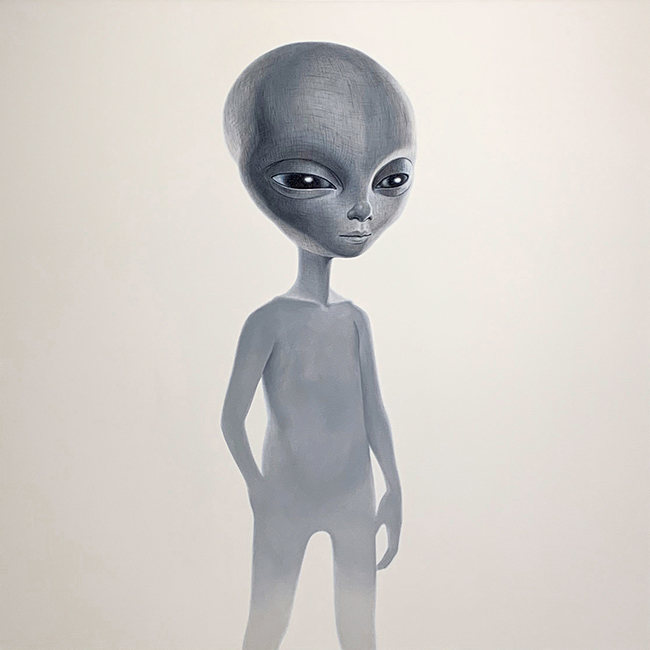 La Luz de Jesus gallery and I also created a 1/12th scale version of the entire show which is on view in the outside window display of the gallery 24 hours a day. The miniature show hosts all original acrylic-on-wood reproductions of the paintings, which are also available for purchase. 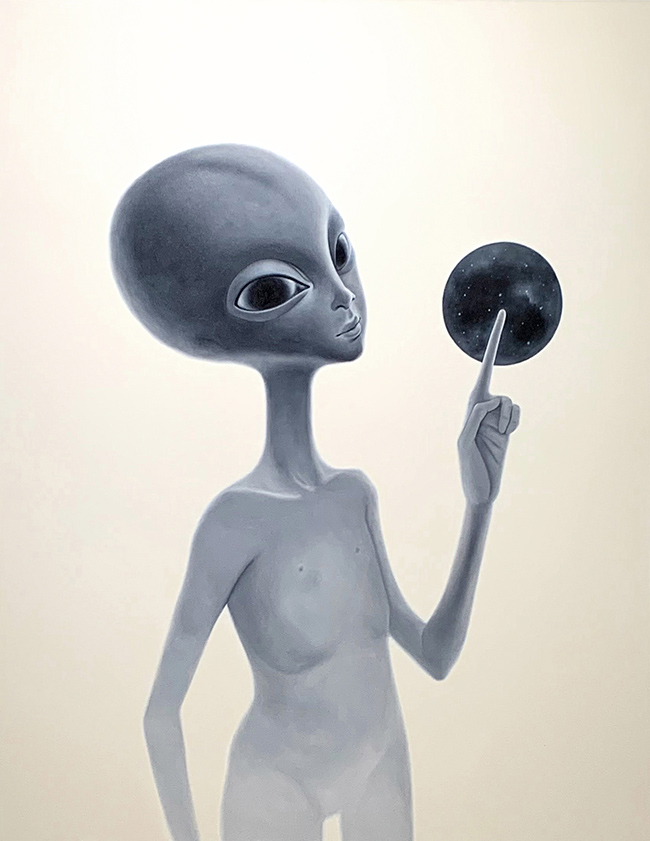 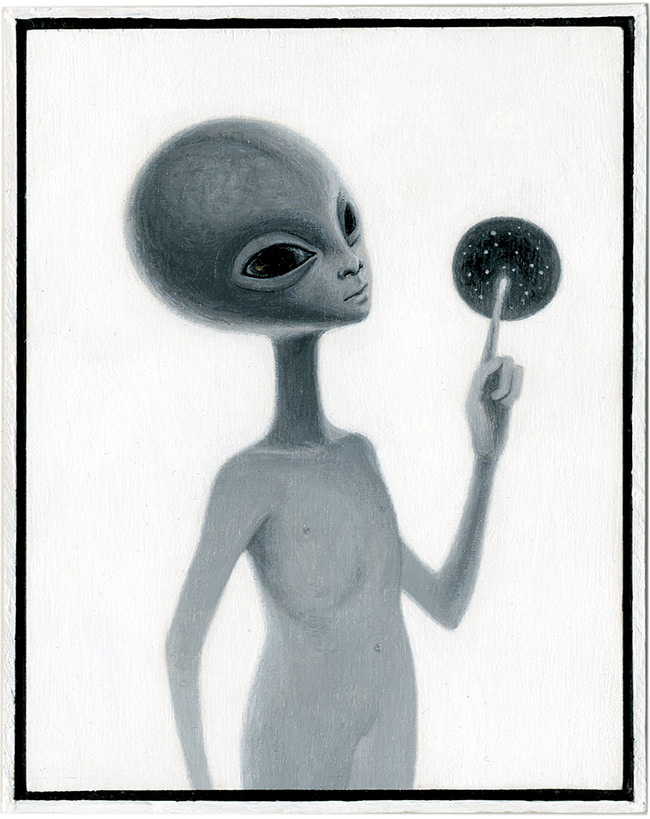 EXIT REALITY features only one human figure. My husband posed for this painting six years ago, which means The Human is 27 years old.

One night The Human awakes to find himself enveloped in warm glowing light. He is floating up through the ceiling of his bedroom towards a large round ship. “I must be dreaming” he tells himself. He is comforted by the thought, curious about what’s ahead. 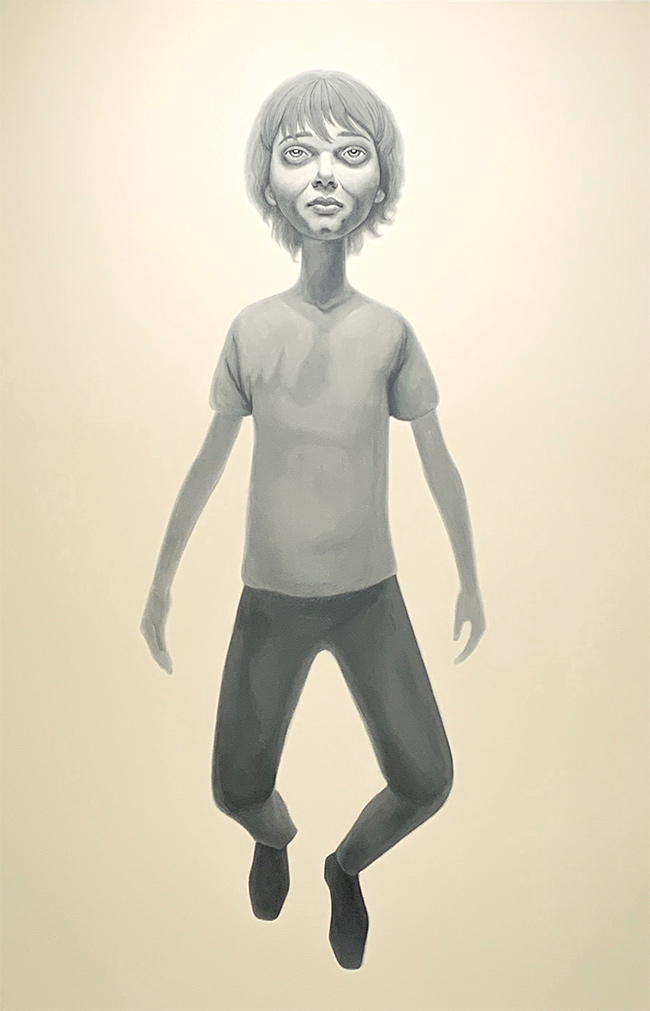 Once inside the ship, he sees a strange group of alien figures with grey skin, shiny black eyes, and large, bulbous heads. He is greeted by The Guide, who telepathically communicates to him that this is, indeed, not a dream.

Sensing The Human overcome with fear, another grey alien approaches him and tells him not to be afraid. This was always part of the plan; A Previous Agreement had been made and now it is time to meet his offspring. Before The Human can ask “WTF?” five small figures appear at the far end of the cornerless room.

The Hybrid Children look like a mix of human and alien, a little smaller and cuter than the others. The female children have wispy grey hair and the boys have smooth, bald heads. They are shy and kind, containing their excitement at the sight of their father. 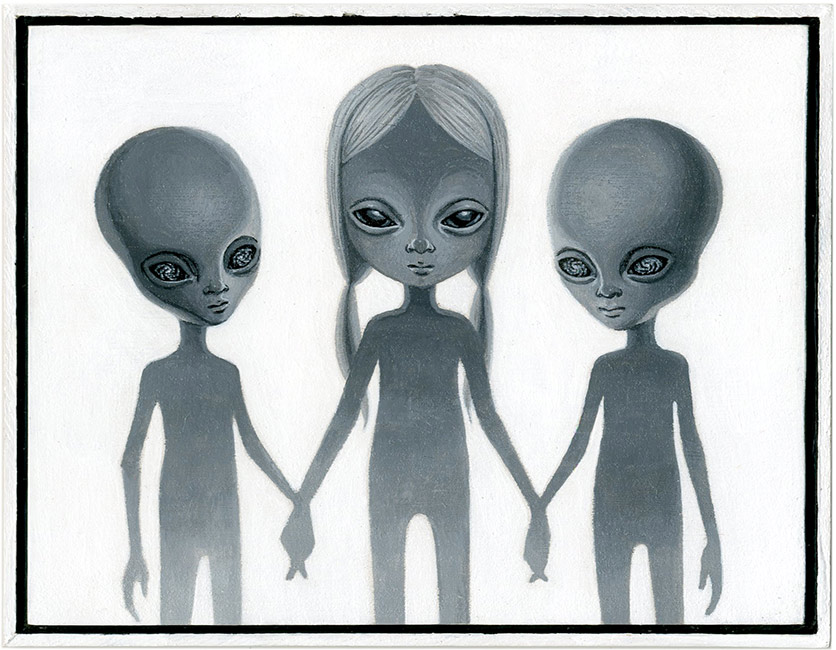 As they move closer, The Human’s mind is filled with chattering voices. The Twins are asking if he brought them any toys from Earth. The Triplets are inquiring about the furry creature with four legs, sharp teeth, and long tail. “You mean Freddy, the cat?” he asks. Suddenly, the voices stop and the Hybrid Children are in the back of the room again.

A large but silent figure looms over him. She has the body of a human woman but the similarities end there. Her head looks like a giant brain with veins for hair and glowing white eyes. “She is The Mother” the voice of The Guide startles him.

The Human reaches out to touch her grey skin but feels nothing. “This must still be a dream” he thinks to himself.

For more Ana Bagayan awesomeness, please visit our ‘Friends of WOW x WOW’ page, where you can learn about all about Ana’s Dollhouse! You’ll also be treated to an exclusive WOW x WOW discount code, which will enable you to claim a 10% discount on any of Ana’s fabulous miniature paintings on display in her Dollhouse gallery! 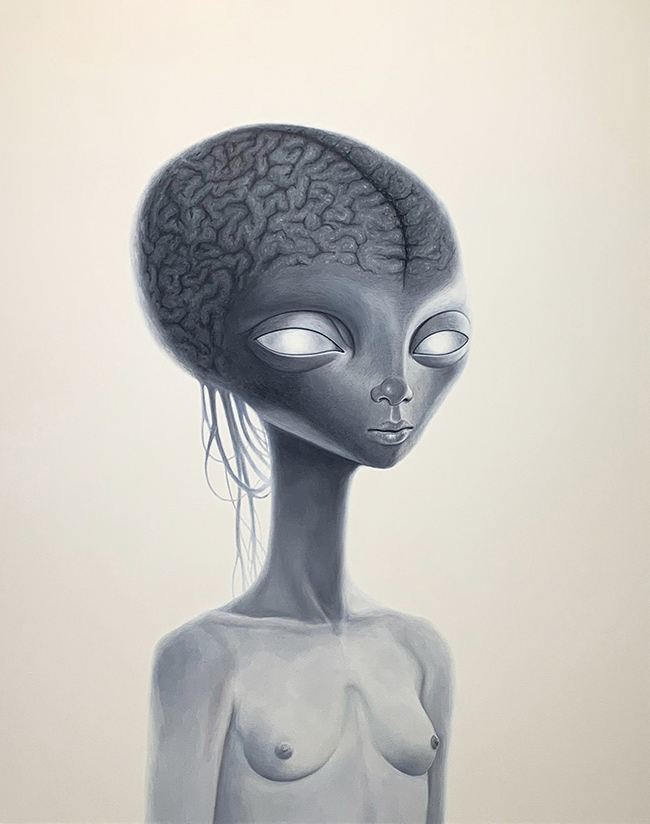 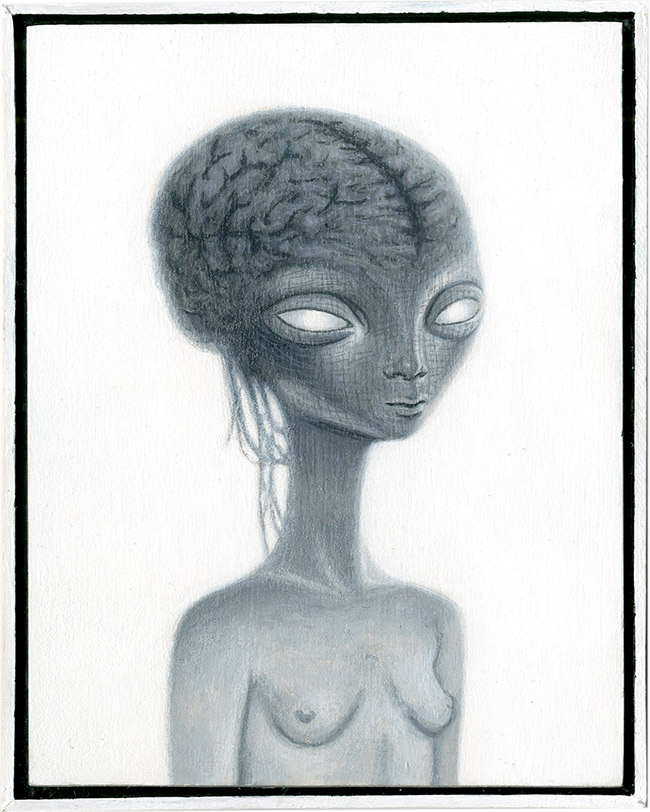 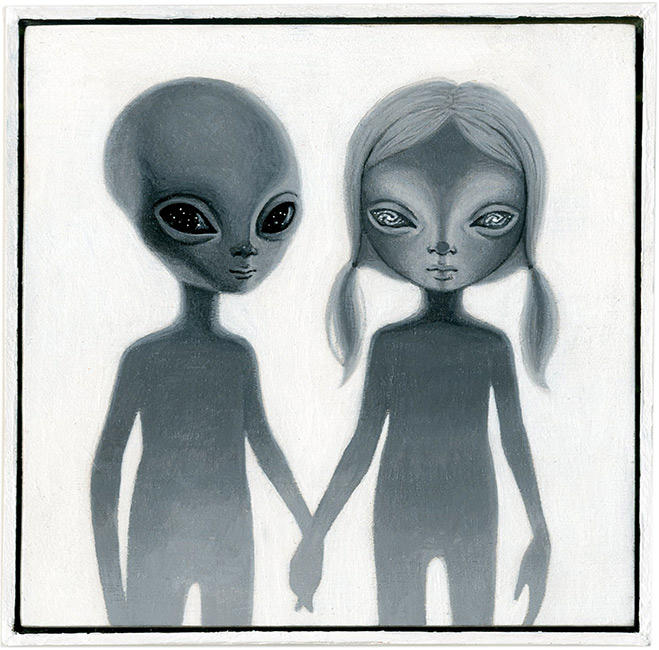 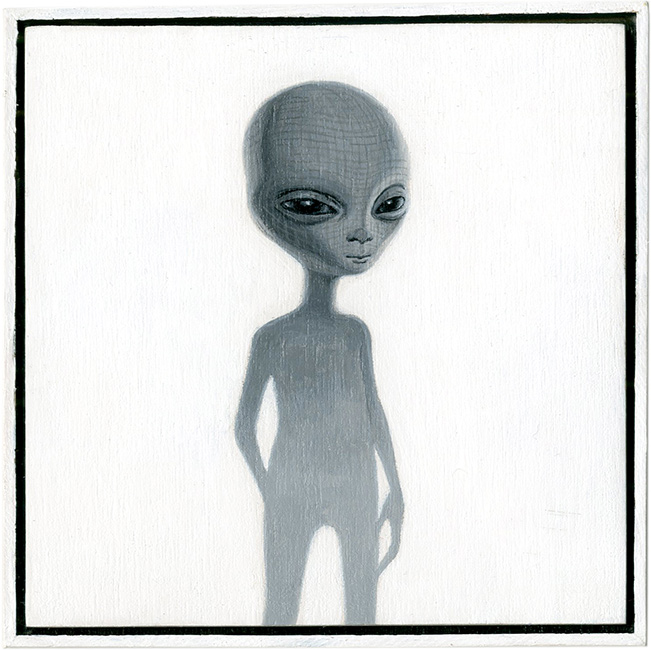 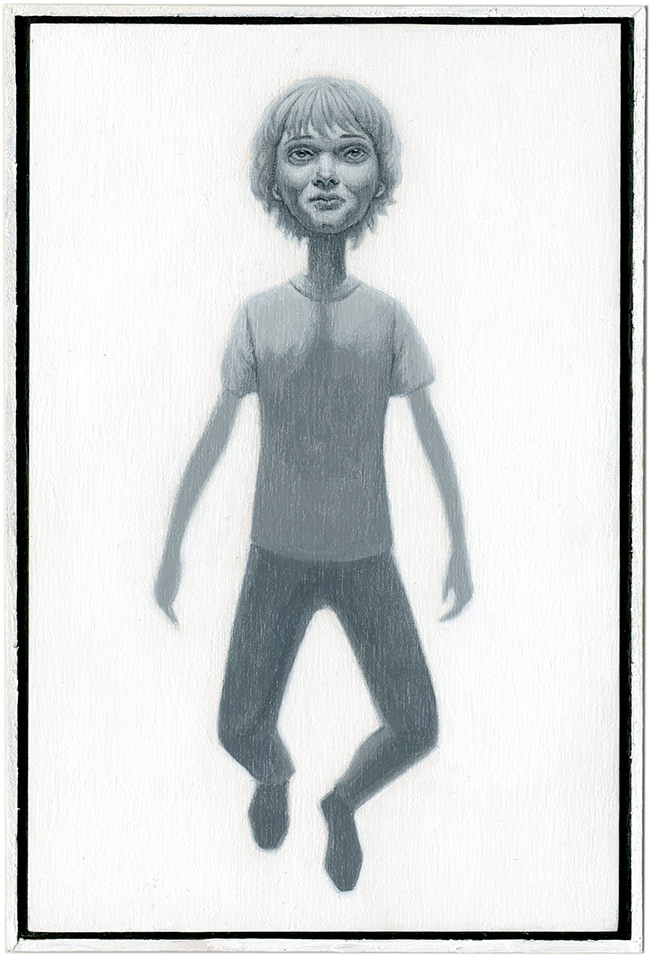 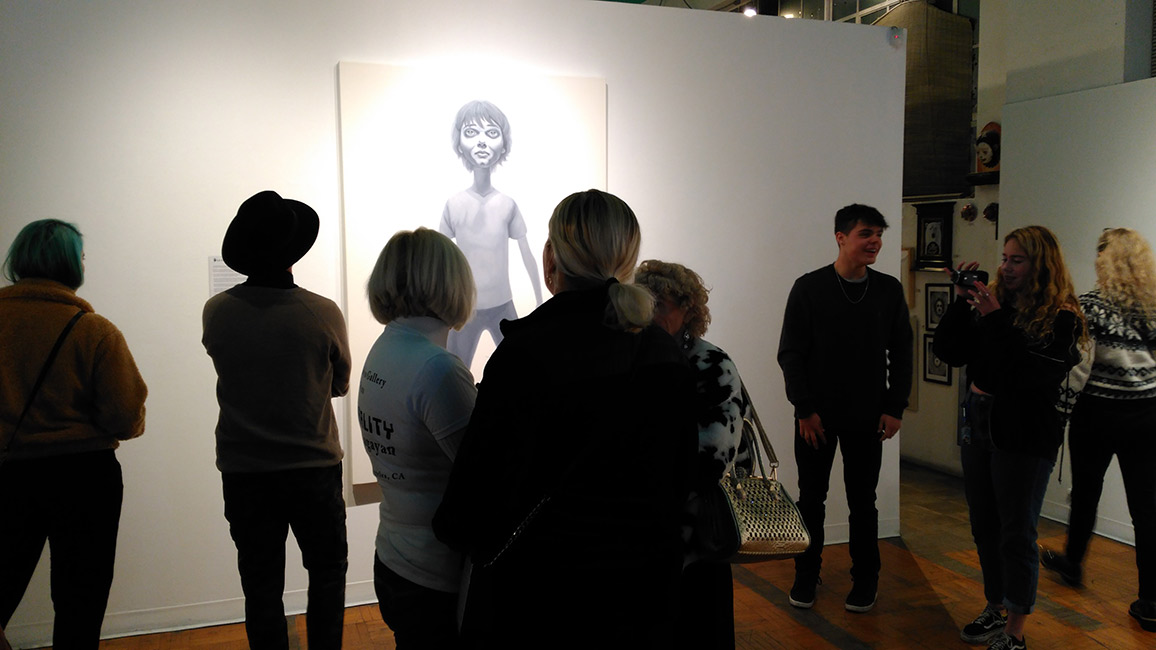 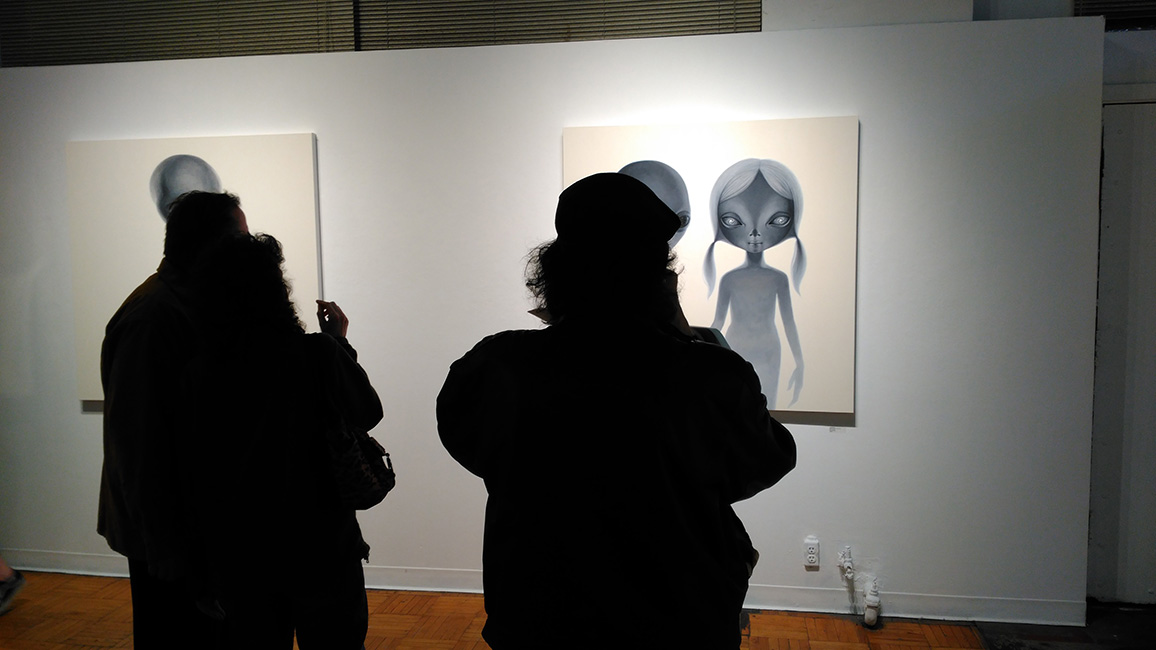 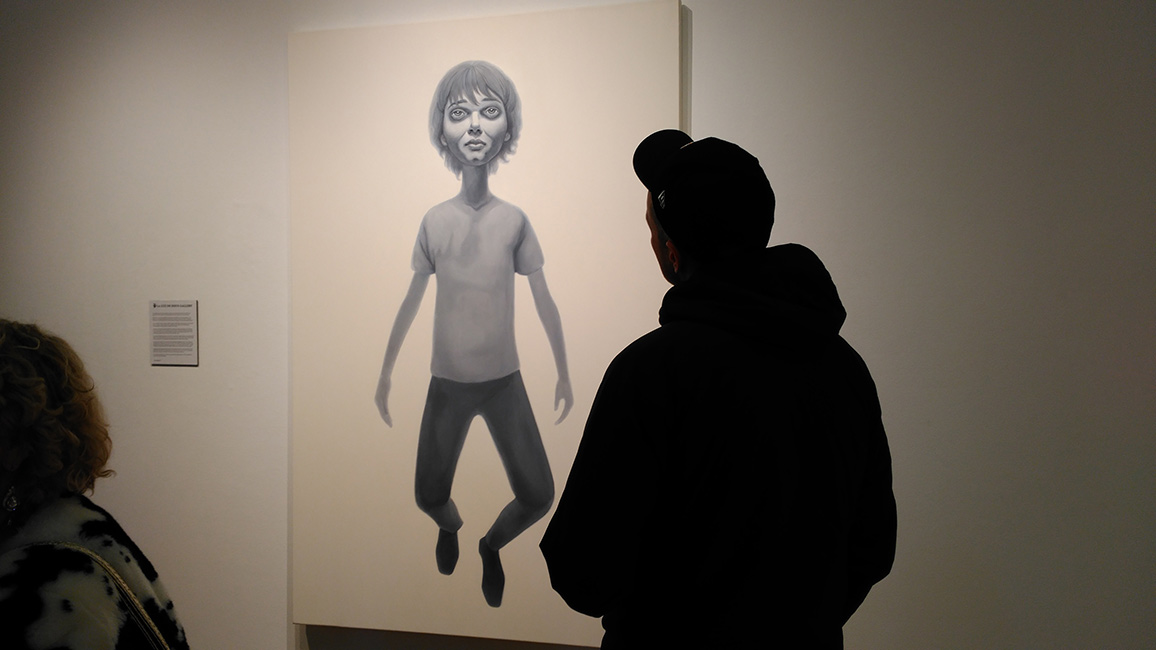 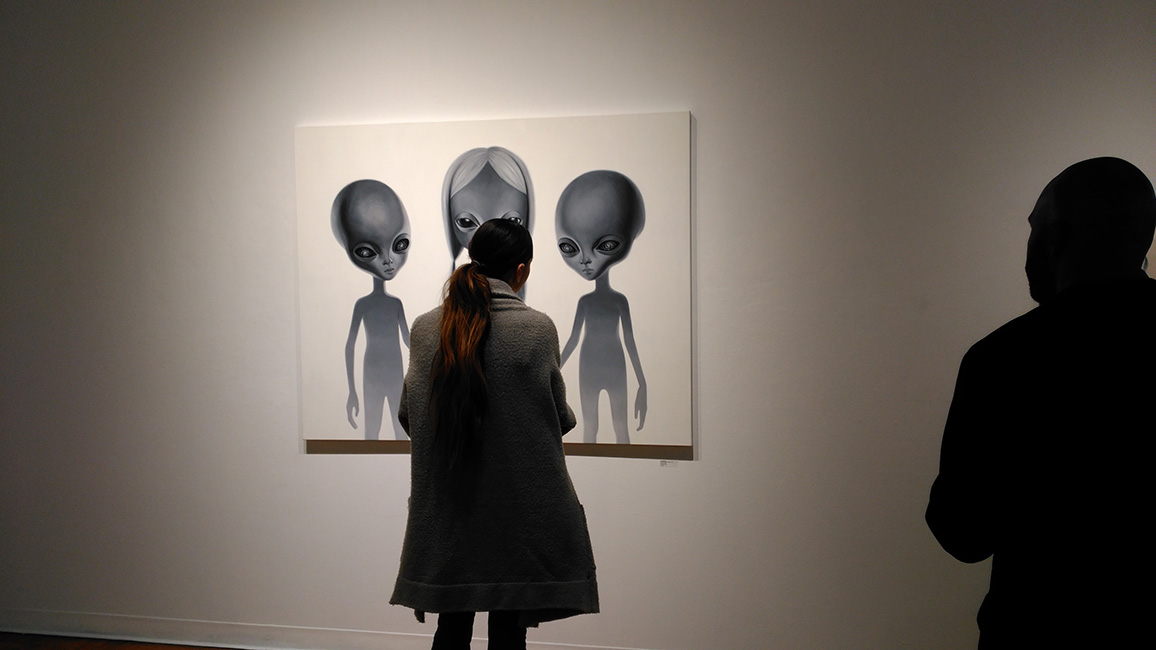 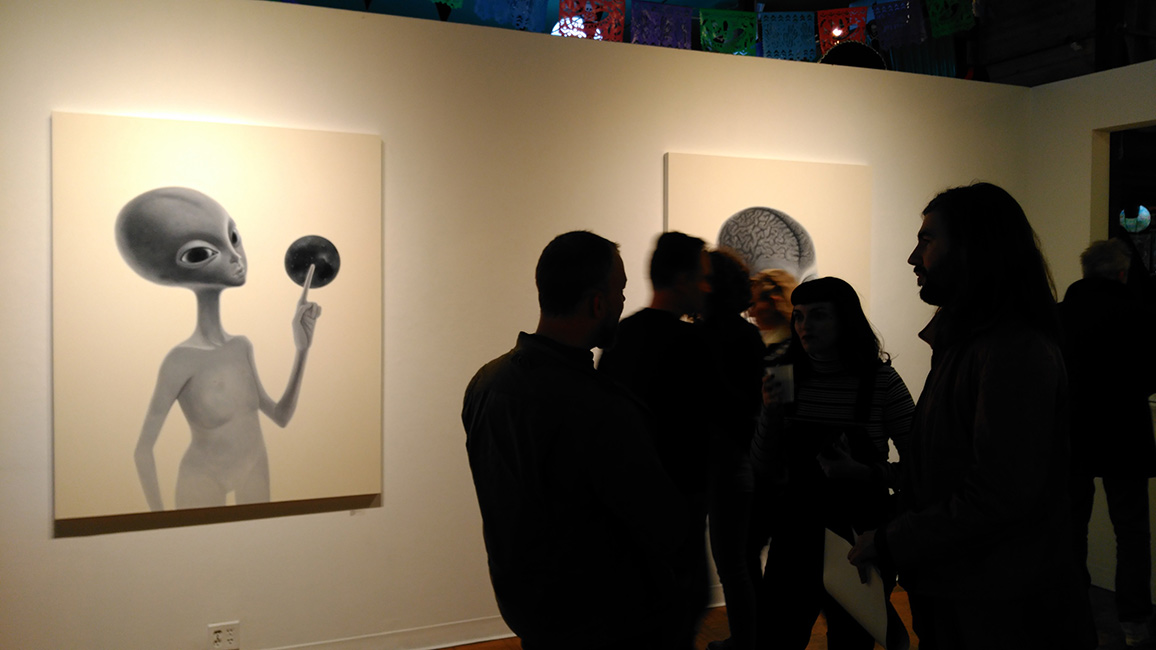 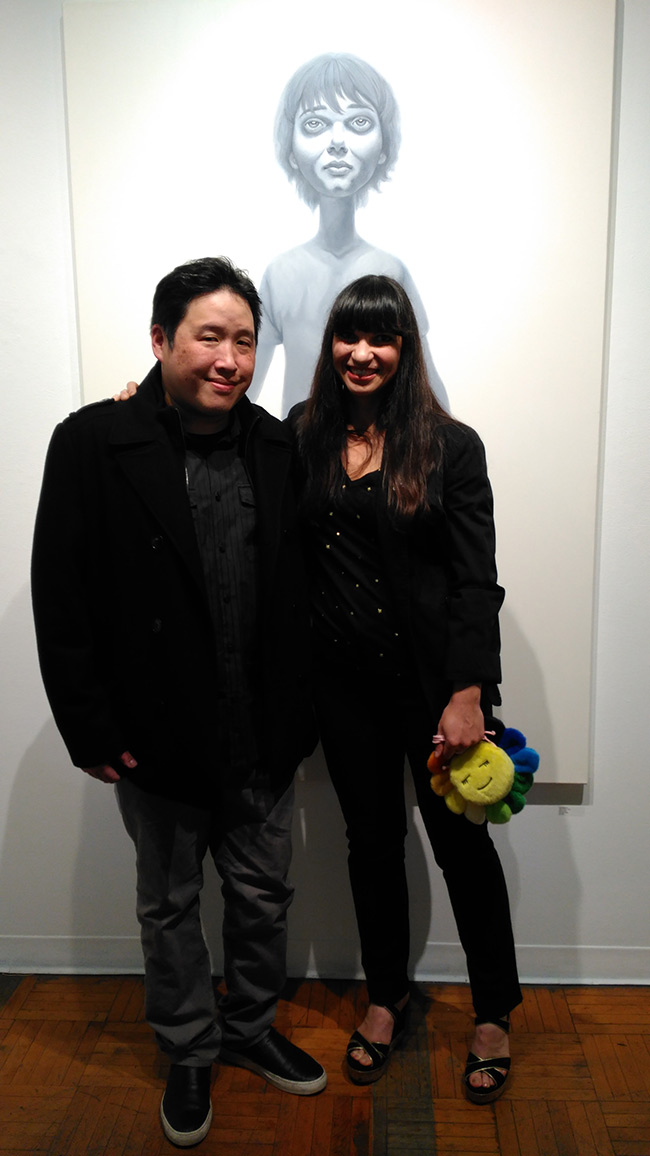 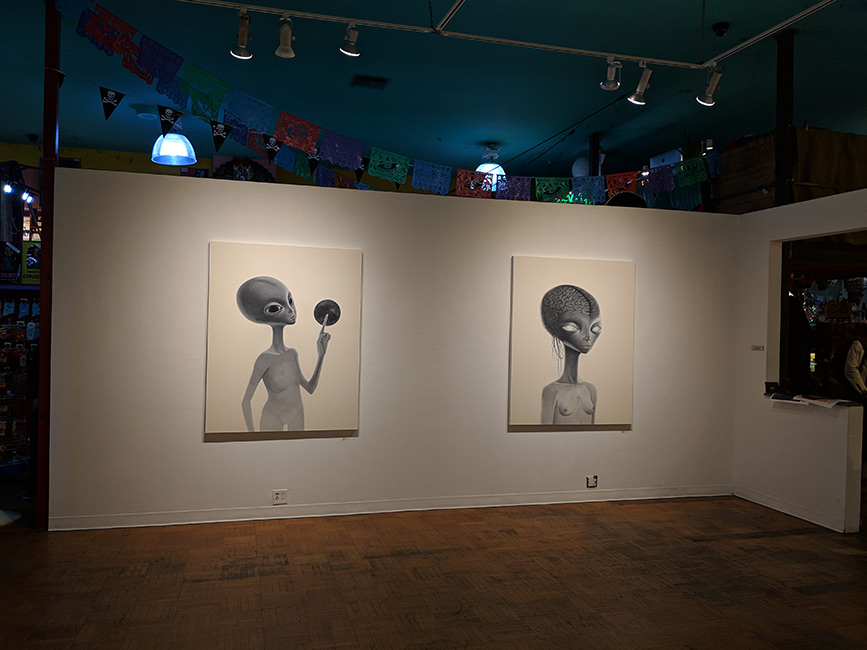 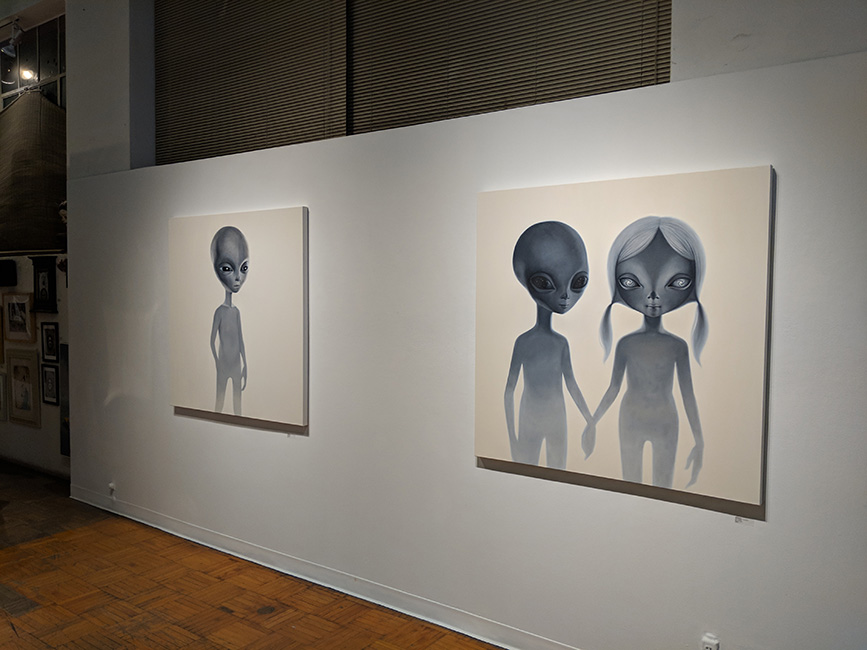 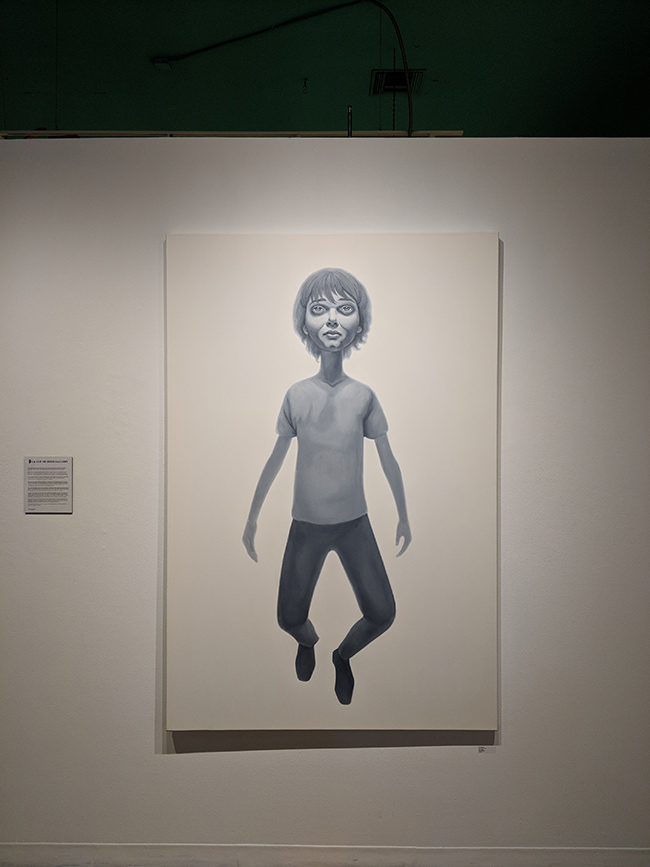