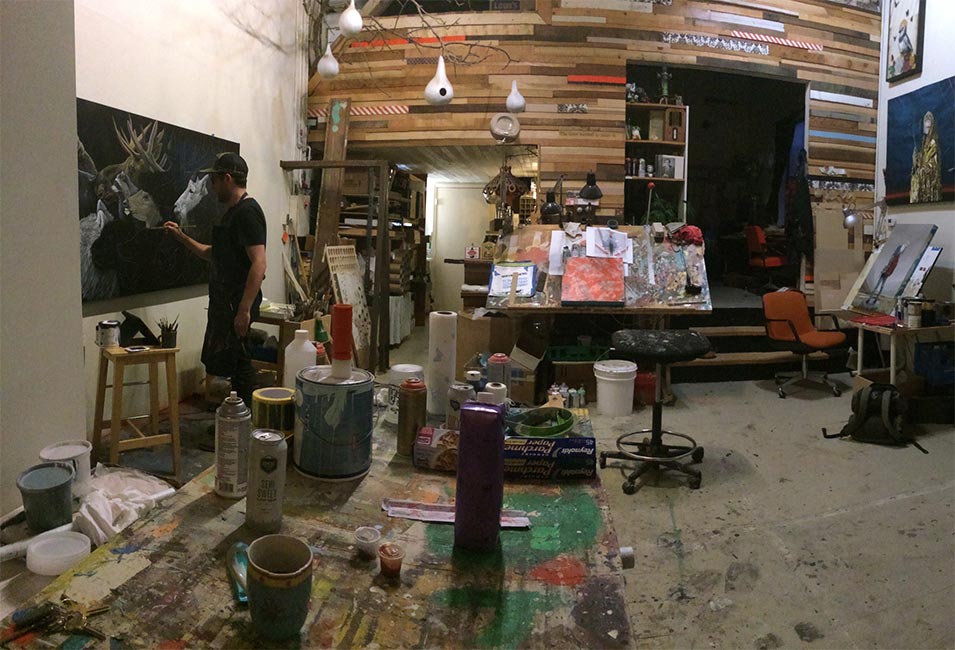 ‘A Retreat Back to Analog’ by David Rice

I remember walking into my first day of Intro to Art class at the University of Colorado back in 2004. I was so excited to finally get a chance to take my love of art from just a hobby to a career. As I sat there waiting for the grad student who was teaching the class to run through the syllabus, I couldn’t help but romanticize about the possibilities of living a life where I get to turn thoughts in my head into physical works. Then the teacher addressed the class and I will never forget what she said. She told us it is almost mathematically impossible to make a living as a fine artist. We would need to approach the pursuit of a Fine Art degree with more of a commercial mind set. How we would need to use the skills we learned in class to make someone else’s vision come to life. This crushed me. I immediately switched gears from my pursuit of Fine Art to a more digital/commercial field. I traded my pencils and brushes for a tablet and mouse. This was still something in the Art genre, so I figured I would get the same satisfaction out of that work as I did from my fine art. I graduated with an emphasis in digital art and worked sparsely in that field for the next several years.

In 2012 I was offered the opportunity to move to Portland to work for a renowned illustrator on a wide array of projects. Unfortunately, that job only lasted about 9 months before the work dried up and my boss could no longer afford to have me work for him. It was at this point I felt like I needed a change of pace. I wasn’t getting the same satisfaction from working digitally as I did when I was scribbling around in a sketchbook. I needed a retreat back to analog; a physical connection with the piece in front of me. 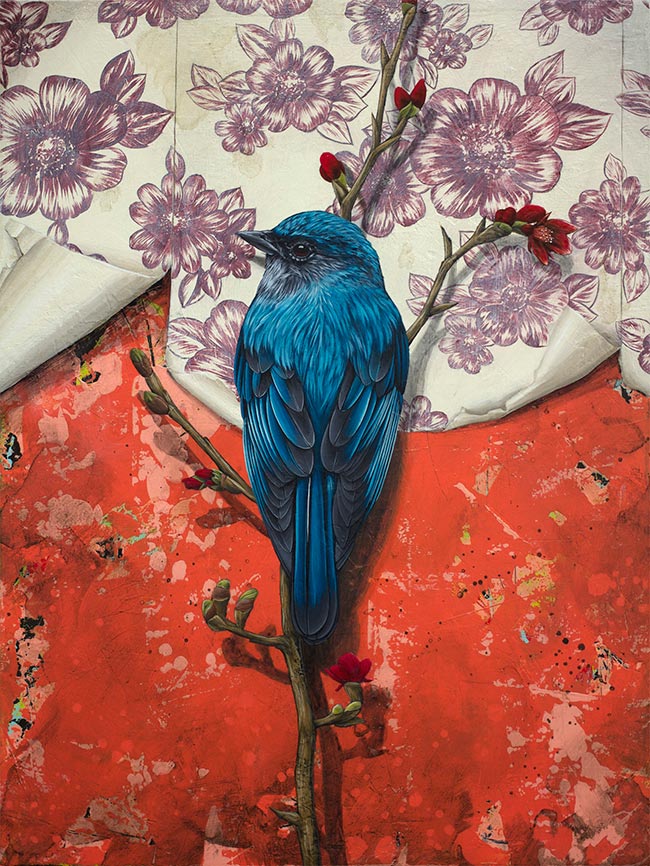 It was at this time I reached out to one of my all-time favorite artists that I had admired for years and who happened to be living and working in Portland, Blaine Fontana. Through several emails and meetings I made my case to him about how I needed a departure from the digital and a re-connection with the physical. It payed off and he brought me on as his studio assistant at the end of 2013. Over the next year I would learn more from Mr. Fontana than I did in four years of college. You often hear about the ‘jack of all trades, master of none’, well Blaine is a ‘jack of all trades, master of ALL’. Being able to learn from such a versatile artist has given me the opportunity to work in mediums I never thought I would even be interested in. During my time working for Blaine we did everything from studio works, murals, branding projects, sculptures, and even interior design. I am so grateful for my time with Blaine and am now honored to see my friend and colleague every day in our shared studio space. 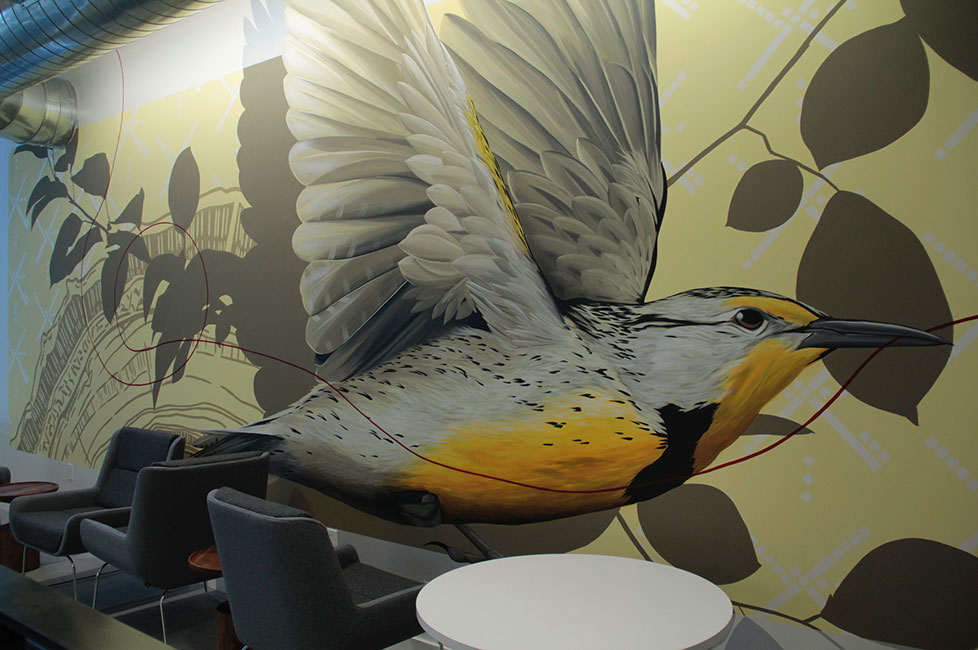 After developing the skills to portray my art, I needed to discover what it was I wanted that art to say. Most of my work is drawn from experiences I had growing up as a kid in western Colorado. I grew up in the mountains surrounded by wildlife. It was always a fascinating experience to see a fox or big horn sheep in its natural habitat. To have deer walking through your yard and bears sleeping in trees outside the local shops. I felt like these creatures were more than just props in a pretty setting. They had goals and fears. They had personality. I wanted to portray their individuality in my paintings, bringing their connection with humans to an even playing field, rather than them being thought of as ‘less than.’ Paintings portraying wildlife and nature is nothing new. I wanted to bring these subjects outside of the traditional landscape scene and put my own take on it. I use a lot of faded wallpapers and layered backgrounds in my work. These represent the surrounding environment. Once pristine, now starting to fade. 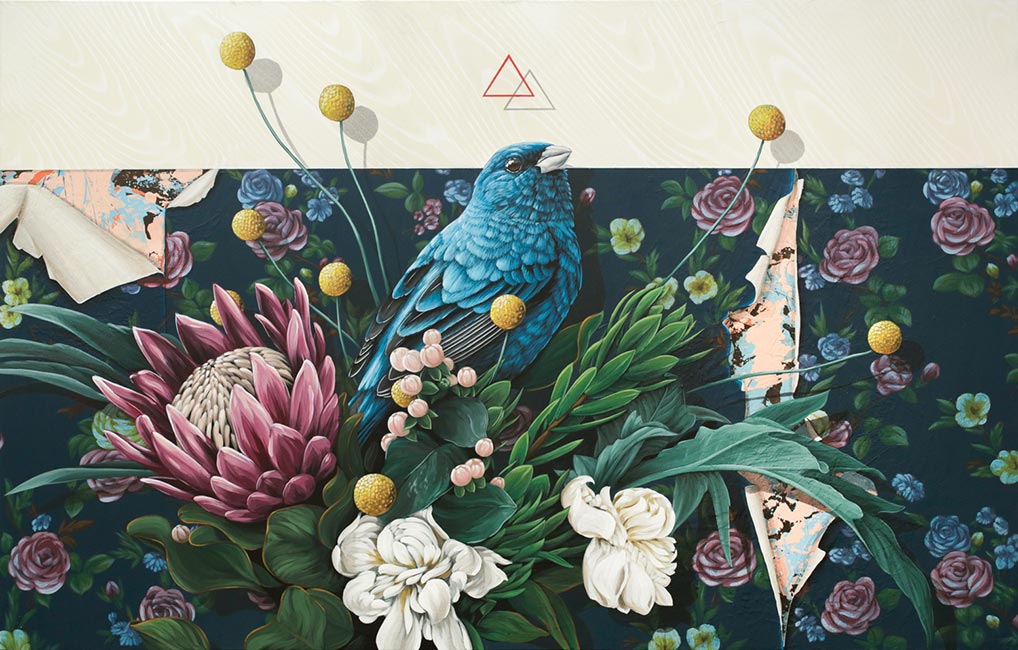 As I grow as an artist I feel the direction of my work is starting to shift. I see myself creating more of a narrative in my works. I want there to be more of a story to interpret from the piece. I have started to make that shift by introducing more figurative subjects into my work and create a tangent between the natural world I have already explored, and its connection with the humans that share it. I want to pair the physical world we see with themes we cannot see, such as time. I don’t think I will ever get bored or painting animals and I think there will always be an audience for it. I would honestly be fine painting birds for the rest of my career. But as I grow, so does my work and I am excited to explore some of these new themes and directions. 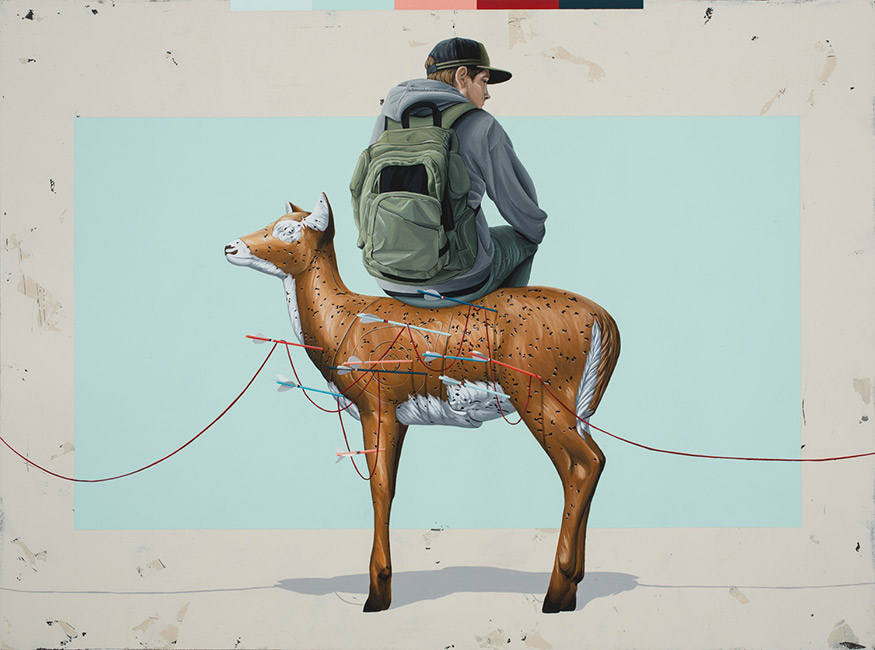 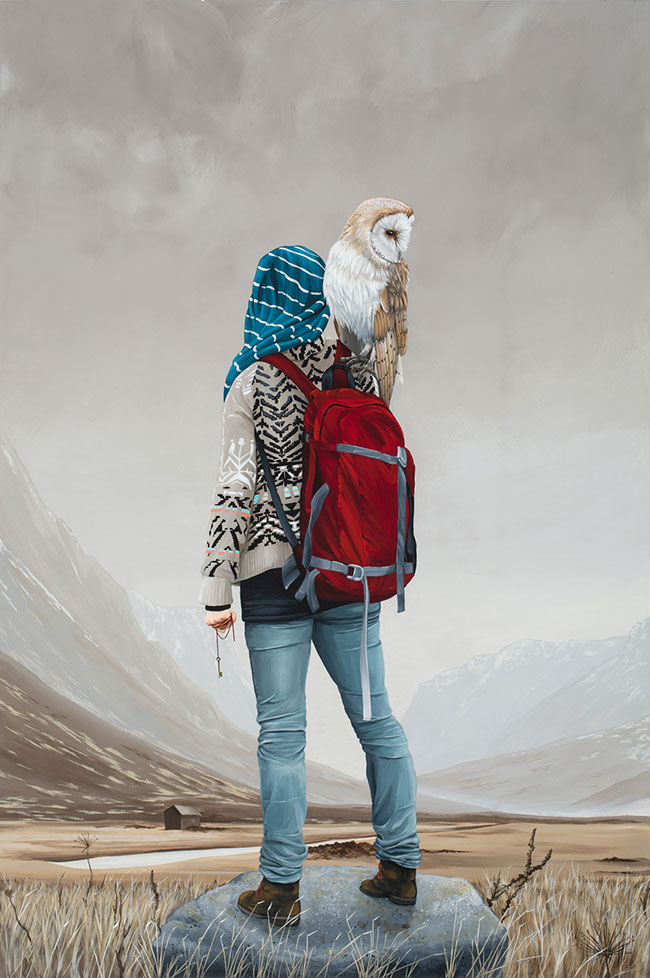 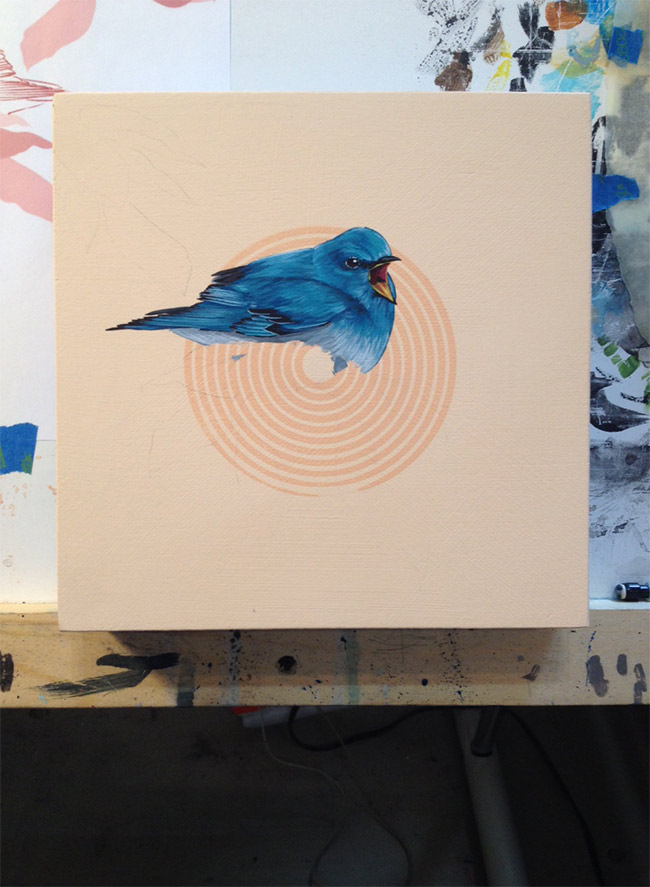 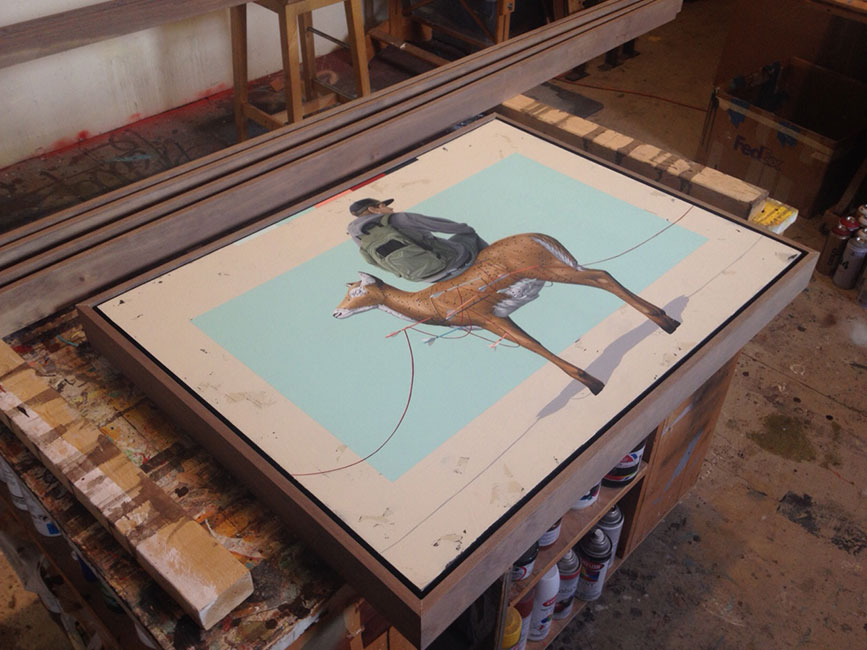