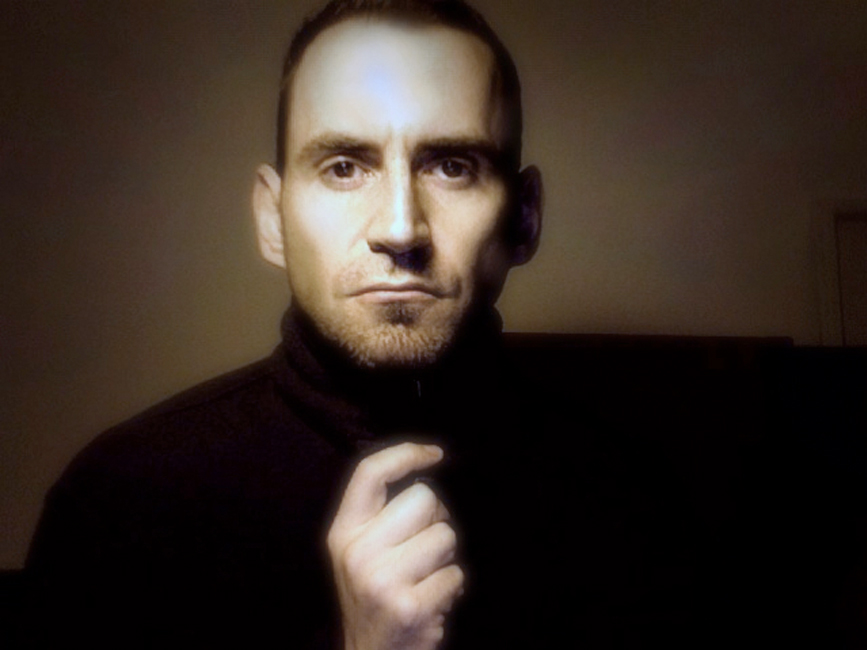 ‘Scratch’ (Anatomy of a Painting) by Troy Brooks

I don’t usually indulge in revealing the symbology of my work. Apart from not wanting to air my own dirty laundry, for which I have developed a thick visual vocabulary to camouflage, I feel it can potentially distract the viewer from building their own narrative. But this series is a bit different for me in that it also deals with broader cultural themes.

When I was in college I took part in an operetta called The Devil and Daniel Webster. It was an old Faustian tale about someone who sells their soul to the devil. In this story the devil’s name is “Old Scratch.” I remember thinking that name seemed very evocative and a perfect pseudonym for a devil. Cut to many years later, I’m reading a book by the Buddhist nun Pema Chödrön and she talked about “Shenpa,” which she described as an itch generated by the ego. An itch that gains a powerful momentum once you start scratching and eventually gets you to a place where you feel stuck, leading to all sorts of shadowy momentum.

This year my new girls have drawn a heavy parallel between these two things. The paintings in this series look to me like Liturgical dramas, and as a whole they seem to be asking the question – What if the devil, “Old Scratch,” was really just meant to be a cautionary metaphor for the out of control, dissociative ego?

In the title painting for this series, “Scratch,” the figure is addicted to superficial pursuits – youth, fame and beauty, always a cultural preoccupation, but in recent decades I feel has become an almost obsessive mental illness of global proportions. The celebutantes with no talent besides appearing in the tabloids have eclipsed the creative community as far as the masses are concerned. In the background, by contrast, is the ultimate in virtuous female archetypes, predictably stripped of her sexuality. This is a broadly swinging pendulum between virgin and whore that I feel is at the core of many global issues, revealing how fragmented and incomplete these archetypes are. I’m not interested in disrespecting anyone’s faith but the banana peel on the ladder is just my own personal attitude regarding religious idols and worship. 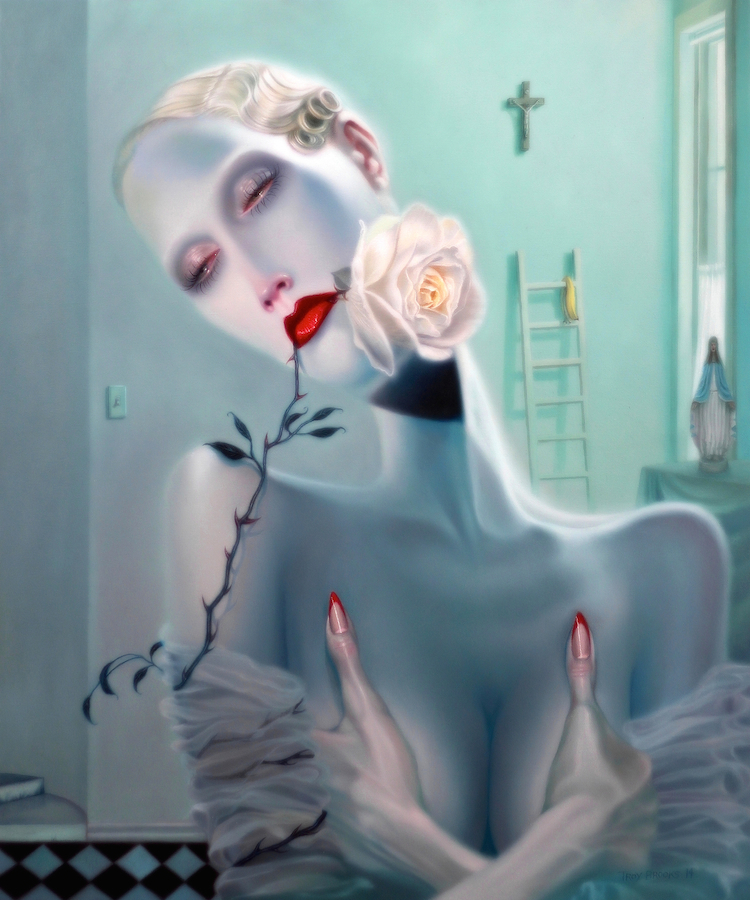 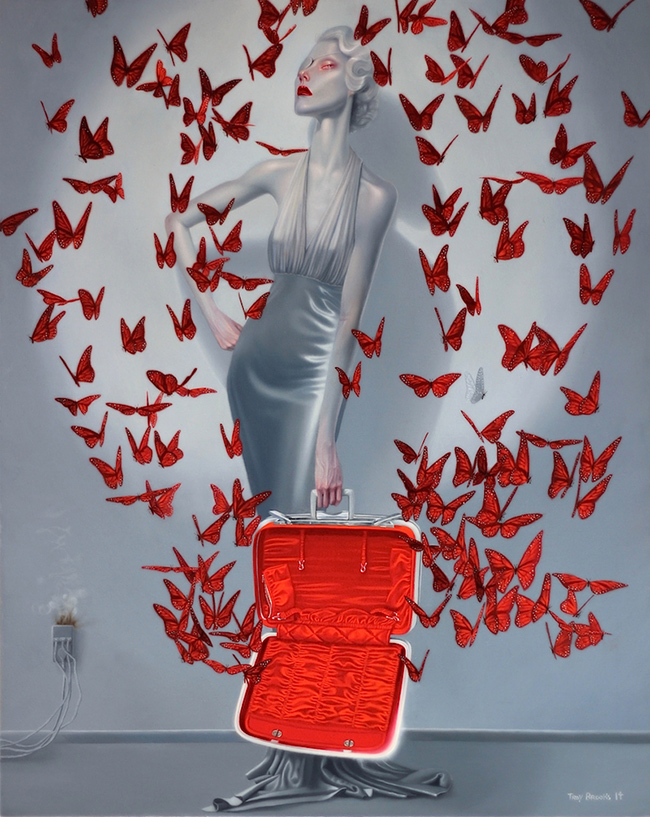 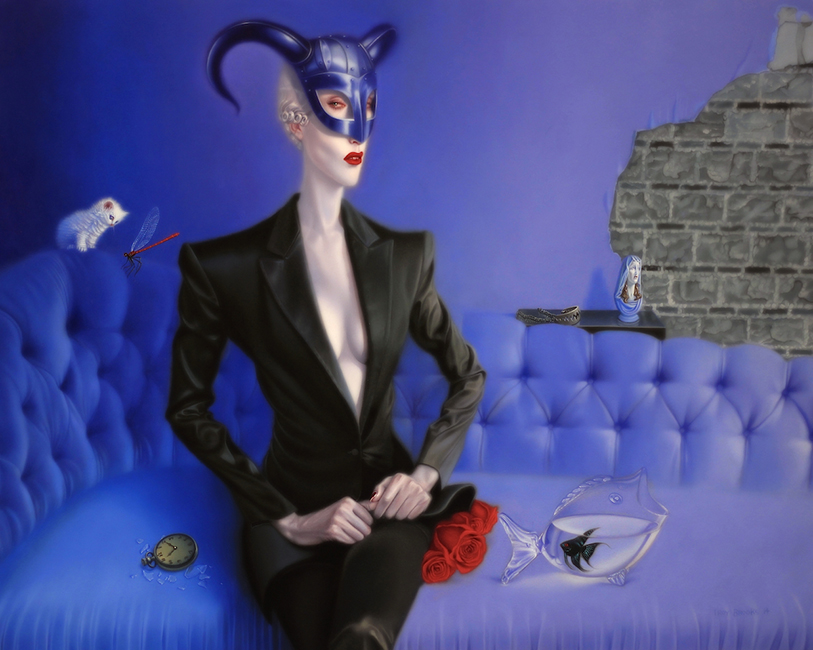