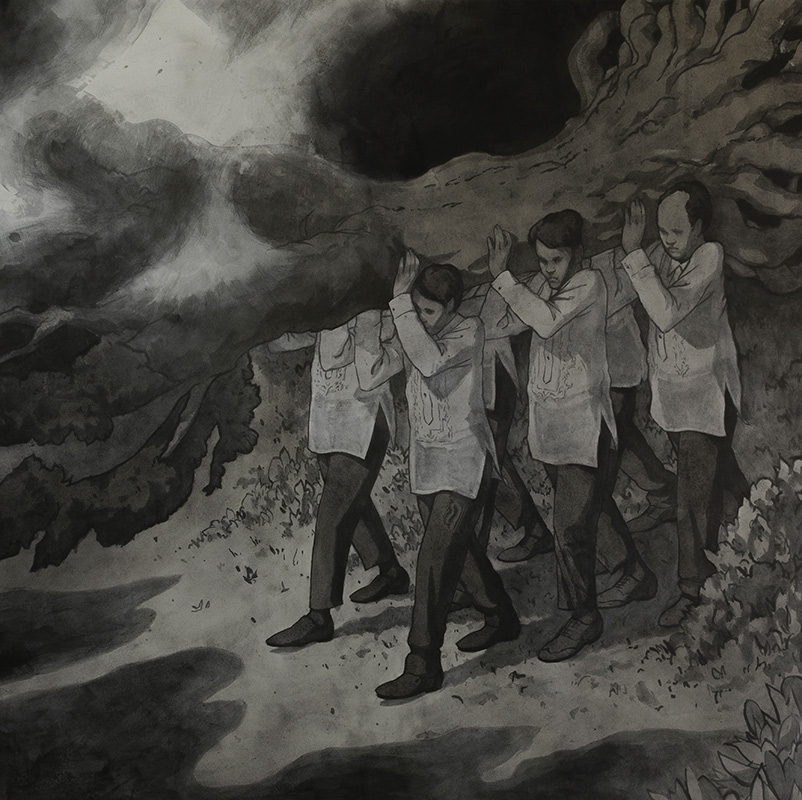 The figurative fine art and illustrative works of Filipino American artist Leonardo Santamaria, envelop us with their palpable atmospheres and entwine enough tendrils of intrigue through our minds to immediately draw us into their captivating narratives. A master of colour, Santamaria employs everything from subtle and permeating monochromatic tones to arresting swathes of vibrancy in his endeavours to bolster the emanation of mood and ambience from imagery already compositionally innovative and bold. Santamaria’s ambiguous, challenging and often seemingly portentous tales, dig deeply into the complexities of the of the human condition, offering intelligent, multi-layered insights and a wealth of opportunity for deliberation and introspection.

Leonardo Santamaria is an artist and illustrator currently living and working in Los Angeles, California. Along with his twin brother, Leo was born in Manila, Philippines and at a young age, he and his family emigrated to America and settled in New Jersey. Soon after, they moved to Southern California where he eventually made his way to study at ArtCenter College of Design. Since 2013, Leo has exhibited his work across the US in galleries such as Gallery Nucleus, Spoke Art and Giant Robot. As an illustrator he has built up an impressive list of clientele, including, The New York Times, Harmonix and Vanishing Angle Films.

WOW x WOW is overjoyed to have a brand-new painting by Leo in our current exhibition of square artworks: WOW². ‘Pallbearers’ is an ambitious 40” x 40” piece centered on a fascinating narrative filled with foreboding. We hope that you enjoy learning more about Leo and his work in the following exclusive interview. 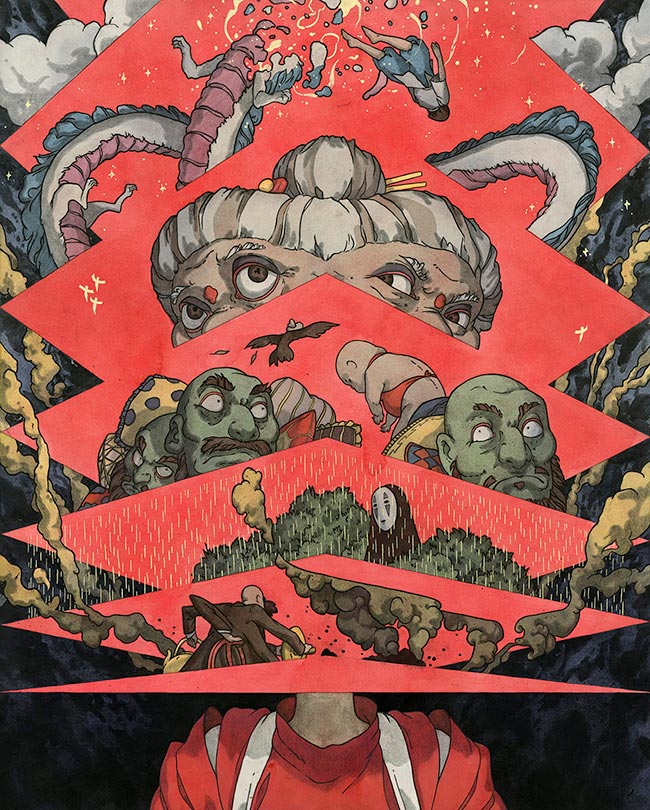 Hi Leo, thanks very much for making the time to have a chat, we really appreciate it. To get us started, can you give us some background on what has lead you to this point in your professional life, be it your formal training, hard work, serendipity, etc.?

I think I’ve gotten to this point so far through a combination of hard work, perseverance, and a rigorous education. Going to ArtCenter College of Design was one of the best decisions I’ve made in my life and then making the most out of it being the second-best decision. The serendipitous part of the process was learning about art school. Had a certain professor in community college never mentioned it, things would definitely be different. 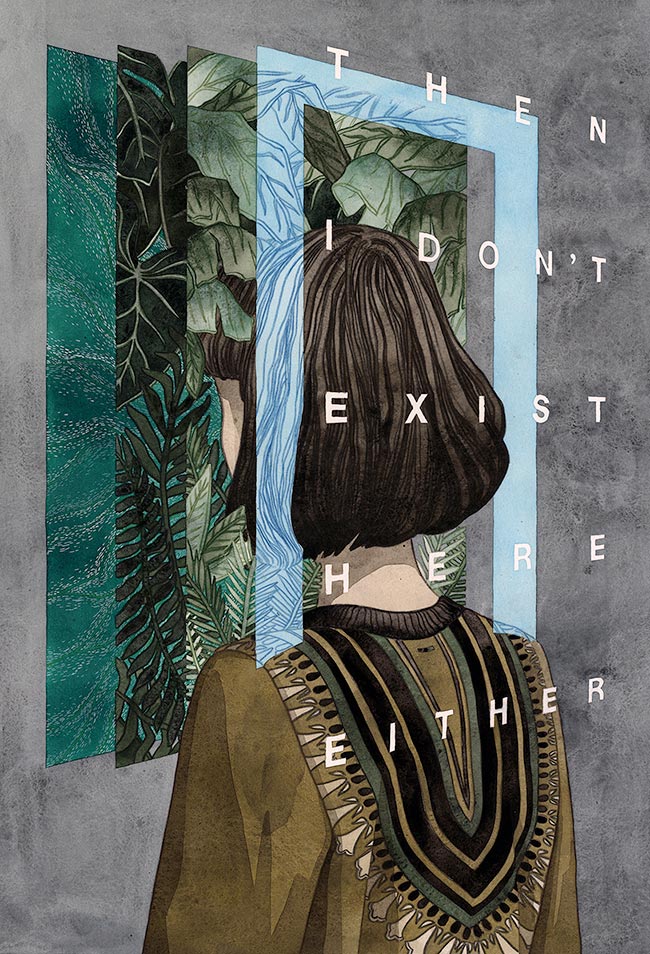 In third grade, I was invited to enrol in the GATE Program (Gifted And Talented Education) but to my parent’s dismay, I ended up failing consistently and being near the bottom of my classes all the way to the end of high school. The important thing was that throughout all this, I always found solace in drawing in my school notebooks and homework. In community college, my life changed when I learnt about art schools and the idea that an art career was a very possible and legitimate thing to work up to. It gave me somewhere to belong. 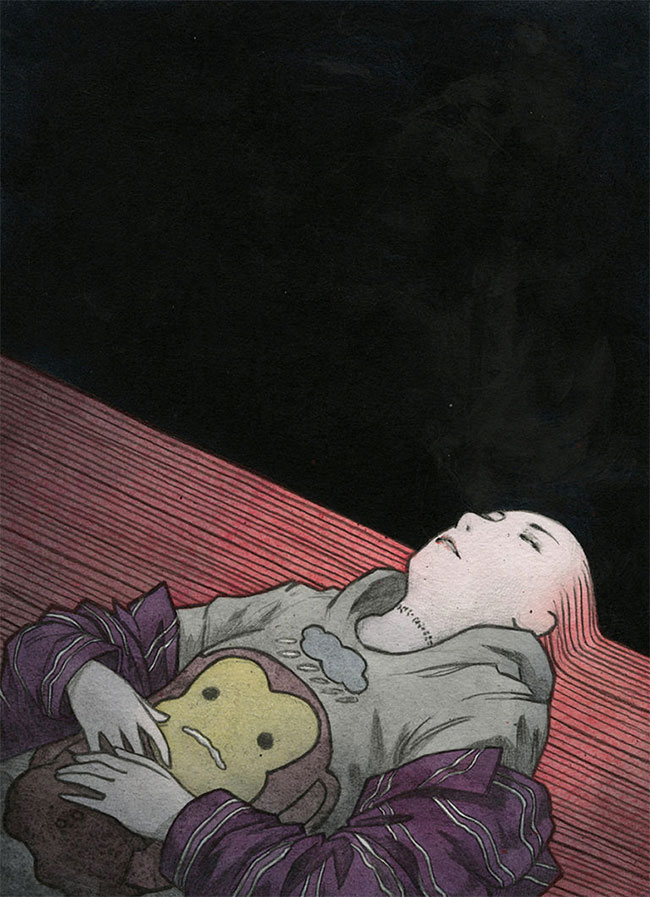 We’d love to hear you talk about the themes and ideas that you’ve been enjoying exploring in your recent work?

Right now, I’m percolating some ideas about the next body of work I’ll be making based on the idea of the Filipino American and my relationship embodying that state. The thing about being a Filipino American is that, in a way, you’re already Asian American before you immigrate to the States due to the Philippines’ colonial history. So then when you have Pinoy people immigrating to the U.S. (ex. me and my family), that identity is further discombobulated.

I think right now is also an especially interesting time to make work reflecting Fil-Am issues as the Duterte administration has repeatedly affirmed its status as a sovereign nation in response to the American government’s pressure on the Philippines to reconsider its response to their drug war.

As both an illustrator and a fine artist, do you compartmentalise these as two separate aspects of your creative output, or do you feel that these terms are redundant and that the word ‘artist’ sufficiently encompasses what you do? What are your thoughts? 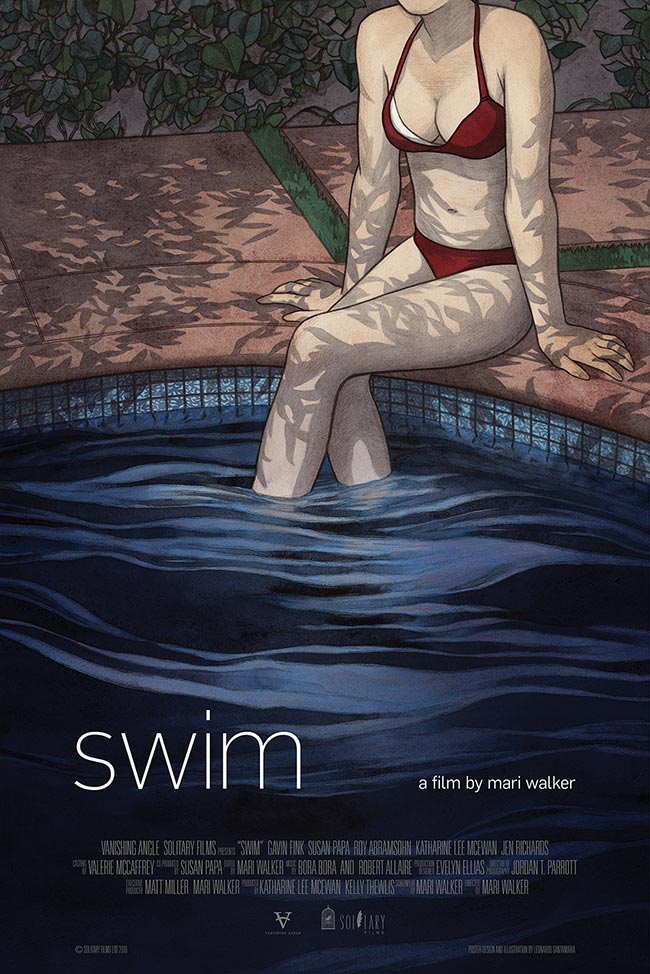 What gives you the impetus to sit down and pick up a pen or a paint brush? Do you only work when you have an idea or a deadline to meet, or do you start working and let your images unfold in a more organic way? How does the creative process work for you?

Honestly, it’s hard! Recently, I read a book called ‘Manage Your Day-To-Day: Build Your Routine, Find Your Focus, & Sharpen Your Creative Mind’ and inside it, was a section on perfectionism. In that chapter, they listed the different traits of perfectionism in a creative practice and I realized that my studio practice ticked all of those boxes. When we hear the word perfectionist, we might first think of it as a way to say that we’re too caught up with making our work as great as it can be that it holds us back a little… but instead I see perfectionism now as detrimental to creating consistent work independently. 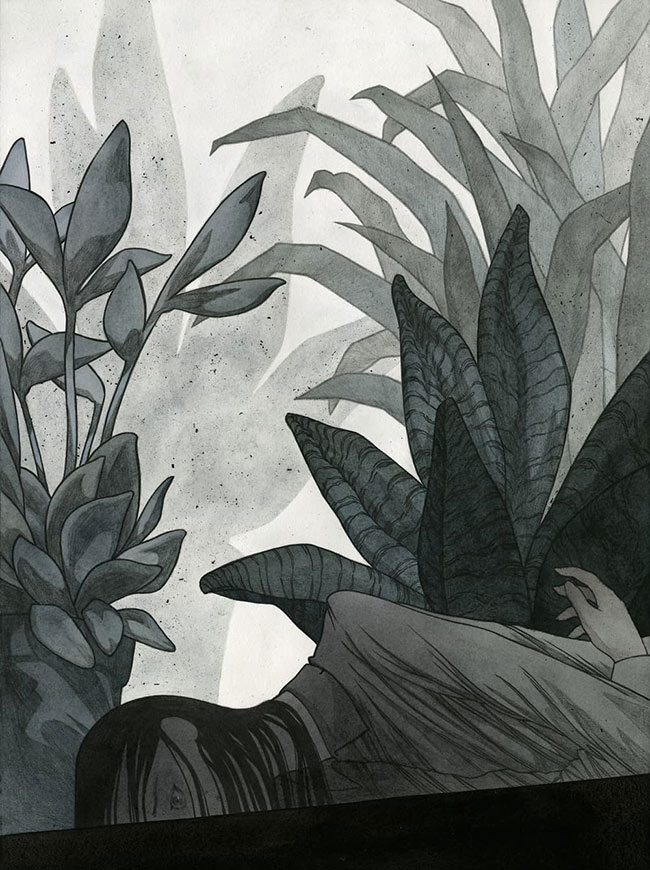 Narrative is at the heart of the art you make. It would be great to hear about what initially got you interested in visual storytelling. Also, what would you say are some of the most important ingredients that go into making a successful visual narrative?

Creating narratives, I’ve learned, is the way my artistic voice thinks pictorially. I think as far as important ingredients go in terms of visual narratives, it’s the same as it is with music, film, photography, and other arts. When you can see and discern these ingredients from these other modes of art, then you start to see things differently. 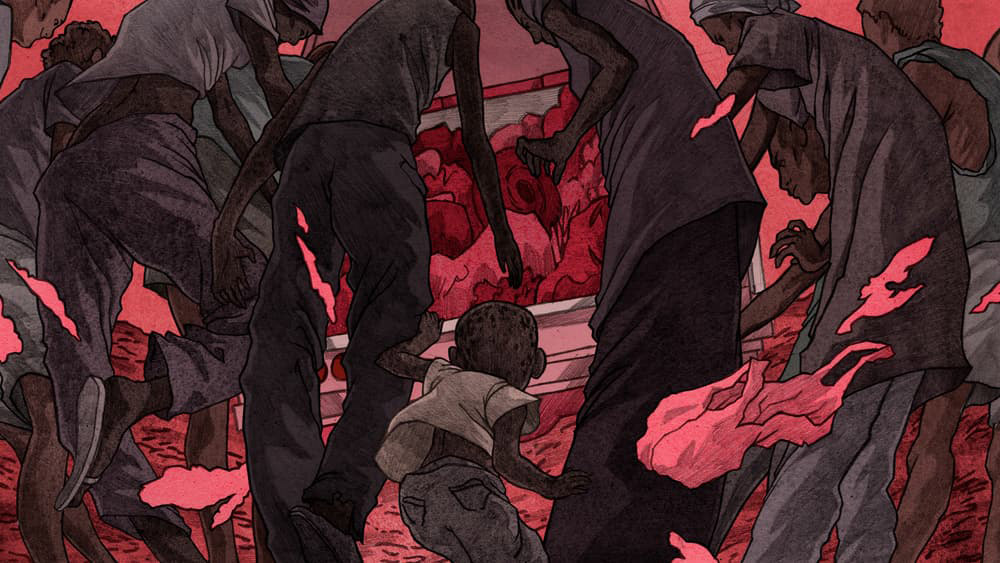 I used to be obsessed with PC gaming and World of Warcraft, Runescape, and first-person shooters. I think at the heart of my work is a sense of role-play fantasy.

What has been the most exciting life and impact you have you witnessed any of your art take on once it has left confines of your studio? What kind of feelings do you have about letting your creations go and live their own lives in the big wide world?

I think being done with a piece and letting go is as rewarding as it is making it. Also, when someone is honestly critical about the work you’ve made, but at the same time they completely ‘get it’, that’s a lot more rewarding to me than when your work is shallowly appreciated. 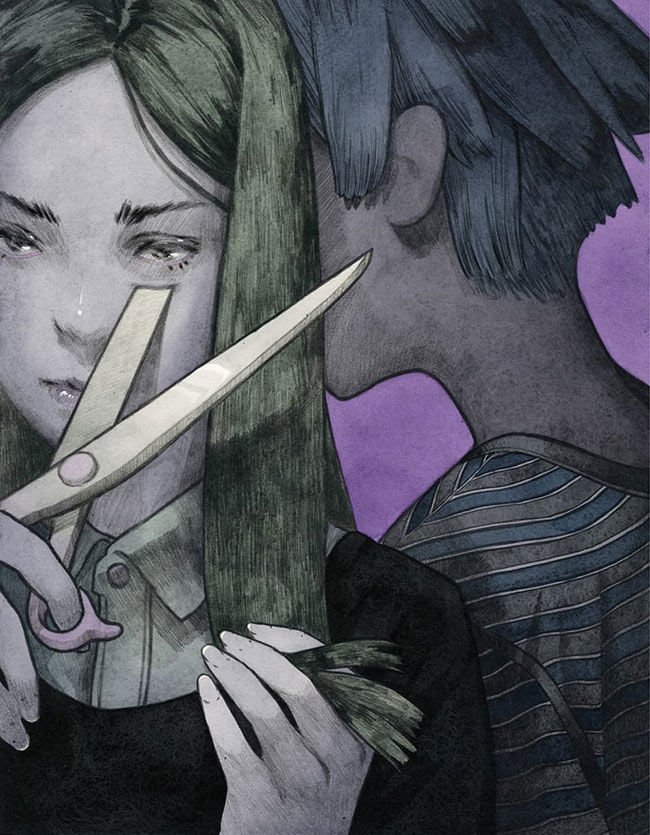 We’d love to hear you talk about a favourite creative experience and how it earned that status.

So, recently I went to New York City with two friends to share our portfolios with art directors. We were fresh out of art school and were looking for work. It was both really stressful and exciting because we had spent some time creating these art books to share with these people who were responsible for basically enabling our careers. Anyway, so our first meeting was at Penguin Random House with VP executive creative director Paul Buckley and the meeting ended up going great! And then, as we were on our way out, we realized that we spilled our coffee all over his office floor. Aaah! 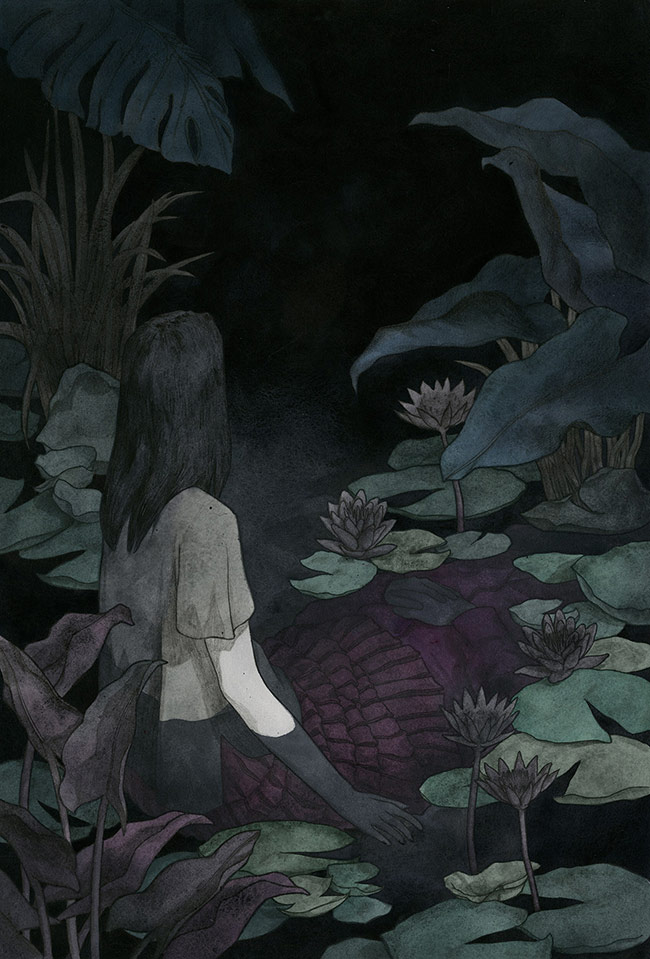 In one of the graphic design classes I took in school, I made a contemporary art book catalog on gender politics in East Asian contemporary art and pop culture. In this book, I found the method to Neon Genesis Evangelion’s usage of Times New Roman Condensed to be appropriate to appropriate for my project. So, then I spent all this time involved with this font, making this book that was basically a culmination of a lot of the things I was into at the time. Fast forward a few months later and I’m in the Philippines visiting my Lolo’s grave. What font did they use for the headstone? Times New Roman Condensed. 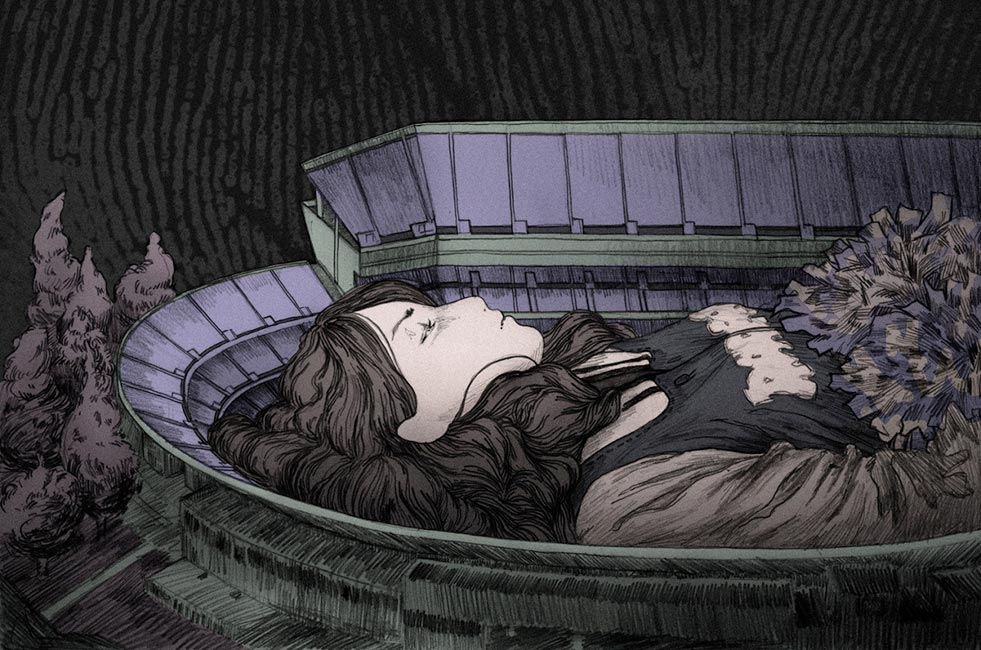 Last year, I was at a solo exhibition featuring photographer Ren Hang at MAMA Gallery in LA and I realized that I had enough money in my bank account to buy one of his prints. Granted, the moneys in my account were really just student loans for my living expenses so I obviously couldn’t afford to splurge on a six-thousand dollar print. The thought definitely crossed my mind though. And then once more when I learnt that he committed suicide earlier this year. Tragic.

What’s next for Leonardo Santamaria?

Right now, I’m working on applications for some MFA programs/residencies to apply for in January. Wish me luck! 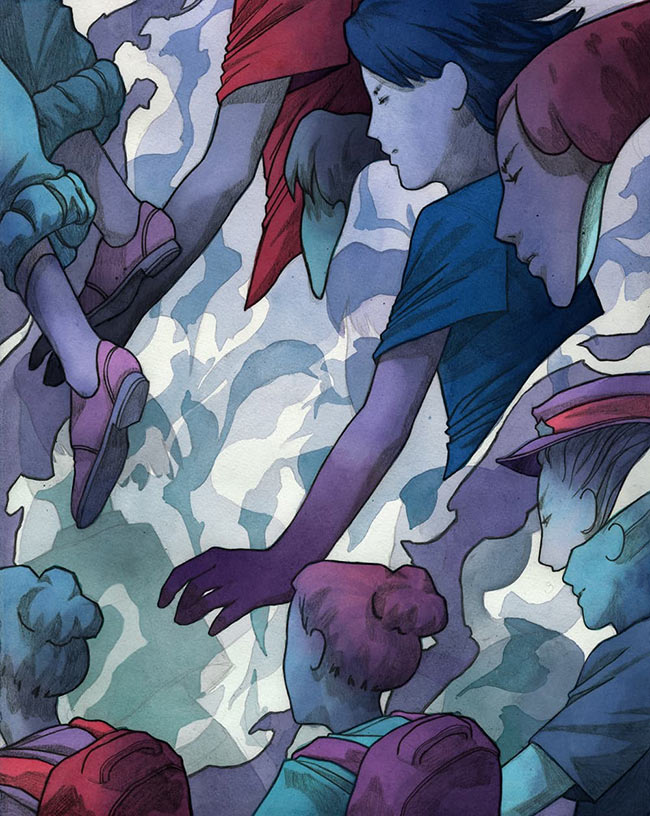 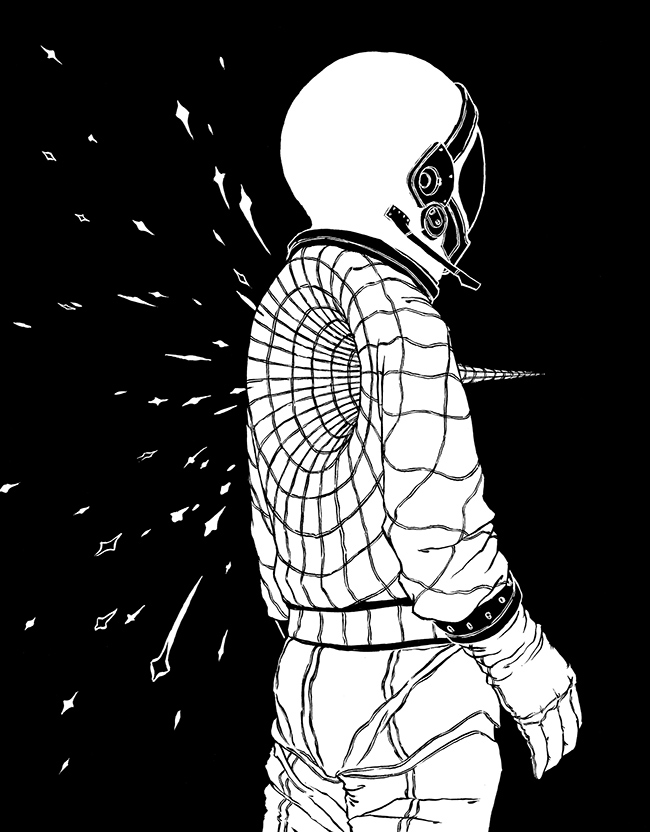 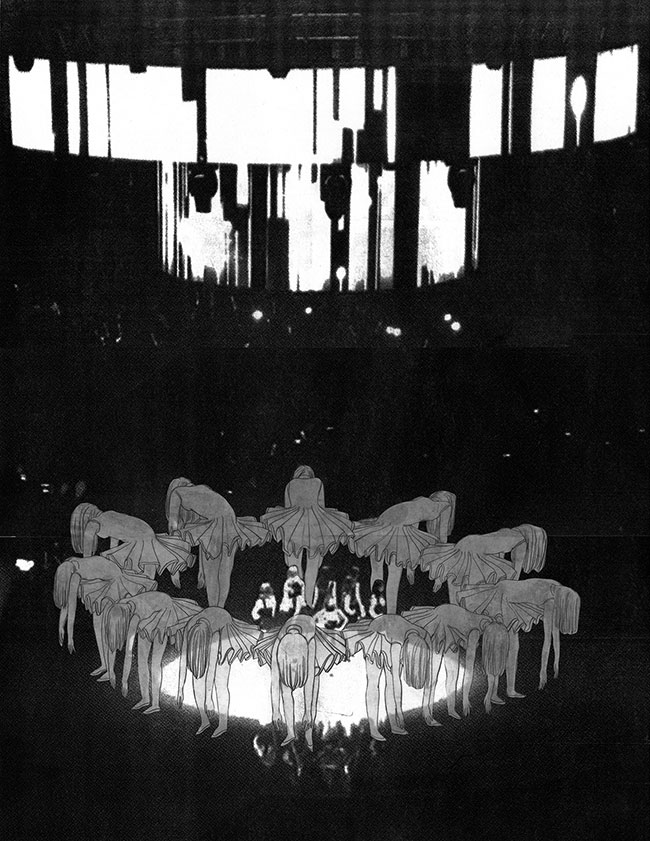 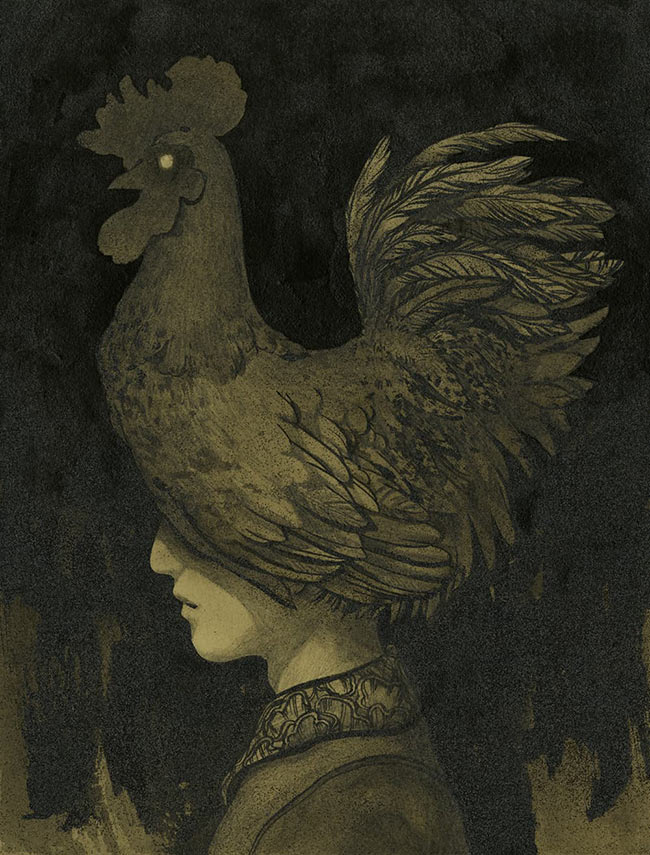 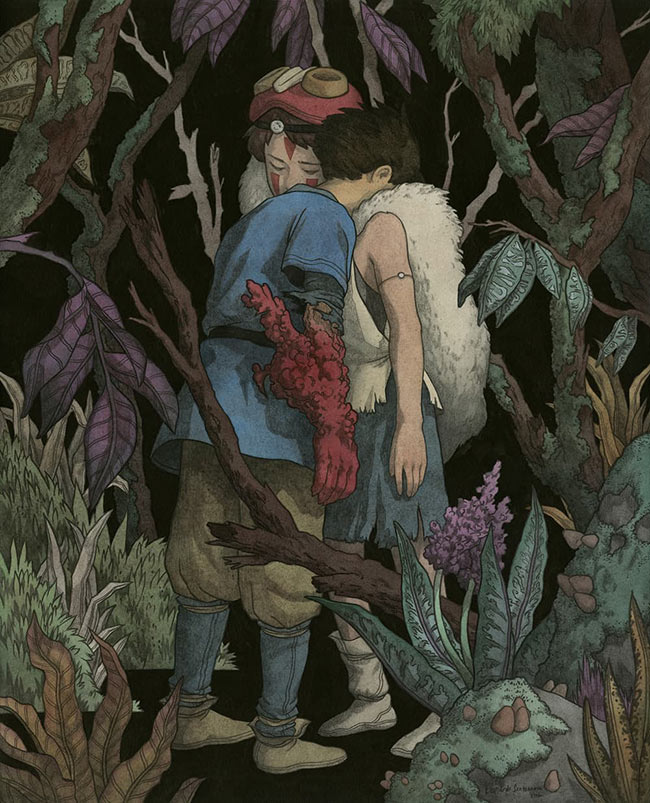 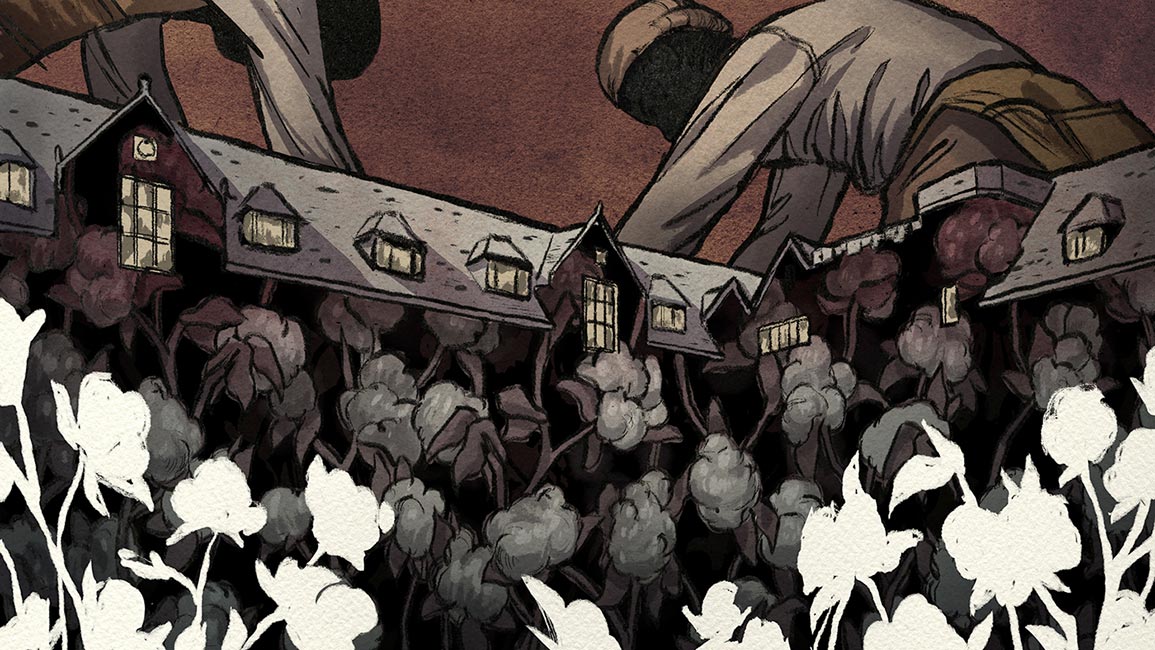 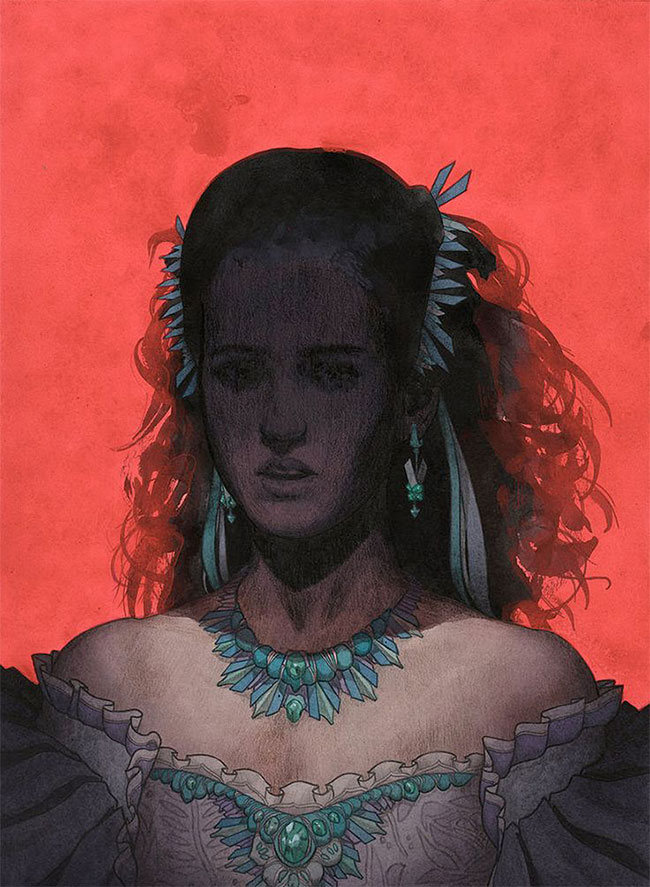 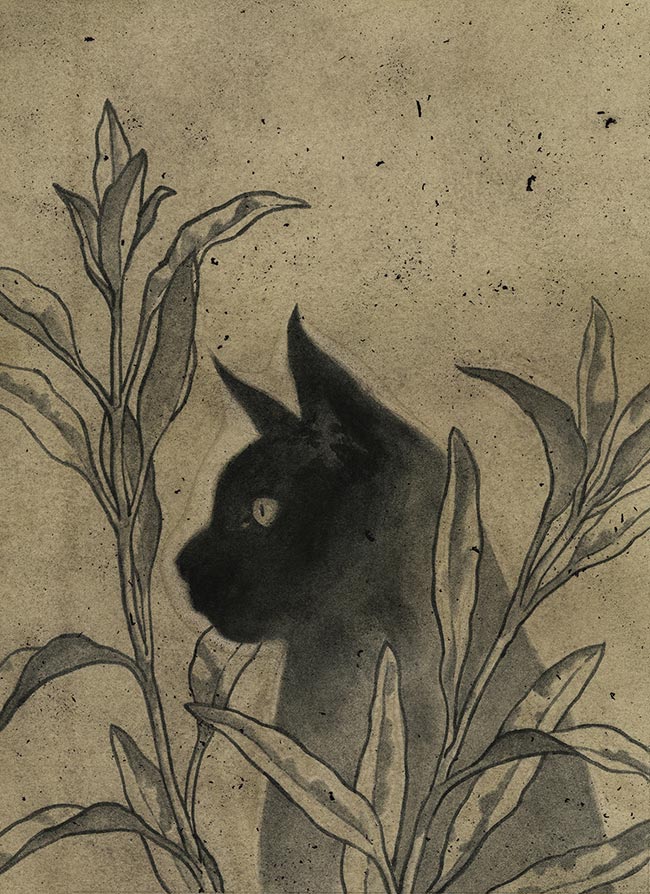 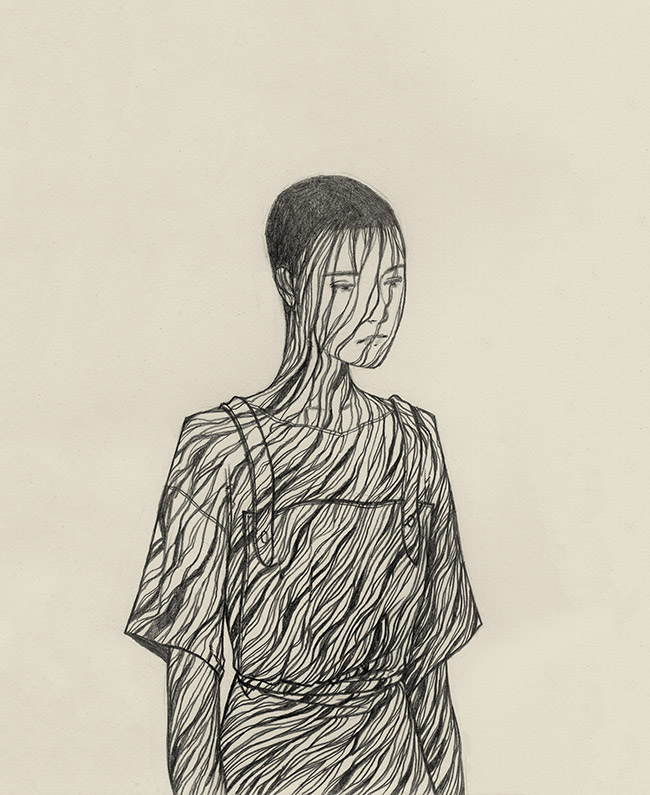 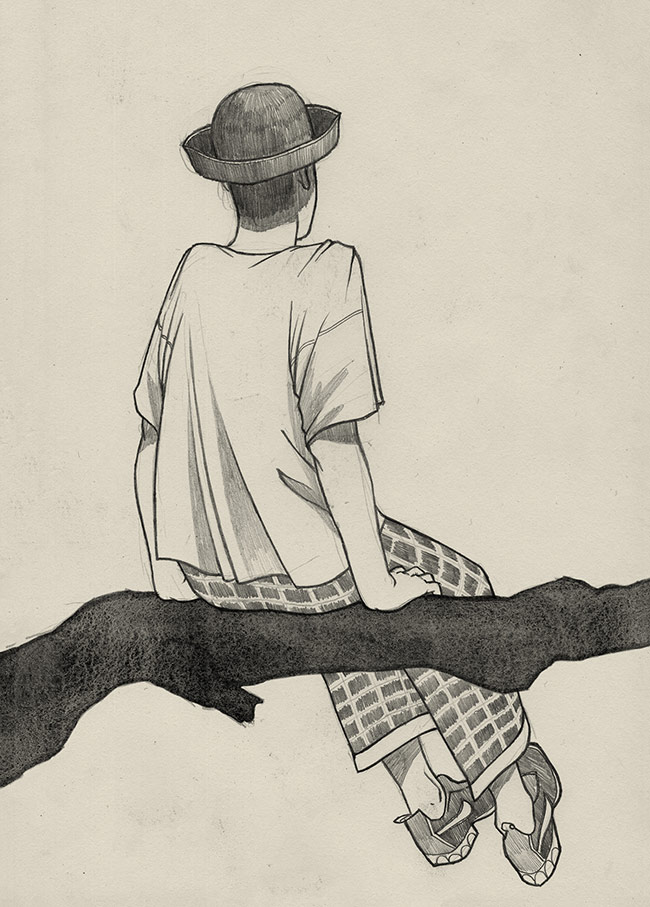 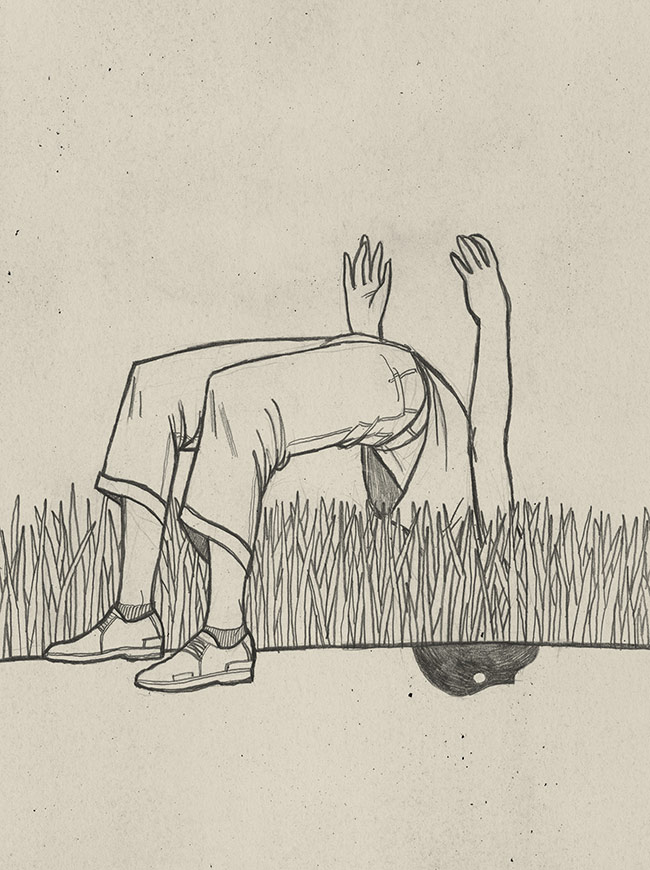