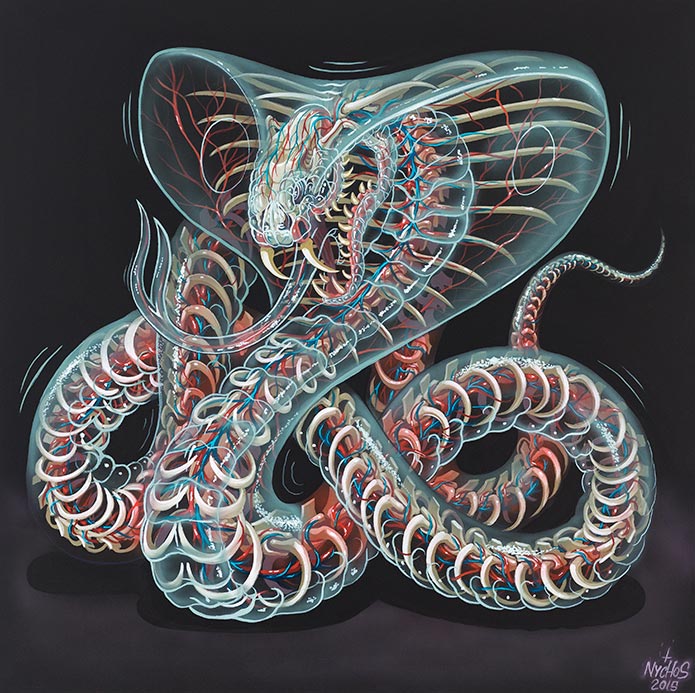 Nychos was born in Austria in 1982 and is currently based in Vienna. He is an integral part of the international street art scene and has created hundreds of murals. His work has also been exhibited in galleries located in cities throughout the world, including Detroit, New York, Paris, San Francisco, Singapore, Turin and Zurich.

Nychos’ childhood experiences strongly influenced him in combination with his artistic curiosity to establish his style in creating animal and human figures, dismembered and anatomically illustrated. He began creating street art at the age of fifteen and established Rabbit Eye Movement (REM) in 2004, an art concept that transformed into a gallery space and agency dedicated to connecting networks of artists. It nourishes the idea of creative destruction and the breakdown of society. “The rabbits operate outside of our system,” says Nychos, “and have no rules to follow.” He often collaborates with the world’s most accomplished painters, making him one of the most noticeable breakout artists from the Austrian scene. In 2011 he teamed up with several ‘Urban Illustrators’ who all have a kind of unique and weird style. DXTR, HRVB, Cone, Vidam, Look, Frau Isa, Rookie, The Low Bros and Nychos are ‘THE WEIRD’.

“My interest in animals, especially in their anatomy is probably a result of my childhood. I grew up in a family of hunters and have been confronted with all the stuff that goes along with that business since I was little. Watching my grandfather gutting the animals he had brought down before was very impressive. And you know, as a kid you are likely to absorb images like that. Of course, as every child at some point, I began to reflect things like death and asked myself the question what is going to happen to the body afterwards. That’s the point where the skeleton comes in. Considering the fact that we are all creatures, who are constructed of bones has been very interesting to me and I’ve always seen some kind of beauty in those fragile, white things that hide inside our bodies. When taking a closer look at all this, I was super-stoked to see and also to understand how these parts of the body work together.” – Nychos (WideWalls) 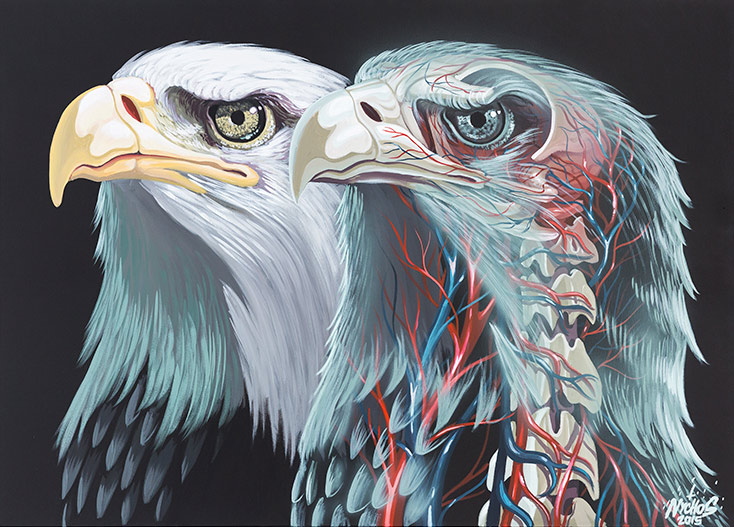 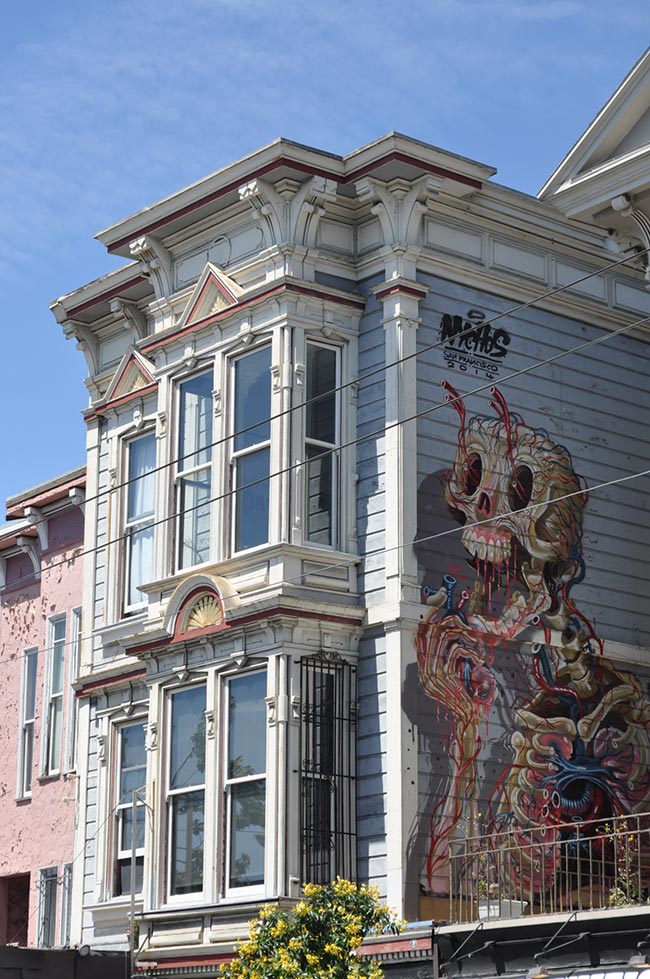 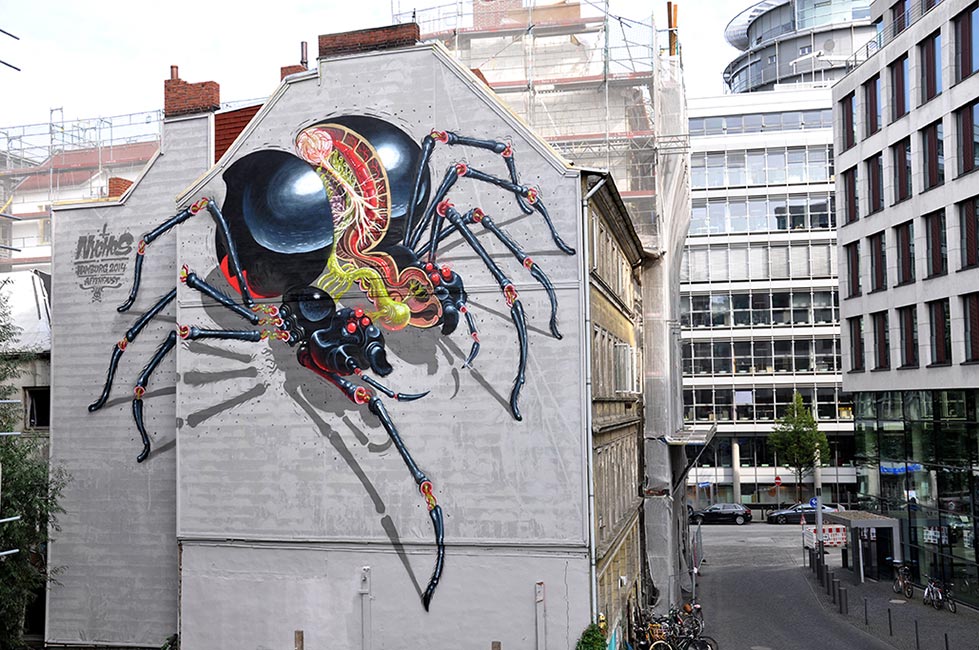 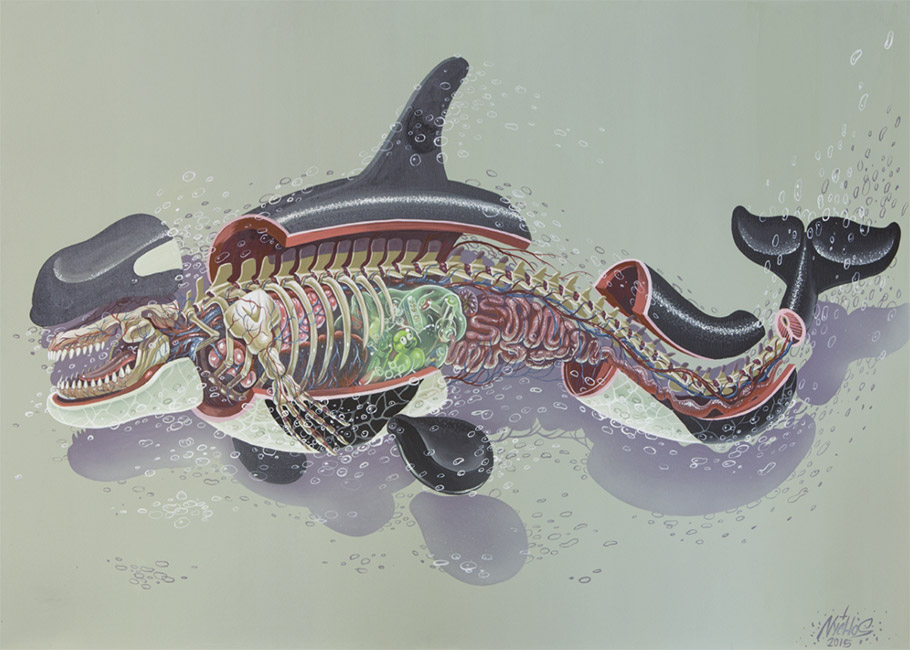 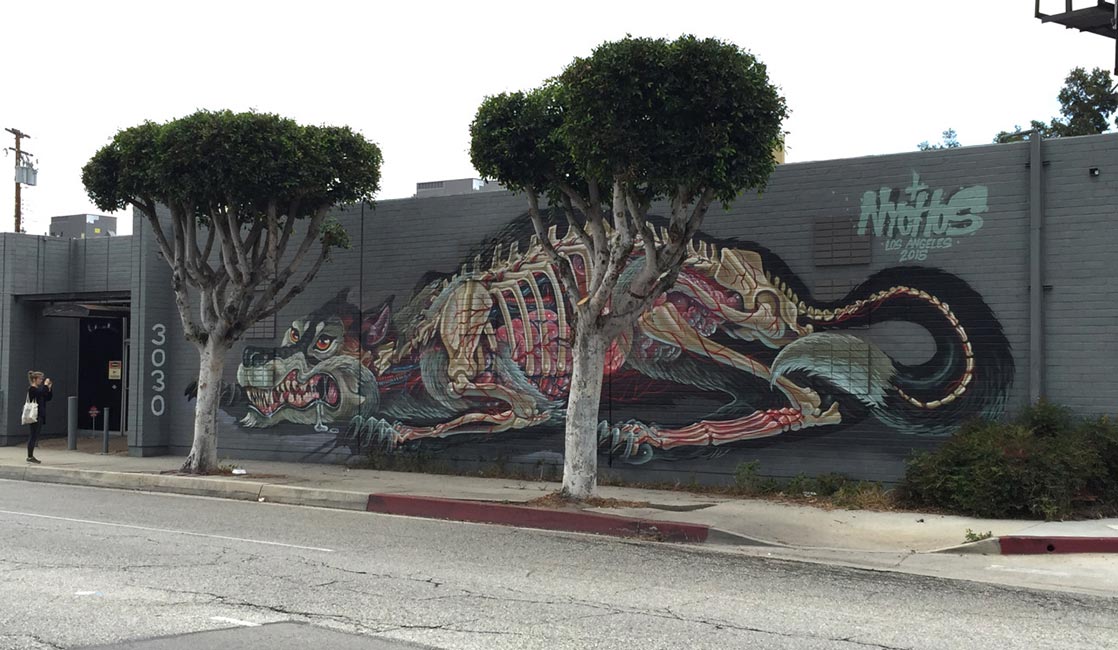 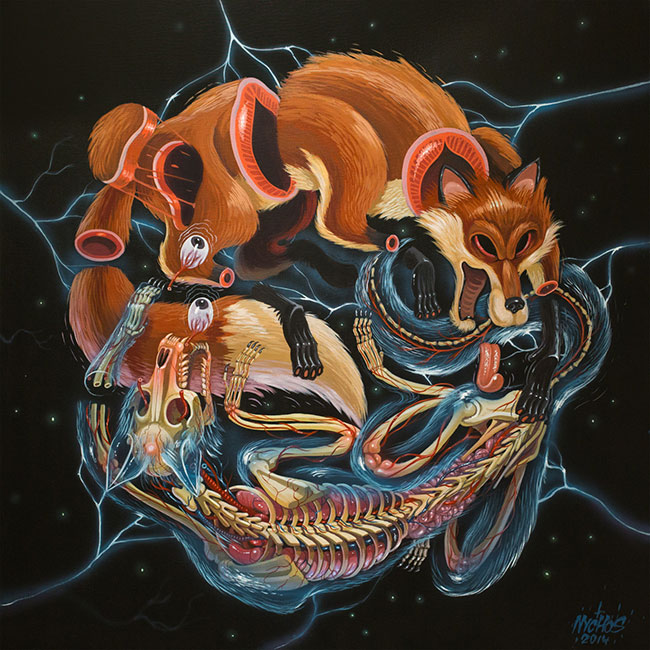 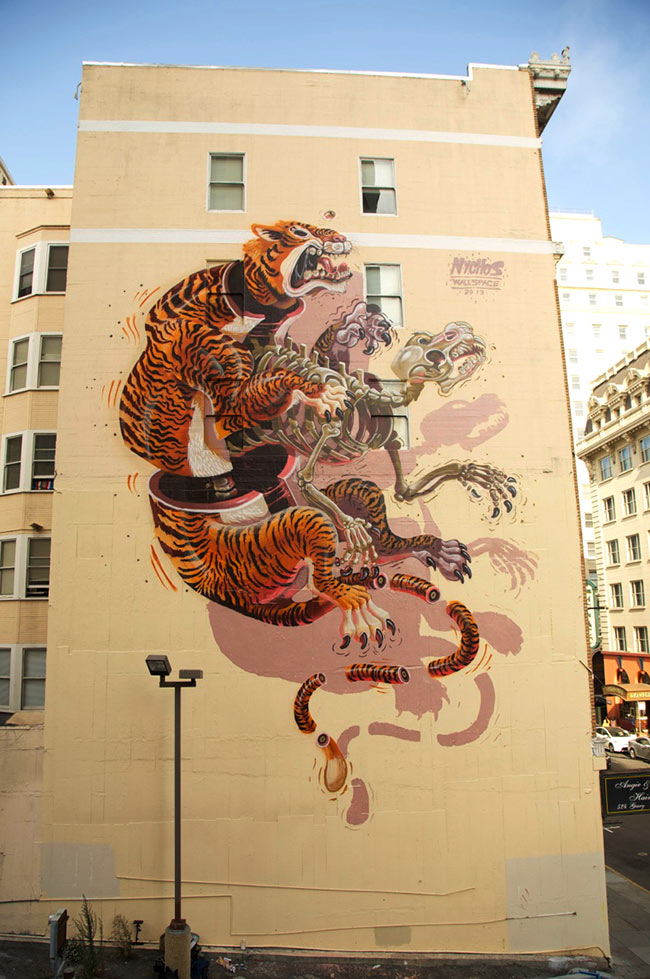 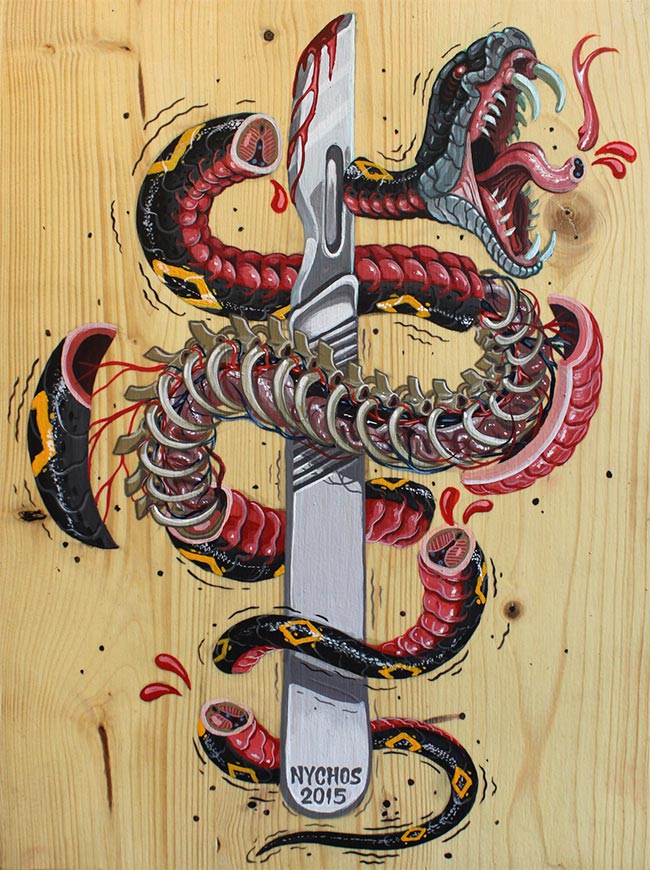 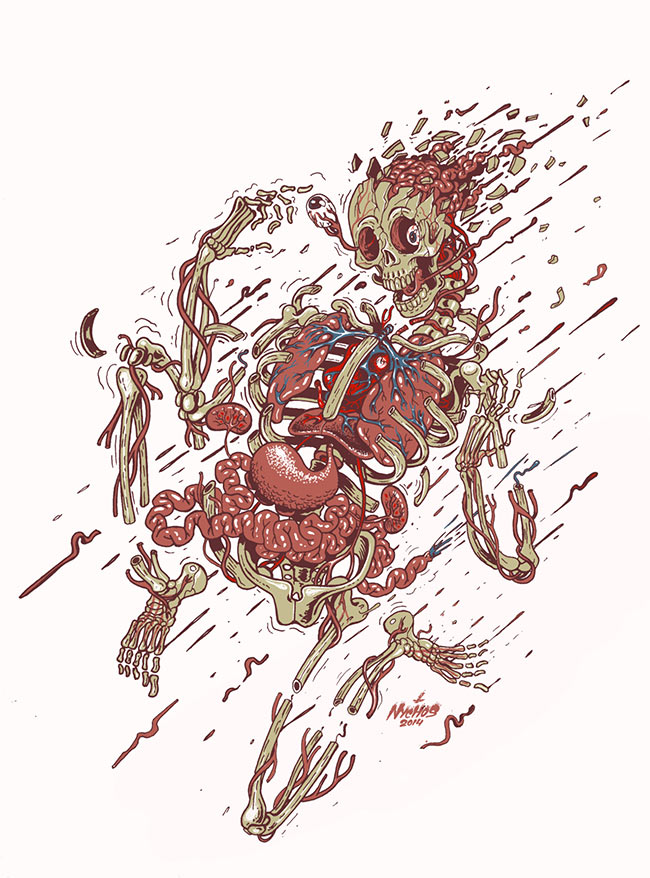 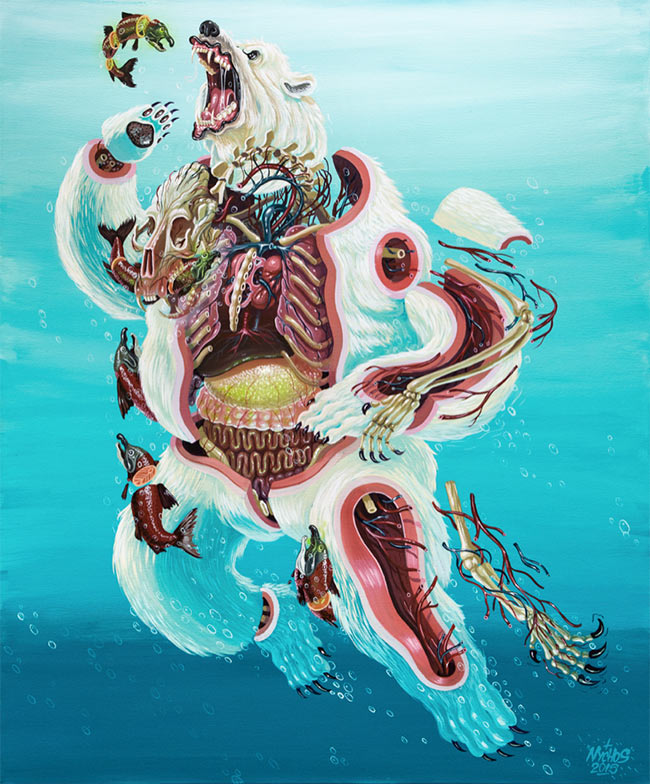 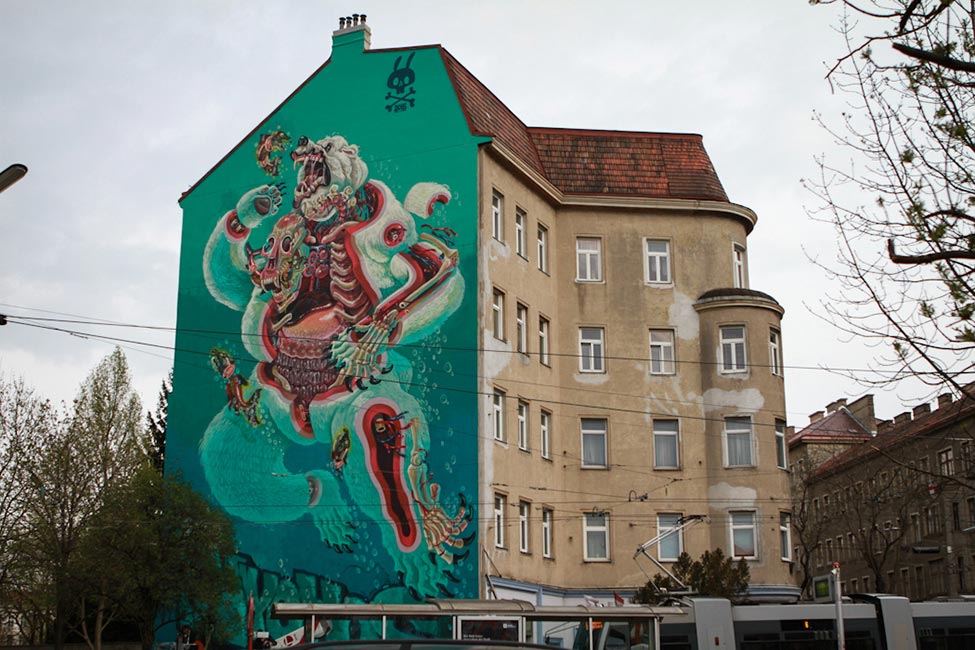 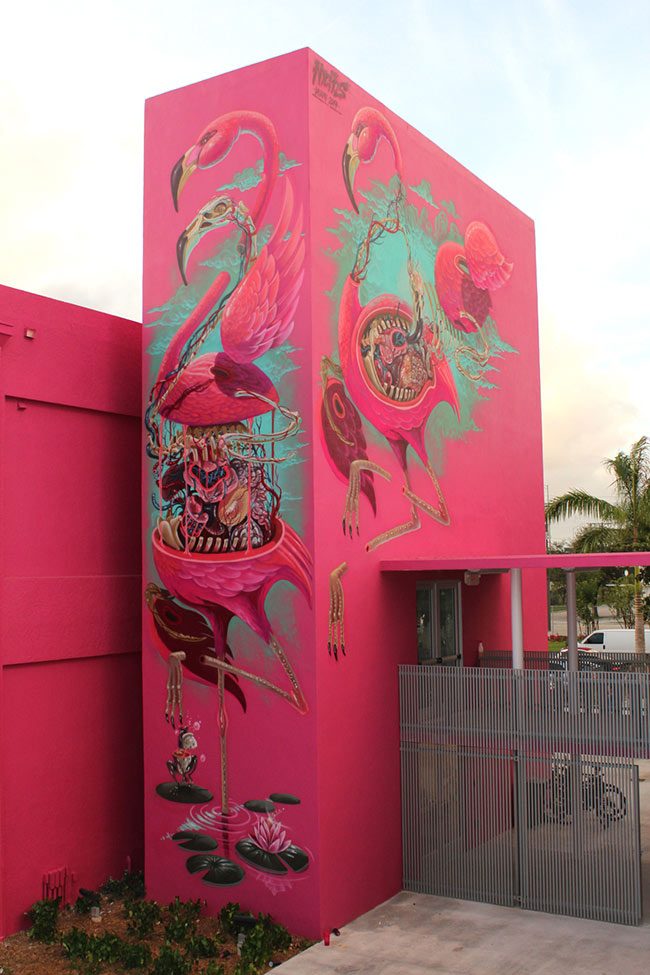